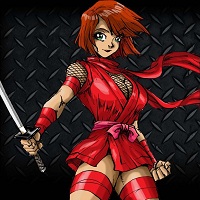 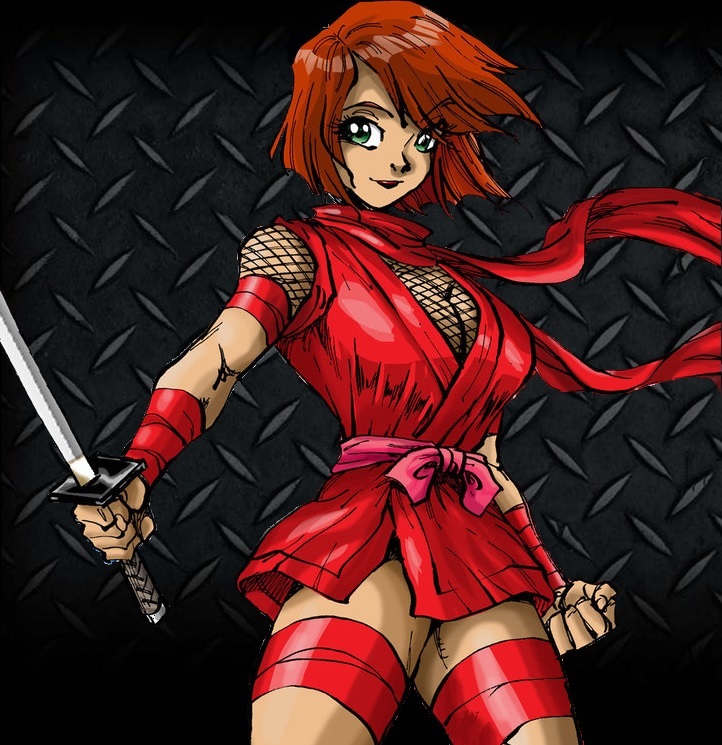 Personality:  Depending on who you ask she's either middle aged and crazy or as she likes to put it someone who is doing what they love to do, but still one to give back to the next generation.

Attire: She has a variety of different ones but her main two are the above, 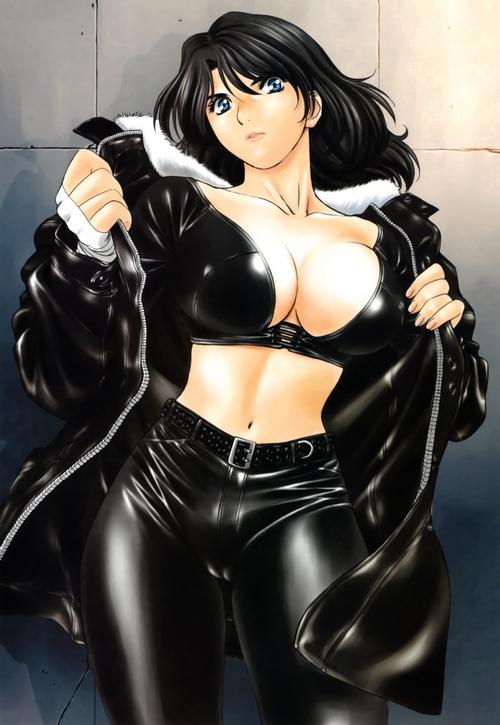 Style: She's all about old school and respect.  While she can keep up with today's youth she isn't afraid to slap them around and beat respect into them.

AFW Info: During her last tour here she didn't see much action due to other commitments, but remained as active as she could. A short time after returning back home to Canada she was involved in a terrible accident that almost claimed her life.

She was out of the ring for a good two years. During her recovery she gave verbal guidance to rookies that asked for her wisdom, which before she was injured she trained a few people.  After that time she did recover enough to live day to day life without much trouble her doctor told her she should never compete again, as her doctor feared that because of the nature of her injuries if anything were to happen that would say be a regular day at the office back in her prime could literally spell her end.

Of course she would have none of that and looked to return to the only life she knew, life on the road and competing.   Many promoters of her regular stomping grounds heard of what her doctor said and have since barred her from lacing up her boots there as a liability concern to them and herself.

While she still trained new comers her will to compete was too strong to ignore.  She then decided to return to afw, being the only place that contacted her saying they'll let her do her thing.

She comes back not seeking gold or hardware, she comes back with the intent of wrestling until she can either physically not go on anymore, can find peace and walk away with no regrets, or earn a warrior's death and fall in combat.

Despite that she is well and knows she has at least a few good matches left in her. Beyond that only god knows.

She has stated since returning she will face anyone on any roster, Friction or Tension, not being one to discriminate or hide against any man or woman. Her son Sion (as well as her daughter Kayura), his girlfriend Daisuke (which she has trained heavily when she started her own wrestling career), and their friend Lita and Lina have returned as well.  She confirmed that by facing anybody she means anybody, even them.

Since coming back she has given advanced training to Tension wrestler Steven.  While viewing some of the matches of other members on the roster she noticed that her long time in-ring rival Yamato has followed her here.

***Record during her second tour***
vs Sasha - (rematch from their indoor empty area on ice falls count anywhere match from her first tour) first blood match - Sasha over.
vs Steven - I Quit Match - Guest Referee: Jesse Wave - Kei over.
vs Wrath - Wrath over.
vs Yamato - Bullrope match - Yamato over.
vs Yamato - Hog Pen Match - Kei over (she would have had to retire if she lost)
vs Alaina Sanders - Hardcore match - draw via double knockout.
vs Raiden - Kei over.


note: She also competes on Friction (see that one for more update result info/this one might here might be outdated at times).