Name: Vita Cremaschi
Sex: Female
Age: 22
Eyes: Brown
Hair: Light Brown (but dyes it red)
Height: 5’3
Weight: 118 lp
Nationality: Italian (raised in the united states (specifically northern Italy))
Alignment: Face
Entrance music: Whatever she’s in the mood for at the moment, but if she had to pick a favorite; Tank.

Outfit: When in the ring Vita wears something similar to the picture above. She wears similar shorts and a sleeveless shirt cut just short of her bellybutton. The shirt looks like its a buttoned vest but the buttons are fake and can't be undone.

Personality: Vita is as open and bubbly a person one can be without being completely mad. She is very talkative, often jumping from one topic to another as her mind wanders. If asked a question there is a good chance that she’ll answer a completely different question or answer it in a way that answers nothing. Despite her friendly persona she can be somewhat impish, though if she is insulting someone she prefers to do it in a way that won’t be apparent right away.

Past: Born in Italy, Vita was always an odd kid. At first her parents thought that she was a tomboy, there wasn’t a tree she didn’t climb or pile of dirt she didn’t play in. She also showed a competitive side to herself early on, getting into races or climbing competitions and earning her share of scratches and bumps. There she started showing her competitive side. It wasn’t long before she got into wrestling when some of her brothers got into it, and by the time her family had moved to the United States she was already a big fan of the sport. It was there she met her future best friend, Kara, who she eventually got into wrestling. Though Kara fell out of it when she hurt Vita (turned out she had a nasty tempter) but Vita was never the type to hold grudges and she never stopped trying to get Kara to get back in the ring.

She also met her other best friend, Rian a local swimmer who was also a close friend of Kara’s. Soon the three became inseparable, and even after Vita moved back overseas she kept in contact with them. Rian even followed her when she said that she needed a manager, soon after the two joined the AFW, and Kara was not far behind her.

Fun Facts
- She’s a big fan of steam punk stuff (if her outfit didn’t give that away).
- The one thing that annoys her the most is someone who's too thickheaded to change their mind or try to solve a problem differently. It's gotten her in more than a few fights with Kara.

Relationships
-Kara: A mix of rival and best friend, as well as one of the few people who can pull her back to the ground. They’ve known each other since they were little.
-Rian: If Kara’s grounded Rian lives in a basement as far as Vita is concerned. They make a good team though, and Vita does care for him though maybe not as much as he does.

Stats (out of five)
Endurance: ** While she has boundless energy she isn’t a tank and it won’t take many hits to hurt her.
Strength: ** She’s stronger than she looks, but that’s all that can be said for her.
Speed: **** Some say that when Vita runs the wind has to catch up. Of course that’s entirely untrue, but she’s still pretty fast.
Defense: **** Vita isn’t the type to enjoy pain and she knows she can’t take many hits. She relies mostly on her speed and unpredictability to keep her out of harm’s way but she doesn’t know many counters.
Technique: * Vita relies on being unpredictable and keeping away from following a predictable style. This means she doesn’t bother learning many technical moves and the ones she does learn she changes every time she uses them.

Style: She tries not to stick to a particular style but she uses areal and submission moves most often and she rarely uses strikes.

Preferred Matches: She’s pretty much up for anything.

Favorite moves: Vita tends towards aerial moves and some submissions.

Finishing Moves
-Bounce Pad: With her opponent laying on the ground and Vita on a turnbuckle, or any high point. Vita will leap onto her opponent, feet first, jump off and immediately turn around and drop onto her opponent elbow first. A surprisingly safe move for Vita as far as an aerial move can be. She might, and often does, try to spice it up by running to the opposite turnbuckle to repeat her leap instead of going for an elbow drop.
-Piston Press: With her opponent’s arms wrapped up with the ring’s ropes, Vita will try to slip between the middle and top ropes and wrap her legs around her opponent’s abdomen. After a few seconds Vita will swing around so that she’s facing her opponent with her legs hanging outside the ring, and punch her opponent’s stomach while her other hand holds onto a rope. If she’s in a hentai match she might use her free hand to tease her opponent. 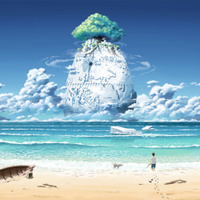