Leiko immediately lost her composure after Suyou refused to let go and said her last statement, while her smile was replaced with a small, unconfident grin and giggles, before saying something back with her cute voice. "Well... That's nice to hear but, you don't mind if you let go, I-" Her statement was cut off when Suyou placed Leiko in a painful bearhug, especially how hurtful it is since Leiko suffered many attacks to her back during the match that hurts as hard as this. Her eyes instantly widened and her mouth released a scream of pure agony. "UWAH! Y-You... What are you doing... to this poor girl?... IT HURTS!!" She can't take it already, her face already showing signs of weakening. What's worse, escape maybe impossible since her arms are trapped in the bearhug as well and she was literally off the mat due to the major height difference. 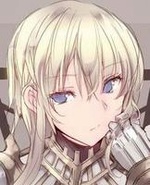 Suyou giggled giddily, keeping Leiko tight in her arms. "Awww, does it hurt?" Suyou cooed. "Don't worry. Suyou will make it all better." Withhout letting up pressure on the bearhug Suyou would kiss along Leiko's neck, suckling at her skin to humiliate her. "We're gonna have lots of fun together, you and I. I gaurantee it." She would give Leiko a couple of more tight squeezes to her weakening body.
_________________
FRICTION
Sarah Gatt | Rika Smart | Nanako Jounouchi 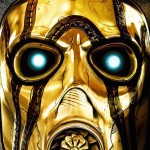 Leiko should've just walk away and leave Suyou in utter defeat, but instead, she attempted to befriend Suyou. So much for that now as she was put into this horrible situation, all because of the words she foolishly said. She attempted to resist the bearhug, trying to get an opening, but never found one. Her face slightly blushed when she was getting humiliated, especially the kiss to her neck. After the first squeeze, she gave another loud cry and she weakly looked at Suyou with her half-opened eyes. "Y-You... will pay for this! I-" She was once cut off again as the second squeeze put a tremendous strain on her body and released another loud cry. It literally taken away most of her consciousness after her cry ended.

"No..." She whispered, barely audio to even Suyou herself. It was not before long she completely lost consciousness and her entire body fell limp, her head tilting to one side, exposing the side of her neck as a result, allowing Suyou to do anything she wants with Leiko to humiliate her further, or something else to her desire. Her face looked cute and adorable when she is unconscious, and her breathing has become very soft now.

In truth, Suyou would have been more than happy to be friends with Leiko, if the girl had asked in a more normal way. Telling Suyou she would be a slave immediately brough out her dominant nature. In any relationship, no matter what it was, Suyou was always the dominant party member. Once Leiko made it clear Suyou would take orders from her, that was the last straw.

When she felt Leiko go limp in her grasp Suyou smirked victoriously. "What a little cutie you are!" she gushed to Leiko's unconscious body. With her neck nice and exposed for her she suckeled long and hard on her neck, giving the girl a large red mark there. Once that was done, she shifted Leiko slightly in her arms, so she could give her a long kiss straight on her lips.
_________________
FRICTION
Sarah Gatt | Rika Smart | Nanako Jounouchi

Despite Leiko being completely unconscious, her body reacted perfectly to the kiss, her face automatically blushing just by the contact on the lips and despite that, still made a soft groan. Her head tilted backwards so that it faced the ceiling due to no support her head has, and continued to remain unconscious, breathing very softly again.

Breaking the kiss Suyou smiled at Leiko's unconscious face. She couldn't wait to play with her new 'toy'. She unwound her arms from around Leiko, holding her limply in her grasp. Then with a flourish she would toss the girl over her shoulder like she was nothing but a prize, slapping her on the butt for good measure. "I've had fun here today," she said idly, then broke out into a wide grin. "But we're about to have even more fun together." With a flip of her blond hair Suyou left the ring with Leiko over her shoulder for a little backstage fun....
_________________
FRICTION
Sarah Gatt | Rika Smart | Nanako Jounouchi

Leiko's limp body was easily flopped onto Suyou's shoulder, still completely unconscious, yet still groaning silently after that pleasant kiss. Whatever is coming next, she probably wouldn't like it, at all.

Re: Leiko Vs Suyou (Complete)