Isa - The Angel of Ice

Isa - The Angel of Ice

Isa - The Angel Of Ice 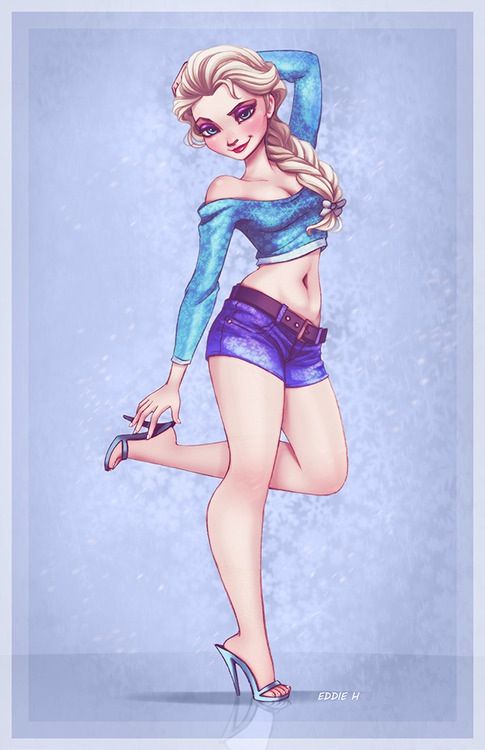 
Wrestling strategy: Isa is used to relying much on her size advantage or lower-body strength in matches. Her opponents have been on the smaller side, so those have usually taken her far enough.  Her traditional cavalcade of moves include smothers, submissions and scissors, really anything she can do when the opponent is under her body. She doesn’t usually want to use more force than is needed to control the opponent, and has rarely used power moves, strikes or aerials, but is willing to experiment with them if necessary.

Preferred Matches: Most of Isa’s wrestling experience is from quite innocent bed matches with her friends, and she’s used to having her matches on the softer side. However, she’s mentally prepared to have most of her matches quite standard in the ring of AFW. She’s open to other innovative ideas as well, but wouldn’t really want to do any hardcore matches, if it was her decision…

Endurance: ★★★ – Isa is used to quite long matches, and is capable of controlling smaller opponents for lengthy periods of time. However, she’s not really used to taking a beating.
Strength:★★★ – Isa is proud of her natural (that’s what she claims) lower-body strength, her thighs have proved to be her deadliest weapon in matches. However, her upper body strength is not really impressive.
Speed:★★ – Her usual wrestling style hasn’t required Isa to make speedy moves in matches, so situations requiring them could get her in trouble.
Defence:★★ – Isa has used to being in control of smaller opponents for most of the time, which means that her defending abilities from equal opponents might not be the best.
Technique:★★★½ – Isa has a vast technical knowledge of controlling moves when on the ground. She has quite good knowledge of other moves as well, but doesn’t really have experience in using them.

Strikes:★★ – Isa is not really used to using strikes, and hesitates using them unless absolutely necessary.
Submissions:★★★★★ – Most of Isa’s wins have come by submission, she often wants to wear her opponent out by using a great variety of them.
Powerhouse:★★ – Isa hasn’t really used power moves a lot, although would like to try them out on smaller opponents though.
Aerials: ★★ – She has some knowledge of them, but not really experience of using them.
Counters:★★ – Her countering abilities count a lot on her size and lower-body strength, and if those aren’t doing the trick, she might be out of ideas.

Finishing moves: Prolonged controlling and wearing our her opponents have by themselves often resulted in them submitting, but she has developed a couple of finishers.

The Frozen Driver: With a dazed opponent in front of her, Isa tucks their head between her thighs for brutal standing headscissors. Then setting them up as if for a piledriver, she’ll drop down on her knees but instead of letting the opponent fall down, she “freezes” the movement making sure the opponent’s head will be crushed against the mat still under the pressure of her thighs, while stretching the opponents legs backwards over her shoulders.


Personality: Isa is, despite her alias, above all a warm-hearted person. She’s very innocent, very kind and always thinking of other people’s best. However, she also tends to keep to herself, and while she’s known by her friends to be a great listener, she rarely opens up a lot of herself. She likes to think that if she needs to fight back against someone, she would be very capable of doing that, she just never happens to run into that kind of situations. She also tends to value more inner than outer qualities of people. In the ring she tends to use only the amount of force needed to control the opponent, but if her opponent turns brutal, she refuses to be a victim without a fight.

Past/History: Isa was born and raised in Iceland. Both her parents were natives, and his father worked as a volcanologist in the Iceland Met Office. Her mother was a doctor, and both of them worked a lot. She spent a lot of time as a kid with her grandmother, who was always telling her to be a good girl, help others and not to be selfish. Probably due to her grandmother’s warm-hearted way of teaching things about life, she grew up to cherish those values in her own behavior.

Partly because of that, at one time when her father was complaining at home to her mother about needing an assistant at work, Isa suggested whether she could help. Her father didn’t really like the idea at first, but soon he realized it would be a useful way to decrease his own workload and connect with her daughter better. So when Isa was a teenager, she preferred joining her father for field trips on various volcanoes than lounging at the shopping mall with her friends. She never really took liking of typical teenager stuff, even boys were not that interesting to her, actually she found their behavior quite silly. It was much more interesting to learn about volcanoes with her father.

Eventually, Isa ended up in the University of Iceland studying volcanology. She moved to the campus and got herself a roommate, Julie. They soon became good friends. One night they were sharing a bottle (or two) of wine together, Julie asked Isa whether she liked about wrestling. Isa admitted watching it a few times some years ago, but considered it to be a bit goofy men’s play. Julie then asked whether Isa didn’t think that girls could wrestle, to which she replied “Well, I guess they can…but do they?”

Sure they did, as Julie was about to prove Isa. It emerged she was secretly a huge wrestling fan, and started teaching Isa all kinds of moves. They ended up having a lot of bed wrestling matches together. Isa loved it, and learned quickly. However, Julie was quite a bit smaller than her, so Isa soon became the dominant wrestler. She asked Julie what she thought about that, and Julie convinced that she loved wrestling her, even if she was doomed to be the jobber. But that they could always try to find out if there were any other eager wrestlers in the campus…

Isa and Julie decided to publish an invitation at the campus: “Any girls who love to wrestle are welcome to the gym campus at Midnight on Monday!” They were quite skeptical of anyone showing up, and wanted to time the event so that there wouldn’t be any unwanted visitors. However, a few girls actually showed up. They started sparring with each other, but after some time they noticed a guy observing them. He quickly turned away as if to leave, but Isa stopped him. Being the thoughtful person she is, she realized he must have just wanted to join the fun, and invited him to participate.

The group began to meet up every once in a while for a training session, and eventually ended up arranging some tournaments to perform for the other students of the campus. For that purpose they wanted to create unique wrestling aliases for each other. Julie came up with the “The Angel of Ice” for Isa, who resisted at first, but ended up with “OK OK, but not any wings then!”. Although trying not to get too much attention at first, the shows became popular events at the campus. For some reason, Isa happened to be the biggest wrestler of them all, and was usually the one who ended up winning. Meanwhile, Julie had become the group’s jobber.

After a while, it was time for Isa to head for her exchange studies in Japan. She was excited to go to this other land of volcanoes, and was eagerly waiting for her journey. It was a bit disappointing for her little wrestling group to lose her at least for a while, but Julie had come up with a plan to make them still see her in action. Behind Isa’s back, Julie plotted a scheme to make her an application to AFW. Needless to say, Isa was readily accepted, and it was time for Julie to tell her the news.
Isa: “But… But… What were you thinking? Yeah I know I’m strong, and quite skilled, but I’m not a PRO!!”
Julie: “Oh don’t be silly… You’re the best wrestler of our group, don’t worry, it’ll go great!” "I can join ya!" 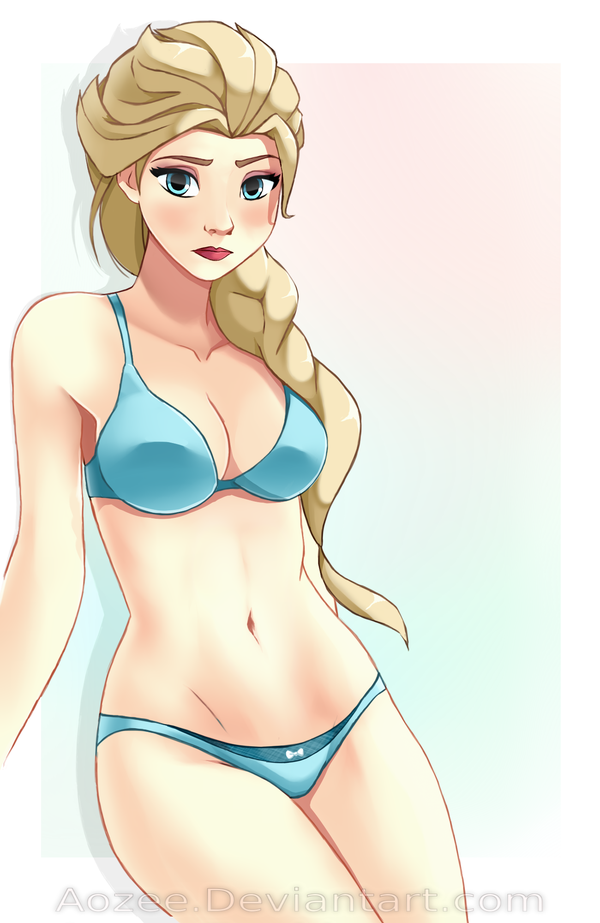 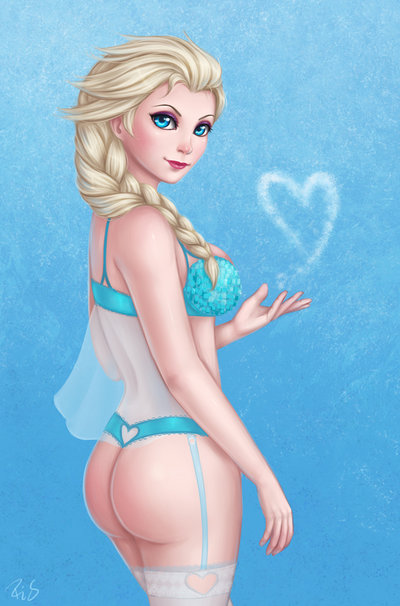 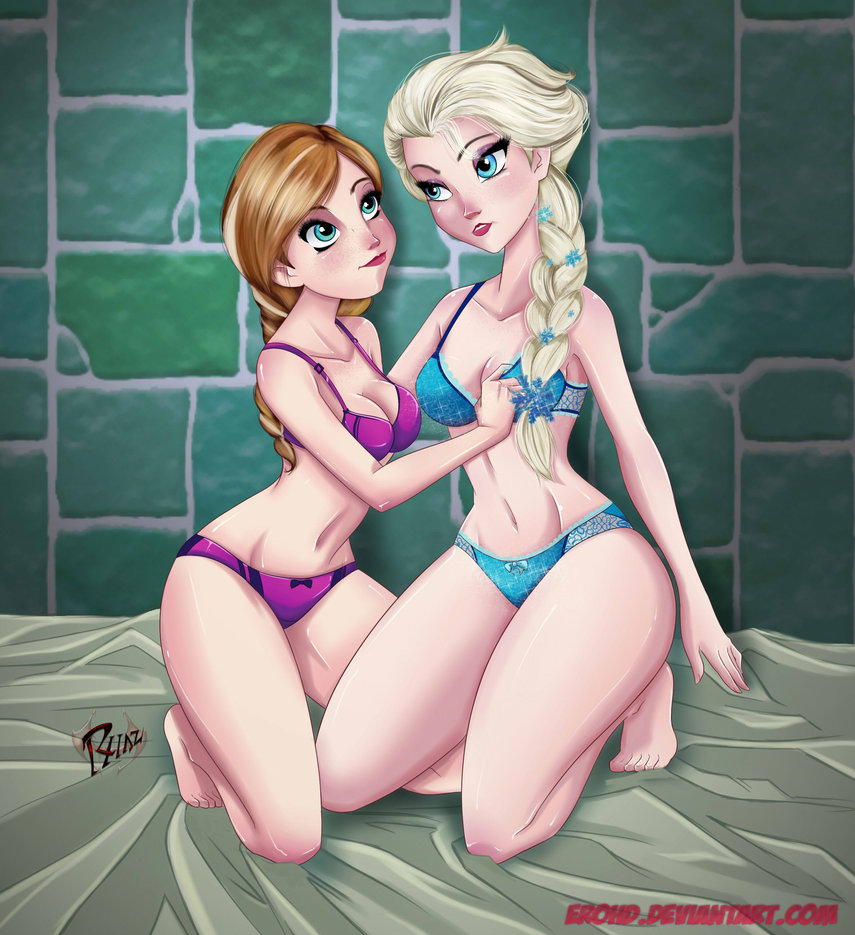 Isa is not quite sure why Julie insisted on taking this pic... 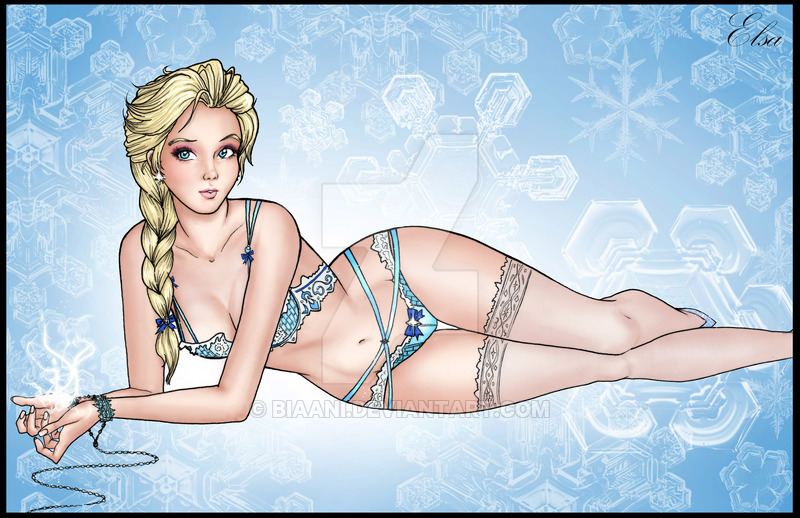 Fun Facts:
- Isa can name every active volcano in the world
- Her powerful thighs have largely been gained by horseback riding up and down the volcanoes of Iceland
- She has seen nightmares of Albert Einstein hiding under her bed

Spoiler:
Isa faces a local AFW brat, Kaede Komatsuzaki. Her lack of manners gets to Isa's nerves, but eventually there was no escape for Kaede from Isa's submission holds.

Isa faces a British redhead, Emilia Sanfordson. Her rookie opponent starts off the match extremely nervous, but turns soon brattish in the ring. Isa manages to convert the irritation caused by her opponent into determination to defeat her.

Isa travels to Kyoto to face an opponent from Tension, Ataru Toranami. She lets her scissoring capabilities shine, and gains some fanbase from the sister show in the process.

Spoiler:
Isa gets signed up for her first PPV, the Summer Splash 17! She participates in a random pairing tag team match, ending up fighting with Aisha Love! Everything is looking great in the beginning for the girls as they have some size advantage over their smaller opponents, Yuki Onna and Spring Tiger. But unfortunately for Isa, especially Yuki's agile and relentless strikes manage to disarm the blonde effectively from her strengths, and Isa gets quite a rough beatdown...

Isa faces a veteran, the Amazon Alaina Sanders! Despite her persistent effort, the Angel of Ice ultimately submits to the powerful veteran. However, after the match it becomed evident, that Alaina is rather impressed with Isa despite the blonde's loss...