Strategy: Camelia rather use her strength to directly confront the opponents, with a change between quick hits and strong blows. She is not afraid to take a couple of hits, if she is capable to exchange a strong blow to even it out.

Pink Peach! - Camelia runs towards the opponent, at full speed then jumping towards them, while turning around and aim to hit them in the head or chest with her buttocks. This can be also be made by first gaining balance from the ropes, jumping from an elevated position or even without balance or running.

Pinky Charge! – Camelia facing towards the opponents, charges at him before leaping forwards with her head down, aiming a head-butt towards either their chest or head. She can also start with an Irish Whip into the ropes and instead of jumping, just ram into their chest.

Beetle Smash – Camelia after putting her opponent in a standing headsccisors, picks them up and places over her shoulders, before jumping to a seated position and using the momentum to slam her into the floor back-first.

UFO Crush! – Camelia in the top turnbuckle jumps towards the opponent that is laying down, doing a front flip mid-air and land seated in top of the opponent make her buttocks hit their chest or stomach.

Spider Trap - Camelia runs towards the opponent, then putting her hand in their waist and would boost her legs upwards, warping around their head. Keep the momentum, she taking a full spin around the opponent, grabbing the arm from the opposite side, pulling it towards her, and locking both legs together. 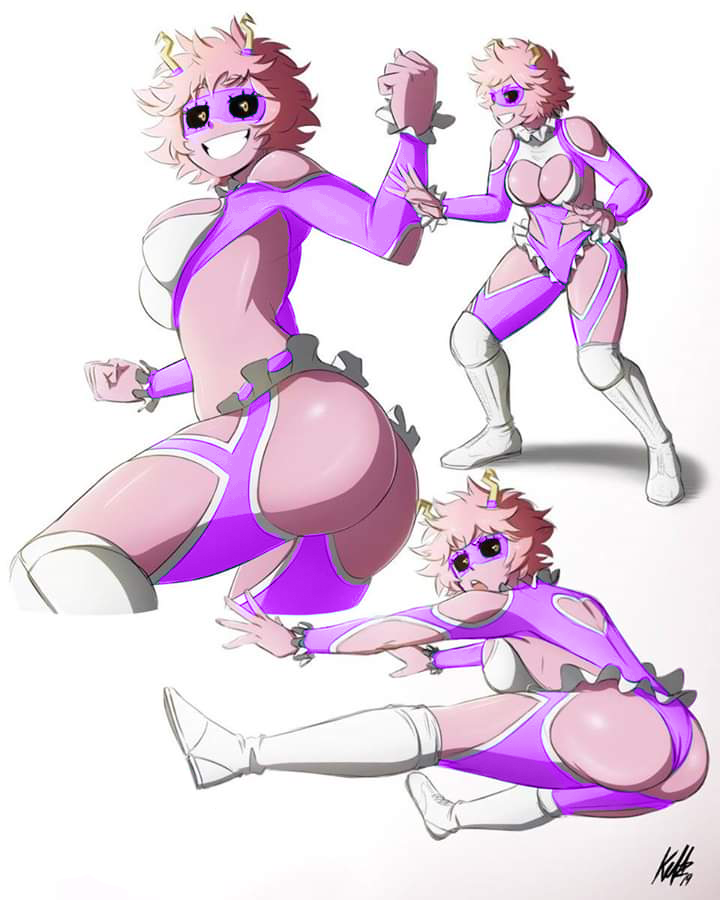 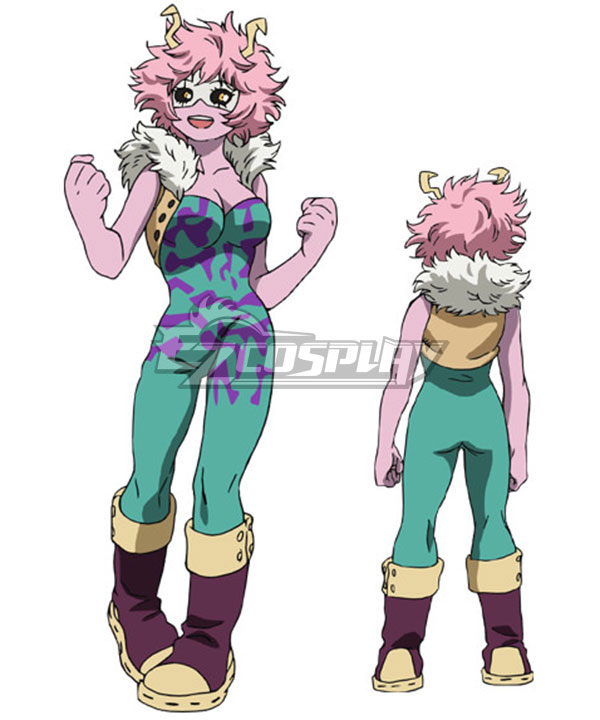 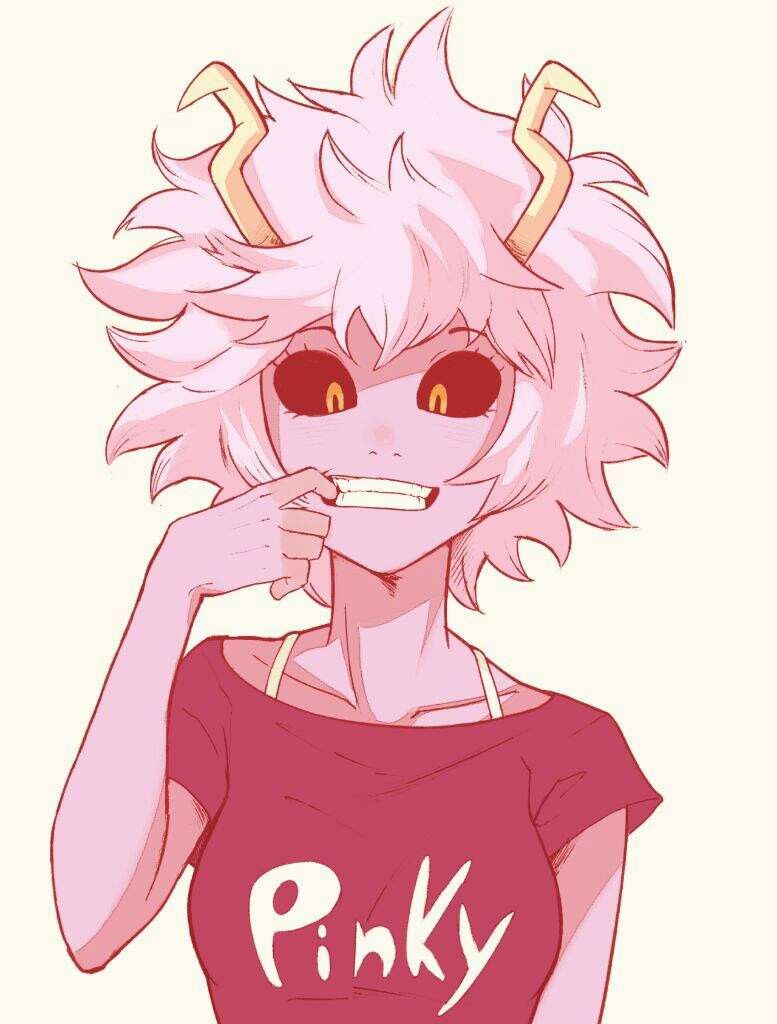 Causal (and ready to party.): 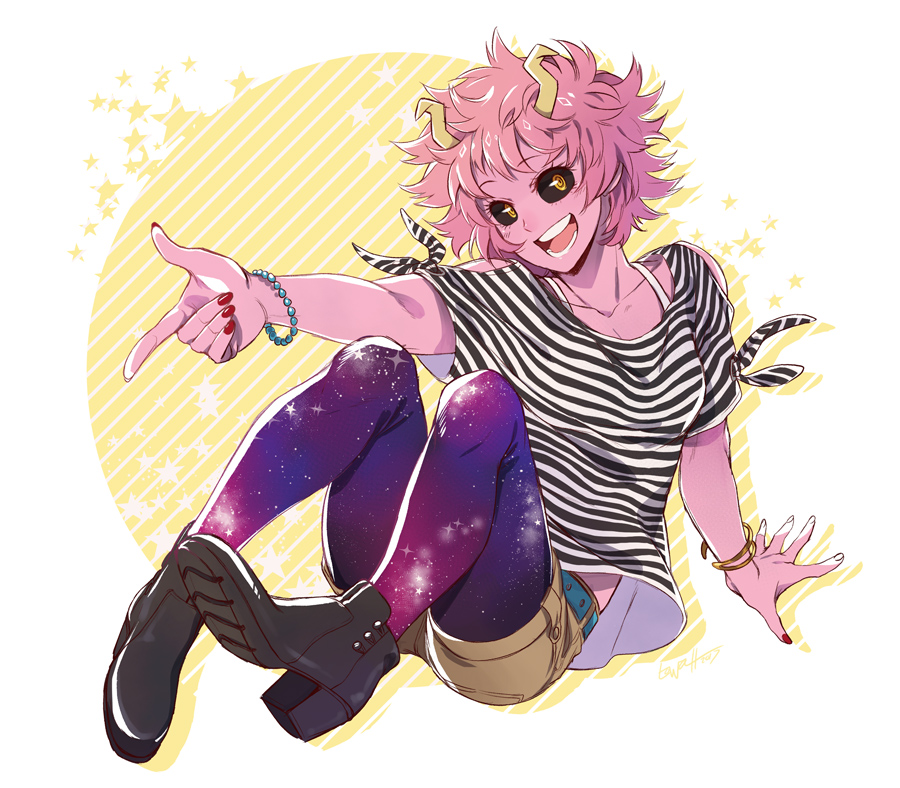 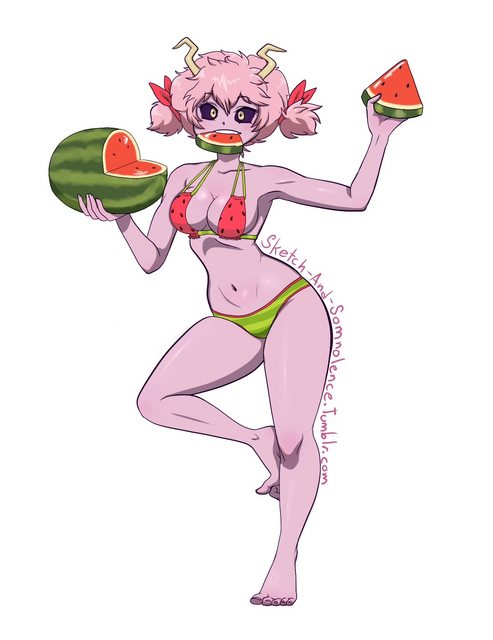 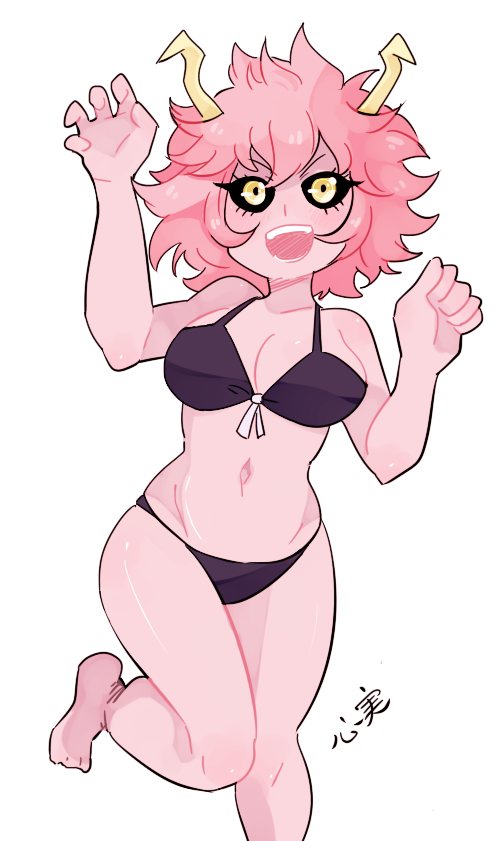 Personality: Camelia is an energetic and happy woman, a bit irresponsible, but not a lot. She usually tends to mock others, in friendlier manner, even if something more offensive may come out. She sometimes might get angry at someone and become aggressive even starting saying a couple of swears. Since she tends to happen a bit, she tends to calm down faster and be less aggressive towards friends.

Past/History: Camelia when was little had a problem with her natural hair color being different, especially since it was pink, which was completely different from everyone else. This lead to some kids start making fun of her and in response she became aggressive towards them, insulting and even fighting them. Of course, this created even more problems so she had to start control herself. Her friends had the caution of not talking about her hair color, which made the relation a bit tense and they could be afraid that she could get angry at them by it.

With the passage of the years, she had already overcome the anger towards the jokes about her hair and even turn that into her strength, even using pink body paint all over her body and making her nickname “pinky” showing she didn’t had problems with it anymore. However she instead of controlling the anger she just redirected to something else, so to let it out joined a wrestling club and with the already fighting experience she had, it was more suited to her and even grew the enjoyment for fights.

Camelia continued her studies, and decided to try to go towards Biology, because since kid she had felt an attraction towards Insects and arachnids so wanted to study them more. However a crisis had hit her parents and they couldn’t afford her the access to college. So she decided to change her area and turn the wrestling from hobby to her future, so she could get money and help her parents get through the phase, sacrificing her dream. So she decided that she would join AFW, to get money and even for love for fights.

Fun Facts:
- Camelia still keeps her loves for Insects that even names some of her moves after some of them. Also enjoys the when bizarre ones appear in movies or games.

- She also has a weird like for aliens, think would be cool to meet one, see their technology and even believe a little that they exist. This lead to her creating a fan club, and there she got her title of Alien Empress, not only because her interest by them but she looks one herself.

- Camelia even uses plastic horns, to stimulate the image of an insect.