Strategy: Yumi tends to play with her enemies, toying with them. Her own way of acting complements it, weirding the enemies out or even scare them enough so they can’t think straight and use that to attack.

Yumi usually uses strikes and throws just to do as much pain as possible, then trying to finish it with a submission. This is her favorite way of attacking, due to weaken them out first before finishing them by remove their last bit of stamina away. She sometimes just attacks randomly without even having really thinking about it, which might put her in unnecessary danger and weird situations.

Yumi might sometimes use some illegal attacks and break some rules as sometimes not remembering them or not caring.

Preferred Matches: Pretty much any type of match.

Black Viper: Yumi, standing behind the victim, first straddles one of the their legs, then reaches over their near arm with the arm close to the opponent's back and locks it. Squatting and twisting to the side, flexes the opponent's back and stretches their abdomen, which also means leaving their abs exposed and open to further holds such as a claw to the victim’s abs, or simply punching them. This move can also be applied to a seated opponent.

Despair Inducer: Yumi facing an enemy seated or leaning the back of the head against the turnbuckle, or lying on the ground, stomps one of her feet into their face and rubs it. If she wants, she grabs the victim’s arms and pulls them as she pushing their face with her foot and rubbing it, or even start stopping them repeatedly. In case the opponent in on the ground Yumi can choose to simply just press both feet into their head simultaneous and rub them. After the maneuver is finished, she can follow up with any other attack.

Jumping Spider: Yumi with her back turned to the victim and from an elevated position, jumps off doing a 180 mid-air turn and a double front somersault before landing with her back or rear on the victim’s stomach or chest.

Twisted Devil: Yumi wraps her legs around the victim’s neck and closing the noose with one of her lower legs in a figure 4 fashion, starts squeezing. She can then tighten the hold or she can lean back using her arms to prop her upper body up and she can jerk her bottom around to add to the misery of the victim. Another version of the hold, best described as a hanging figure-four neck lock, the wrestler stands on top of the turnbuckle, wraps their legs around the head of the opponent ,who has their back turned against the turnbuckle, in the figure-four and falls backwards, choking the opponent.

Kingdom Come: Yumi picking up the victim and placing them in seated position on turnbuckle. Yumi climbs the turnbuckle, and places the victim head under her arm pit, draping the opponent's near arm over their respective shoulders and let’s herself fall backwards and flips the opponent over her so they both land on their backs. 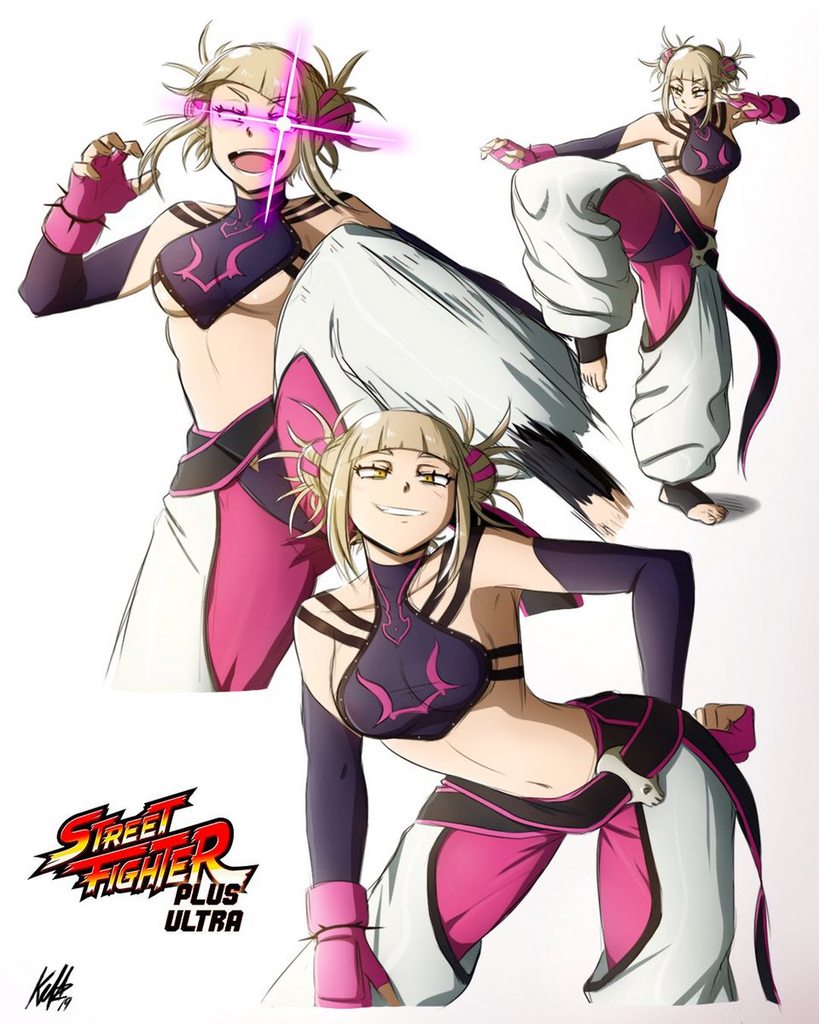 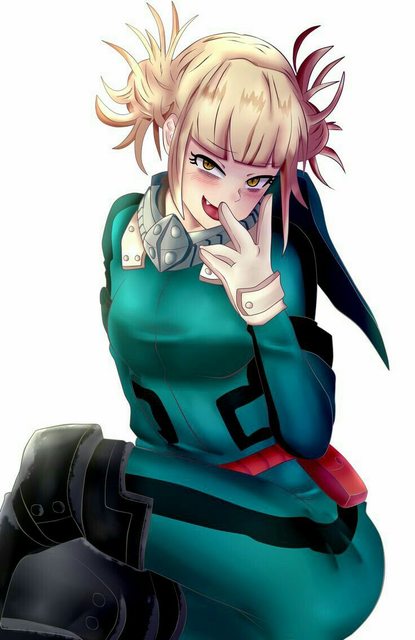 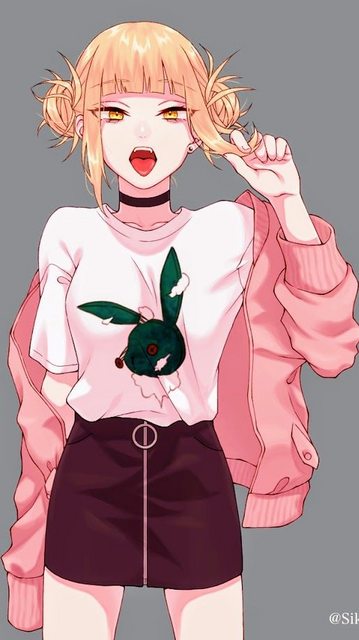 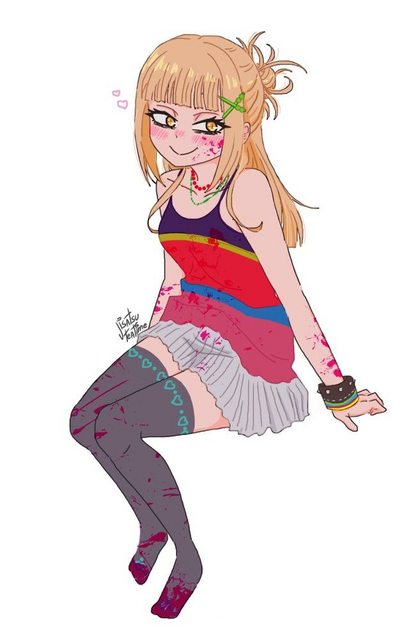 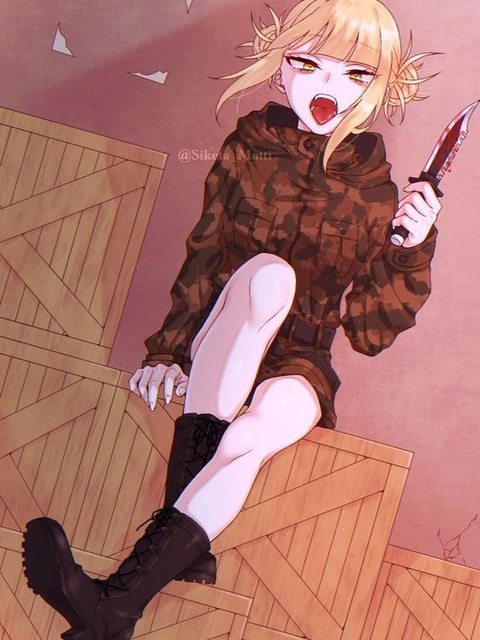 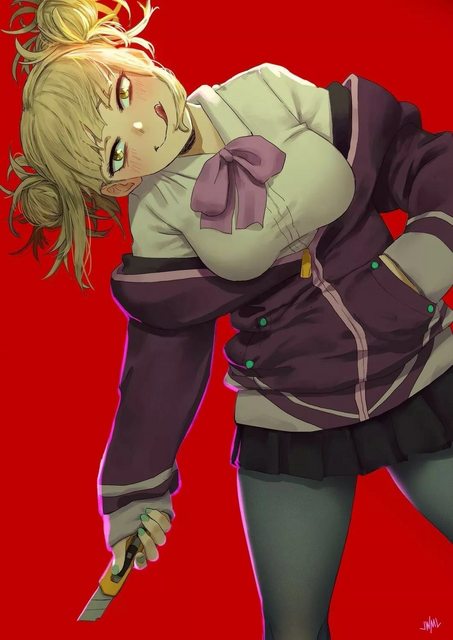 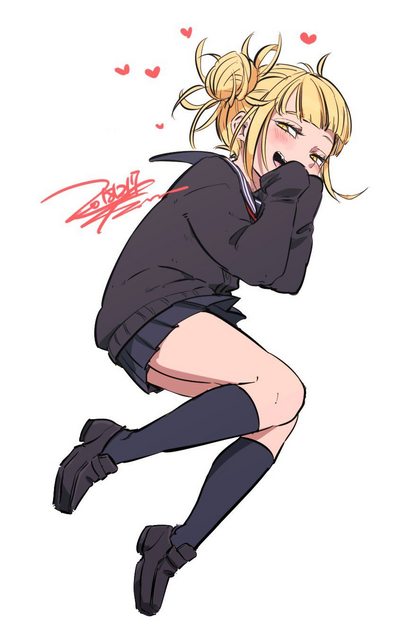 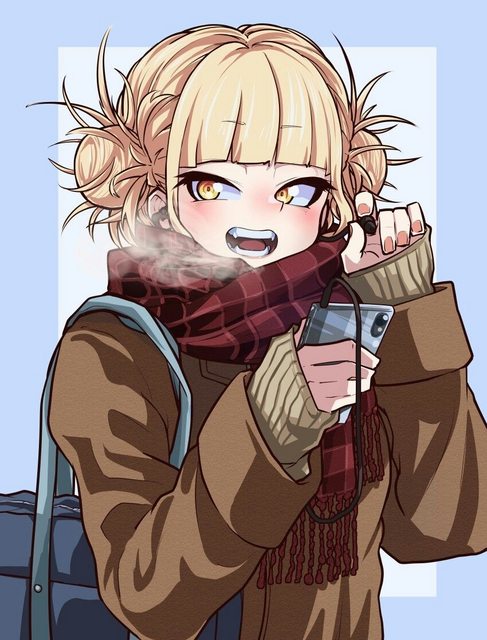 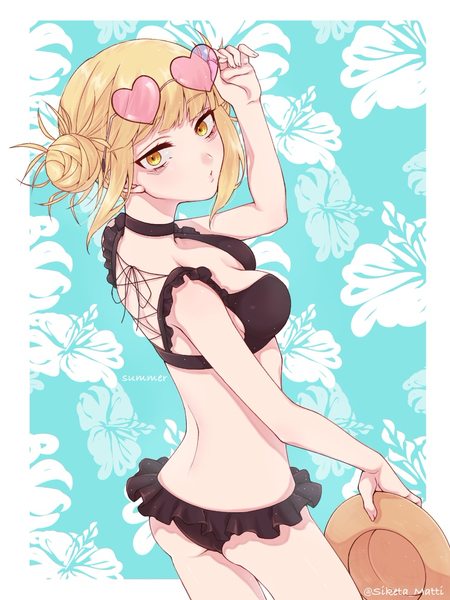 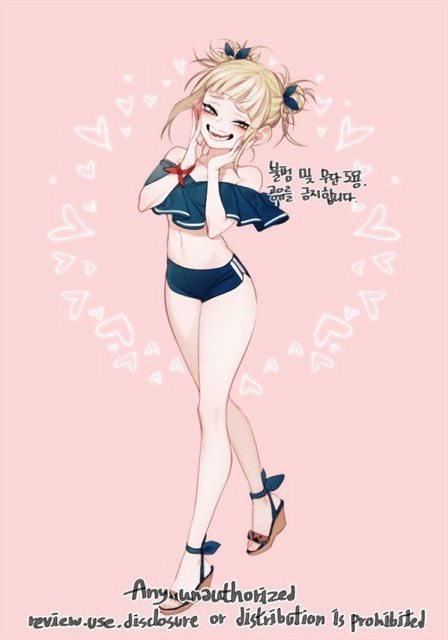 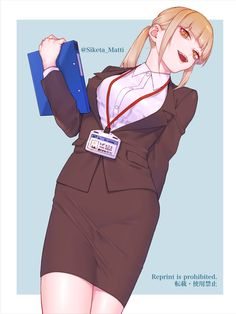 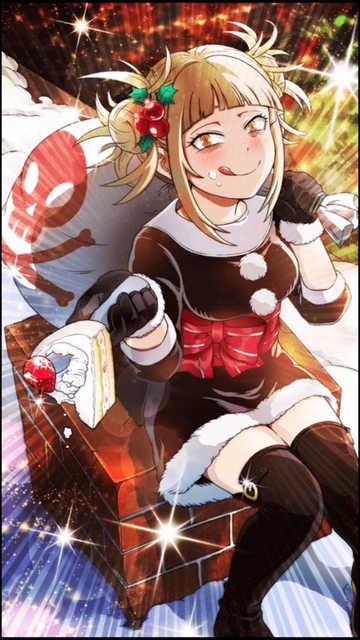 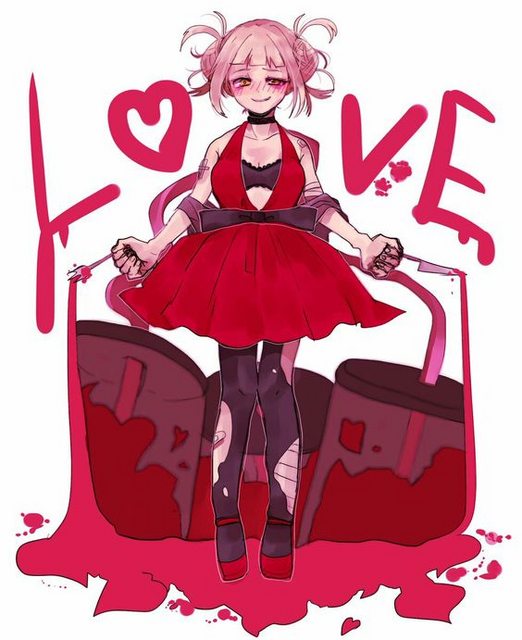 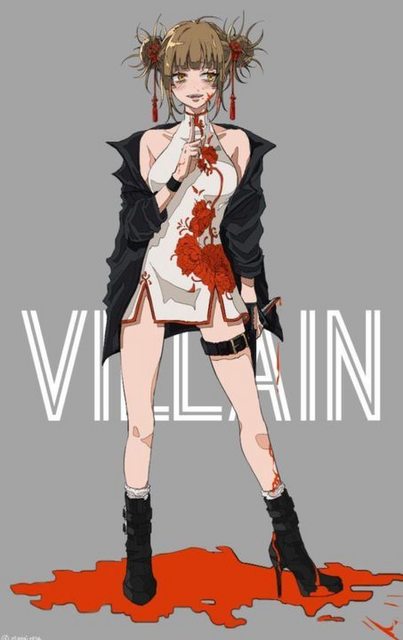 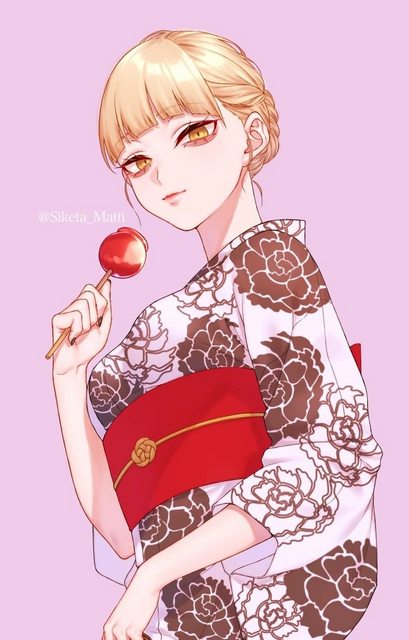 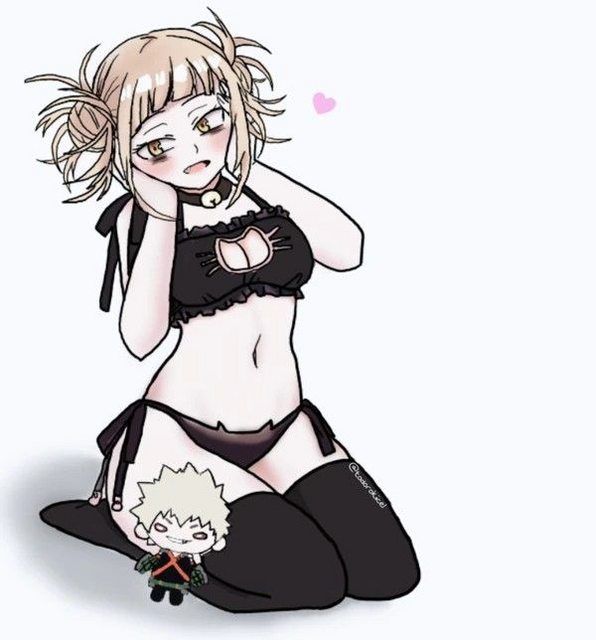 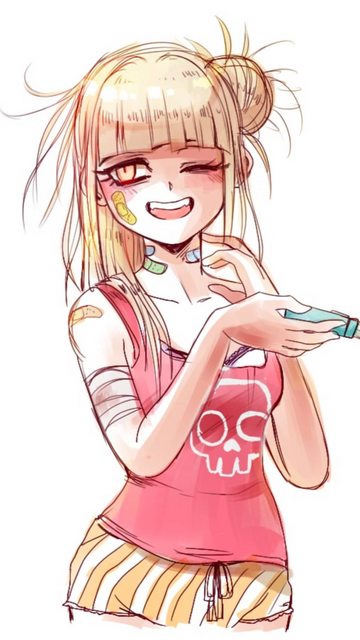 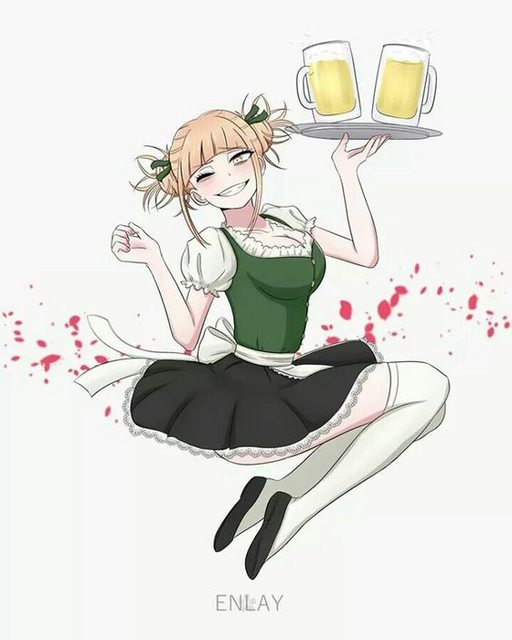 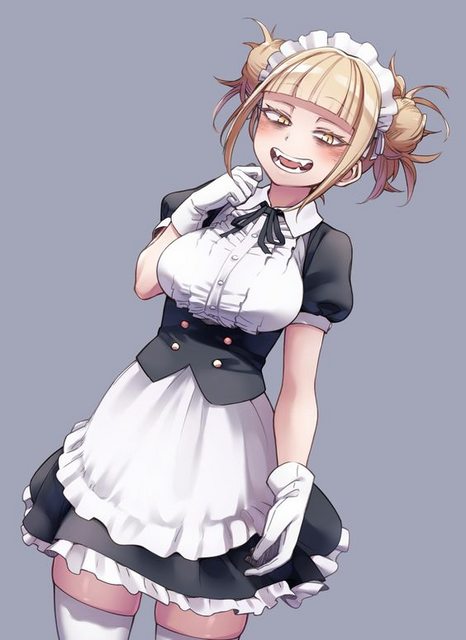 Personality: Yumi likes to present everyone with a menacing and creepy smile. She acts twistedly, in a weird and creepy way, causing fear to other people most of the time, which she tries to exploits and uses it to her advantage. As the time passes she starts to change to meet the personality that the other person makes her feel. This has been part of her, through her teen years.

She also has mental issues, causing people to think that she as not control over her emotions. Her creepy and crazy acting come also due to this situation and these getting worse, has seen can become a bit more instable as her smile was showing a murderous intended or an intense rage towards someone. Sometimes she might even start talking about herself in the third person.

She utterly despites adult males, believing they give nothing more than problems and do anything for only personal benefit. Aside from other people, she demonstrating immediately anger and discuss towards them, most of the times. Ending to be more attracted towards females, feeling they do nothing wrong at first until shown the opposite. However she can treat anyone equally, if she thinks said person needs to be treated that way.

Past/History: Yumi when was around 2-3 years old, lived a normal and simple life. Lived with just her dad, her mother running way, because her dad impregnated her accidently. Her mother knew he was an alcoholic and slept with any woman he could find, gave birth to Yumi before running away, leaving her with her dad as a punishment.

With her now at 4 years old, her dad had to things differently and couldn’t continue to do his things as before. However this didn’t stop him, as he would use and abuse Yumi as he pleased, ordering her to simple or even complex things, making her a sort of maid to him and or sorts of things. Things getting worse for her when her dad brought one of those “women” home, as it wasn’t a good thing having her around. Since he never cared about her, he had no problem to lock her in the attic, which was pretty much her room, specially tied and gagged to not interrupt while they were there.

This form of living was extended for years, as she became both emotionally and social instable. She started to enjoy that, and started to develop mental issues, such as enjoyment for pain and being tied up and some glimpses of her twisted mentality starting to appear, as well an uncontrollable fear of the dark and also hate for the dad. This has continued for years, tormenting her night and day, kept in her room all the time, until her father needed her. When she was 12, one day she was able to bring a knife with her, and when he came in to get her ready for when her dad was getting a visit, Yumi stabbed his hand and use this opportunity to run away from home.

That part of the city was quite problematic and all alone without money or food, with just with just what she brought when ran away, she had to surviving and in order to solve this, she had to steal at first and run away. Being young and weak, made her a target for bigger men with “needs” or that would beat her up because she stole them or were just Gangsters in streets. Those events ended up further driving more insane and instable with desire for strength to defend herself and make pay everyone who got on her way. So she practiced as much she could, getting stronger and faster to be able to stand up for herself.

Eventually she joined the underground to get some money and to beat people up as much she wanted, even some women, which made her think they were passing the same as her. Each day her anger for men grew, to a point where she would even kill a couple of them, just release some anger, then she would just steal whatever they had with them. Off of the underground matches, she made a life for herself only and move on to a higher and better audience, ending up joining AFW and bringing along everything she learn from the underground.

Fun Facts:
-Yumi is a masochist, however even she when takes a pain more then she can handle or be damage for some certain period, she will drop her enjoyment and act to not enjoy it for some time.

- Yumi can also be as savage towards females, however instead of looking at them like beasts, she will look at them just as enemies on her way or even rivals.

-Yumi eventually tried to apply for a job, but it didn’t went quite well.

-Yumi has a very flexible body. Also when she was little she wanted to be a professional gymnastic.