Fighting Style: Leni has no idea how properly to fight. To compensate for this, she uses every dirty trick in the book, also carrying weapons like miniature smoke bombs and a taser everywhere she goes. Nothing is out of the question for Leni if she somehow manages to find herself under attack. Her main goal at that point not to defeat her attacker. But to retreat and call upon the aid of the wrestlers she has under her management and then humiliate her attacker!

Shock and Run: It’s exactly as the name implies. If Leni finds herself in a fight she will pull out a taser she hides in her sleeves and taze her attacker. Followed by the second part of her plan... Run for the god dam hills!

Physical stats (From Highest to lowest)

Speed: ★★★★★
One of the fastest girls you will ever see. Leni is quick and agile to avoid on her feet. Mostly a result of her shady tactics, she can run from attackers and ambushes with little effort.

Strength: ★★☆☆☆
Weaker than the average girl but able to still devilier a nasty hit. Leni isn’t afraid to get her hands dirty if she needs too. Often ambushing other managers to get them out of the picture before a match.

Endurance: ★☆☆☆☆
Leni isn’t able to take hits well. A single hit from a giant is enough to knock her out cold. Thus even at the sight of minor damage Leni will retreat and wait for another opening.

Technique: ★☆☆☆☆
Fighting has never been Leni’s strong suit and it shows. She doesn’t know the first thing about throwing a proper punch.

Defense: ★☆☆☆☆
Doesn’t know a single thing about blocking a punch or kick. Mostly into using her speed to just end her ambushes quickly. She is quick to run away if she takes any sort of damage.

Appearance: Short yet large where is counts, Leni kind of got the short of the stick when it comes to her body. Being physically weak in all aspects aside from speed. With blood red eyes and long white hair, Leni wouldn’t blame you if you thought she was a ghost! 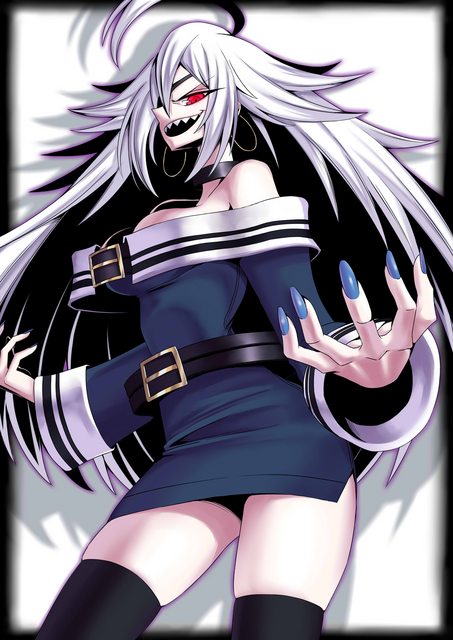 Personality: Textbook definition cold and ruthless, Leni is a no bullshit type of woman. Moving her wrestlers around with ruthless efficiency. Shes not afraid to get her own hands dirty if need be. From hyping up her wrestlers in promo's to accompanying them in ambushes against other wrestlers. Leni will do what ever it takes to make sure that her wrestlers and in term her, get the wins they need to progress. Leni her self is rather hands off when it comes to actually entering the spot light. She much rather prefers to sit and work in the shadows as her wrestlers take the spot light. To her the wrestling game is a game of chess. Moves and counter moves and she's the god dam Queen.

Past/History: Leni had it rough as a kid. She was born to a high class family in the America's and from the moment she was born, her parents saw her as a tool to be used. Forcing Leni to study ludicrous amounts hours she was being built up as a monster. Reaching top of her class each year Leni would never disappoint but she loathed her parents more and more. Her only solace was her brother who actually cared for for her. When she was 18 she would start her first business venture which flopped. Her second attempt would be a success as she started up a streaming service in Japan that would dominate the movie market. With the money she earned from her venture she moved to Japan to get as humanly far as possible away from her parents. Now with the her streaming venture slowing down and getting bored of only doing paperwork Leni has entered the AFW as her 3rd venture and to get a bit of excitement for once.

Despite being from a billionaire family, Leni her self is only worth 3 million dollars at the moment.

Has no actual interest in wrestling but enjoys it for what it is. Unless it directly effects her she wont bother watching.

Leni has a fetish for big girls! Particularly girls over 6ft really make her moist!