The legacy of the Tension Tag Tournament

The legacy of the Tension Tag Tournament

Tension is a place where many a faction rose to prominence, the Gastin siblings being a prime example. But there was never a consistent scene for the teams of Kyoto to duke it out. That was until one fateful event. Tension and the powers that be had finally taken notice of the fact that there was a sizeable amount of groups within the organisation, and they decided to create a tournament. It contained several teams of note at the time, such as The Higurashis and The Valkyries. The teams gave their all against one another, bringing relevance to the division once again. It allowed those not in the spotlight to finally attain a moment in the limelight.

Two teams would rise to prominence in particular, one was practically immediate. The other would continue to rise in due time. Those were The United Kingdom Elite and WhiteGale. The two squared off in the first round, with Britain's finest attaining victory against the Canadian up and comers. Ryan Knight and John Carnaby, the Paragon of Britain and the Master of Creation would go onto best the Valkyries. Reaching the finals against the Ishii siblings, where after a hard and vicious battle the UK Elite would triumph and culminate in obtaining the Tension Tag Titles. Ryan Knight and John Carnaby would be crowned the champions and celebrate, these two up and comers had to set the bar. John in particular was a rookie who many believe only got his shot by following the coat tails of the Paragon.

Regardless the pair would enter several bouts against fellow teams, such as the Takeuchis. Many a time Ryan and John would fight at their utmost, even defending the titles against all comers. Establishing themselves as fighting champions. Which leads to our next topic, that of the team that ultimately defeated them. WhiteGale and their two members Sion and Daisuke.

After being bested by Britain's best the pair would find themselves engaging Ryan and John in several battles, many a time showing they'd vastly improved from the first clash against them. One PPV in particular resulted in WhiteGale even technically obtaining victory via submission were it not for the referee being out of it. However, instead of taking the easy route the UK Elite to their credit proved their worth as fighting champions. Offering WhiteGale an ultimatum. To settle it once and for all at Ueno in a Ladder Match.

There, after a long, brutal and bloody battle the champions were overthrown at last by the Canadian team. Proving the skill their country's wrestlers are known to have. The UK Elite would go down as champions that helped to set the standard, giving their all to the belts and thensome. WhiteGale, a team known for putting in just as much effort if not more were described by critics as "A team that could be no better to surpass the British pride."

Now the division stands strong still, with the UK Elite and WhiteGale holding no hate for one another in respectful combat. Will these two teams duel till their retirements? One can be certain of it, to this day it remains the clear point where both teams rose to prominence. With them still remaining as powerful names to this day.......
_________________
Check out my wrestlers here, but PM me for match requests. 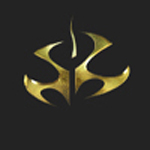 The legacy of the Tension Tag Tournament :: Comments