~The Ruler of Riddles!~

Droodle is an unpredictable and incredibly adaptive fighter! His ability makes it so that no fight with him is ever the same! Sometimes he can be an unstoppable powerhouse that can throw around the strongest of individuals. Sometimes he is as fast as the quickest of men and can jump into his competitors blind spots. His bag of tricks is ever changing thanks to his ability, making him a dangerous foe to anyone who is unlucky enough to be caught in a game with him.

Player Ability- Droodle’s Player Ability will only activate when had has identified who he is to compete against. This ability allows him to earn what he has described as “Player Points”. Whenever he successfully wins a game, answers a riddle, completes a course, or is able to stump his competitor with a riddle of his own, then he will win a “Point”. Failure to participate in his riddles or competitions will result in a win. (It must be possible for Droodle’s competitors to win in order for this ability to activate. Droodle’s riddles must be reasonable and solvable for his competitors in order to activate this ability.)

Player Points- For every game Droodle completes with a victory, he will earn what he has called “Player Points”. While not visible, Droodle seems to use these to increase an attribute of his choice, be it his strength, his speed, even his knowledge is subject to improvement thanks to these points.

(Note: Once Droodle’s competition is no longer able to participate, his Player Ability will go become inactive, and all of his Player Points will disappear, rendering all of his enhanced abilities null. Once the games begin, Droodle will not allow competitors to leave.)

Strength Augmentation- Using his ability, Droodle can increase his strength to superhuman levels. Depending on how many points he deposits, his strength can make him neigh unstoppable. Rock, cocreate, and even steel can become simple speed bumps for him, should his competition decide to leave before finishing his game.

Enhancing Technique- As Droodle’s knowledge grows, so too will his technique. It takes very few player points before Droodle will fight have the technique of a trained soldier…just a few more, and he can rival the worlds most hardened warriors.

Improved Speed- More points, more speed. While it takes many Player Points in order for his speed to become near blinding, Droodle can certainly become a thorn in most people’s side, depending on the circumstances he finds himself in. 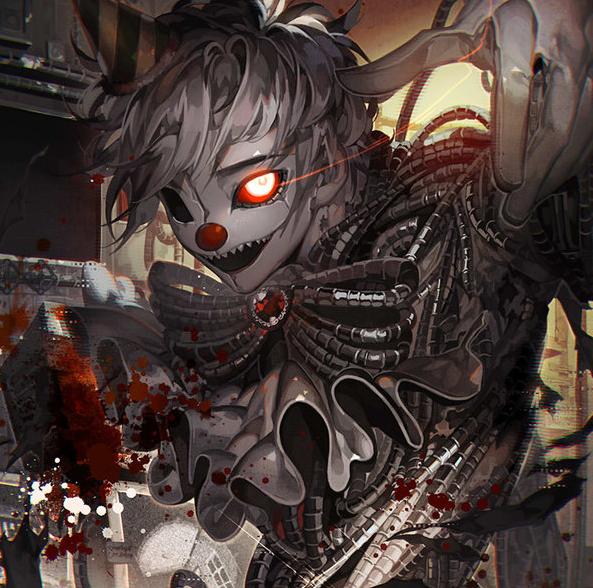 On the outside, Droodle appears to be a normal, game loving, happy man. Every day, he looks to go out and search the streets for his precious knick kacks and toys, hungry to keep his ever-growing void of boredom away with simple entertainment. Things that took little thought to operate, or was a simple pleasure by definition. However, this is all a ruse…it’s not even for sure Droodle is a human being, as the skin mask he wears peels away at night, where he consumes all of the entertainment he had collected for the day. His desire to play and experience new games is like that of an alcoholic needing his next drink. It is always on his mind, and he can become quite irate should he struggle to find something that fits his very specific desires. Droodle’s kindness can quickly fade in and out should someone he finds interesting refuse to play with him, and he rarely takes no for an answer. The man hides a temper, one born in darkness and erupting at the most inappropriate times such as when he is losing his precious game. Because of this, he could be considered rather immature, or even childish.

Boredom is his absolute enemy, and any competitor who dares to be boring may find themselves in a far more violent situation then they had first thought.

Very little is known about Droodle or his whereabouts. He comes and goes where he wishes, travelling the world in search of new and unique trinkets that might hold his attention for a few hours. He has been to nearly every part of the world, constantly playing or trading games. While traveling around the world, he had been introduced to the concept of combat sports. MMA, boxing, all televised and streamed to the masses. A sport was a game, and so combat sports were simply a competition where one fights until the other loses. It wasn’t long until he developed a decent amount of experience in this competitive field. Droodle soon grew to enjoy the challenge, as he began to implement the use of his Player Ability into the sport, and rack up more and more victories over the years.

Droodle continued to wander about, stumbling his way into Japan and walking up and down its streets. He was enjoying the streets, learning the strange and fascinating world of games that were meant to scam others. While exploring, he received a pamphlet to explore the interesting world of combat in a place that possessed the worlds most unique fighters. To Droodle, this simply meant these were the worlds most unique players…ones in which he desired to test his mettle against!

Droodle is fascinated in simple toys. Things that most children played with when they were young. Items such as the Jack in the box, wind up toys, and novelty gifts.

While few would ever notice, Scientists had discovered cave paintings from an ancient civilization that had mysteriously disappeared thousands of years ago…The paintings have shown hunters gathering food, family hierarchy…and a being that looks incredibly similar to the clown face man.

Droodle will never ever turn down a game. His sick fascination won’t allow him to.