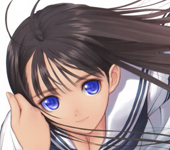 An Ecchi and Hentai wrestling expert, Natalia is one of the biggest names in the sport; her ability to force submission and orgasm out of her opponents is the stuff of legends. She is consistently ranked among the top ten fighters in the AFW and among the sexiest women alive; she has recently launched a career as a movie star. Natalia is an extremely competent and competitive fighter; a force to be reckoned even in non-hentai matches, yet she never lets this spoil her fun. After all for her wrestling is just a game,a very serious game, but a game nonetheless. Having been described at many times as a Sexual Beast, Natalia has a very strange, and uninhibited, view of life, wrestling and personal relationships. Although she despises slavery she is known to take her victims backstage to play with them after defeating them...or play with them right in the middle of the ring in front of everybody. As she has said many times "I only fight with people I like"

Forced to fight in the AFW to pay her families debt, Natsumi started out as an inexperienced "Sacrifice" fighter; usually getting pitted against much more experienced opponents and getting humiliated in the ring. With time Natsumi has started to improve, getting experience and learning to actually wrestle; she has stopped from being merely a sacrifice wrestling to become someone that could actually win a fight.

Kyoko Hishikawa
Extremely busty and proud Kyoko joined the AFW with the simple idea that she was simply too much for any girl despite having zero experience in wrestling. She soon suffered her first defeat at Mazzie's hands, or more precisely tits, and since then the two have had one vicious secret war for domination.

Naoko Shinoda
Yakusa gangster girl that decided to join AFW as part of her quest for vengeance. She cares little about wrestling or rules and regulations, she uses her matches in AFW mainly as a way to vent her violent character and need to cause pain to others. She is fearless, reckless and vicious with nearly no regard for her well-being or that of others.

Stephanie "AKA" McCoy
Naoko's lesbian lover and bodyguard, Stephanie is if any just slightly less murderous than her lover. Unlike Naoko the redhead actually seems to enjoy the AFW, it gives her a legal excuse to beat the crap out of people and she even gets paid to do it.

Poison
A world known criminal, con girl and thief, Poison has somehow managed to evade the authorities and now under the protection of AFW management she is dedicated to do what she does best, cause trouble and get away with it.

Kawaii
4-F (Ai, Haruka, Hibiki and Sae)
A team of four friends and four highschool swimmers that upon ending their school decided to stay together and become a wrestling team. Each member information is in the linked profile. They can be fought together or individually.


Kitten
A lovely and cute girl with a talent for mischief and wrestling and love for having fun at the expenses of other girls. Kitten is a skilled fighter although not particularly tough or experienced, which means sometimes her desire to have fun, embarrass her opponents and show off make her try to do things that are way beyond her ability. Don't ask about the tail and ears.

Himiko
A child prodigy tired of being it and stranded from her family, Himiko has come to the AFW to hide from her oppressive uncle and to do what she found is her biggest passion, battle other girls and defeat them... and then brag about it and humiliate them to no end.

Penelope Sotomura
A young divorced mother turned wrestler, Penelope is a fiery redhead that decided to join AFW to live her kinky fantasy of being a professional Ecchi wrestler. Accompanied by her best friend and partner in crime Emiko, Penny is a competent if a little bit inexperienced fighter.

Emiko Yokoyama
Penny's tag team partner and also divorced mother, Emiko is the oldest and more level headed half of the team. Although she seems to be more reserved and prudish than the fiery Penny, Emiko shares her friend's passion for Ecchi wrestling. Emi joined AFW to do all the things she though forbidden.