▌  Attitude
- Aoko is a kind girl who is more than willing to tussle, after a few months of training by Odessa Brock she had grown a lot more confident and skilled in the ring and turned into quite a capable wrestler. Not that she wasn't decent before, but now she has improved quite a lot and is more for incorporating wrestling moves and the like into her matches. She sees every match as a chance to learn, improve and get better...but much like before she does have a bit of a temper. While it's not easy to get on her bad side, when you're there she will go full force usually. So be warned to not piss her off.

▌  Strategy
- Since her training, Aoko has started to incorporate a wider variety of moves. While she doesn't stick to things like highflying moves...she keeps up her usual striking skills that she learned through training for her movies and the like along with wrestling holds she had studied before she joined AFW. She is a lot more proficient in these holds now though and has added a few more, along with broadening her moveset to a bit more powermoves and grappling. Slams and suplexes aren't out of her repertoire nore are smothers.

▌  Favorite move
- Belly To Belly Suplex
- Smother
- DDT
- swinging neckbreaker
- Kicks " I'm really good at kicking."
-  Piledriver " Picked this up from Odessa, along with a lot more."
- Armbars " I know quite a few now."

▌  Scarlet Witch Kick!
- An Axe kick performed onto the top of her opponents head, seated or standing it doesn't matter for Aoko is flexible enough to get her leg up high enough!

▌ Scarlet Lock
- Aoko takes a hold of her opponents legs whilst she is down on the mat on her back and lifts them up, she moves one of her legs in between them and places it down on the mat next to one of her opponent's side. With that she leans forward and attempts to grab a hold of her opponent's arm and pulls her up in an attempt to roll her opponent's up into a bit of a ball, and drops herself backwards, as she does this she raises her legs up and wraps them around her opponent, one leg under the girl's armpit and the other over the girl's other shoulder in a kind of triangle choke hold, as she squeezes on her opponent in a tightly rolled up triangle lock, body and leg submissions in what's most commonly know as a Dungeon lock. 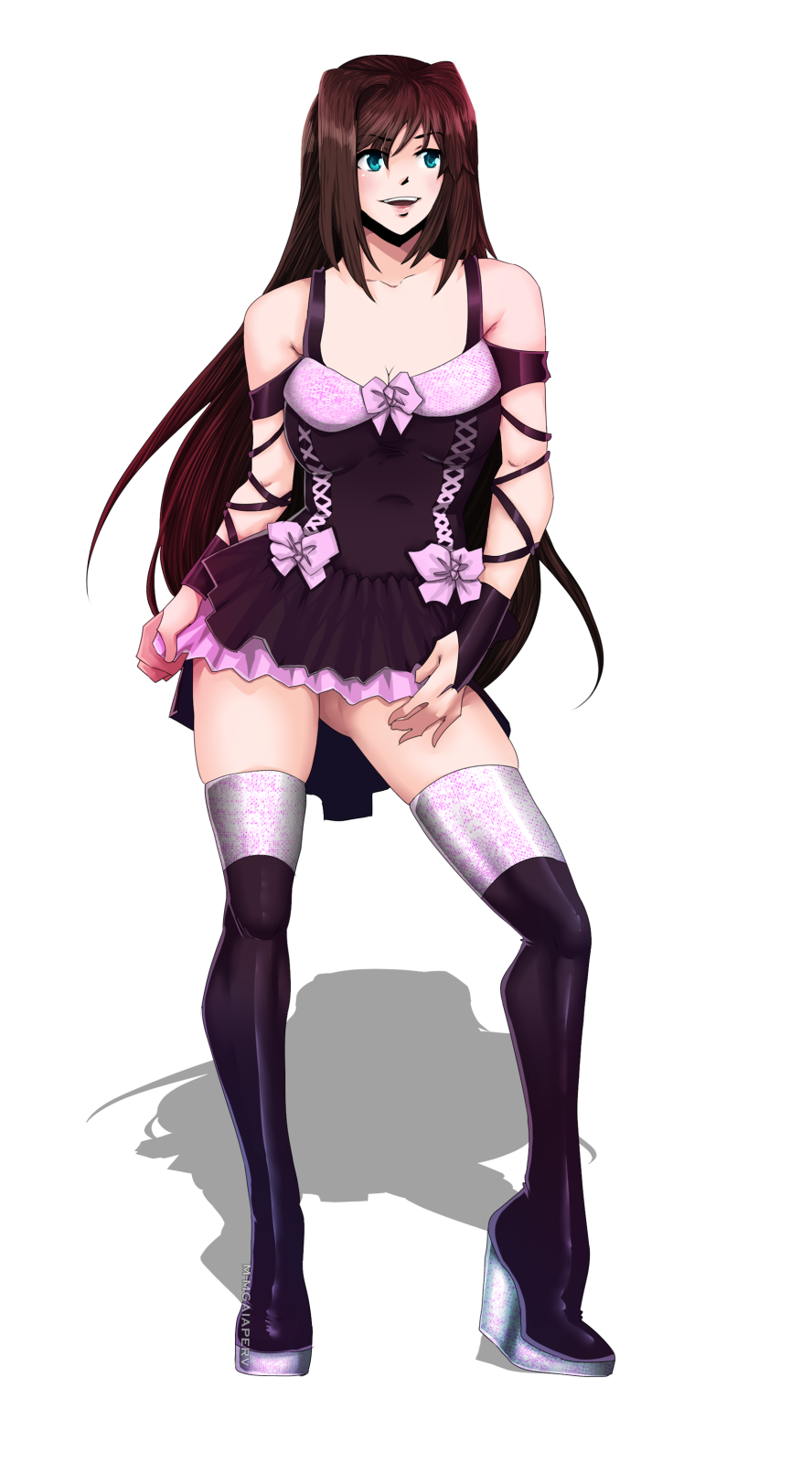 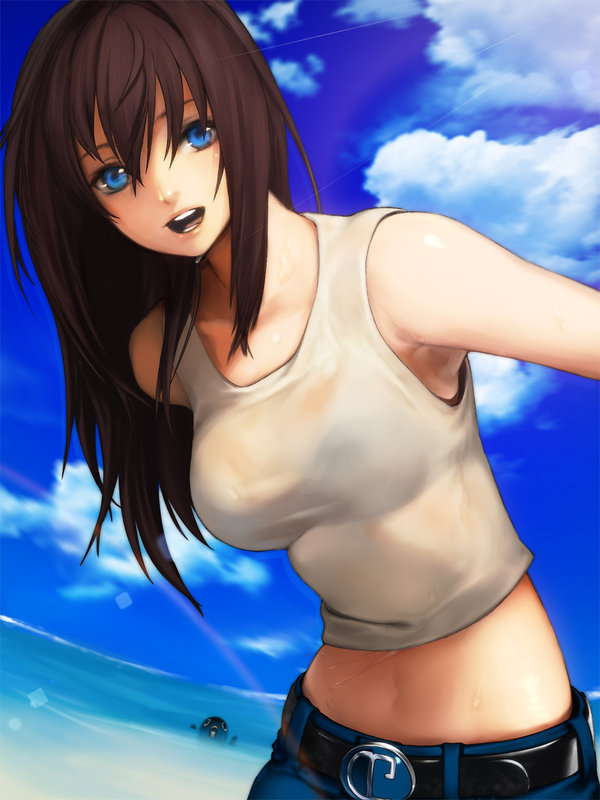 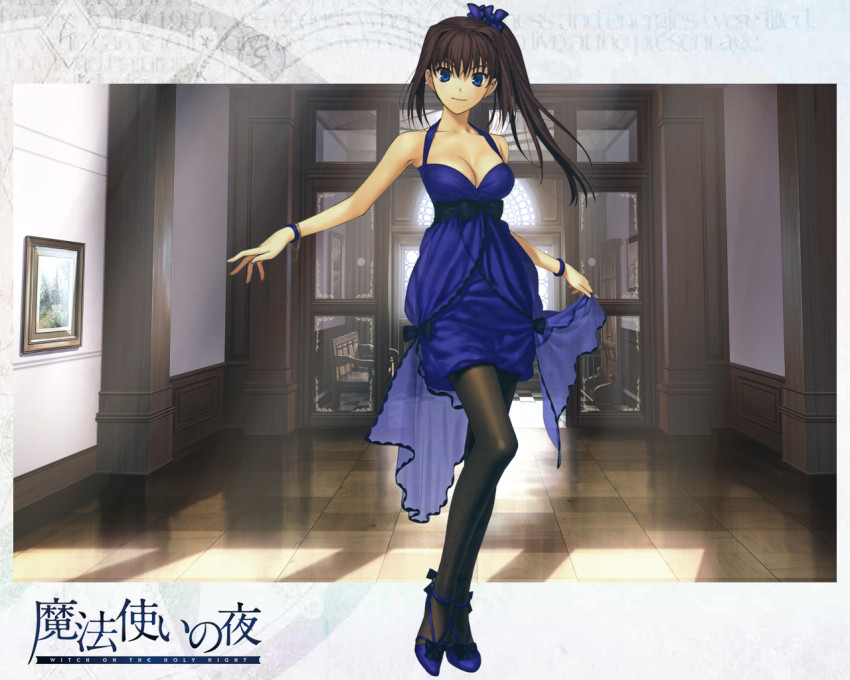 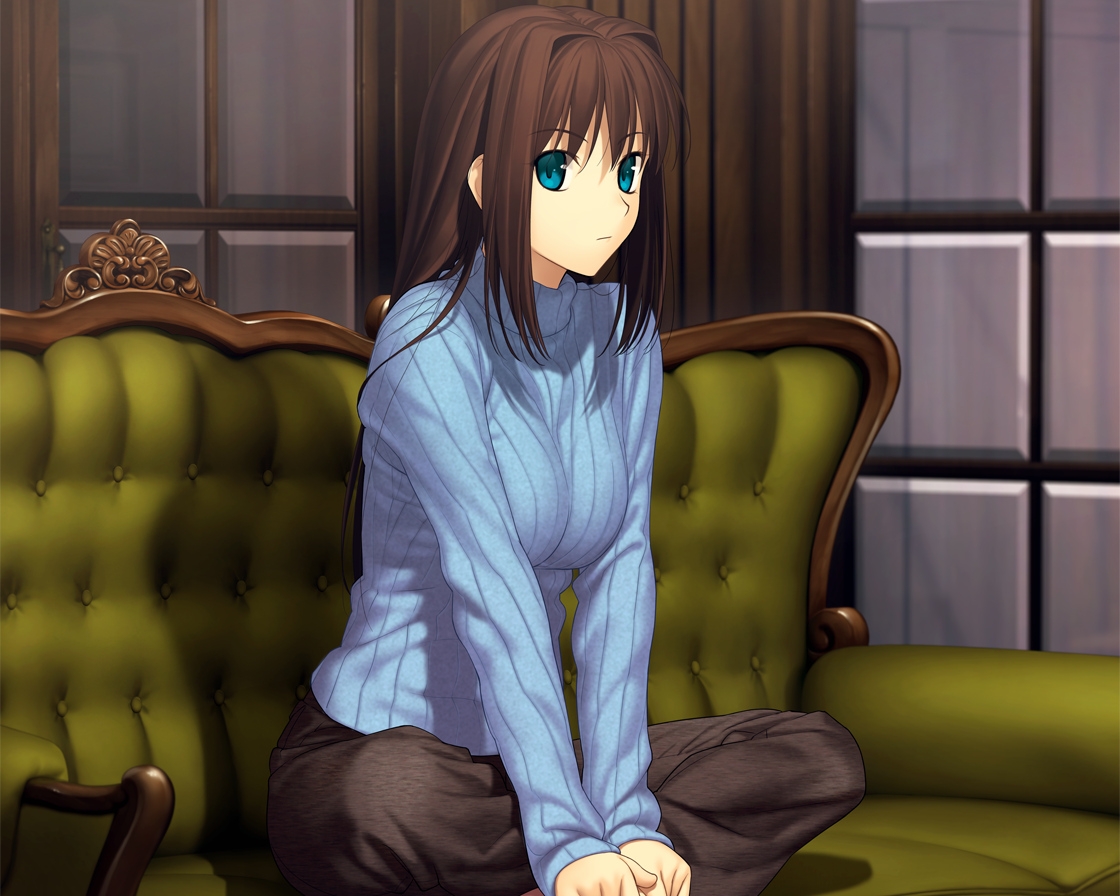 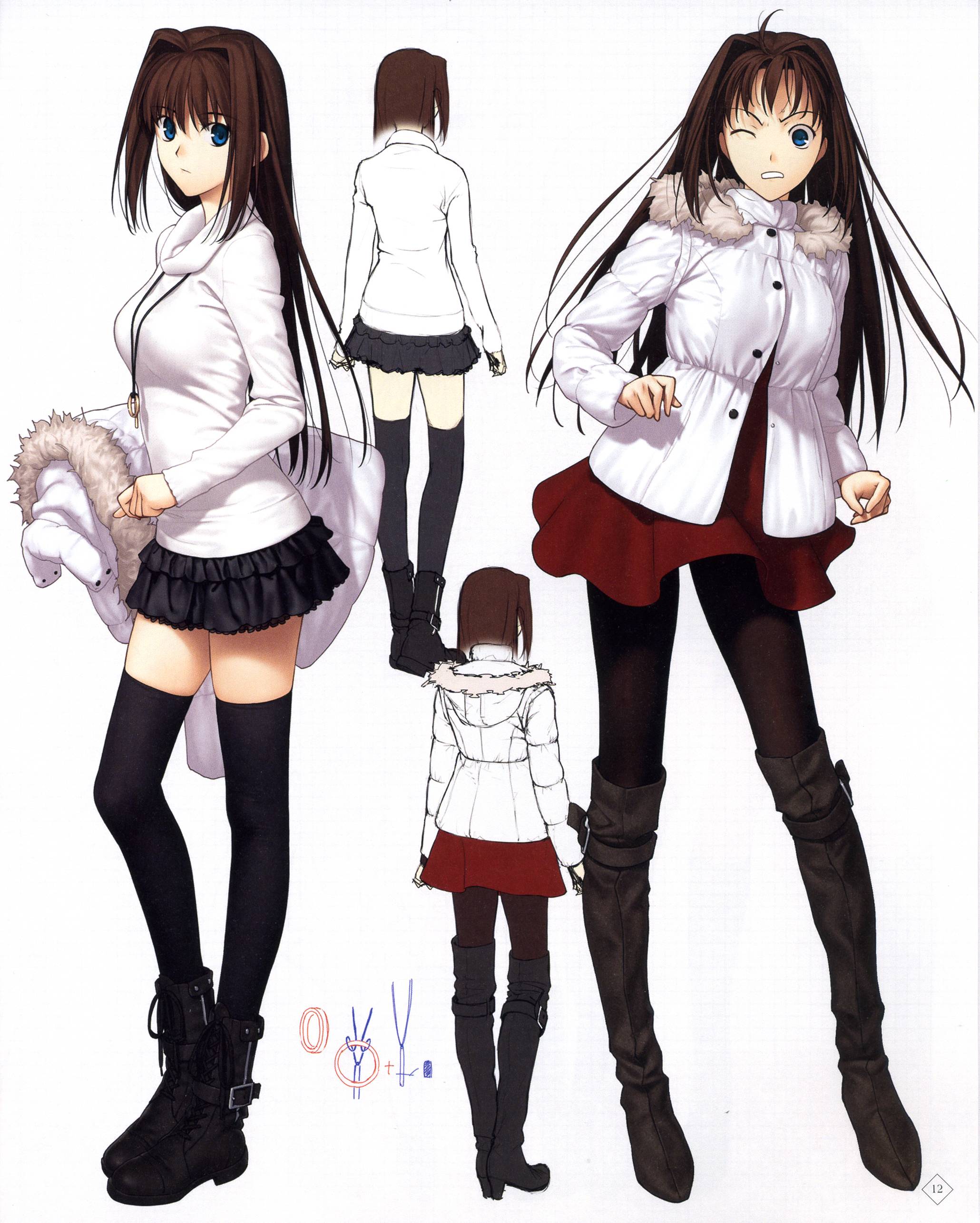 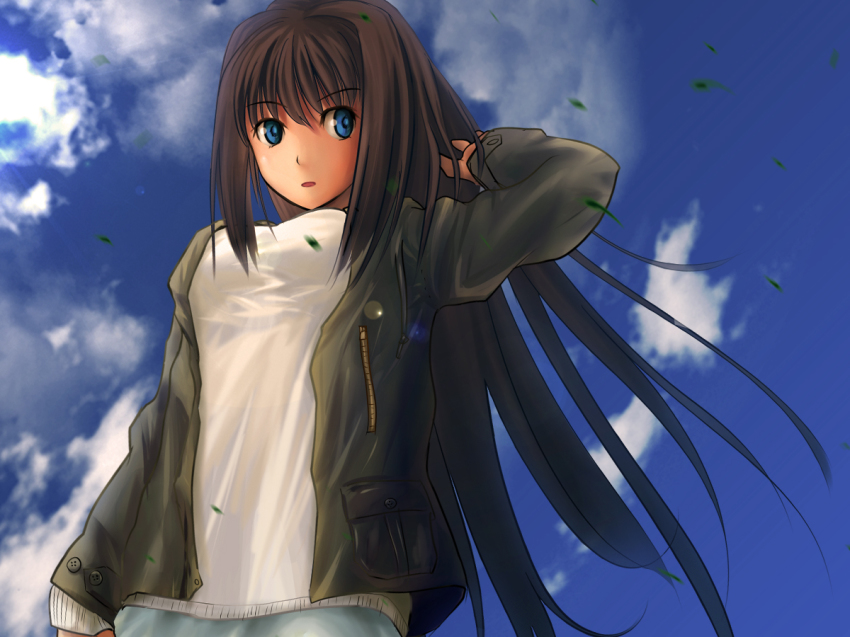 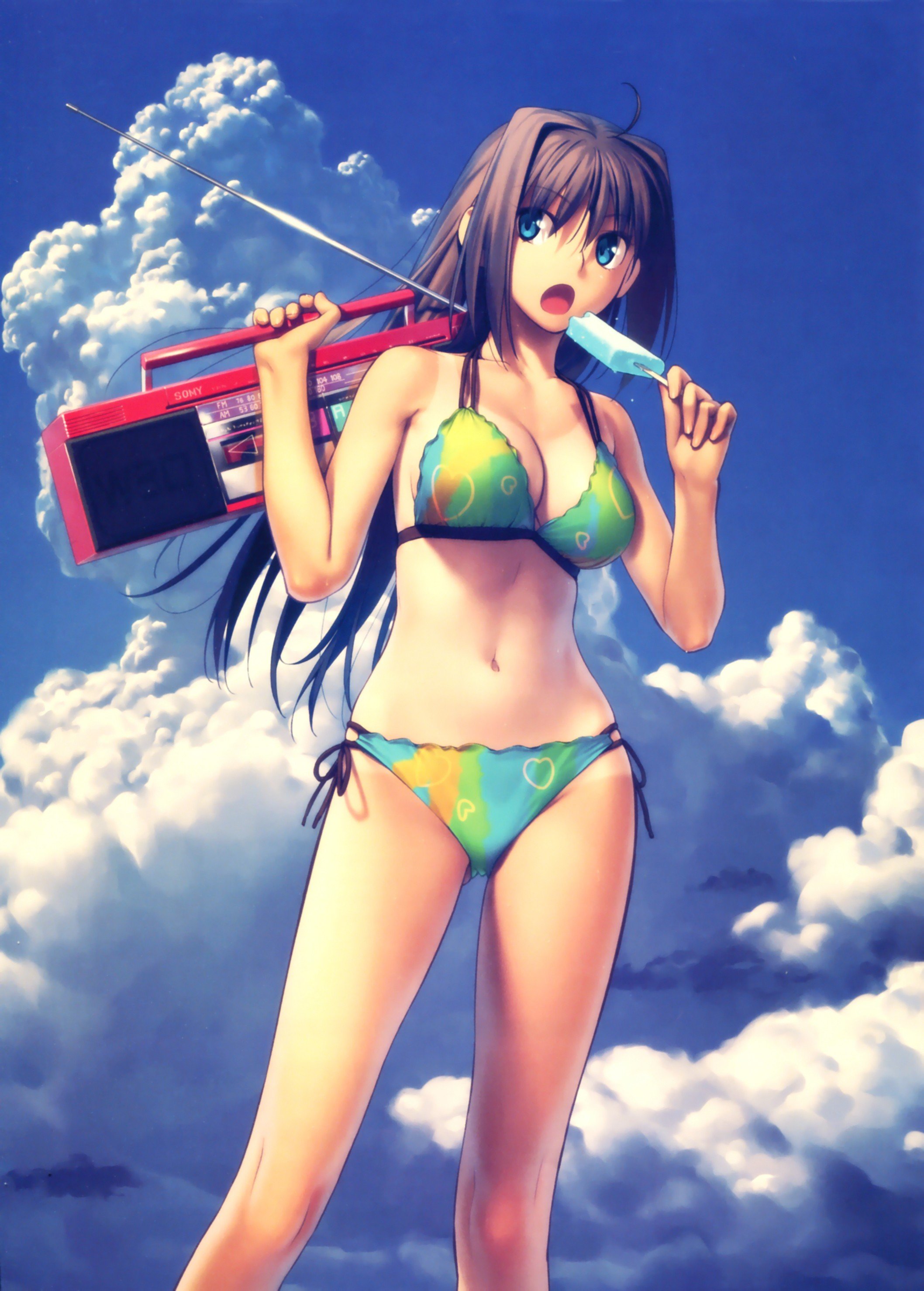 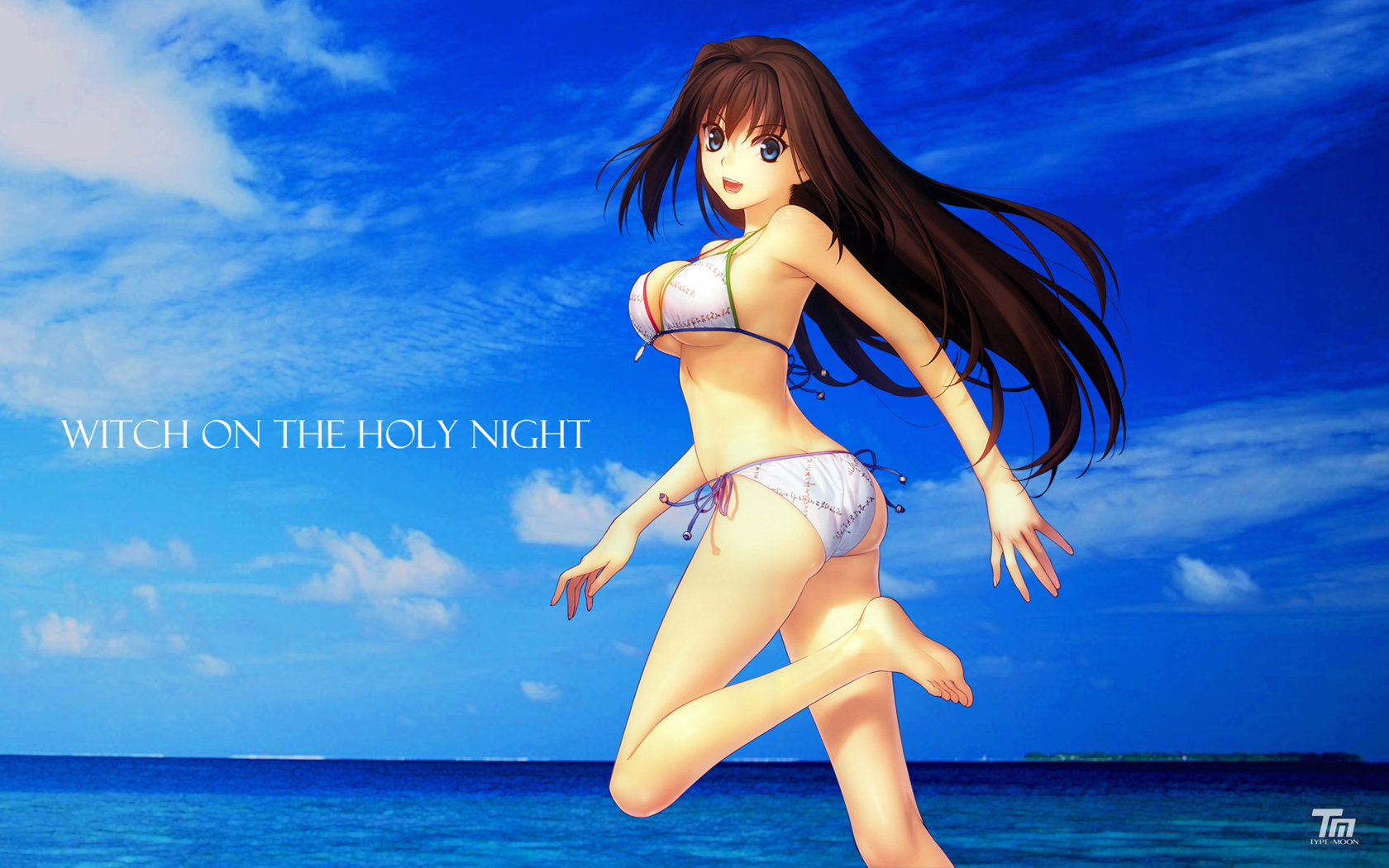 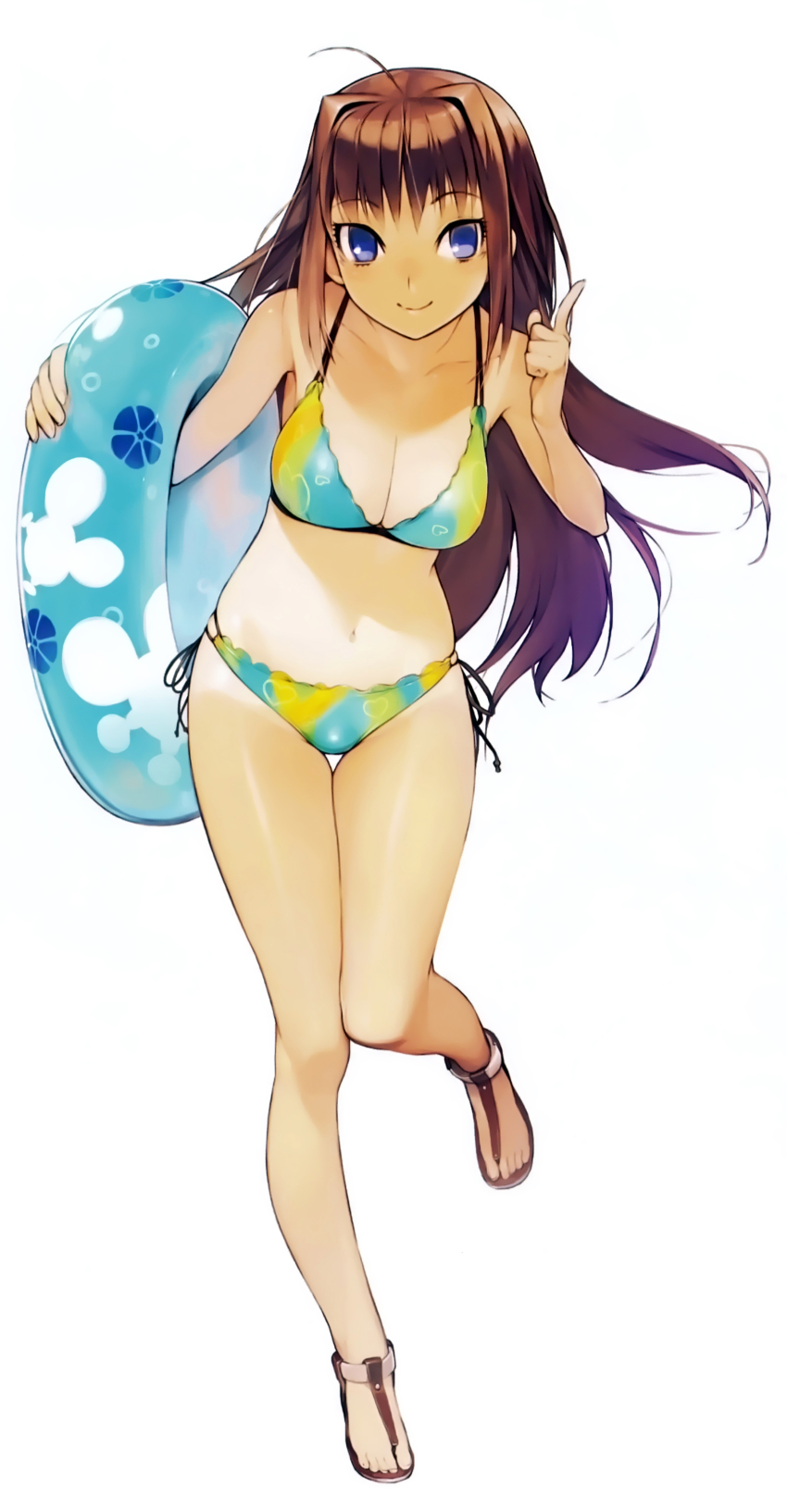 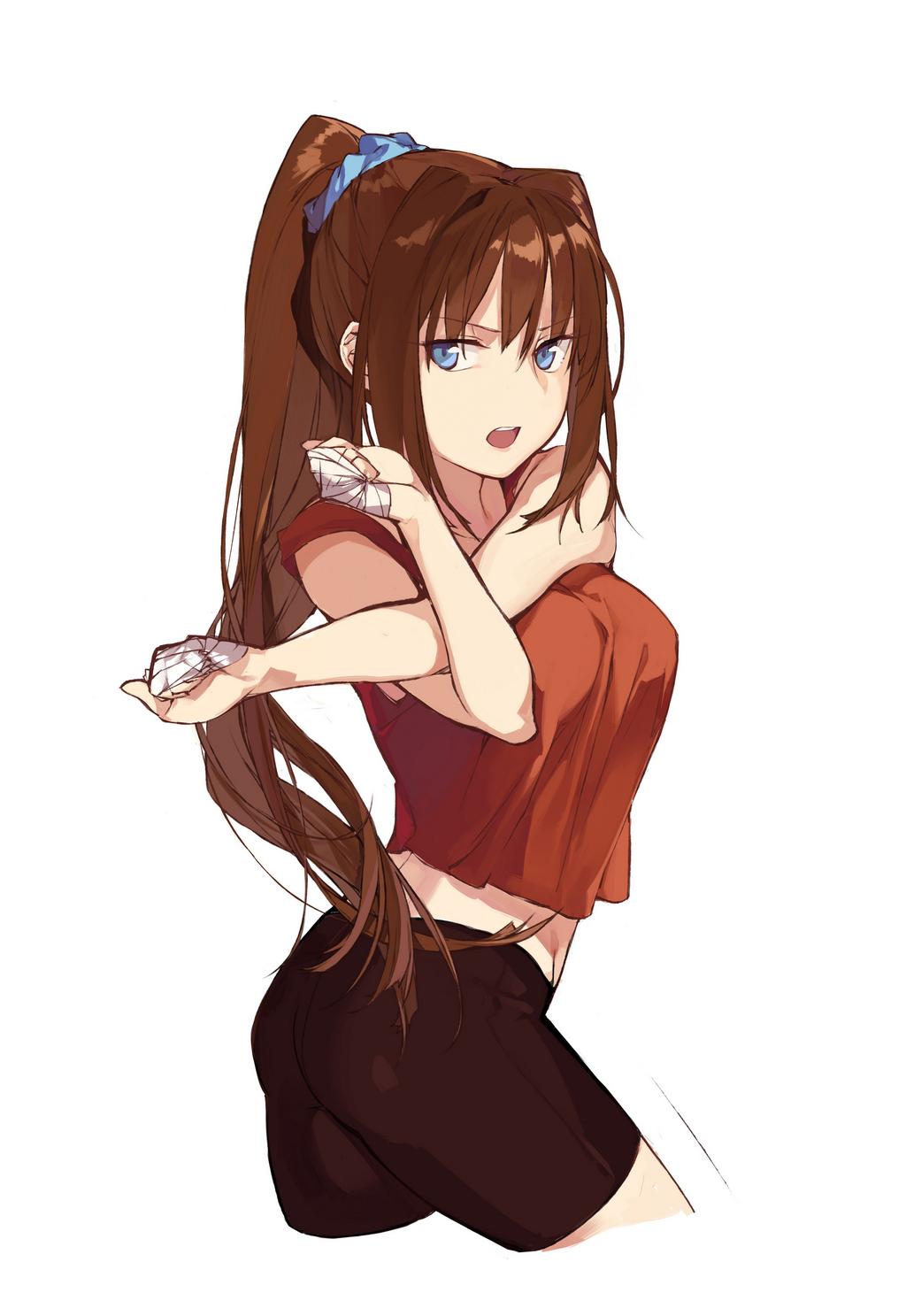 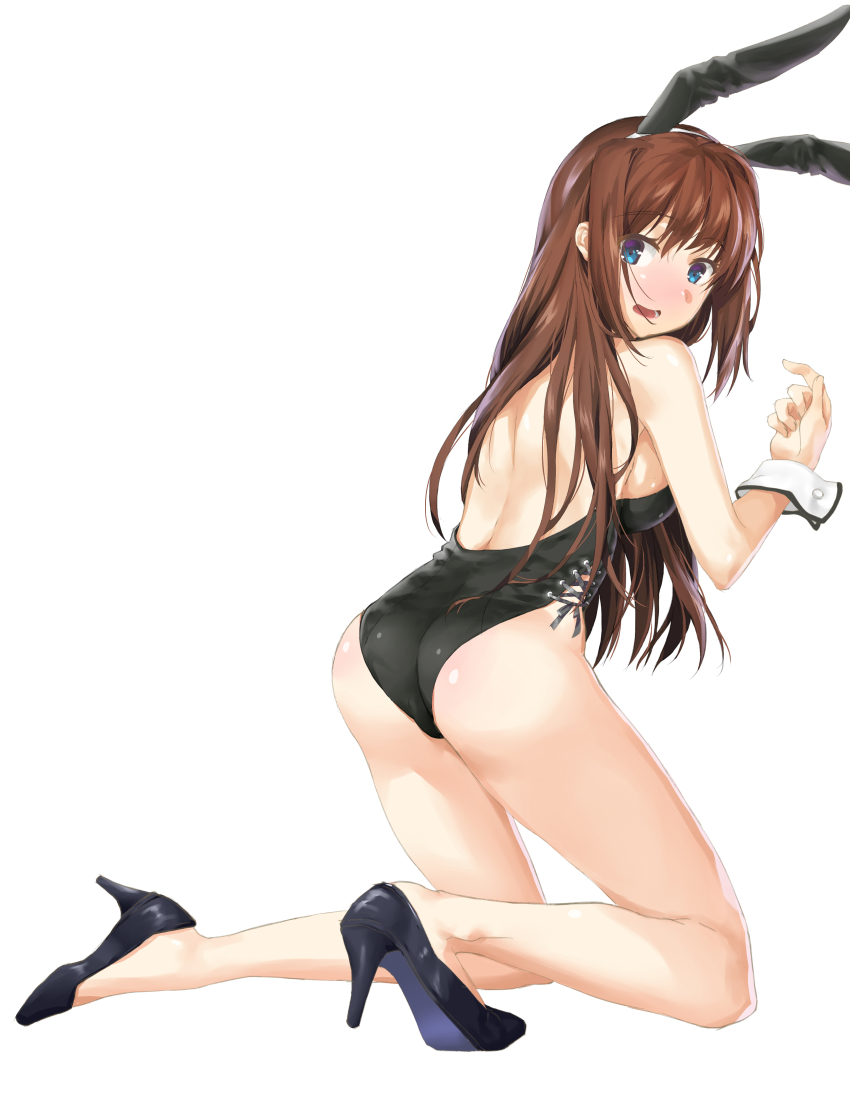 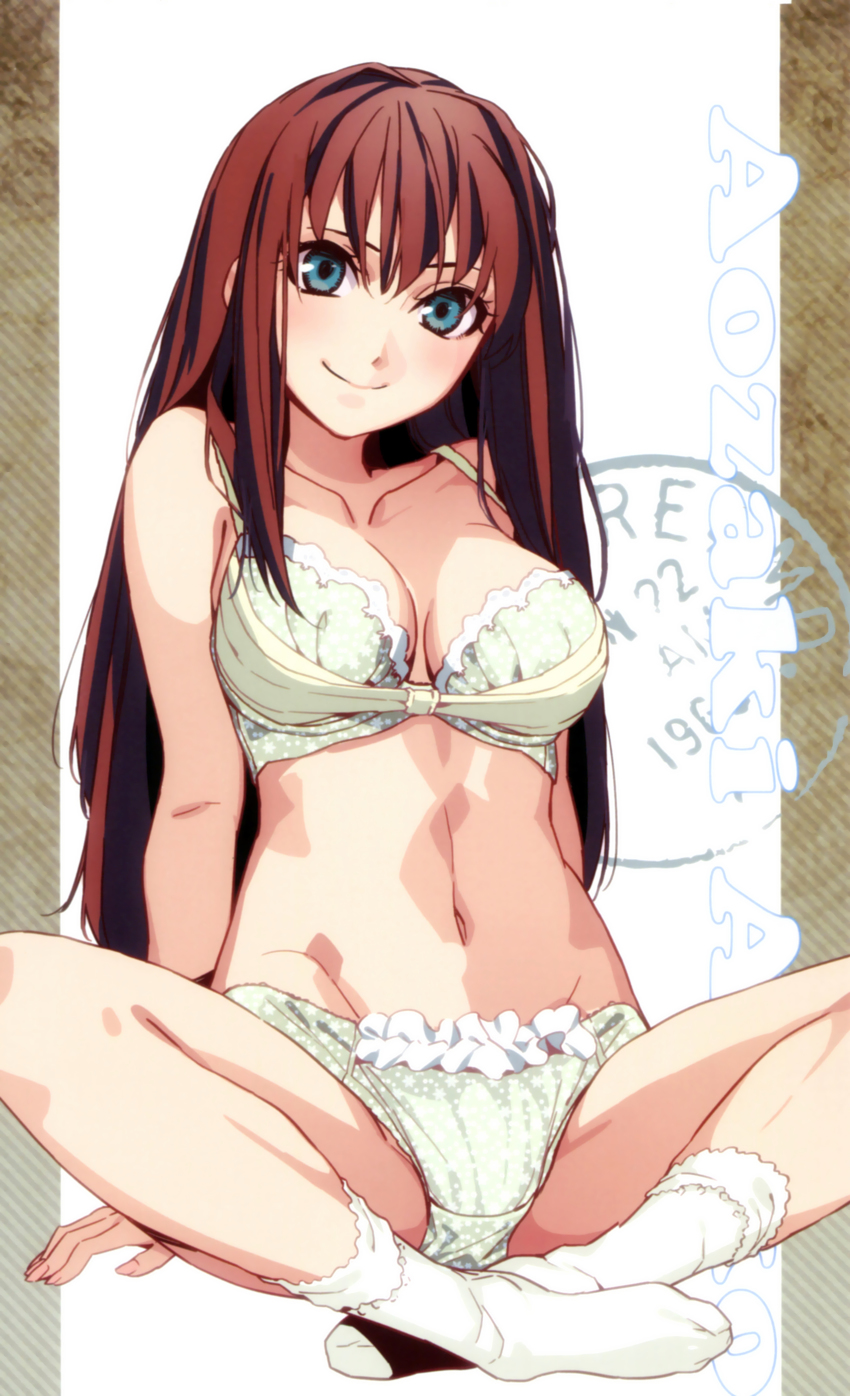 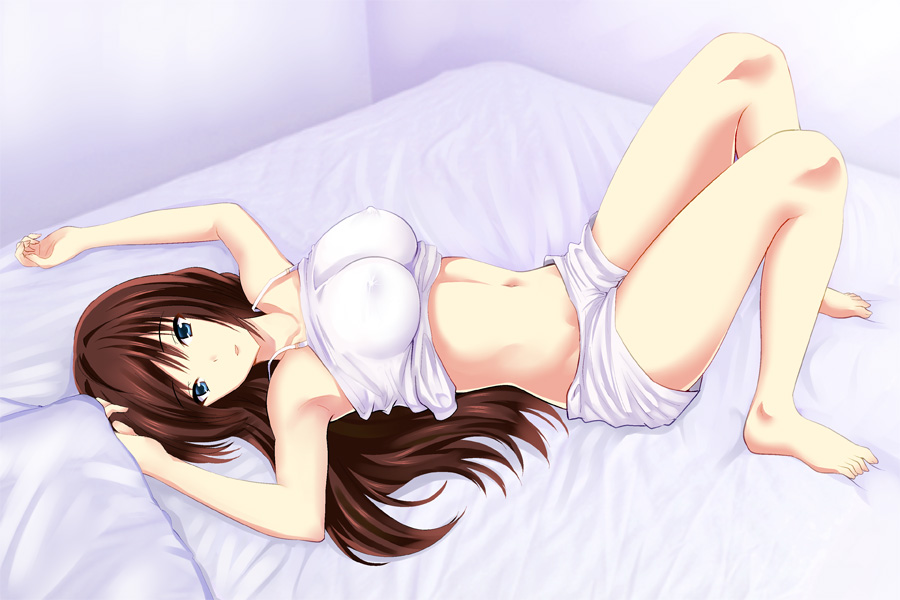 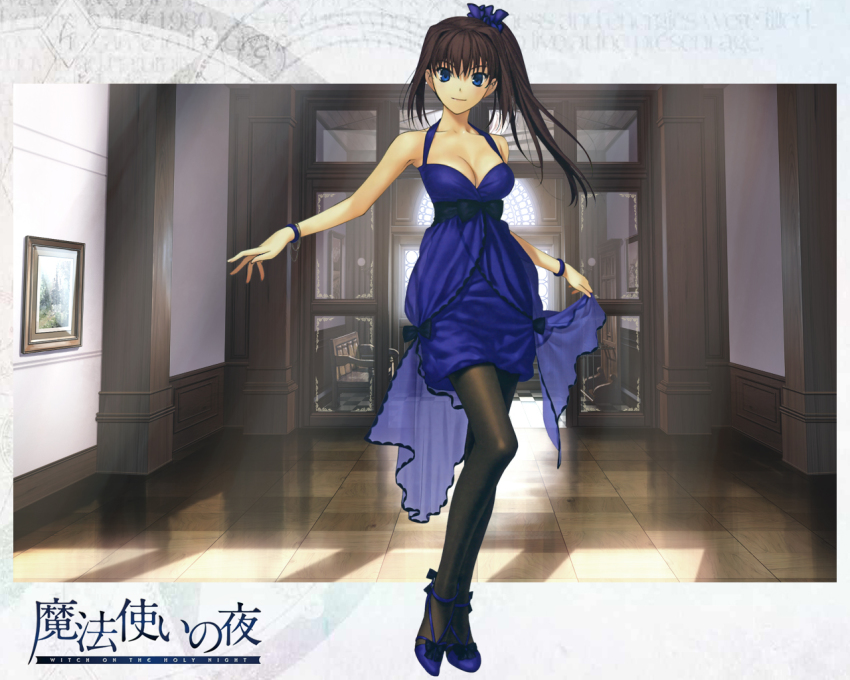 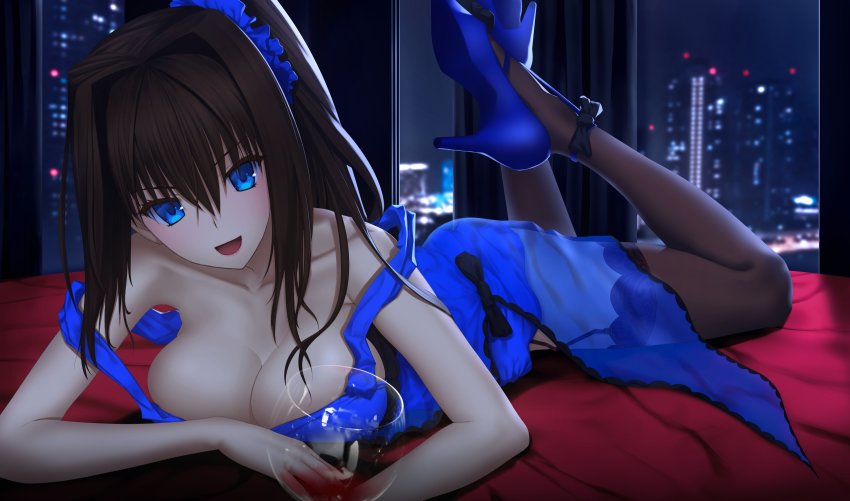 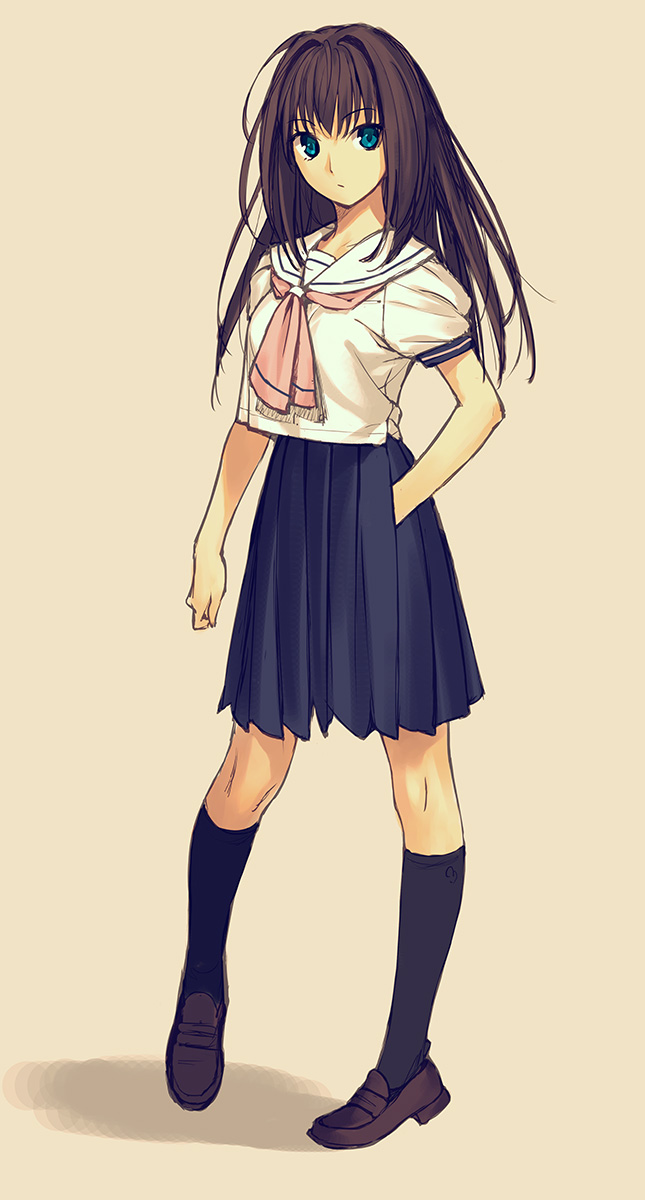 ▌  History
-
Aoko Reinhardt, born in London England. Aoko was raised in a rather stable family, both her parents had very good jobs and they were making money that could be deemed quite enough and then some.

Aoko always wanted from the very start to become an actress, ever since she was a little girl. Meaning that she spent a lot of time trying to become one.

Aoko got her break into the acting business when she was about 10 years old. Where she acted in a few commercials. She loved it and made it her goal to make a better name for herself, to become that kind of big actress that she always wanted to be.

It didn't take long before she actually got to star in a TV show, she was about 13 when she signed a contract for 2 season on a TV-series. Where she acted until she turned 15, at that time she had become quite popular, and was finally introduced to the big screens and got her chance to act in movies. She acted as the love interest of some guy in a teen romance movie. Following she managed to get herself many more roles for the next two years of her life. She got almost too many offers, but one that came to her when she turned 16 was something that changed he life.

At the age of 17 she was a main character in a movie, the film was about a witch who lived in a world much like ours. Yet it was a world filled with magic and the like, hidden from the eyes of the common man. You could call it a young adult story as it had quite a lot of darker elements. The movie was a success and a sequel was put into production, it became Aoko's most iconic role. The role of the Scarlet Witch. After 5 films, the series was over though and Aoko more or less cemented into the role of that character now, had become a star and a geek goddess of sort. The tales of Scarlet Genturin, was as mentioned a huge success and it put Aoko on the maps as one of the big name actresses. Making her at the age of 21 one of the most sought after actors in Hollywood for anything fantasy or supernatural related.

Aoko however had decided what to do already, one of her friends that she met during a movie she was in, had shown her a little bit about the sport called wrestling. Aoko had seen bits and pieces before, but one day when she was training she was called up to try it out by her friend. Aoko accepted and found it fun, the girl decided that if she had conquered Hollywood more or less, she had to find something else to do.

After studying up a bit on this thing that she was so newly introduced to, Aoko found a sort of deep liking for the stuff and wanted to try it out. One year of rigorous training to get her body into even better shape than it already was, while she acted in a film or two here and there. Aoko after that year felt ready, to actually go into some thing, go start wrestling, even though she didn't know many moves. She could have tried to find a trainer, some old washed up wrestler without anything going for them. But Aoko wanted to try a different route than that. Aoko wanted to find a big shot in the league, and ask that person to train her, give her compensation in some for, be it money or something else for it and actually gain some training from someone who was a name in the brand that she wanted to be apart of.

Aoko joined AFW and it was a bit of a mixed bag for her, she managed to get a few good matches going and so on, but because of the sudden revival of the Scarlet Witch movie series, she was called back into being an actor and became an on again off again wrestler. She still partook in a fair share of matches and even found herself a great teacher in Odessa Brock. She's here to do her best, learn as much as she can and hopefully make her teacher proud.

▌  Personality
-
Aoko is a pretty nice and friendly girl that can mostly get along with just about anyone, she has a pretty high tolerance for people and doesn't get annoyed easily, Aoko does have quite a bit a lot of self-esteem and is the kind of girl that just doesn't give up when she has put her mind to something. She'll keep going at it until she succeeds no matter what!

While Aoko is a very nice and friendly girl almost 99% of the time. She does have her limit, while it is a high limit, there is still a chance that she might get pissed off. And if that happens, it's best to either run, beat her down until she can't move at all or well Die

. Aoko's wrath is a terrifying one indeed, and the worst thing about it is, that when it starts up, it's very hard for it to stop or settle down.


▌  Trivia
-
Aoko is a very famous actor, know for her role as Scarlet the Witch in the popular movie series. Aoko does have a fairly large amount of money, because of her movie-acting career. Aoko is considered by several magazines all around the world to be one of the most beautiful and sexiest actresses in the world.

Aoko has a cat, which she loves very much.

Aoko likes the persona of Scarlet so much, that she has had thoughts of using it sometimes in her matches, just for fun.

Aoko quite often changes her hair color to red, just like her most famous movie persona of Scarlet, that's really why she changes it, and she does switch a lot between the two, it's rare for her to go 2 months in the same hair color. But it's never anything other than Brunette or red head.

Doesn't like goo.
Or the feeling of something that is very sticky.

Spoiler:
- Lilly Belle in the first round of the softcore tournament
- Akiha Kosha in a steel cage match
- Mari Fuma in a standard match
- Janet Wilson in a handcuff match

Spoiler:
- Janet Wiles in the second round of the softcore tournament