Name: Serial â€œSerona" Oni (Originally "[withheld]," but she dropped that nonsense just as soon as she got to pick her own handle)
Sex: â

Past/History:
Social and Economic Background: Grew up in a wealthy family in Tulsa, Oklahoma: Her father was a successful private defense attorney before he died when she was 20. She "inherited" significant wealth from her mother when she left the United States at the age of 21.
Education: 3&1/2 years of college specializing in Germanic history and cultural studies at the University of Tulsa. She dropped out one semester before graduation to pursue martial arts in Vienna, Austria.
Combat Background: She was a playground bully who liked violence; she once broke a young boys' teeth on pavement and then got him suspended for attacking her. When she left the US for Austria when she was 21, she joined a school for BJJ. She trained there for 3 years before leaving for undisclosed reasons.
Joining the AFW: Serona joined the AFW shortly after leaving her BJJ school through the usual application process. 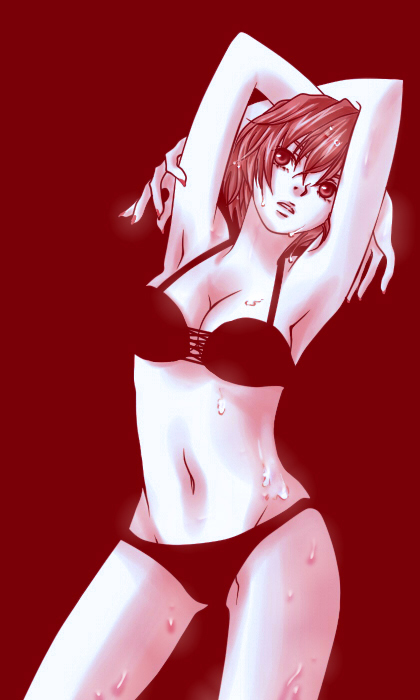 d ask me that. If you want to know a girl, you should talk to her friends, I think. But alright, Iâ€

s say I were my own best friend, and you caught me being honest...what would I say?

ll never catch that one running anything below IQ 170 on her wetware--and I haven't even mentioned her breasts. And we musn't forget the charm sir, no, because she wonâ€

*Beaming, she rests her arm on your shoulder, all comrade-like, and draws you into her whispered privacy*

â€œ â€˜(In fact, just between you and me, friend, I think that bitch enjoys it just a little too much. You know what I think, honey? I think she just likes the feeling of standing over slimey, creepy-crawly people she can step on. She could be a dunce, for every shit she would give, so long as everyone around her were half a dunce)â€

*She winks, taps your nose, and pushes you away*

â€œ 'Oh, but I kid, darling. She's not mean, just funny. 'Damned clever' is the right word for it, just the right word. I don't think I've ever heard her talk to no one but there wasn't some subtle joke going on--some...stupid reason for her to smirk. That's her MO, a smirk.

" 'So sure, she's funny. Until you 'joke' back, of course. Oh, then she gets cold. Not cold like ice, sir, cold like American History X. Cold like the curb at night. Of course, being her ever-so-lovely friend, I wouldn't know anything about that, nooo sir. Never, thank-you-very-much for asking.' "

*She rests her hands behind her head. She shrugs off the 'friend's' persona with a suddenly warm smile*

s just me speculating. Who can say what friends really think, eh?â€

Strategy:
TBD. I have an inkling that sheâ€

s going to be a technical, defensive oneâ€”a girl who never takes the first move, who doesnâ€

a win unless it involves a reversal. But I donâ€

t want to commit until Iâ€

ve tried a match or two.

Preferred Attacks:
Arm-breakers and the kind of point-specific attacks that wear down and potentially incapacitate individual parts of the body. She dislikes attacks that require much speed or power, particularly throws and aerial attacks.

Preferred Matches:
Her favorites are: Handcuff matches, submission matches, and cage matches
She's open to everything from standard to hentai--whatever you can imagine (that I'm feeling up to).

[size=150:3rx8jkio]IV. Timeline
[url=http://afwrpg.informe.com/forum/viewtopic.php?f=8&t=10091:3rx8jkio]WIN (submission) - Blossom vs. Serona - "If at first you don't succeed..."[/url:3rx8jkio]
Wherein Serona gives first exhibition to her personality, in all its unfortunate facets. Ultimately she settles into a cool rage--and punishes [url=http://afwrpg.informe.com/forum/friction-roster-f10/blossom-fields-t9848.html:3rx8jkio]Blossom[/url:3rx8jkio] for putting her there.

Friends: None
Allies: None
Rivals: None
Enemies: [url=http://afwrpg.informe.com/forum/friction-roster-f10/blossom-fields-t9848.html:3rx8jkio]Blossom Fields[/url:3rx8jkio]
Crushes: None