APPEARANCE
Vida in her ring gear: 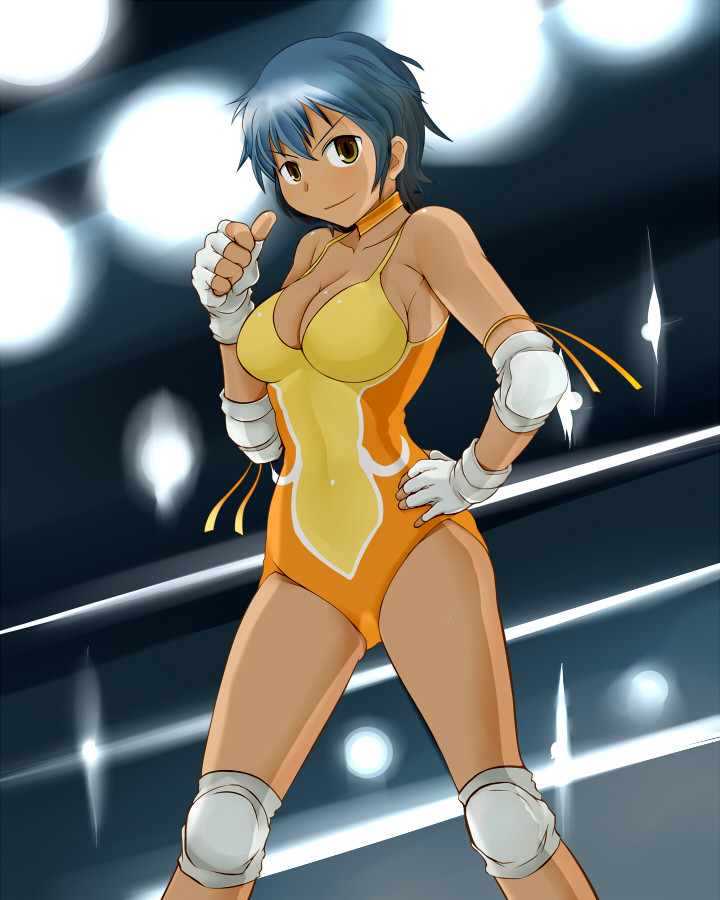 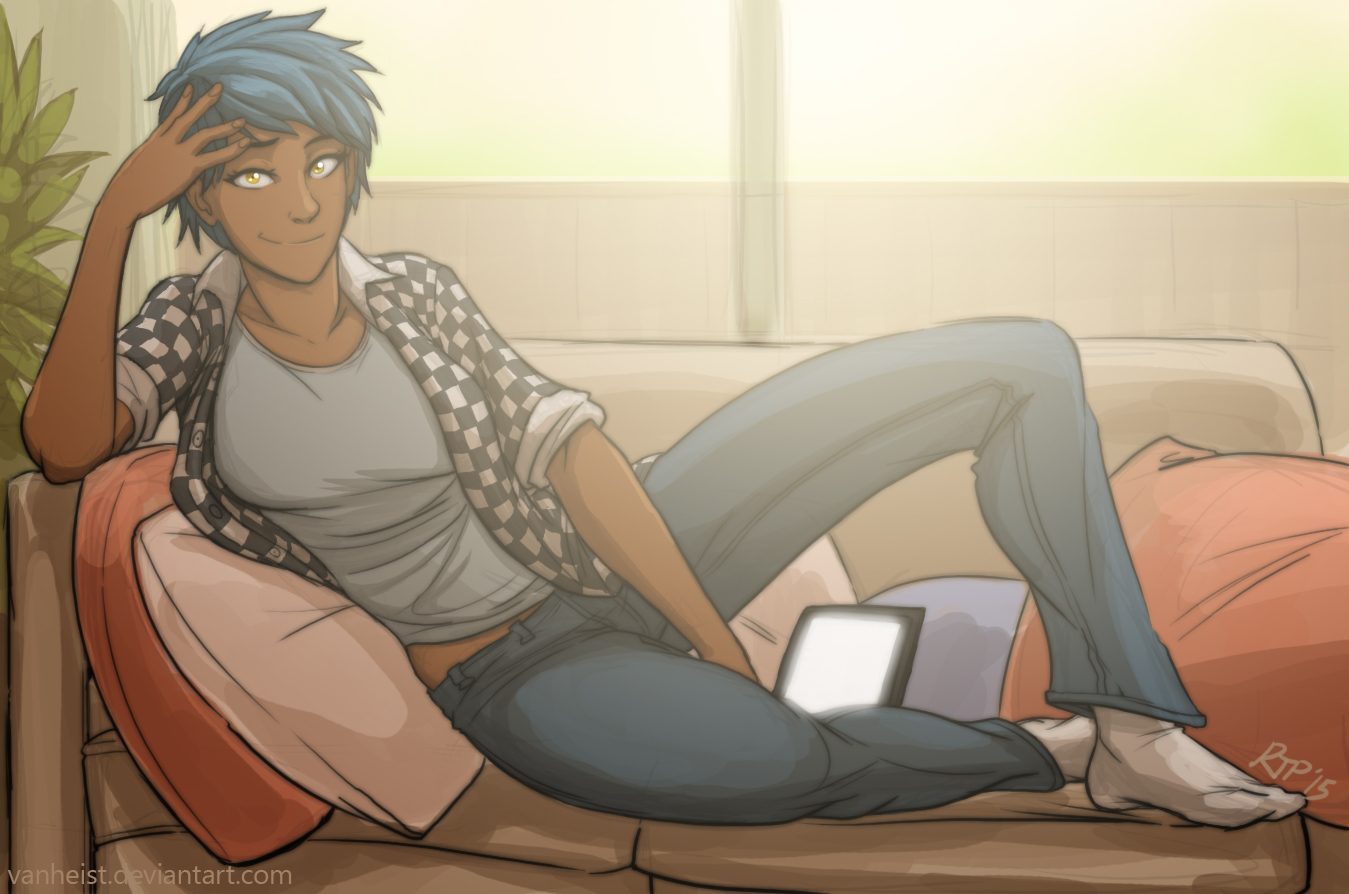 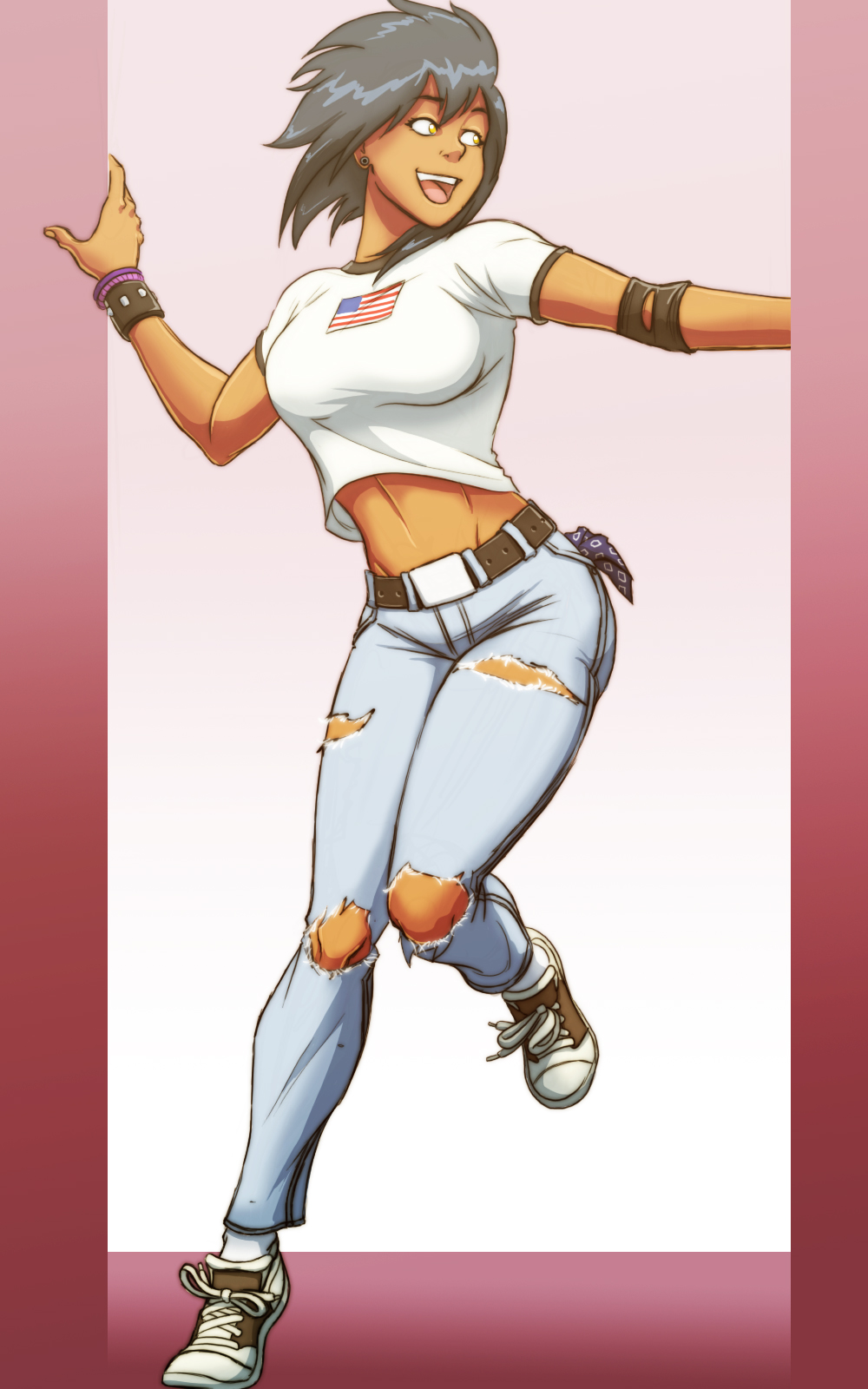 A newcomer to the world of professional wrestling, Vida Fenix began her training a few years ago in the same gyms that trained some of the lucha libre stars she grew up idolizing, La Santa Tigresa.  Vida eagerly threw herself into training, studying any and every aspect of wrestling that she could, the sport quickly becoming the primary focus in her life.  She trained under veterans such as Rey del Lucha Sr., & the exotico El Flamenco, for about a year.  While she gave all of her instructors as much attention and credit as she could, Vida found herself paying special attention to matches with Santa Tigresa III and IV, her personal favorites.  As a result, Vida has excellent knowledge of how to pull off solid, technically-sound spots, while she doesn't give as much attention as she should to some fundamental techniques, as well as to her mental game.  Now, working with her idol Santa Tigresa IV, Vida's training continues.

Slams and Throws-  Easily Vida's weakest area.  Lacking in size and power, it's rather rare that Vida can pull off most lifting or power moves without a great deal of effort (and a bit of luck).
Technical Skill-  Realizing her faults, Vida's trainers tried to get her to put most of her focus in quick counters, escapes and reversals.  Vida had these techniques drilled into her head for her entire training, but would be the first to admit that her enthusiasm and focus on this style of wrestling is a bit lacking.
Strikes- Another area of focus for Vida's training, she tends to use strikes that will capitalize on speed more than power.  She tends to use quick, repetitive standing strikes, such as successions of kicks or elbows.  Her real preference, however, is for running and high flying moves that she invests with a great deal of enthusiasm.
Submissions- While Vida's been well-trained in submission wrestling, her size and lack of physical strength make it a long shot, to keep holds locked in.

PREFERRED MATCH TYPES
Vida prefers simple, straightforward matches.  Too many odd stipulations tend to intimidate her quite easily.  She is open to both Friction and Tension matches, especially those in which she can tag with her partner Santa Tigresa IV.

FAVOURITE MOVES
Vida has a widely-encompassing love of wrestling, which shines through in all of her matches.  To outside observers, it becomes rather apparent that Vida prefers to go for impressive, exciting spots, over logical ones that might make sense in any given situation.
When effective, Vida prefers quick successions of strikes to wear her opponents down, as well as running and high-flying strikes that capitalize on her speed.  As for specific moves, Vida prefers kick combinations, running high kicks, roundhouses, the enquigiri,


FINISHING MOVE
Phoenix Fall:  With her opponent down or sufficiently dazed, Vida ascends to the top rope, and waits for them to be in position to catch a flying cross body.  If she connects, Vida will roll through the move and try to hook her opponent's legs, in hopes of securing a pinfall the moment their back hits the mat.

Raised under compassionate, supportive hands in a small Mexican orphanage, Vida grew up optimistic and positive, in spite of her rather depressing origins.  Taking quickly to her surrogate family, Vida was a well-behaved child, though not always the most attentive or studious.  Young Vida's attention was always rapt, however, during the occasional visits from visiting luchadors that passed through the chapel on their way through the village.  Simply enamored with their ability to lift the spirits of those around them, their larger-than-life personas and goodwill towards their fans and supporters, the art and spirit of lucha libre became the only thing the young woman talked about.  One of the nuns, the young yet well-regarded Sister Feliciana even let the young Vida start attending a few local shows (under her close supervision, of course)!  Better, the nun figured, to have the girl learning a moral lesson through a lucha code of honor that she seemed to take quite seriously, over lessons that she seemed incapable of paying any attention to in her classes.

The rowdy crowds, hot weather and near-omnipresent scent of liquor went completely unnoticed, as Vida's entire focus was immediately locked hard onto the competitors in the ring.  Inspired by the epic morality play being performed in front of her, Vida knew immediately what she was going to be doing with the rest of her life.  The young woman, in her mid-teens at this point, began a steady regimen of exercise and athletics (as much as her studies would allow for, anyways).  Her dreams took a bit of a blow when Sister Feliciana left the orphanage, and none of the other Sisters were nearly as willing to indulge Vida's goals.  Which, of course, only seemed to encourage the young woman.  She began training in secret, and remained glued to the occasional visiting luchador, asking increasingly specific questions about technique and the like, when no one else was in earshot.

By far, however, Vida's favorite visiting lucha was the impressive Santa Tigresa IV, the recent heir to the mask and name of  another of her favorites.  It didn't matter to Vida that the new Tigresa's win/loss record in Mexico wasn't exactly the best, or that she had failed to capture a single title.  The masked woman visited often, and seemed far more supportive of the overenthusiastic young fangirl than any other visitor she'd spoken to.  As soon as Vida turned eighteen, she was given a fair amount of money to set herself up, and pointed towards a job.  Directions she completely ignored, in favor of ducking into the first gym she could find with suitable trainers for lucha libre.  Young and well-conditioned, Vida became a good student for the first time in her life, taking to her training like a fish in water.  She worked whatever menial jobs she could get to make ends meet, but never let anything take more of her time, than her training.

After about a year of work, Vida eventually discovered that her idol, the Tigresa, had made her debut in a Japanese wrestling fed.  Saving what she could and depleting the rest of the money that she'd been provided, Vida traveled to Japan to try out for AFW, hoping not just to catch up with her inspiration, but also to make a name for herself.  And with an overwhelmingly positive attitude, boundless optimism and a will to succeed, Vida is confident she'll be able to accomplish exactly that.  Since coming to AFW, the young luchadora has been learning the rigors of real competition, the hard way.  Having taken some time to rehab a dicey ankle, the young latina is poised to make her AFW return, in hopes of finally winning the respect and honor she feels a luchadora should earn.

QUIRKS AND FUN FACTS
- Vida has a deep and abiding love for classic luchadores, and through numerous visits to shops and vendors in Mexico, she's amassed quite a collection of masks.  Her deepest hope is to someday feel qualified to take on a masked lucha identity of her own.  Realistically, though, she knows that such a day is quite a ways off, yet.
-  Vida's favorite thing about traveling abroad has been the discovery of sugar-laden breakfast cereals.  More of her recent food-buying habits have been influenced by cartoon mascots than she'd like to admit.
-  A less than stellar student, Vida would often drift off during bible study, often inventing her own "interpretations" of various scripture passages.  To this day, she's fairly certain that Jesus went to the desert and refused to turn rudo while defeating Satan for the Underworld Heavyweight Championship in a three-day Iron Man Match, and that David defeated Goliath by unmasking him in front of 10,000 screaming Jerusamaniacs at the Promised Land Silverdome.
-  Her recent journey to Japan is the first time Vida has seen buildings so small (on the way over, she dared not venture beyond the airport, and the high-flyer actually found she wasn't a great fan of looking out the window).  Immediately both enamored and intimidated by the size of everything around her, Vida tends to get lost rather easily.

1.Daisuke Taekuchi d. Vida Fenix via submission:  Training in the gym, Vida allows herself to get goaded into an easy defeat by a much more experienced member of the Tension roster, getting her AFW career off to an inauspicious start.

3.Stone (w/ Mako) d. Vida Fenix via submission::  Vida's second singles match saw her going the distance with a stronger, more powerful woman.  And while Vida's determination actually nearly saw her to victory, an unexpected twist left her flat on the mat, and an easy target.

4.Emily Blaskowitz vs. Vida Fenix: Vida squares off with Emily, a fiery redhead bringing a lot of viciousness to the table. Moreso than poor Vida was able to handle, actually, as the poor girl wound up crying her submission to a brand new submission hold!

5.Suzumi Ishikawa 'the Tsunami' d. Vida Fenix via submission:  Vida took on an experienced local favorite, in former Wrestle Angel Suzumi.  Despite her struggles to remain competitive in the match, however, 'the Tsunami' was able to dominate Vida soundly.  Despite this, however, Suzumi managed to impress Vida & the fans with her sportsmanlike conduct, even if Vida didn't take the loss well.

Santa Tigresa IV: Vida's mentor and inspiration in lucha libre, whom she's been grateful for getting the chance to re-connect with.  Since coming back from injury, La Santa has been more hands-on in her mentorship, and the two now perform as the tag team, La Superestrellas!

Stone:  The powerful biker woman bested Vida in the ring by questionable methods, though without even her own knowledge.  Stone kept a watchful eye over Vida during her recovery, however, with the pair forming a bond of mutual respect.

Daisuke Taekuchi: An arrogant and spiteful young man, whose disrespect for Vida, her mentor, and everything she holds dear would eventually grow into a bitter feud.