Full Name: Aniek "HumpyDumpty" Rieveld
Gender: Female
Age: 30
Height: 6'4”
Weight: [IT SEEMS TO HAVE SOMEHOW BEEN REMOVED]
Hair: Naturally brunette but dies it either green or blue.
Eyes: Cherry red.
Ethnicity/Nationality: Dutch, born in Canada.
Alighnment: Face.
Entrance Music: "Can someone else figure this out? I'm rather out of the curve. "

Fighting Style:
Aniek is fairly jack-of-all-trades-master-of-none in terms of throws, strikes, and submissions, but her true talent is "comboing". In particular, transitioning quite quickly from one attack to another, often jumping the boundaries of technique. She may start with a simple shoulder charge, then grabbing her stunned foe for a scoop and slam, before pouncing on them for her other specialty; body-contact. She is fond of full body grinding and while to most it seems to be mindless rubbing, the Dutch wrestler has refined it into an art. She reads her opponents reactions, focusing on crotch, core, and breasts carefully, alternating her level of pressing, how fast she rubs, and how much she focuses on a particular location. In that sense her style is very aggressive, a bit loose when it comes to technique but compensating for it with constantly throwing different attacks and opponent's way. She's not really one for defensive tactics in that sense.

Favored Moves:
Flying tackle, bearhug, body-splash, humping/full body press pin, arm triangle from mount combined with belly grind, shoulder-charge, scoop-and-slam, whatever it is they call that one move where they grab the opponent's legs, swing them upwards and faceplant them behind them.

Stampede Assault: Aniek shoulder-charges a standing enemy, knocking them towards the corner. Sometimes before their backs have even connected, she pounces, pancaking them against the corner, making sure her body is tensed to flatten them. At this point, she may wrap her arms around the corner to squash/hump her opponent before letting go, hopping back, and slamming her body again and again into them, almost like a boxer. May turn into a corner bearhug or hump session.

Capture and Release: A flying tackle that flattens her opponents, followed by her hard-grinding herself across them, sitting her crotch on their face while her legs scissor their head. She then rolls over, flipping them onto their front, transitioning into a face-to-crotch scissor. She'll hold this for a little pulling back, yanking them forwards, and slamming their head right into the mat. If she has not released them, it can transition into a bostom crab.

Beast Breaker: Aniek goes into a semi-crouch state and charges fast enough at a standing opponent they're knocked off their feet. Before they hit the ground, Anieks grabs them, lifts them up, and sends them crashing into her knee for a crushing backbreaker.

Full Moon Assault: Back to back, she hooks her arms around her opponent and leans forward, bending them over her back for a backslide pin or body breaker position. However, she lifts them up over her shoulder quickly and slams them into the mat, upper back first, seemingly just a more painful backslide pin. This isn't before folding them up, lifting them again, and going for an even nastier powerbomb.

Octopus Crusher: An "octopus stretch" hold. It may start with standing octopus hold and transition to a ground one. However, Aniek tends to do it on the front of the opponent, belly to belly. She stretchs her opponent out into an "H" shape when doing this and may either stretch and restrain an arm or bend their head to the side with her leg and let one arm free. All the while she flexes her impressive core and attempts to squash her opponent's, forcing the air out of them.


Note: All of these moves happn within a very short (six to 12 second) timespan.

A resolute and headstrong woman, Aniek is a fairly nice in and out of the ring. She is surprisingly modest about her sexuality and is known to show a great deal of restraint towards weaker opponents, unless she they've come off to her as having been rather foul character. In which case they will be just about 2D, and rather drained, by the end of the fight. She's quite well educated and it shows, speaking in a rather proper and moderate manner. She can seem a little stiff and it may take longer than usual to get her to open up but she is very supportive to her friends. It's very rare to see her flirting but some believe she simply does it in the ring. Somewhat protective of younger persons. Thinks the whole "naughty teacher" sexual trope is a bit overplayed.

Having become a bit bored by her life as a highschool teacher, Aniek wanted to get a bit more action in her life. When she moved to do teaching in the Netherlands, she looked into some less than prim and proper entertainment sources in her off time. Interest turned into purchases and that turned into finally giving it a shot at a few newbie-focused events. Being among the older women present, she had an advantage in both size and strength. Promoters noted that she seemed to be an odd mixture of aggressive yet restrained, grinding wildly on her foes and reducing them to twitching, moaning piles quite quickly. It gave her a reputation as a "savage beast without inhibitions" and that was how she was often advertised as in many of their videos.

She was more than merely humping and rubbing however. Her versatility of styles combined with her close-up talents resulted in her piqueing the interests of a larger name sexualized wrestling productions group. She would meet many other wrestlers here, further honing her talents in both sexual and more physical wrestling styles. For a while she was cast as a kind of neutral character, not on the side of "face" or "heel" but a renegade who could be one or the other at the flip of a coin (or rather the decision of the writers). In spite of having only middle-level technical skills, she was able to take a few championship belts including one as a heavyweight, holding on to it for nearly a year before its loss.

The horns and tail shown in certain depictions, along with pointed ears, were essentially just part of a costume. She will probably not wear them as often in the AFW.

The following images are not 100% accurate and are best used as general references. ^This is the most accurate depiction of her body's level of musculature. I'd say her belly muscles would look tighter and harder. Her abs are a bit like here but a bit "tighter". Her breast should be in the tear-drop shape they are here, large but smooth and a bit perky.

For another example of something close to her build, imagine this but taller and mixed with the first picture. 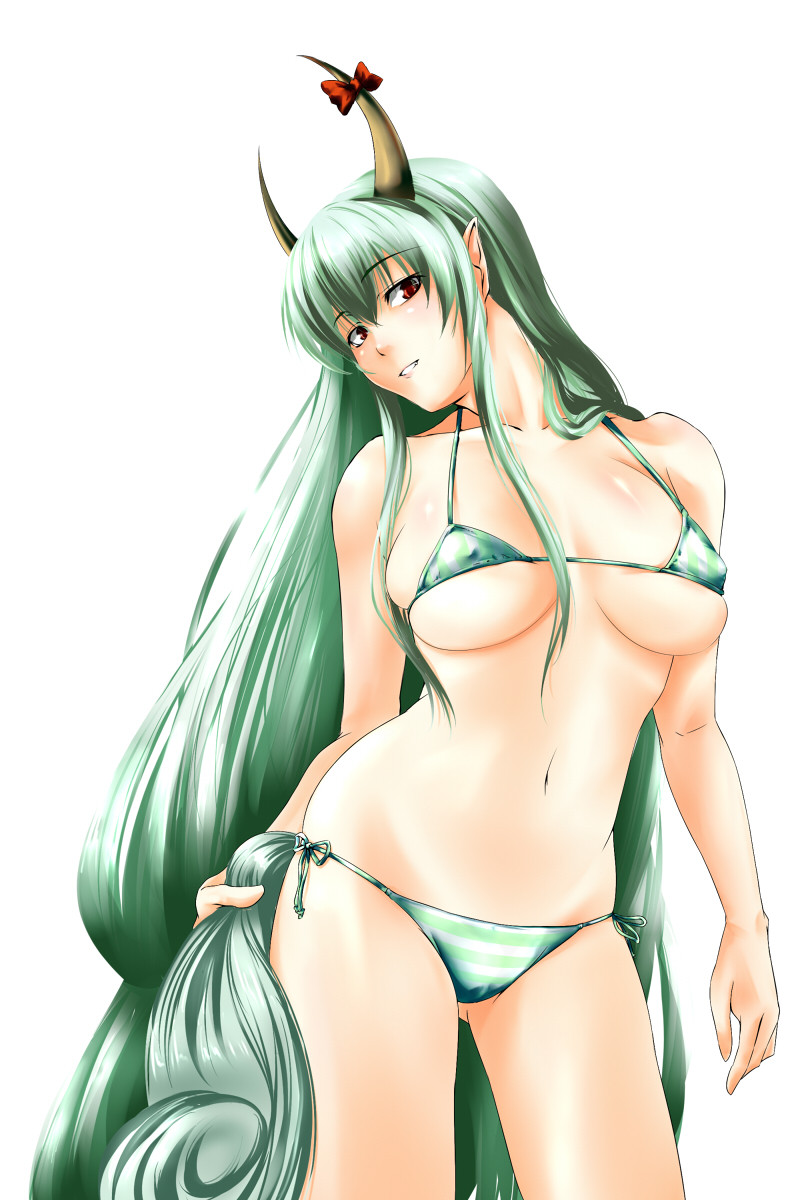 ^An old promotional photo when she first started to become a popular figure in the European leagues. 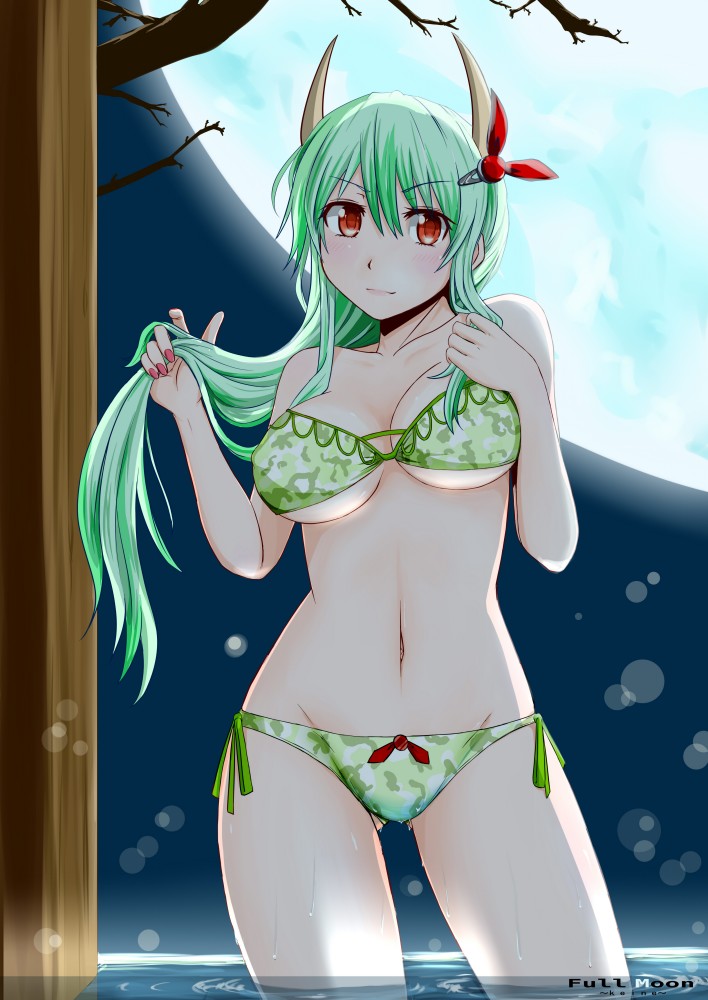 ^Trying on a sling bikini for the first time. 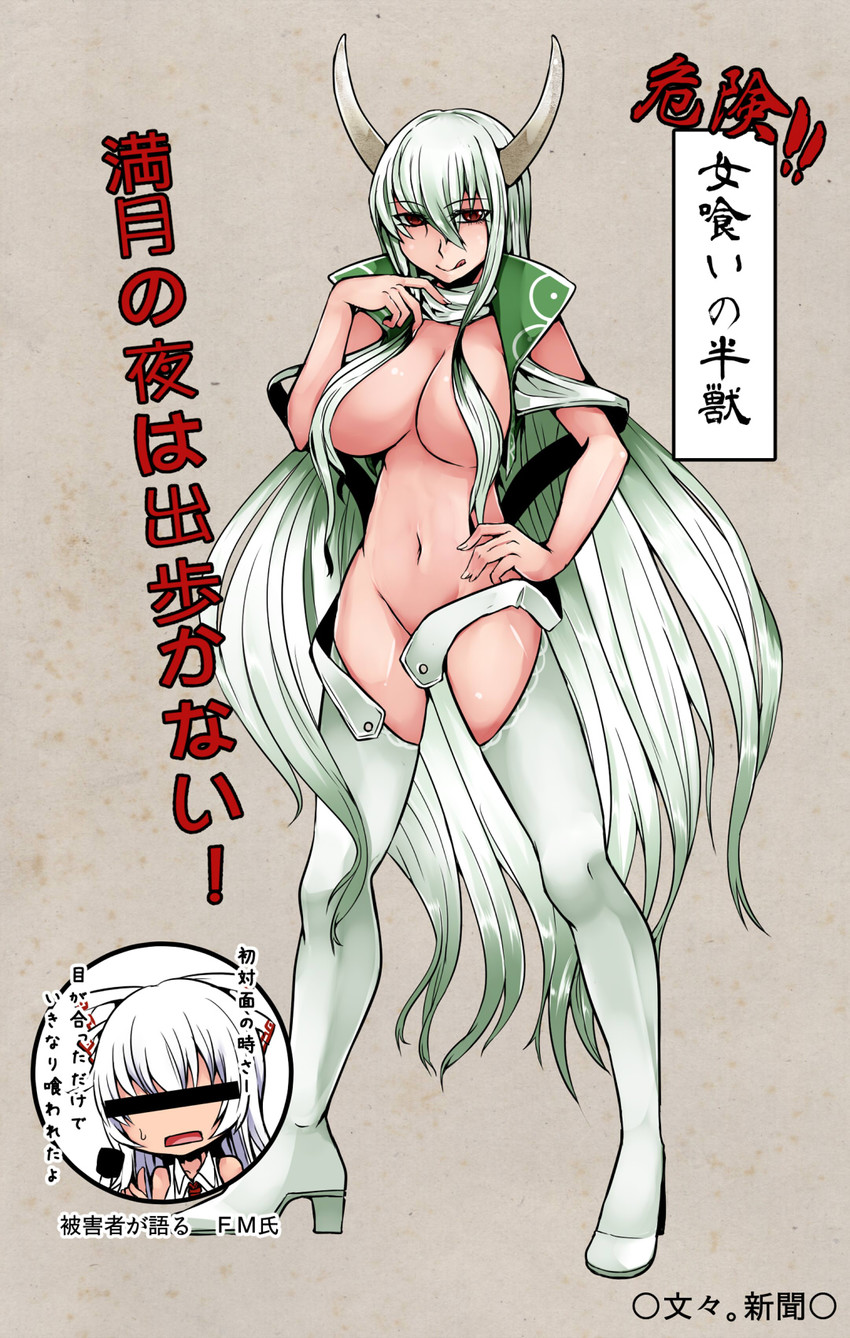 ^The most ridiculous "outfit" she had ever "worn".

Add me on Trillian. My user name is the same.