Strategy:
-Misaki primarily relies on her speed and strength, attacking aggressively and hoping to incapacitate her foe as quickly as possible.  While she has a solid grasp of the basics of martial arts, she lacks any focused training, thus her techniques are all simplistic at best.  Added on to her poor physical stamina, Misaki knows her odds drops the longer a fight lasts.  Due to her slender build and aversion to close physical contact, she desperately avoids any form of grappling and tries to stay on her feet at all times. 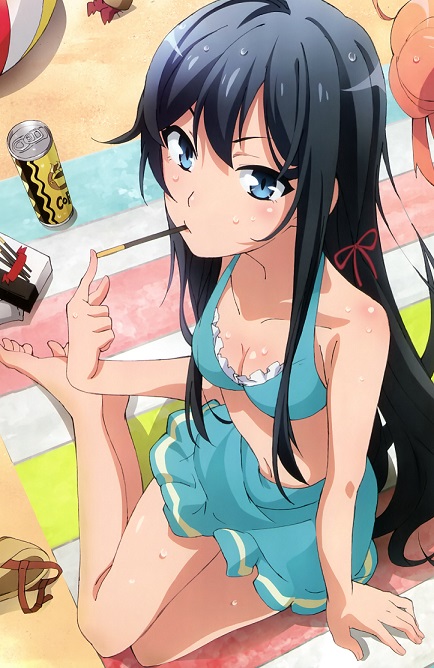 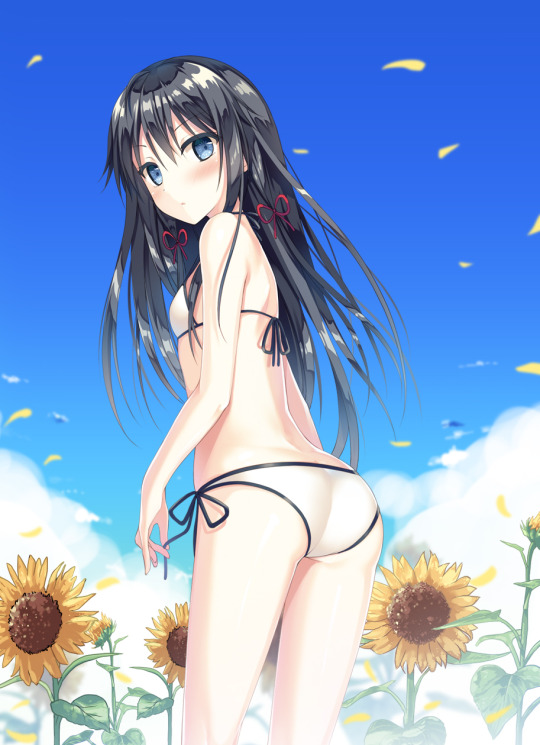 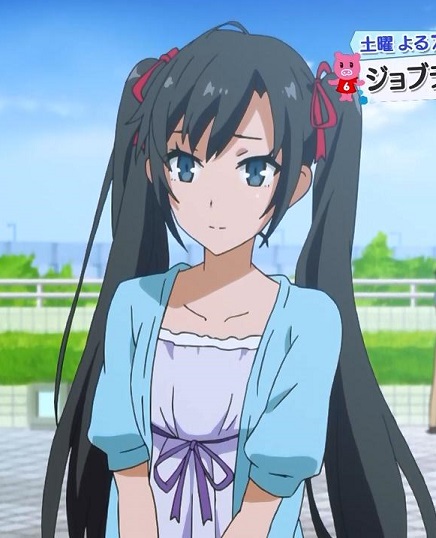 Personality:
Misaki puts on a cold, serious persona, but deep down she is quite insecure.  Overly modest, she tries hard to be normal and not stand out, although amidst the back drop of a place like the AFW that only makes her stick out all the more.  Due to the way she was raised, Misaki tends to consider things using only cold logic, but lately has been trying to break that habit.  She always tries to plan her moves two or three steps ahead, but whenever things don't go as expected she easily ends up breaking down and becoming flustered.   Having never developed any close personal relationships over the course of her life, she tends to struggle when interacting with other people, even more so whenever close or intimate physical contact is involved.  While she recognizes that shortcoming and wants to change, it admittedly has been difficult for her.  Her naturally conditioned reaction is to act either irritated or upset, thus inadvertently giving herself a tsundere-esque character.

Past/History:
Misaki was brought up in an incredibly strict household, with her overbearing parents constantly pushing her to do everything; school, sports, clubs, etc.  Naturally talented and diligent, she was easily able to perform, however spreading herself thin over all her obligations inevitably meant there was also no one thing she particularly excelled at.  While she saw the flaws of this approach, her parents did not, continuing to pressure her and telling her it would all be important to her future.  With her natural looks and impressive repertoire, Misaki grew to be a popular girl at school, but at the same time was nigh unapproachable.  She was knowledgeable in a vast array of subjects, sans one important one: interpersonal relationships.  Saddled with all her activities, Misaki had not the time nor opportunity to interact with other people, inevitably making her feel ostracized.

In Misaki's first year of high school, all that would change.  Both of her parents died in a traffic accident, leaving her completely alone and with no close relatives.  Tragic as it was, the ever-diligent (and emotionally-stunted) girl, dealt with it as she always had.  Fortunately, her paranoid parents had saved up an impressive amount of money, bequeathed to her and allowing her to live comfortably as she finished high school.  Of course, among the things that had been forced upon Misaki in her youth, housework and cooking was included, meaning she could fend for herself as well.  While free from the suffocating pressure, inevitably the responsibility of living life on her own kept Misaki busy.

Though she completed high school (with spectacular grades no less), both her financial and social situations prevented her from continuing on to college.  It didn't help either that she still had no specific emphasis of study she wanted to pursue.  Contemplating her next move in life, she began to gather any and all potential options available to her.  Systematically analyzing each possibility, she came to a sudden stop as she looked at the AFW.  As a financial option, it of course blew all others out of the water, however something so...  lewd didn't fit her in the least.  While she knew some martial arts, it was hardly anything of note, plus physical contact with others in general made her uncomfortable.  There were hundreds of possible logical reasons for her to just throw the idea out, but Misaki found herself inexplicably fixated upon it.

Stricken with the possibly the first strong desire she had ever felt, Misaki couldn't help but discard all her reasoning and apply.  Of course, with looks like hers she was quickly picked up and registered as a fighter.  With a new and strange world out before her, and completely free to explore it at her will, Misaki for once in her life felt like she was finally doing something she wanted to do.


Misc. Facts
-She enjoys fighting, but it vexes her that she is bad at it, since her continued efforts would contradict her logical reasoning.
-Deep down being forced into a submissive position excites her, but it also frightens her given she was always taught to be dominant.
-Absolutely insecure about her sexuality (but it is absolutely gay)
-Adores cats/cat-related things, but refuses to show/admit it.