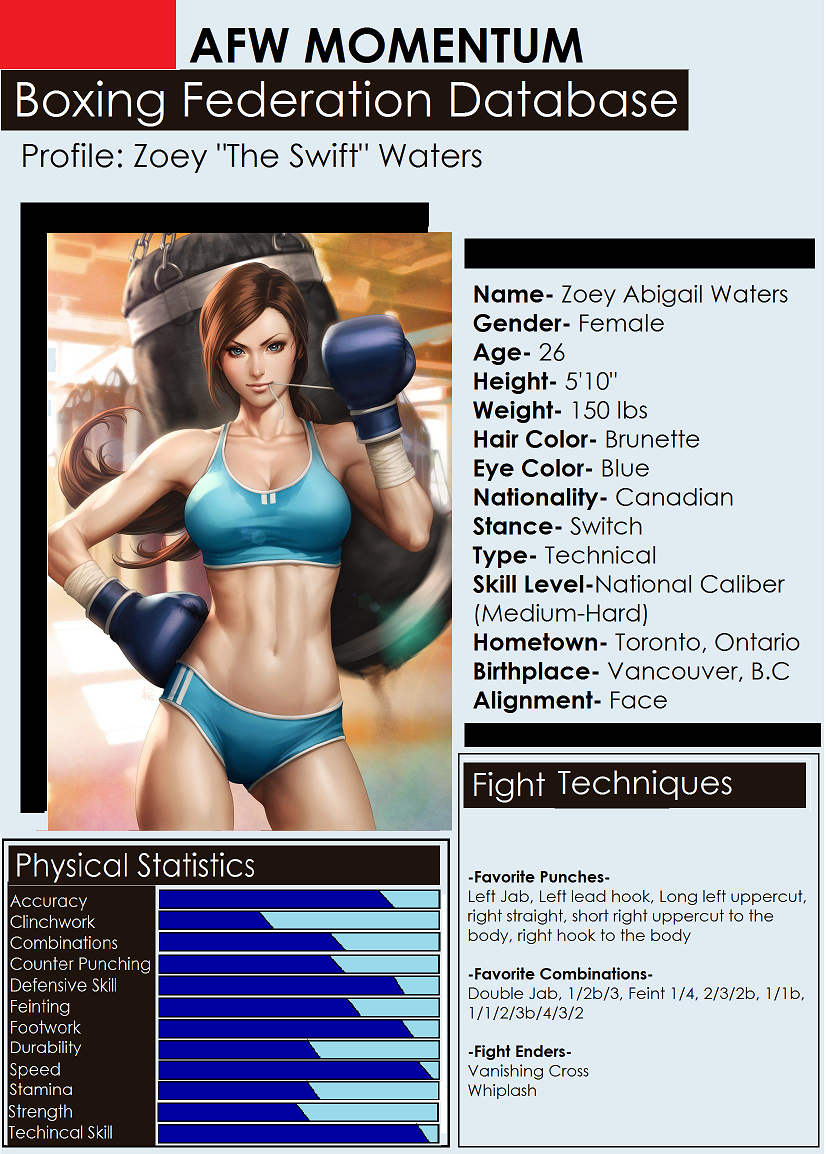 Zoey is a technical fighter that uses her speed and technique to outclass her opponents. Being a technician, she relies on a large arsenal of techniques to keep her opponent guessing. As far as strength and power go, she is just normal. Her devotion to Olympic-style boxing is what makes her very well skilled in both offense and defense. This is both a good and a bad thing. She fights with an Olympic/amateur fighting style prizing technique and well placed shots over strength. Her main weakness is the clinch which serves as her greatest flaw. Due to her familiarity with Olympic boxing, she's very used to being broken up by the Ref quickly. Therefore, there was no real reason for her to become good within the clinch.

Zoey's main tactic for offense is to outbox the opponent and weaken her opponent over time and finish them off with a powerful shot.Due to lacking knock out power, she must rely on attacks that require more risk in order to put away her opponents.

Defensively, Zoey is good at protecting herself through bobbing, weaving and using her footwork to get out of the way. In addition, her counter punching makes her a constant threat. Despite her defenses, Zoey is not difficult to put on the canvas. In the beginning, her defense seems almost perfect but over the course of the match, she later makes mistakes and her defense starts falling apart.