Strategy:
-Despite her scrawny appearance, Maddie is incredibly tough and can endure a large amount of pain.  Her size also allows her to be very nimble, and good at evading.  Playing to those strengths, she will usually attempt to wear down or outlast her opponent.  Unfortunately in terms of her actual strength, she's terribly lacking, and often struggles when trying to go on the offensive.  After suffering horrible losses over and over, she's become deeply jaded and almost solely relies on dirty attacks like low blows and eye gauging. 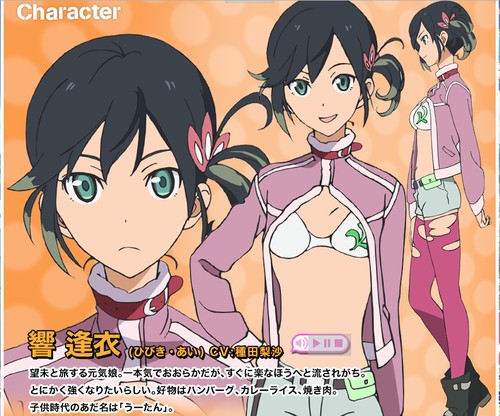 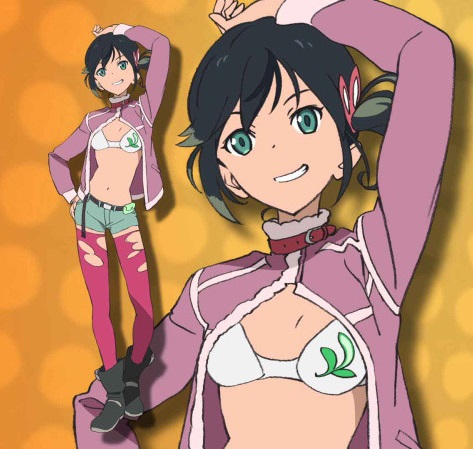 Personality:
Madison, or Maddie, as she likes to be called, is a very upbeat and friendly girl.  Due to various difficulties growing up, she's about as sturdy mentally as she is physically, and it can take a lot to really get her down.  She is insecure about her body however, but tries really hard to mask it.  She also has a tendency to be childish and immature, which often ends up rubbing others the wrong way. A closet yuri fangirl, she gets very excited watching other girls either fight intensely, or get intimate, but will rarely act on it.

Having suffered constant humiliating and painful defeats since coming to the AFW,  Maddie had become rather depressed and irritable as of late.  Driven by her bitterness, she often throws herself into dangerous matches, wanting to be able to take out her frustrations, often in the form of low blows, without anything holding her back.  Unsurprising, this has backfired on her numerous times, but that only deepens her frustrations and her sadistic urge to make her enemies suffer in the exact same ways she has.


Past/History:
The daughter of an American expatriot and a Japanese woman, Maddie was raised with a difficult family dynamic.  Some of the habits of her foreign father, a man who never truly adapted, stood out in stark contrast to the rest of Japanese society.  Because of this, as a young girl, Maddie was often confused, and sometimes felt out of place in her own country.

Domestic disputes and work eventually led to her father getting a divorce and returning to America, leaving Maddie's mother as her sole guardian.  As her mother struggled to provide for them both, Maddie grew embittered towards both her father and society at large.  Often ridiculed at school for her 'western' name, she made very little friends, and began to fall in with some delinquent crowds.

Eventually, Maddie fell in with a local all-girl street gang.  It was here she finally began to notice her unnatural pain tolerance compared to others, able to endure and recover from fights far better than most of her peers.  The gang provided her with a certain sense of belonging, something she had sorely lacked throughout her life, and so it became an important thing to her.  Despite her toughness, she still was not a very good fighter, however, and never really made a name for herself, even in her own gang.  As time went on, she grew to admire the stronger fighters in their group, in particular two girls named Akiko and Yukiko.  While mostly aloof as leaders, their passion and strength inn battle was a huge inspiration to Maddie and a lot of the other low-ranked members.

It wasn't long, though, before she would eventually grow too old for the gang, which had lost a significant amount of interest to her after Akiko and Yukiko both left, as no other girl was ever able capable enough to fill that void.  Forced to find work to help around the home, she hopped between odd jobs, while secretly participating in an underground street fighting ring to score extra cash.  Of course, even with her toughness and her experience, she was still pretty weak and would lose often, not making nearly as much money as she would have liked.

One day, surfing the internet at home while nursing her wounds from a recent loss, she stumbled upon a video of both Akiko and Yukiko participating in the AFW.  Stricken with the desire to follow in the footsteps of her idols, she quickly applied.  While her stress-ridden mother didn't like the idea, Maddie was still old enough to make her own decisions (not to mention the pay was phenomenal).  Eventually signed on by a scruffy-looking manager, Maddie set out eagerly, excited to reunite with Akiko and Yukiko.


Misc. Facts:
-She over-idolizes her teammates, and also secretly 'ships' them together.
-Has a dedicated 'fanbase' who like to see her get destroyed and humiliated.
-Has a slight inferiority complex about her underdeveloped body, and will get either irritated or embarrassed if called out or exposed.
-Crotch attacks used to just be occasional mischievous thing for her, but after getting her womanhood tortured in her matches against Elsa and Alicia, she's developed a sort of twisted fixation on it.  Physically unable to get revenge on her tormentors, she tries to take out her frustration on other girls she fights, but for the most part this only creates a vicious cycle of her getting low blowed all the time (and lets me overindulge in one of my fetishes, but yeah).  Usually when this is brought up by others, she gets depressed over it.

Strengths/Weaknesses
+High endurance, can take alot of punishment for someone her size
+Quick, and hard to catch with her small frame
+Very proficient at underhanded attacks

History:
Loss vs. Elsa & Haruna (Via Submission, Random Pairing Tag-Team)
Loss vs. Mari Fuuma (Via 2 Pinfalls to 0, Best-2-of-3 Falls)
Loss vs. Kena Arisato  (Via submission)
Visiting the Dojo (Maddie pays her new friend a visit)
Loss vs. Alicia (Via submission, Strip match)
Loss vs. Emily Blaskowicz (Via submission)
Loss vs. Gwendolyn DuPont Bettencourt (via Submission, Tempest Tournament round 1)
Loss vs. Gail Hatzis (Via KO)
Out at the bar (A minor misunderstanding and meltdown somehow leads to making a new friend)
Gym brawl (A friendly spar get replaced by a vicious rematch)
"Win" vs. Gail Hatzis (Via DQ, penalty kick match)
Saved from a dire situation (Akiko & Yukiko rescue Maddie from Gail's clutches)
Maddie shows up to support her teammates, but...
Win vs. GASTER (Via pinfall)
Maddie unknowingly runs into a villain(?)
The gang gets some cold-hearted revenge
Loss vs. Layla Vale (Via submission, Strip Match)
_________________
SummoningProgram.exe
Select an entity to call forth.