Strategy:
-Mei-li practices a free-form chinese martial art known as Sanshou.  Not an official school, but rather the broad name for most hybrid fighting styles that combine both striking and wrestling techniques.  Mei's particular style incorporates Bajiquan techniques, a martial art focused on breaking guards and targeted elbow, knee and hip strikes, supplemented by takedowns and appropriate submission holds.

Special Moves:
-Guard Break- Mei will thrust her arms forward, then outward, with the intent to knock her opponent's arms away from their body, and leaving them open for a swift elbow strike to the throat, often followed by a strong hip check to the torso.

-Rising Assault- Ducking low, Mei will first launch an open-palm uppercut to knock away her opponent's guard or strike their chin, before leaping upwards and throwing a powerful knee strike to the midsection. 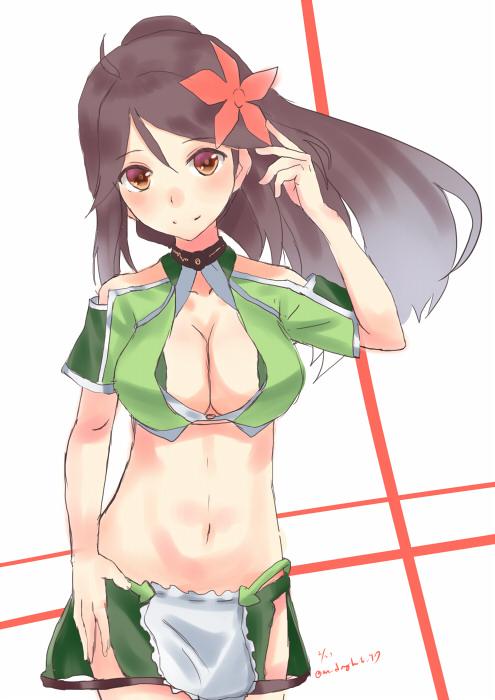 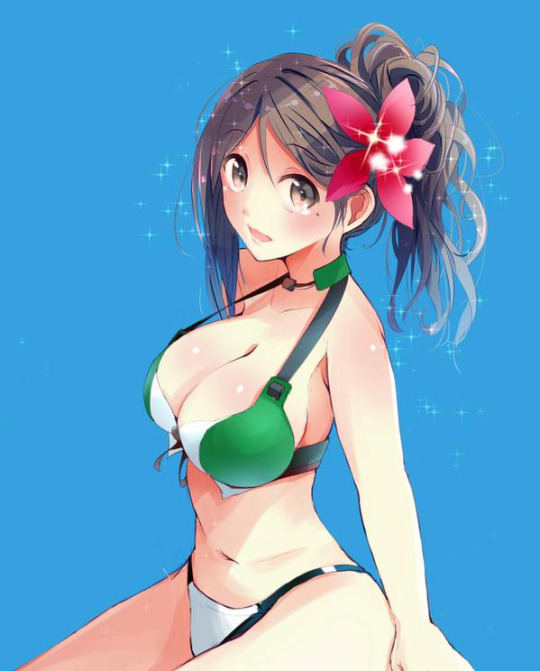 Personality:
Mei is a very spirited and cheerful girl, who always tries to look at the bright side of things.  Raised in a poor household, she is no stranger to adversity however.   As a bit of a martial arts nut, she loves watching fights, and enjoys participating in them even more.  Having trained under a master for many years, she adheres to the general philosophy of the martial artist, and actively seeks tough battles to better herself.  Honest and respectful, sometimes to a fault, Mei is still not beyond succumbing to her dark side from time to time.  Should she feel sufficiently insulted or suffer too many underhanded attacks, her more pragmatic side can come out and start to repay her opponent in kind.  Having spent time in an underground fighting league, she suffered her fair share of dirty tactics, and will not hesitate to use them if she feels so inclined.

Past/History:
Mei was born in a slum neighborhood on the outskirts of Beijing.  As her parents were very poor, Mei was forced from a very young age to go out and perform odd jobs to help earn income.  She worked very diligently, hoping to support her parents the best she could, especially as their health was beginning to deteriorate.  Though sad, to her, it was the only life she knew, and she lived it without question or regret.

In her early teenage years, Mei found some nightime employment at a local underground fighting ring, where she would mostly collect bets from the gambling spectators.  One night, during her break she got to watch a match between two highly-skilled martial artists.  Instantly enthralled by the graceful but fierce movements of the two combatants, a fire of passion suddenly ignited itself within her.  From then on she spectated fights whenever she got the chance, hungry to learn such techniques for herself.

In her free time, Mei began to practice the moves she memorized in an empty lot near her home.  By sheer chance, a retired, middle-aged martial artist happened to be walking by and noticed Mei training.  Sensing a potential talent in the girl, the woman introduced herself and offered to tutor Mei .  Her dream pretty much coming true right there, Mei eagerly agreed.  Though between school and work Mei had little time to commit to her martial arts training, her passion and talent helped her pick things up quickly.  Over the years, her master taught her numerous different combat techniques, from which she picked and chose parts to form her own, unique style.  Having imparted everything she could to Mei, the enignmatic woman bade her farewell, telling her to seek her own path in a way only she could be proud of, much like how she had forged her own martial art.  These were words the bright young woman took to heart.

Her spirit burning brighter than ever, Mei returned to the same underground fighting ring where she previously worked, only this time as a combatant.  Competing in many fights, she adapted to the feeling of actual battle, tempering both her resolve and her form, and eventually becoming one of the strongest fighters there.  However, since the ring did not book cross-gender fights, and the active roster of other female fighters was fairly small, so Mei's matches dwindled in both enjoyment and number, growing tired of facing the same women over and over, not to mention earning much less money over time.  To her fortune, much like before, she managed to catch the eye of an AFW scout who was visiting the arena looking for talent.  Offered the chance to fight a near endless roster of other fighters, not to mention be paid extremely well, they was no way Mei could refuse.

Bidding farewell to her parents, with the promise to send them the vast majority of her winnings, Mei finally left her tiny slum and set out for Tokyo, extremely eager to see the world and all the strong warriors it contained.


Misc. Facts:
-Lived in a poor, tiny slum all her life, and is constantly shell-shocked by the luxury and broadness of city life.
-Eats a massive amount.  Even though she was poor, Mei always splurged for food when she could.  Finally introduced to various kinds of non-Chinese cuisine, and of course having the disposable income to take advantage of that, she goes out to eat constantly between fights and training.


History:
Eating out (Mei makes a new friend(?) over dinner and drinks and follows her home)
Later that night... (Mei's friend doesn't turn out to be as nice as she thought, and things get dicey)
_________________
SummoningProgram.exe
Select an entity to call forth.