The focus of Lily and her stable is primarily putting on a good show, with victory as a nice bonus from time to time. As such most of her fighters are either amateurs or jobbers. Lily does all of their match booking so the girls' individual preferences for matches doesn't always factor into the match making. For the most part Lily favors more gimmicky or sensational matches to standard matches.

Now, for the good part: the girls.

Lily Belle
The stable's manager and part-time wrestler. She's friendly, flirtatious, and more than a little shameless. Her match making for her stable tends towards the exploitative or even sadistic at times, but she insists that the crowd loves it... which might be true. Lily is also sure that whoever arranges matches for her, likely some AFW administrator, shares her sadism. (Friction/Tension) 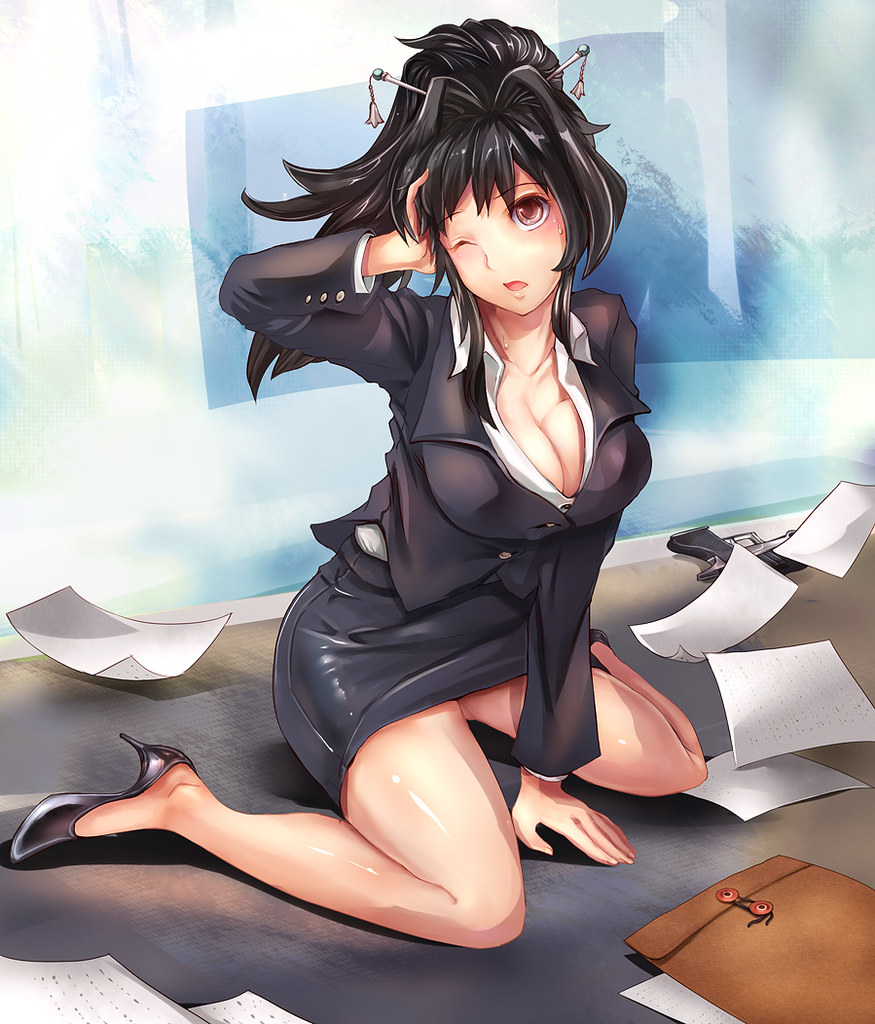 Anne Archy
A rowdy rocker and consummate trouble maker. In the ring Anne is reckless and aggressive, often times to her own detriment. Far from being shy Anne is an exhibitionist, actually thriving on what more modest girls would find humiliating. While she enjoys dominating weaker girls she shows no hesitation in indulging herself when on the losing end. Outside of the ring she is a little more laid back, still troublesome and mischievous, she can be friendly and even, at times, sweet. (Friction/Tension) 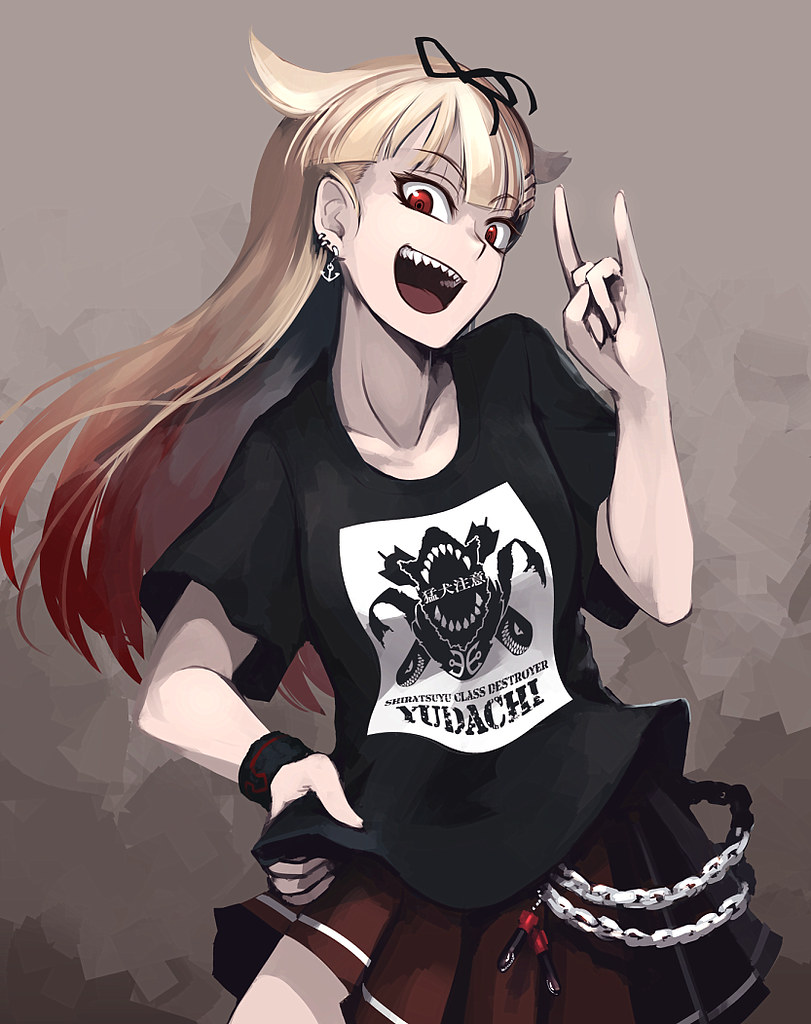 Elizabeth Page
Part-Time ring reporter, part-time wrestler, full time goddess. Elizabeth is a giantess of a southern belle with some nasty character traits. While she can be sweet as a peach she also harbors a lot of resentments and prejudices. She is a power move fighter who delights in humiliating and debasing women she views as "perverse". Inversely, being humiliated or brought to orgasm brings her to face her own shortcomings and indecency which she greets with equal parts rage and panicked denial. She proclaims to seek to expose the "truth" about her opponents, but only the truth as she sees it. (Friction Only, will wrestle Kawaii under the right circumstances) 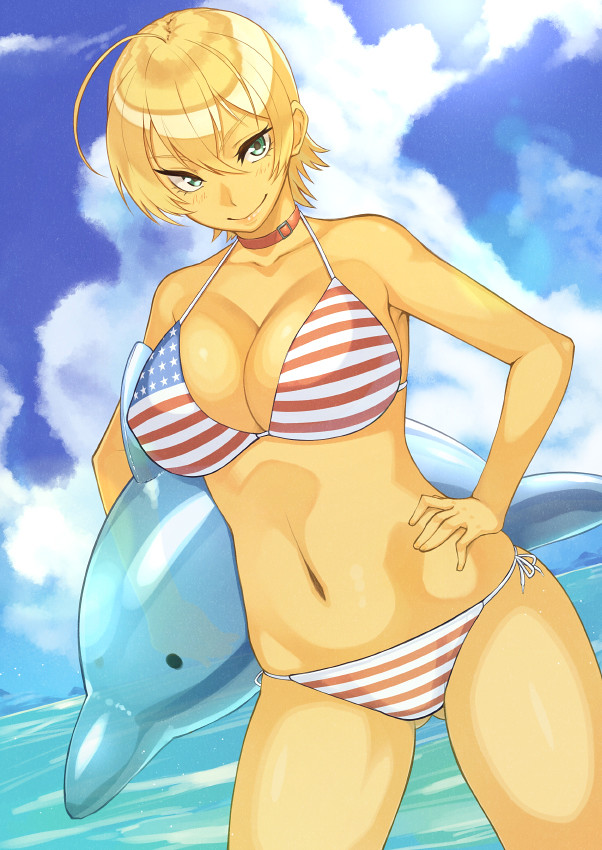 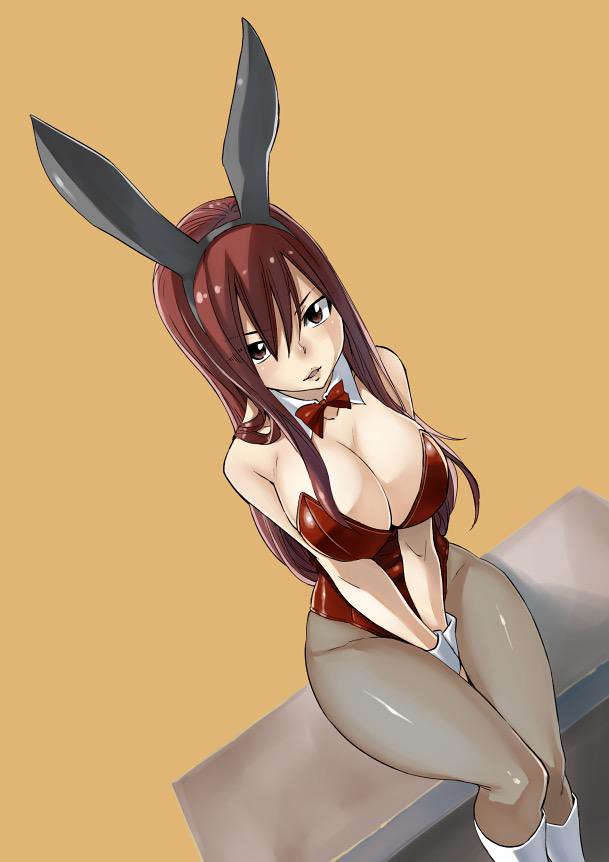 Korralyn "El Korrazon" Ramos
Korralyn is a touch emotionally unstable. Headstrong and confident one minute, insecure and lethargic the next. Much of her erratic behavior stems from something of an inferiority complex, always striving to be the best (often believing she is) only to have her delusions dashed when she is beaten. On a lighter note, she is a former pro surfer, and during hardcore matches may use a prop surfboard in place of a folding table... Really, its just a folding table she's had cut and painted to resemble a surfboard, even still has the legs attached. (Friction/Tension) 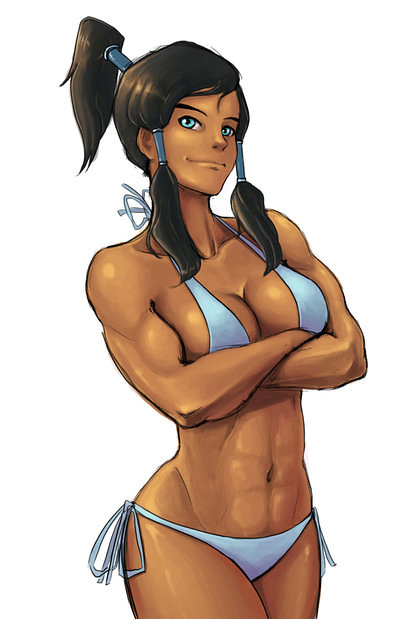 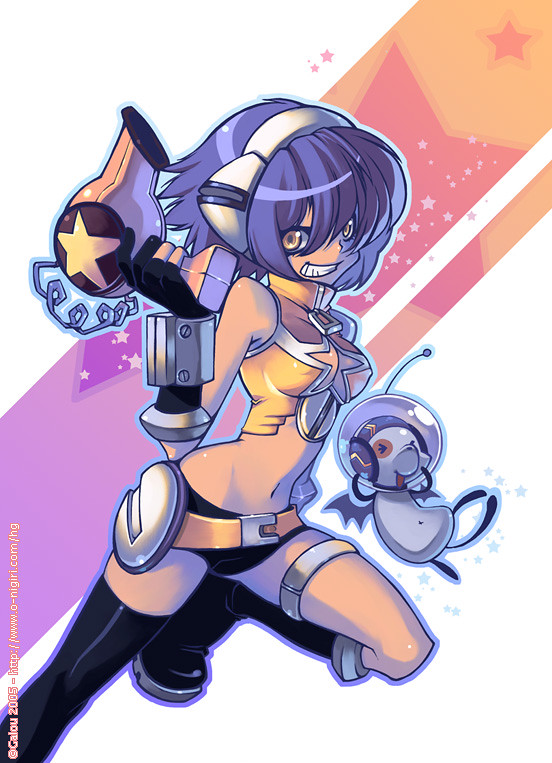 Lamya Kouri
Lamya hails from Kuwait and, although lax in her faith, still maintains the traditional modesty of her homeland. She wrestles covered from head to toe in loose garments going so far as to wear a veil in the ring. Her in-ring persona is haughty and cruel, delighting in submitting her opponents and even becoming aroused by their suffering (which she denies vehemently). Outside of the ring she is gentle and still a bit repressed. Much to her dismay she was easily brought to orgasm in her first match, offering little resistance. (Kawaii/Friction) 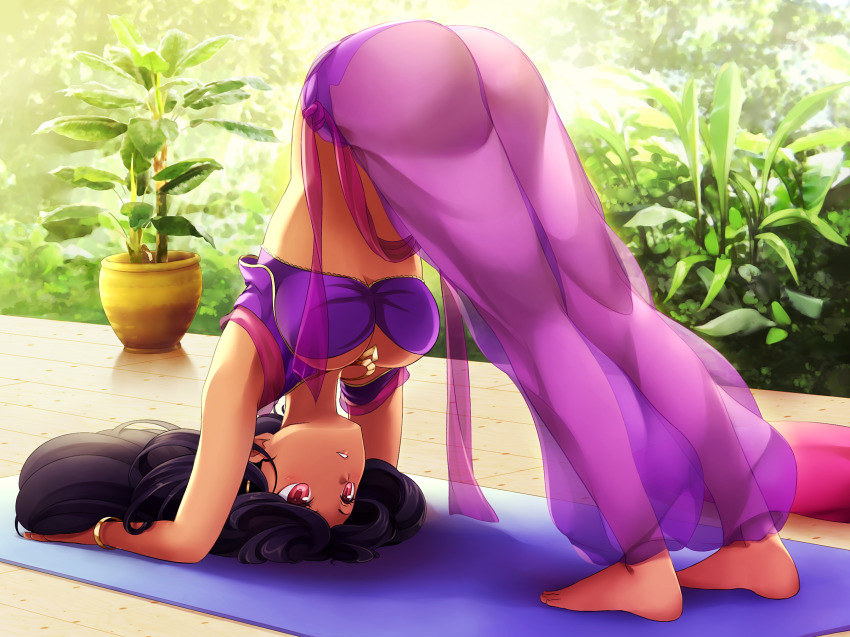 Mina Harker
Mina got into witch craft, or something claiming to be such, in middleschool and never outgrew the practice. Far from a religious doctrine she adheres to a mismatched assortment of superstitions and blatant delusions that contribute to her distinct brand of Chuunibyou. She is very much convinced that she can really do magic and that all manner of supernatural beings hide just below the surface of our world. She has not yet figured out that many of her fellow wrestlers are playing characters. (Kawaii/Friction) 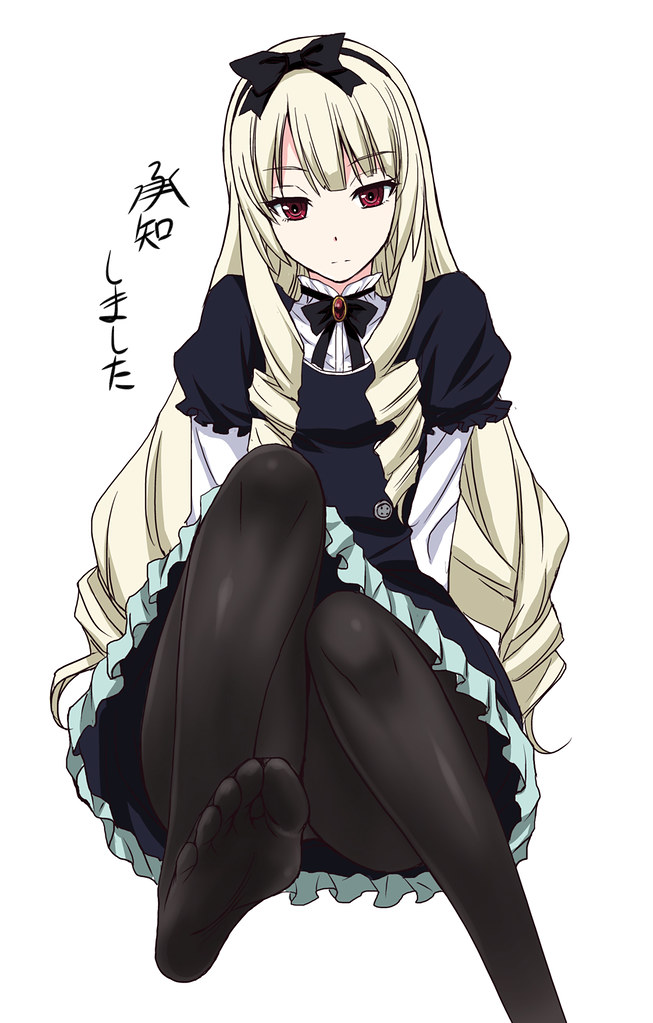 Wu Ping
Ping is a former gymnast from Taiwan. Her obsession is roleplaying, mostly of the tabletop variety. She lives for conventions and anything fantasy or sci-fi related. She is full of boundless energy, although when shy or uncomfortable she quickly grows introverted and self-conscious. She utilizes her flexibility and great dexterity from her gymnastics background to be a dynamic combatant in the ring and she isn't above getting a little dirty. (Kawaii/Friction/Tension) 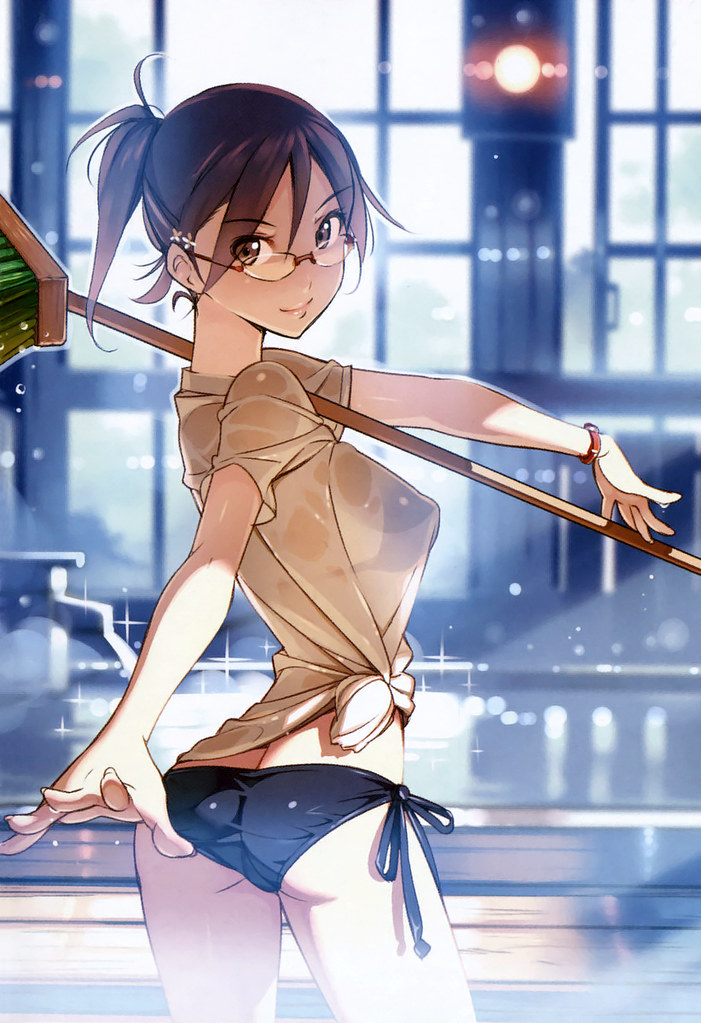 Nergui Zaya "The Tuvan Terror"
A cynical and disillusioned girl who came to Japan from the nomadic steppes of Tuva, near outer Mongolia, with dreams of fame and fortune. She can really be sweet and friendly, but her pessimism and bitterness can make her come across as mean or abrasive. A strong and mobile fighter she enjoys humiliating her opponents. Shameless she will take any match no matter how brutal or degrading. (Kawaii/Friction/Tension) 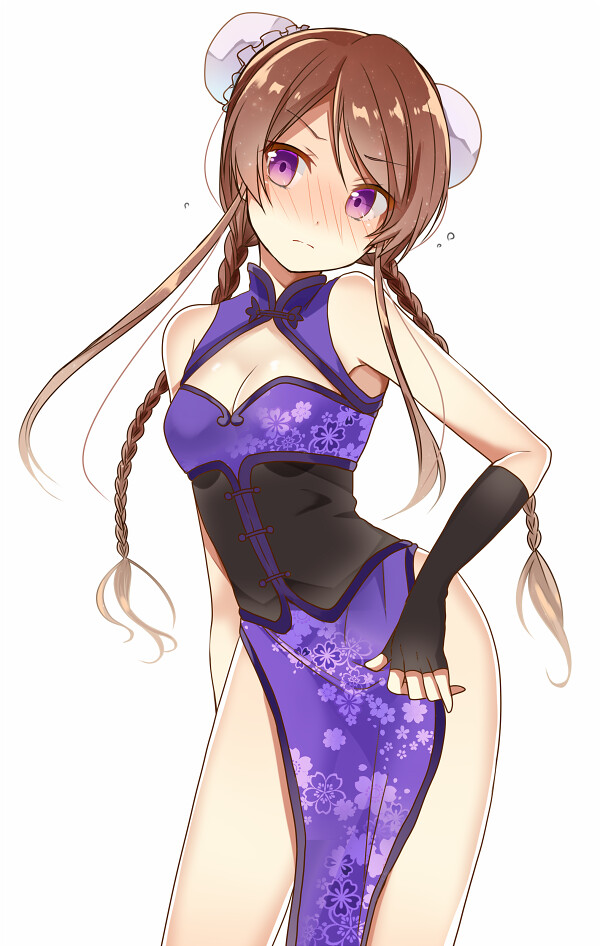 "Bloody Baroness" Bianka Belle
Lily Belle's cousin from Germany, Bianka! A student of history she's themed herself after her homeland during WWI to make herself an easily identifiable heel. (She felt WW2 was to controversial). She's a high flyer with a theatrical flare and a taste for humiliating her opponents. She's up for any sort of match, although the more cruel or kinky the better.  (Tension/Friction) 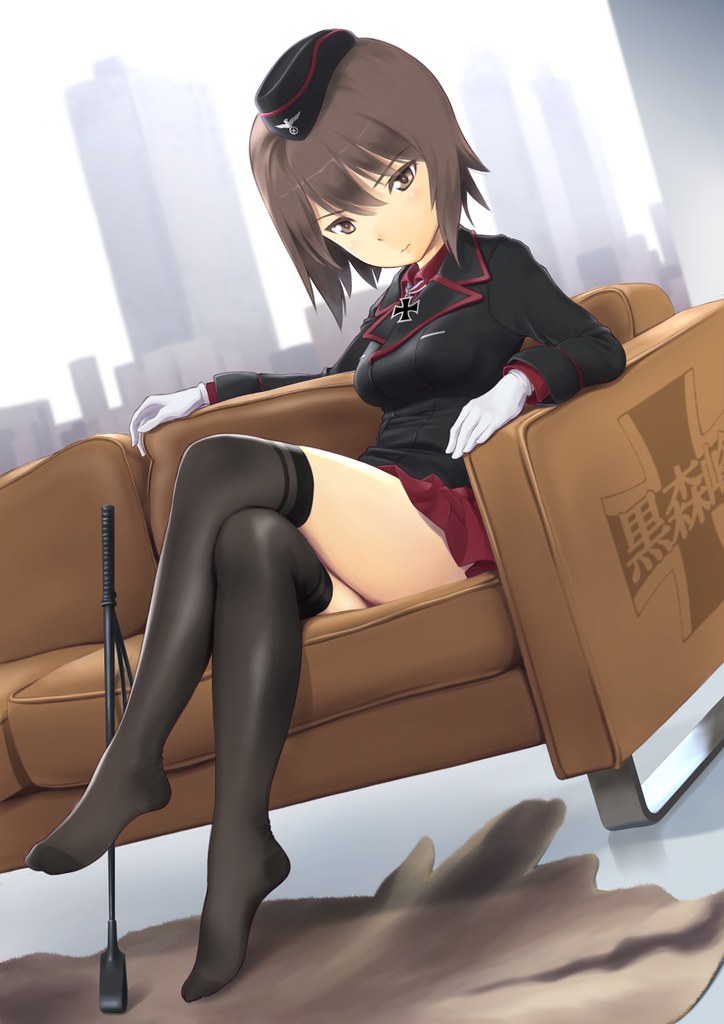 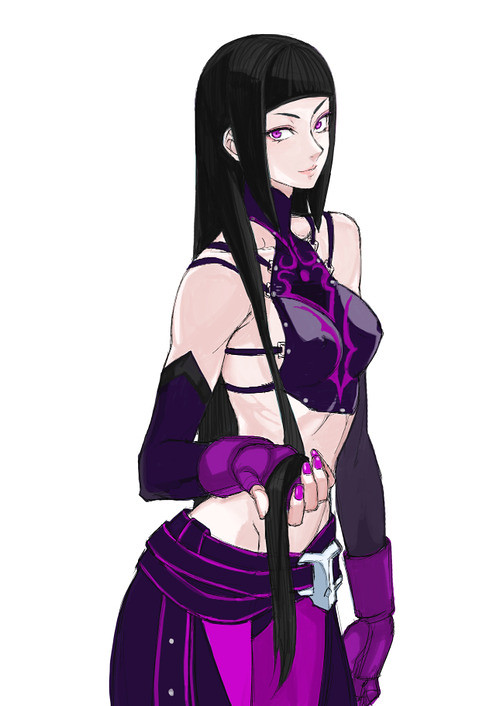 The stable consists of eleven (12) girls with ages ranging from eighteen (18; Ping, Zaya, Mina, Anne) to twenty seven (27; Druscilla). Lily Belle manages the other ten (11) wrestlers as well as competing as a Friction wrestler herself. The girls are split unevenly amongst three divisions of the AFW; five (6) in Friction, four (4) in the Friction Kawaii league, and only two (2) in Tension; although many of them will readily cross-over.

The entire stable lives in a single house, actually a small hotel just outside of the city which Lily purchased (with a sizable loan) and renovated as a sanctuary for her fighters. Most of the main roster girls have rooms of their own on the hotel's upper floor with the exception of Anne, who sleeps in a single large room shared by all of the kawaii fighters. In addition to the bedrooms is a communal dining room, a three-quarter size sparing ring, locker rooms with communal showers, a large bath tub, a foyer, and a small office where Lily takes care of business.

Lily Belle & Bianka Belle: They are cousins, although they didn't see each other often growing up as Bianka's father moved to Germany. They've recently reconnected and become fast friends. At best they can be considered "kissing cousins".

Lily Belle & Anne Archy: Anne was one of Lily's first clients and the two have formed a playfully antagonistic relationship. Anne misses no opportunity to taunt or tease Lily about absolutely anything. Lily then books Anne for drastically one sided matches. Anne was also the first, and one of the only, fighters Lily has been sexually involved with.

Nergui Zaya & Wu Ping: Joining the stable at the same time and being of similar height and build they are often referred to as "the twins" even though they are not easily confused for each other. They are good friends and are toying with the idea of pairing up for tag matches. Although not sexually intimate they regularly arrange games of strip poker and the like.

Druscilla Dappercat, Mina Harker & Wu Ping: Dru, Mina and Ping share a love for fantasy and elaborate costumes. They spend a great deal of time together working on new costumes and discussing works of fiction across numerous media. Currently Wu is trying to coordinate a game of Dungeons & Dragons, but her training schedule is getting in the way.

Anne Archy & Lamya Kouri: The first two wrestlers in the stable, Anne and Lamya are very close. At times Anne behaves like Lamya's big sister although they're both very close in age, but Anne is much more worldly than the wallflower, Lamya. At other times the relationship between them borders on the romantic, a fact which has become painfully obvious to everyone in the house except for the two of them.