▌  Color of Eyes
-    Hetrochromia, one red and one yellow eye.

▌  Attitude
- Lucy tend to usually go in with a pretty fierce determination to win a match, no matter what opponent she faced she hold no real restraint on what she will do in a match, friend or foe she will treat them mostly the same when they step into the ring with her, it's a simple matter of principle that she won't go easy on anyone, it's a simple thing really but that coupled with her style of being a bit a fiendish little demon as in she will not really follow any strict ring rules and simply do as she wishes. In some cases Lucy has been said to have been a girl who punishes her opponents, and while that might be true it's not really what she sets out to do, though that might happen within a match. Her attitude in the ring is the same as her way of combat, she can sometimes be seen as a bit nonchalant with the way she fights, but in fact always takes her opponents seriously and brings all the knowledge she has to do her best in any match.

▌  Strategy
-  In terms of strategy Lucy tends to simply try and do her best to weaken and put a hurt on one or a few of her opponents body parts and then lock them into painful submissions until they can't go on, of course sometimes she sticks to the more strike focused way of dealing with an opponent, or simply just tries to end a match with a quick strong strike or kick of some sort, or make them tap out with one of her skilled submission finishers.

- Gluttony - When her opponent is down on their the mat laying on their front, Lucy will grab one of their legs and bend it up and to the side a bit so that the leg is crossed over her other leg, with that she uses her own legs to scissor that leg and make sure that it can't escape from that position, following that Lucy moves down and grabs a hold of her opponent's arms and slips her in under them and make is so her arms are cross behind her opponent's back, as she has done that Lucy leans down and will bite and lick at her opponent's neck in a teasing manner.

- Demon Dance - Lucy steps up towards an opponent and launches off a quick little three hit combo with her fists in any order to her opponents head, chest and then stomach. After which Lucy steps around behind her opponent and grabs a hold of her shoulder to try and quickly pull her down and backwards hard, slamming their back down hard onto the mat.

▌  Wrathful Leviathan
- When her opponent is in a seated position on the ground she applies a body scissor with her legs wrapping around her opponents back to her front, she then grabs her opponents head from behind and pulls it back under her armpit, using her other free arm to lock in the hold even tighter or sometimes to torture her opponents breasts or stomach, this move is more painful and devastating then the Leviathan but she usually only uses it if she is pissed at her opponent or wants to torture them. (Dragon sleeper waist scissor combo.)

▌  The Mason Nightmare
- (Arm-bar variation): as her opponent is lying down on her front, Lucy seats herself on their upper-back, facing the arm she wants to torture, with her feet placed solidly on the mat on both sides of the arm, she bends forth a bit and lifts the arm up and tucks it in under her armpit, coiling her arm around it before she leans back and pulls on it in an extremely painful manner, this hold runs the risk of dislocating the arm. (This move is a hold Lucy came up with in her match with Alessa and she decided to make it into a finisher, Lucy decided to name the finisher after her first friend, Alessa Mason.) 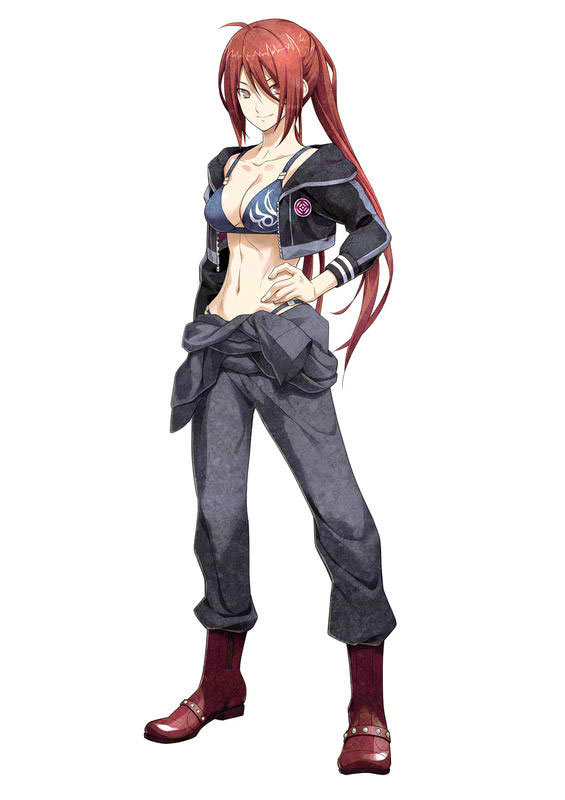 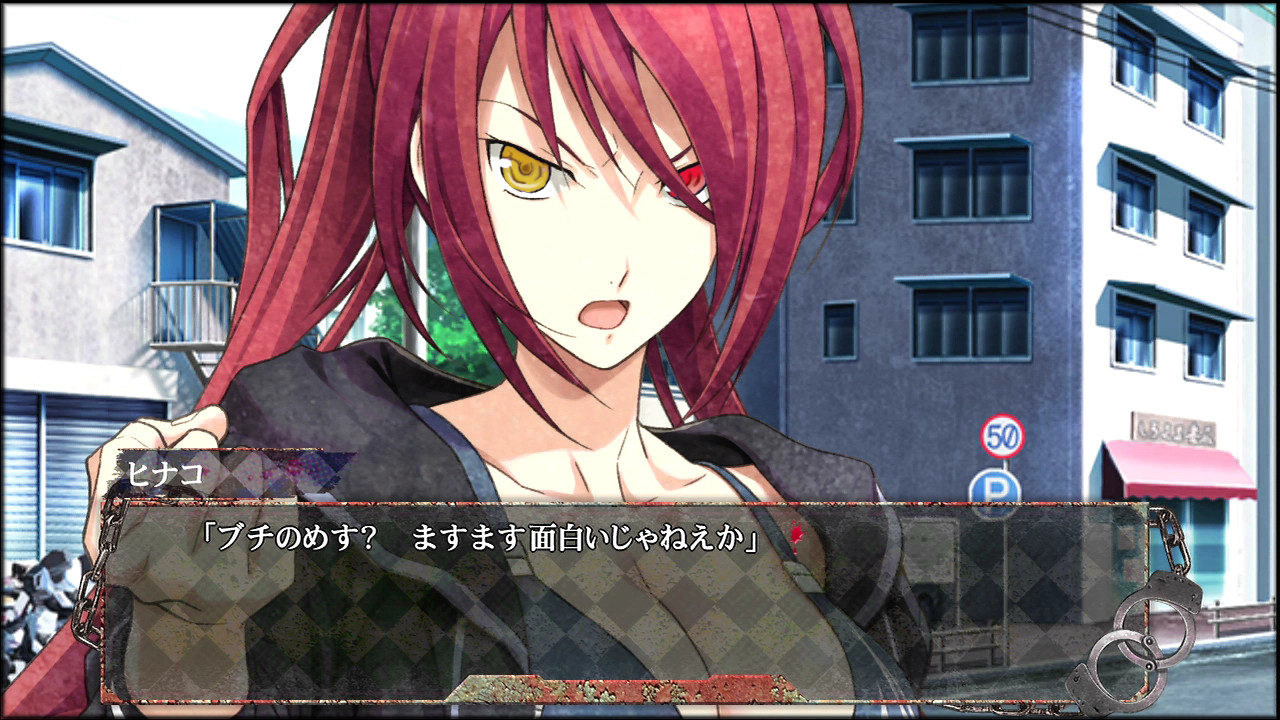 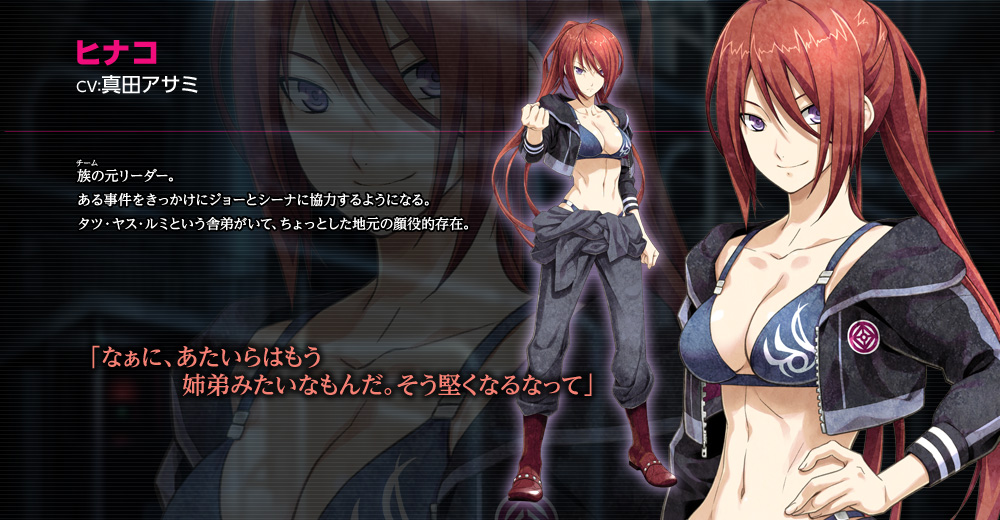 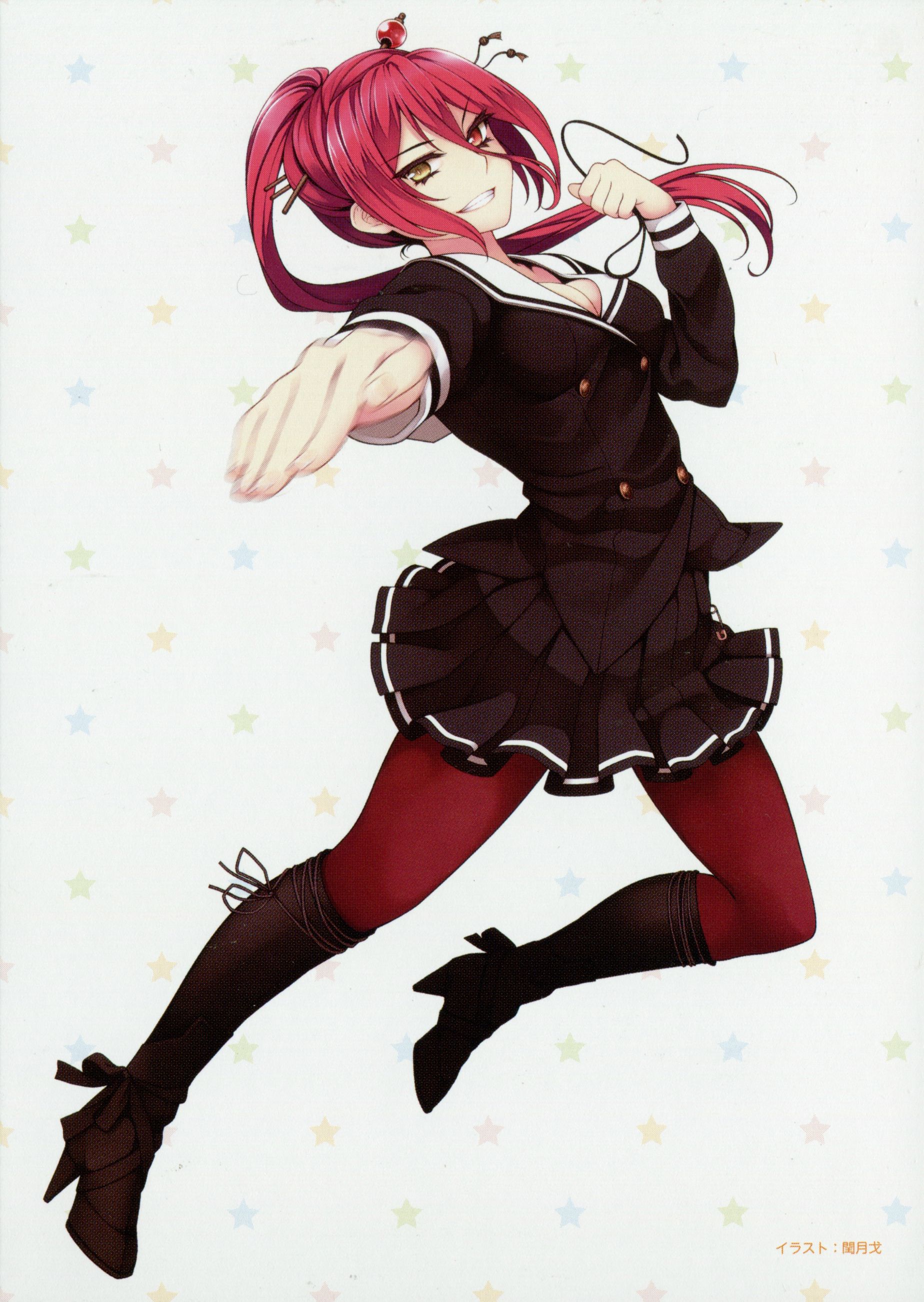 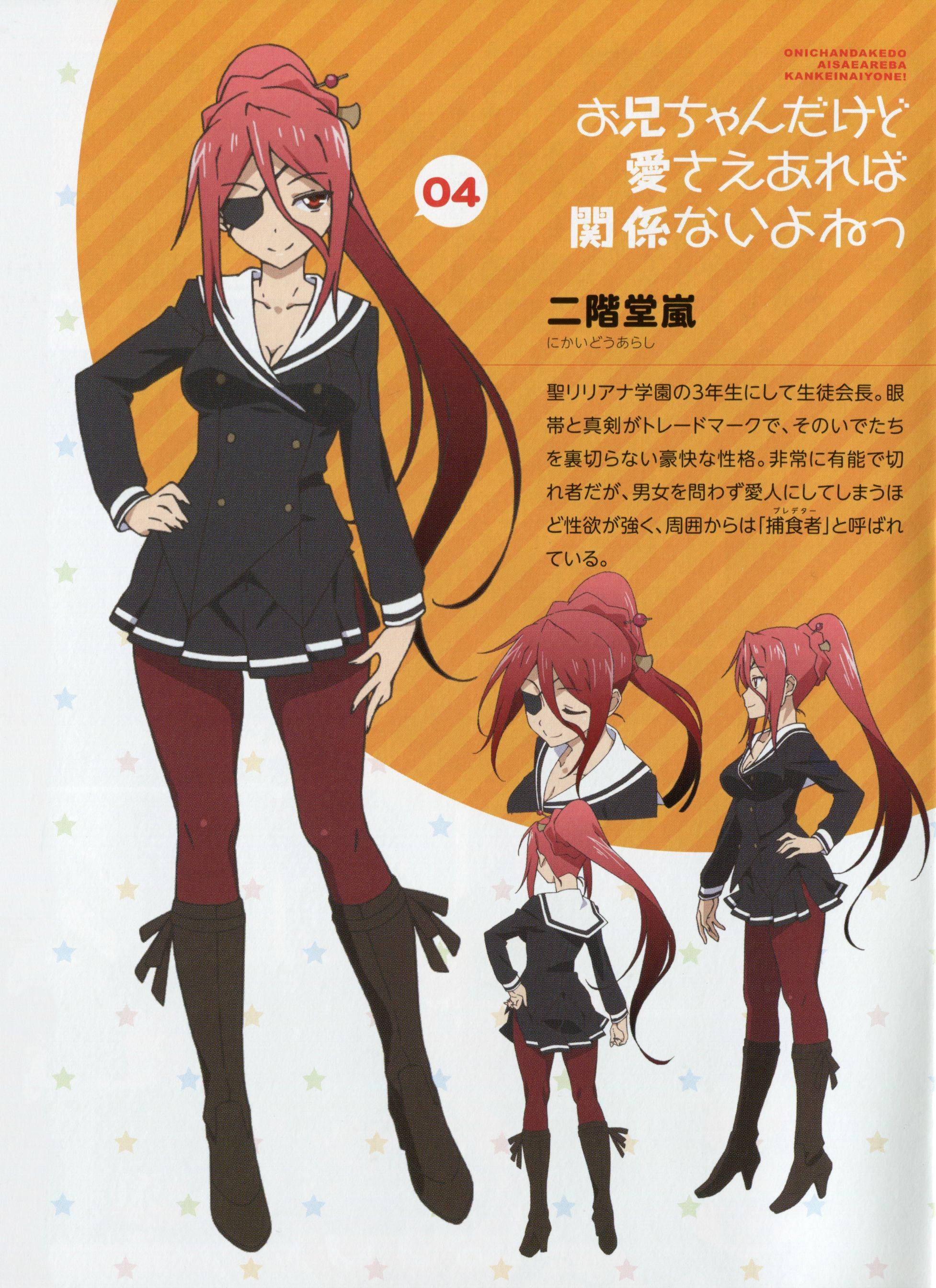 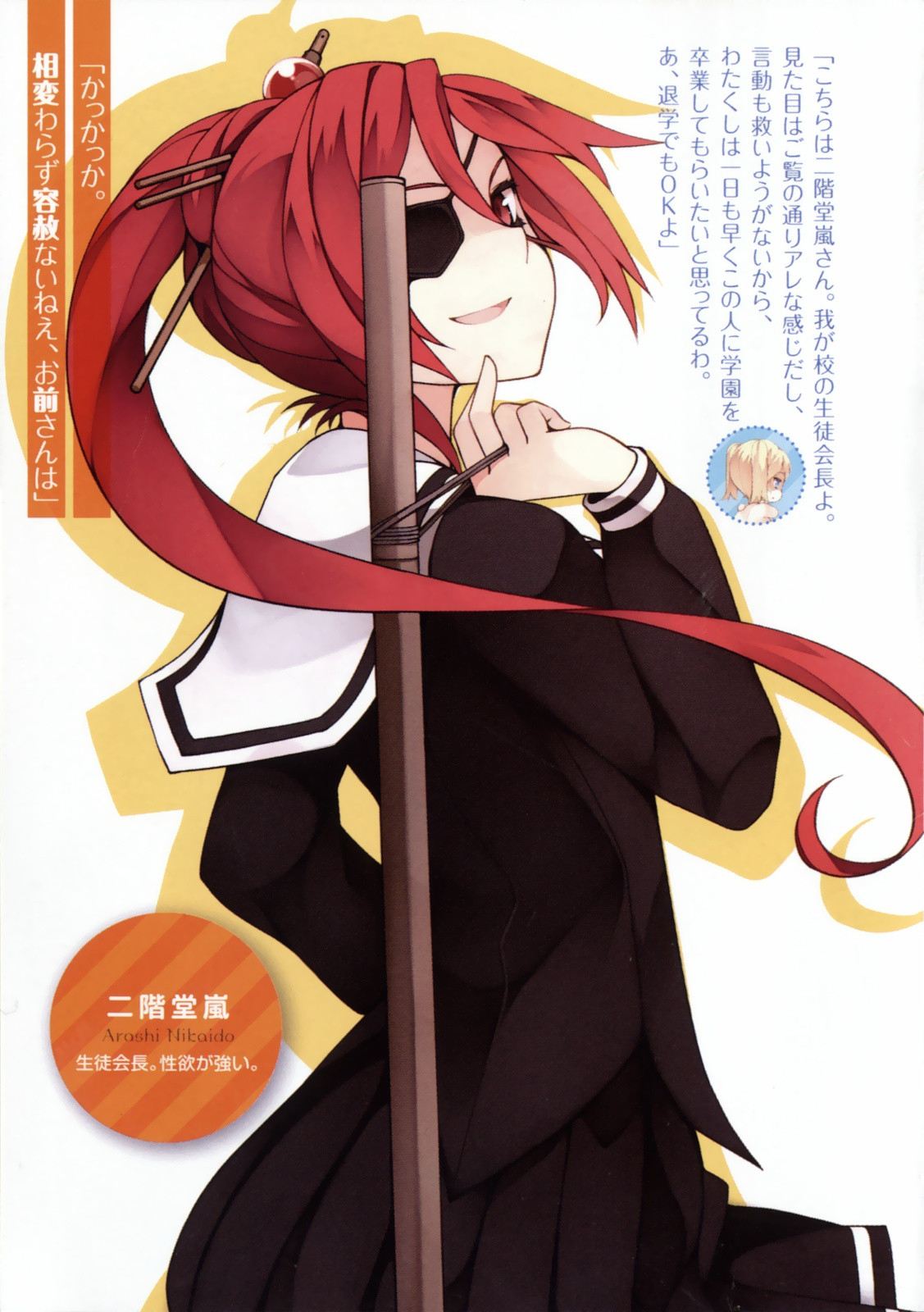 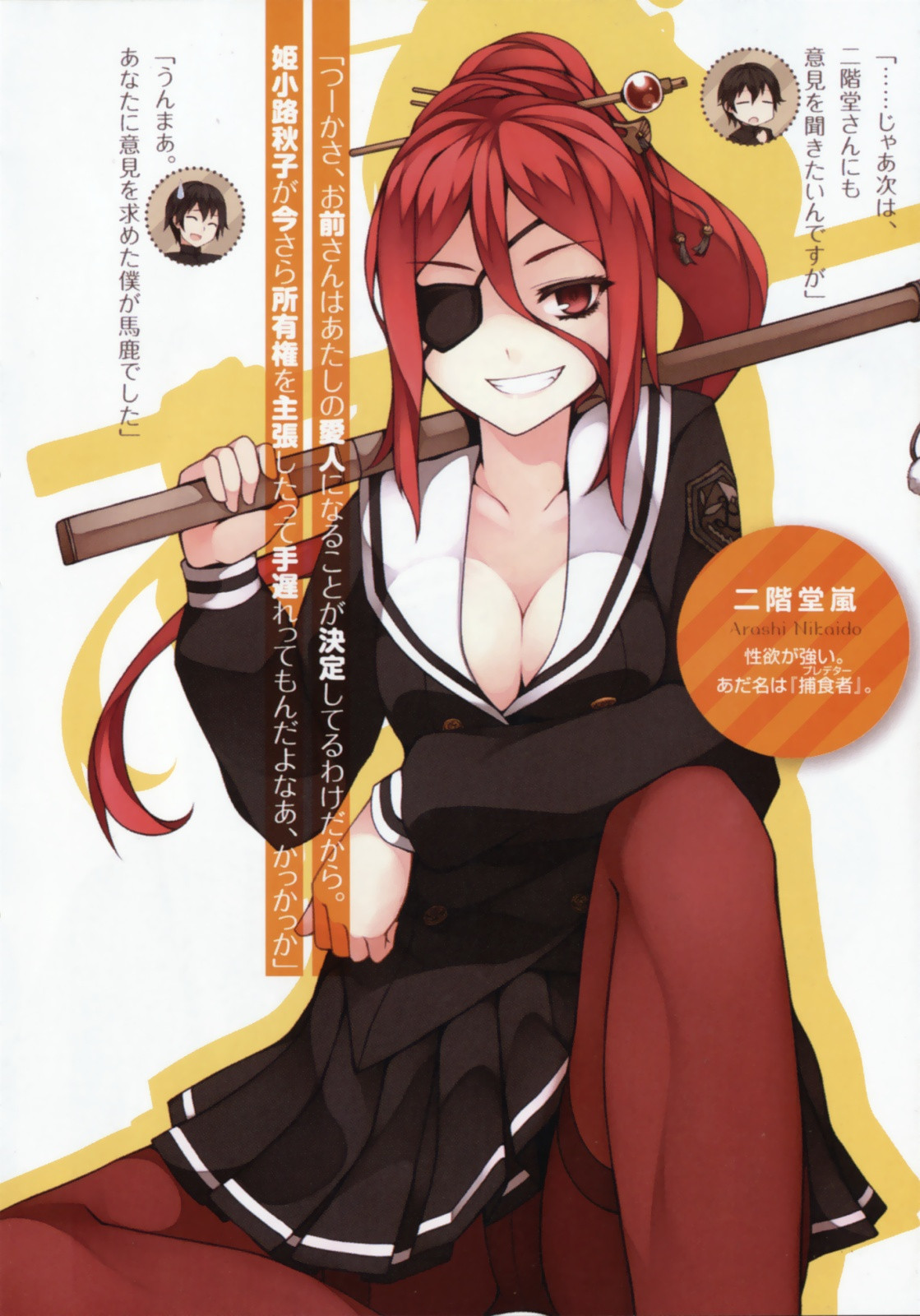 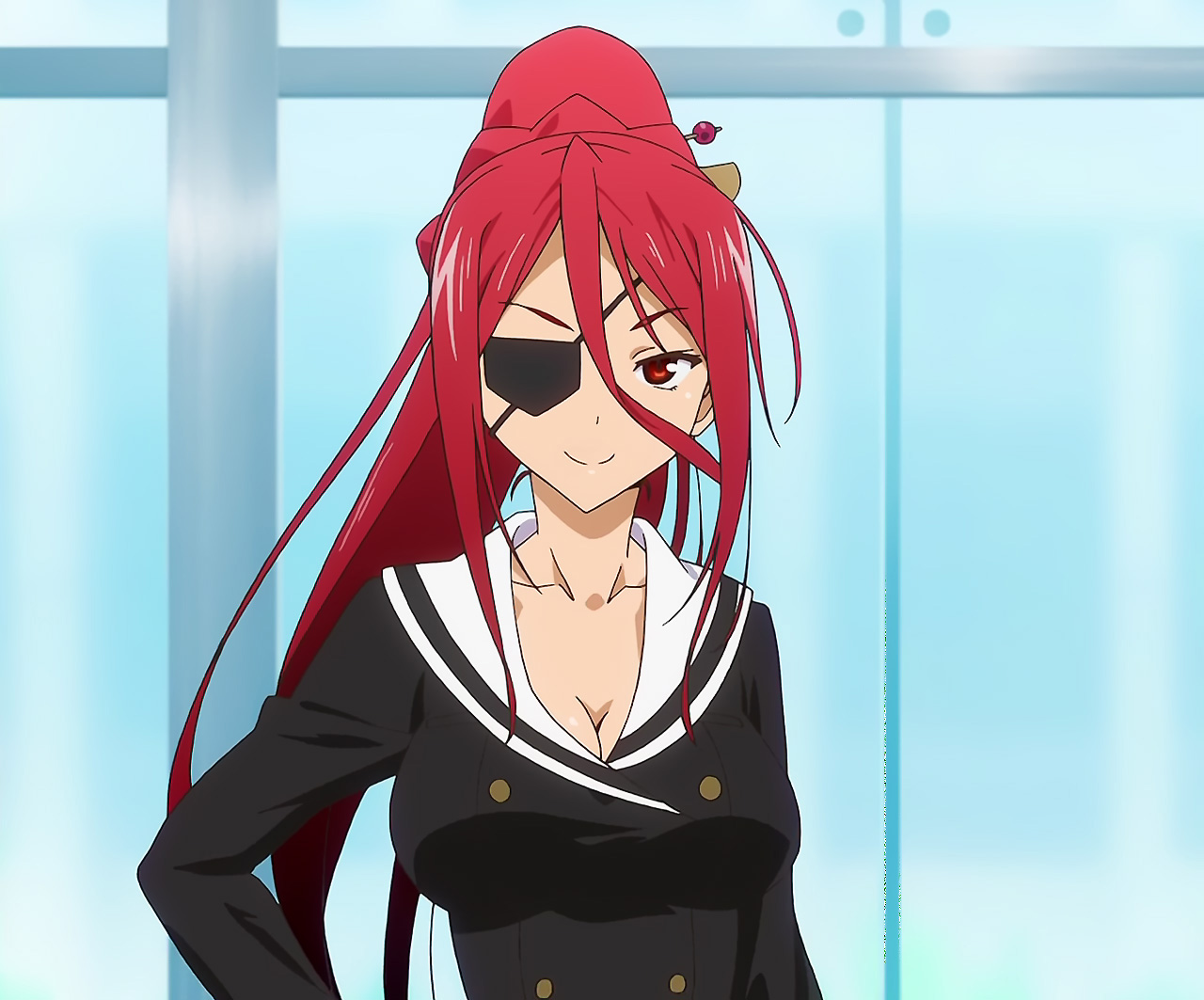 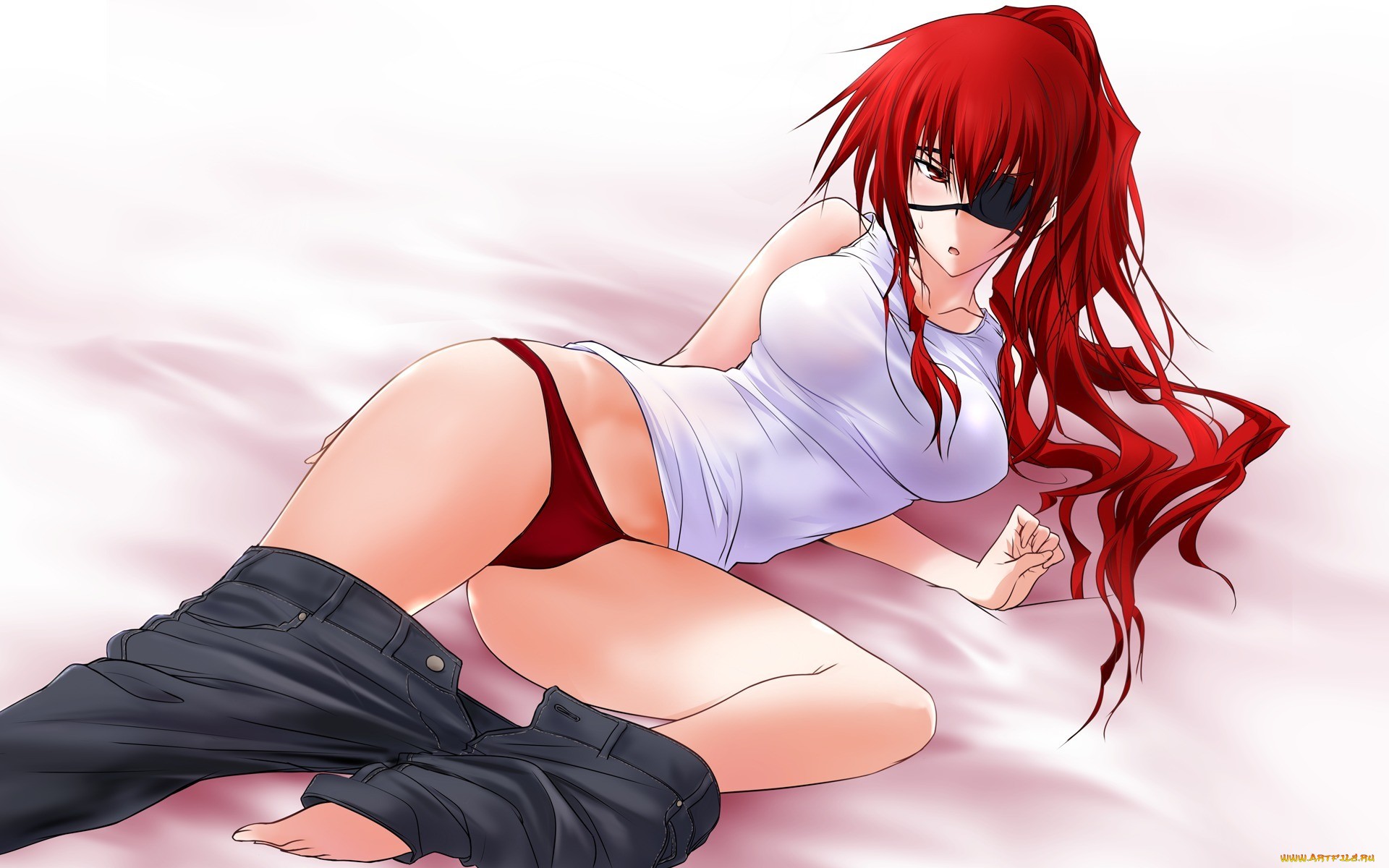 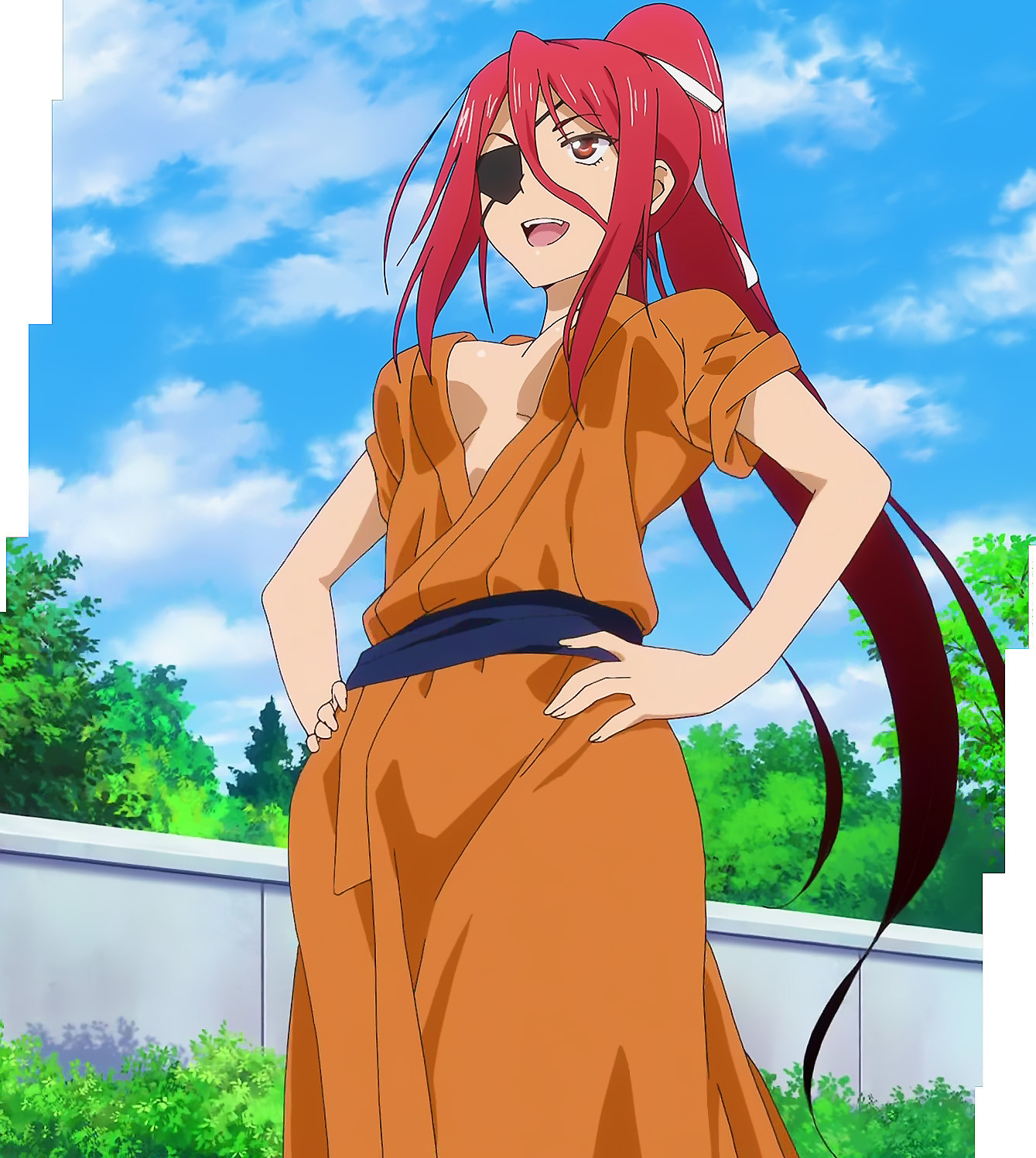 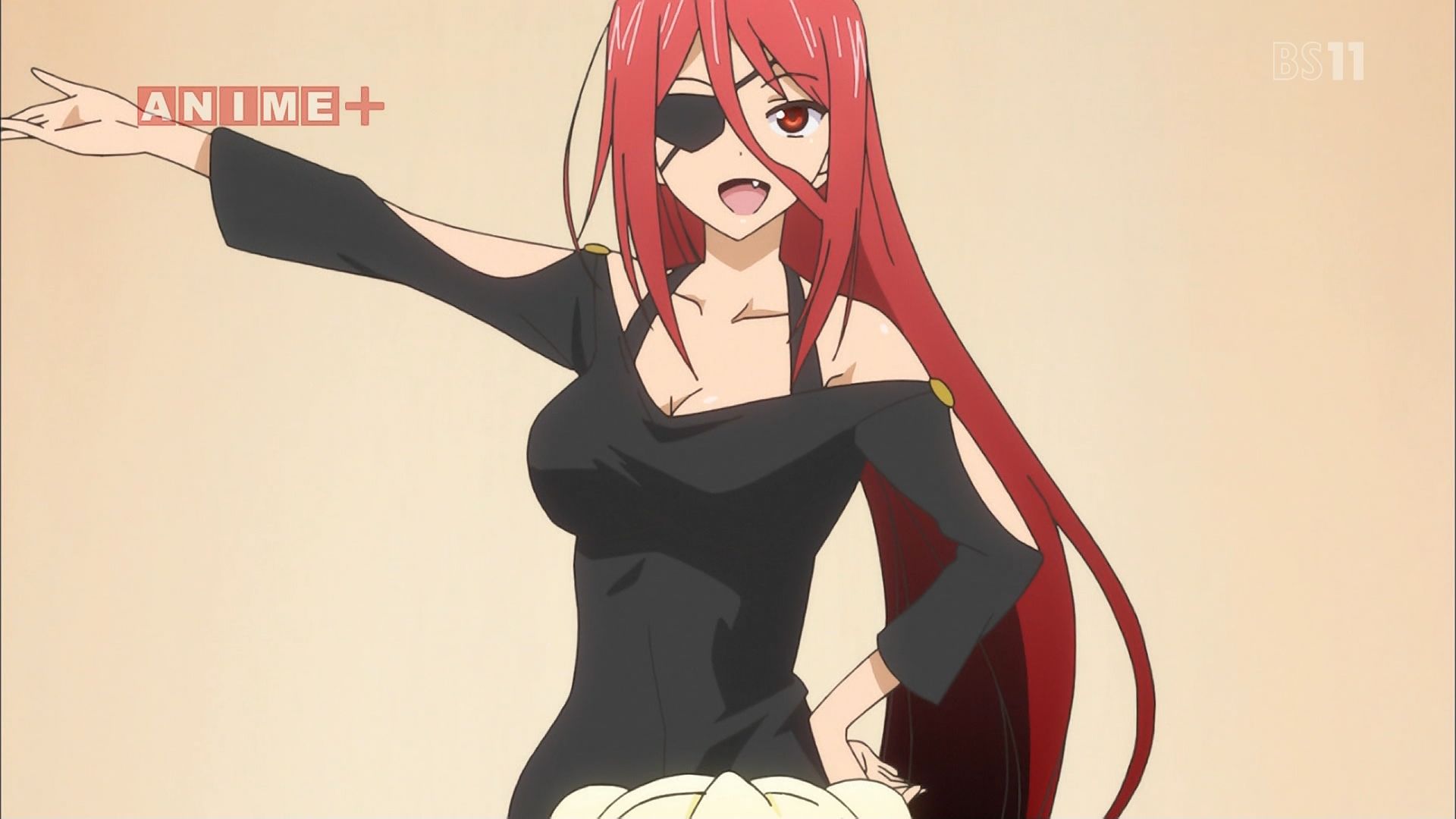 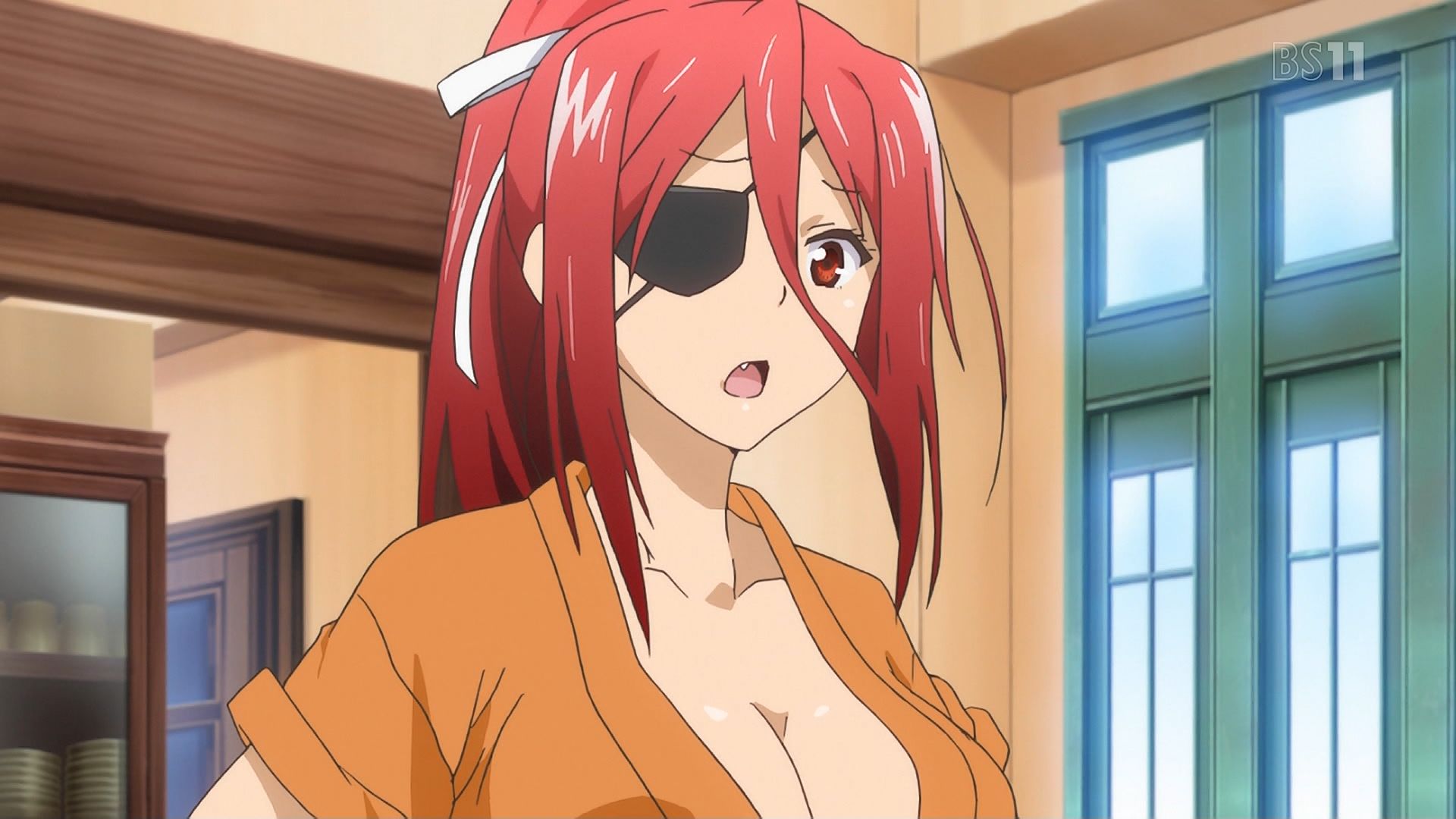 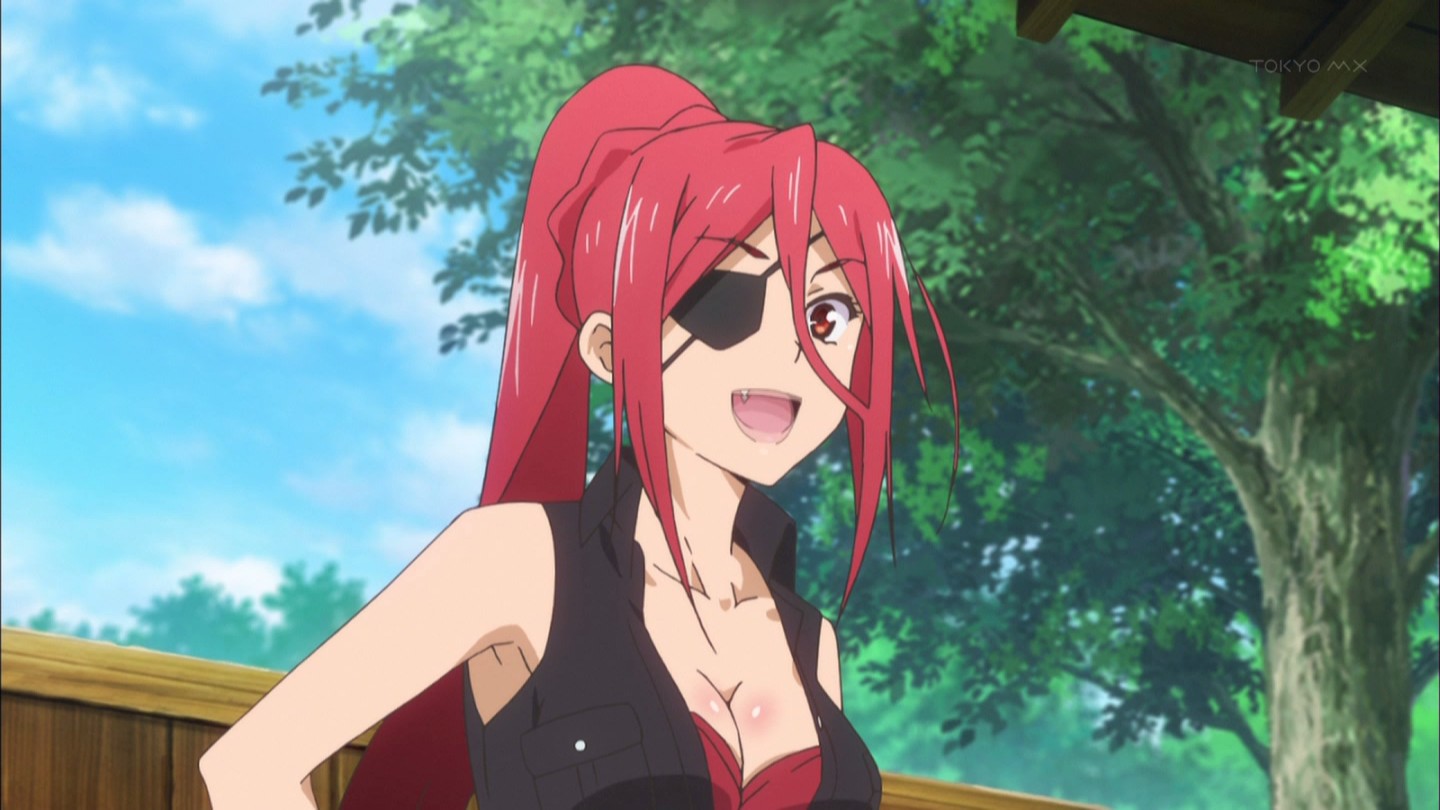 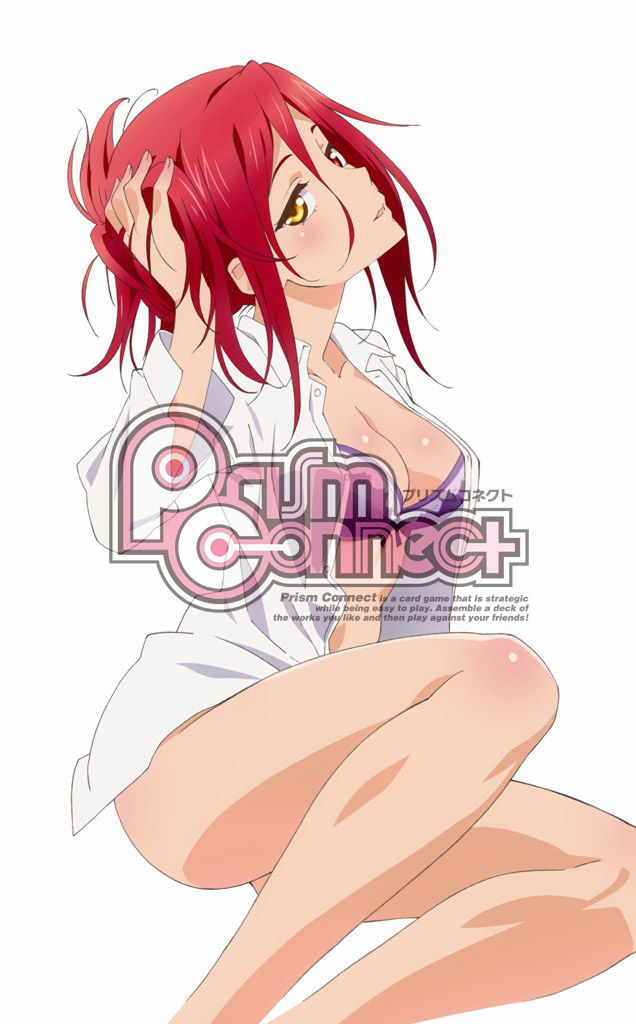 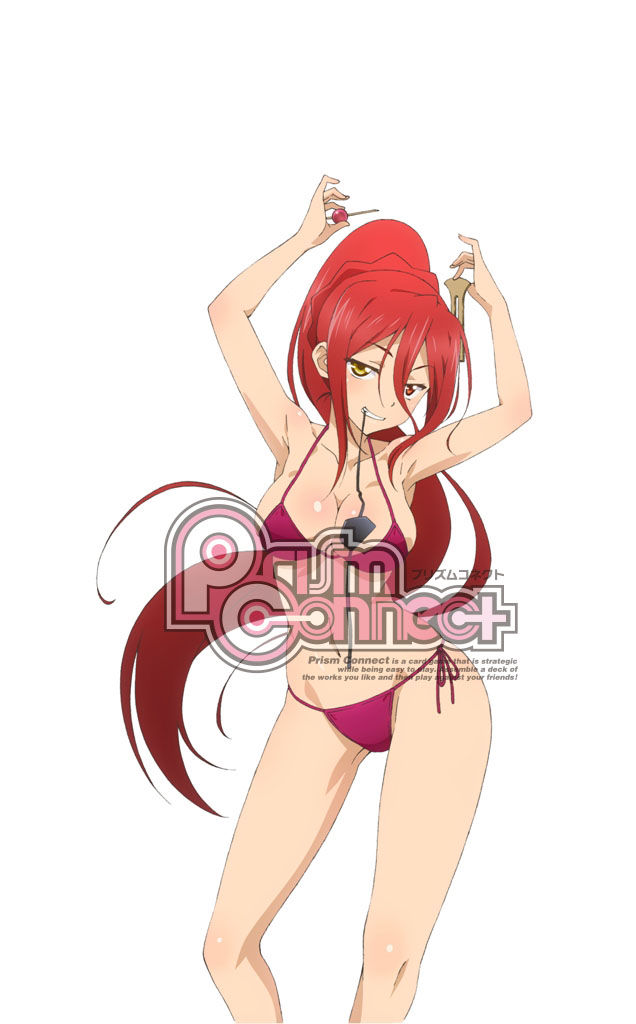 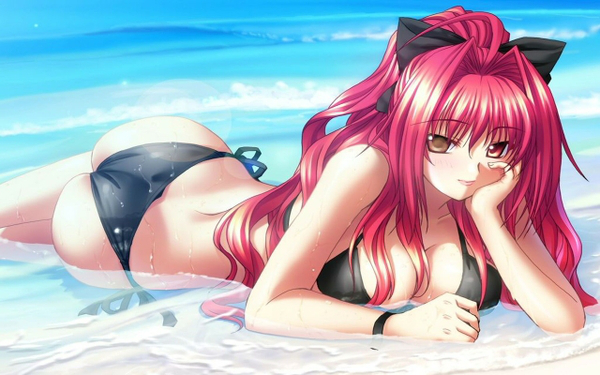 ▌  History
-
Lucy grew up in a mentally and sometimes (although few) physically abusive home, her father was a washed up world class boxer with a severe drinking problem, Lucy´s birth mother died on her first birthday. Her father got remarried 2 years after, to a woman who was horribly towards Lucy behind her father's back; she was verbally abusive and sometimes physically abusive, striking Lucy. Her father was often drunk and never noticed any of it, when Lucy turned 8 her family ran out of money and very hard times struck them, food became very little and life turned even worse than before for Lucy, she was forced to steal what she needed, like food and other things.

Lucy was arrested 6 times for stealing and during the last time she assaulted the cop who was making the arrest, which got her throw into a youth correctional facility for two years. Lucy´s hell didn't stop there, as she was constantly harassed by other inmates, often getting involved in fights and getting injured (although she injured others more than they injured her)

But finally it was time for her release, she was 12 at the time, but there was no one to pick her up, her father and step-mother never came, and she didn't care she decided that she didn't need them and that it was as good a time as any to just abandon her old life.

She set off to make it on her own, living on the streets for about a week, before on day she found a wrestling gym, it was late and she didn't think anyone would be in there, thinking it would be a great time to break in and try to find some food, and maybe get a good nights rest. as she broke in she discovered that there was someone still in there, an old wrestler named Jack Stone, the owner of the gym.
Jack offered her some food and gave her a bed to stay in, Jack was very kind to Lucy, and took care of her, he gave her a home and food, and asked for nothing in return.

Lucy became a common face in the gym and everyone there was very nice to her, after Jack taking care of her for a few week, Lucy decided to tell him her entire story, Jack was moved by her story and decided to take any measures to make sure she didn't have to go back to her family ever, before too long, Jack was allowed to adopt Lucy.

One day Lucy asked Jack if he could train her to become a wrestler, Jack agreed and began training her, they started with teaching her a few basic moves before they decided to focus more on one style, when training they discovered that Lucy was a natural at submission holds, and she loved to put other in them, she had an affinity of locking in painful holds, she discovered as well that she loved to wrestle as she had her training matches against the other trainees at the gym, She trained for several years and began wrestling professionally when she turned 16, She considered herself and expert on submission move and she made quite a name for herself. When she turned 18 she got an offer to got to Japan to join AFW, and she jumped at the opportunity.


▌  Personality
-
Lucy is a girl who sticks with the slightly darker side of herself, while she does have some good sides she just isn't used to showing them, and sharing them with people, she is more used to and familiar with being either cruel or evil towards other than being nice, in fact she likes being cruel and evil to people, but there is one problem for Lucy when it comes to that, she hasn't had many friends during her life, in fact she has had none, while she knows how to treat friends she just isn't used to it, and she just doesn't know what how to act with them, while she wants to be kind and nice, she get a bit flustered and may just end up resorting to being cruel towards her friends sometimes, but at least she tires her best, one other thing that she isn't very good at is to have people be to friendly with her, since she isn't used to it she rarely knows how to deal with the situation.

Even thought Lucy might be seemed as cruel or evil she cares a great deal for the people around her, and she is very protective of the few people that she becomes close too or that becomes close with her, she values her friends highly even if she might not show it in her everyday time with them.

Lucy has often been seen as slightly sadistic and has also been called a narcissist several times, these traits are something that Lucy just dismisses, because it is ridiculous even if they might have some factors that match with her.

▌  Trivia
-
Lucy has great respect for a great deal of wrestlers and even if she makes fun of them in a match or insults them she still has respect for them.
As a parting gift her adoptive father and trainer Jack stone got her a car, a 1967 Chevrolet Impala SS to be exact.

Spoiler:
- Alessa Mason in a Special 2 out of 3 falls match, Via Handcuff
- Cerbera in a Standard match, via Submisson
-  Aoi in a panties match.
- Hotaru in a bed wrestling match.
- Serina Kashibara

Re: Lucy Stone - The Demon