Search
Latest topics
» Looking for a short match
by Kelsea Today at 12:21 am

» Something Sweet
by acuya Yesterday at 8:51 pm 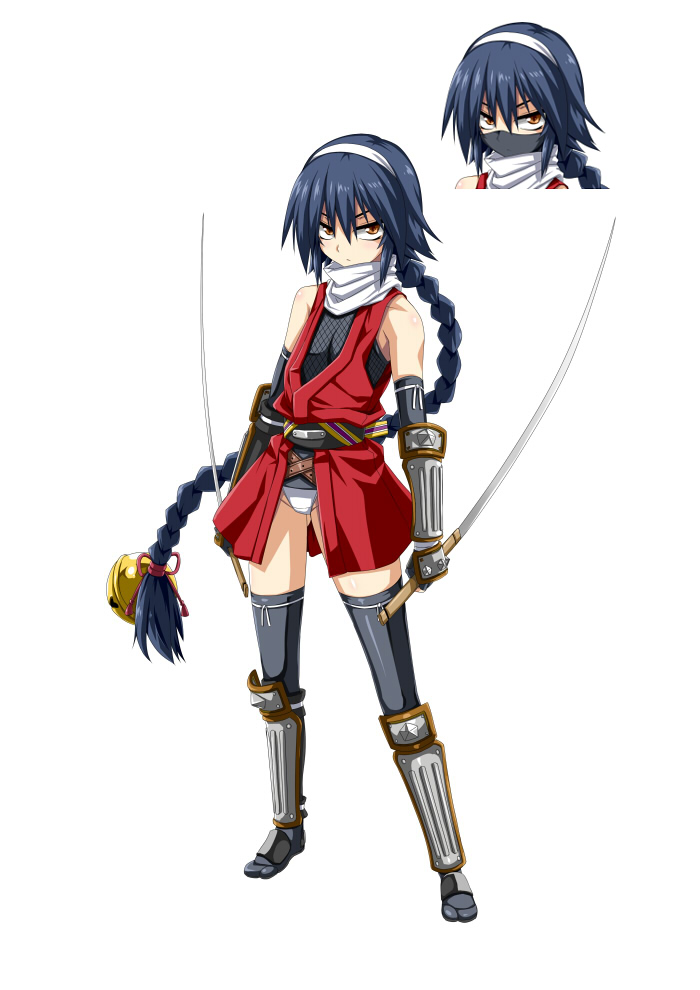 Signatures: “Katana Sweep” Hina charges her opponent head on and will either spin to their left or right side. As she spins she will lower her form use a reverse knife edge chop to the back of her opponent’s knee. Hina follows through with this chop by adding a second spin and forcing the leg up and away from their center.

“Kunoichi Whip” Hina spins around on one foot and whips her long braid around to strike her opponent’s face.

Finishing move(s): “Ninjutsu Cannon” Hina gets low and throws her fists forward into her opponent’s solar plexus and knuckle punches them.

“Shadow Assassination” Hina grabs her opponent from behind and forces them into a standing dragon sleeper. She completes the hold by wrappings her legs around their waist and uses her feet to hook the insides of their legs. In the case of her opponent being too tall, Hina find a way to get that person to their knees and will apply the hold from there. (She will stand behind her opponent while using the dragon sleeper hold.)

“Dragon Taming” Hina gets being her opponent and performs a dragon suplex. After her opponent hits the mat she will continue to hold their arms until she is ready to roll on top of them and then bridge over them by hooking their legs for a pin. Despite her size, Hina is capable of using this move on much larger opponents, but this may lead to straining herself afterwards.

Entrance music: Who's that Child Remix

Personality: Hina is a strong silent type and offers her respect to anyone who will accept it. She has a deep sense of honor; if she is in a match and her opponent uses dirty tactics and disrespects her enough she herself may give in and fight dirty her. Hina has great mental restraint when it comes to direct insults, but insults to her family or her lifestyle can break her defenses easily.

Past: Hina comes from a long line of ninjas and her family is one of the few families that still trains in their old ways to this day. She trained as a ninja since she was about five and has learned many fighting styles forgotten by most. A AFW recruiter was looking for new talent and happened to find her village. Hina was against being recruited and declined multiple times. It took some time to strike a deal and some talking from her father to get her to join the AFW. The details of the deal are disclosed and Hina has kept quiet about it.