Search
Latest topics
» The Lost Adventurer
by Nelv Today at 3:51 am

» NWO: Ataru Vs Shizuka
by wrestleryu Today at 2:40 am 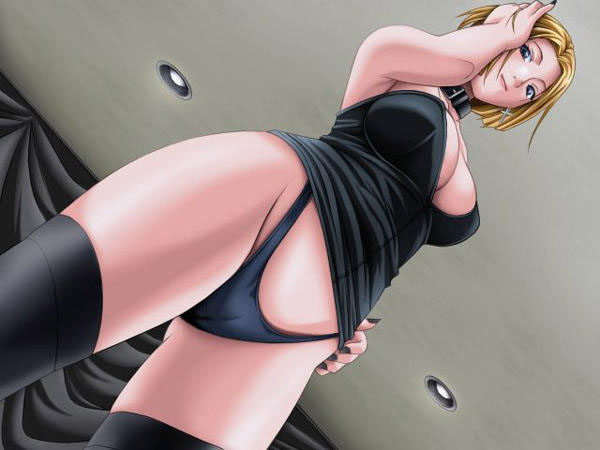 After the toxic environment left in the crowd courtesy of Reira, the reception to the GM of Tension Melissa Sellers actually seemed some what tame! She didn't have any of the audiences affection but she didn't *usually* antagonize crowd members directly... if she decided to so, she would be sure to always hide it in a veil of subtlety, leaving the fools wondering if they had actually just been insulted or not.

No music played as Melissa still did not have a theme that she felt suited and complimented her appropriately. Thus there was only the sound of the crowd as she walked out dressed in a blood red silk ankle length dress with a slit at the left hand side. Embodied in black on the right was a interesting pattern which bared resemblance to a number of rose's stems and thorns. Behind her walked Nurse Nina and Nurse Nikki, dress in black suit for the occasion... Nikki held a large brief case while Nina held under one arm a cushioned folded chair.

They got to the ring and ascended the staircase at the corner before stepping in through the ropes. Nina quickly made her way to the middle of the ring and set up the chair for Ms. Sellers who then sauntered majestically over and slid fluidly down into a sitting position, raising one leg up high so as to cross over the top of the other. She had a microphone in hand and in true Sellers' style, she waited quite patiently for the noise from the audience to die down so that she would be speaking only on her own terms.

"Well isn't this just lovely dearies...?" Melissa cooed, lethargically swiping back a couple of stray blonde strands of hair that was dangling in front of her face

"Let us begin the sexual pursuit for glory.." As the crowd cheered the camera slowly zoomed in onto the gold belt held up high under the spotlights...
_________________
The new and improved: Kelsea's Karacters