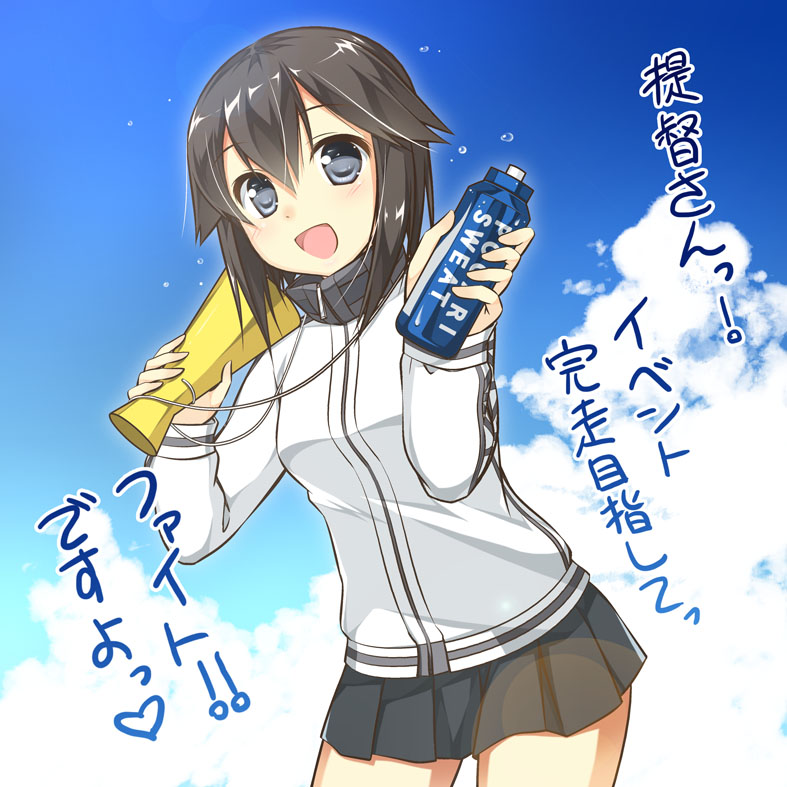 Strategy: Fairly straightforward on paper, wearing down her opponents with strikes and holds whenever an opportunity presents itself, striking in deep once she's chipped away at enough of their defenses. In practice, however, it's an entirely different story, the unorthodox yet effective nature of her family's art and the numerous additions she's made to it making for a whirlwind of surprise and a total departure from the kind of rigid formalities that might be expected from someone with her background, built on deception and long-honed skill. In a stand-up fight, it's akin to facing off with a swirling void that only stutters into comprehensible shapes at the moment of its attacks.

She tries to avoid being particularly vicious against her opponents without insulting them by holding back, though there are times she might get carried away in the heat of the moment. If she'd properly riled, however, she might take on a more aggressive approach, ignoring her personal misgivings about that viciousness.

Preferred Attacks: Not many preferences. Likes to keep her options open. Lately, she's developed a bit of a fondness for one-inch punches and grounded low-strikes though.

Endurance:
With years of training under her belt, Hayasui's endurance is nothing to scoff at. She can draw on hidden reserves to power herself through pain, injury, and exhaustion, though she has wound up falling a little behind on maintaining her endurance of late.

Strength:
While most of her striking power comes from her speed, her own strength isn't unsubstantial and she can toss far heavier opponents around without too much trouble, though relying more on technique and leverage than pure strength.

Speed:
Blindingly fast when she needs to be, she gets a fair bit of her striking power from the sheer speed of her hits.

Defense:
With a foundation based in a number of defensive martial arts, Hayasui has solid defenses and counters against most strikes, submissions, throws, and counters, though aerial attacks are trickier to defend against. Aside from that, she's quite adept at taking strikes where she's been hardened the most by her training, where the impact can very well hurt her opponent more than it might her.

Technique:
Training since she could walk, Hayasui's moves flow like water, even when switching between styles, and offense and defense practically flow together seamlessly.

Striking:
Between her well-honed technique, her speed, and the degree to which her training has hardened her, Hayasui can inflict significantly more damage than expected from someone of her size if she can get a clean hit in a punch-based style, and her kicks can fracture or break bones if she isn't careful. If she's unable to hold back entirely, they can do worse things than that.

Submissions:
She's well-versed in a variety of joint-locks from her training in Jiu Jitsu and similar arts, but has only recently starting to add other kinds of wrestling holds.

Powerhouse:
Hayasui is skilled in using leverage and technique to toss larger and heavier opponents around, but usually uses them to disrupt or reposition her opponents.

Aerials:
While she is quite acrobatic, Hayasui is hesitant to go for the kinds of big moves that would have her throwing herself off a turnbuckle. She can still make use of ropes just fine, however.

Countering:
She's quick to punish openings and can make her own with her opponent's attacks if she has to. 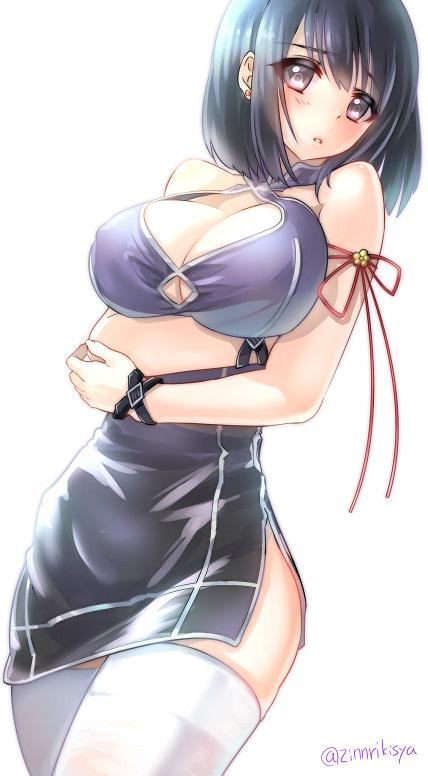 Hayasui's ring attire. Mistakes were made.

Personality: Outside of the ring, Hayasui is quite bubbly and easily excitable, especially if she's enjoying something sweet at the time, and usually ready to try new things after her rather repressed upbringing. She's easily flustered, though slow to proper anger.

Her experiences during her first run with AFW have left their mark on her. She's eager to make friends because she lost the old ones, and other experiences during that time have trapped a spark of visceral, seething rage deep within her. Deep enough that most of the people she's met might never even catch a hint of it. Deep enough that she often forgets it exists and has ways to keep it down. Deep enough that when it's fed fuel and tinder, it can consume her entirely, turning her skill and training and strength to far more vicious purpose than she'd ever allow herself normally.

Since her latest excursion, Hayasui is constantly looking to enjoy every fight she's in, no matter her opponent's skill level or raw physical aptitude. Against weaker opponents, she tends to hold back just enough to drag the fight out without insulting their efforts. However, if riled enough or faced with someone going all out, she will abandon all sense of holding back.


Wrestling attire: More often than not, she winds up in a light purple bikini with light sneakers to let her keep her full range of movement. She's still looking for something that covers up more.

Fun Facts:
-Hayasui has a major sweet tooth. Candy is a legitimately effective bribe for her in most cases.
-She's also fairly certain that she's at the very least bi-curious, if not outright bisexual, but tries to keep a lid on it. That aside, it does sometimes come out during matches.
-Unbeknownst to her, Hayasui's family has been keeping a cursory eye on her. Only to the extent of making sure she's okay, rather than to interfere in her sudden bid for independence.
-Lately, she's been holding back to try to avoid injuring her opponents, though she tries to avoid insulting them by going easy. It's a delicate balance, and she has slipped up a few times, leading to some broken bones, awkward conversations, and several near misses with far worse injuries.
-Despite the various injuries she's suffered at the hands of her training, her body doesn't have much to show for it, hairline strips of slightly lighter skin being all she has to show for it. Even the more recent bout of training has just left more of those lines behind, though it baffles even Hayasui herself how they heal so neatly.

The heir to an old martial arts clan, Hayasui began her studies not long after she took her first step. A wellspring of natural talent and an honest love for what she was being taught soon turned her into something of a prodigy. When most girls would've been blogging or hanging out with their friends, Hayasui was either training or studying, both martial arts and academics, though with more focus on the former.

Then, one night, not a week after her graduation from high school and her promotion to 5th degree Black Belt in her family's art, Hayasui vanished. Her bed had not been slept in and the only sign that she'd been there was a small note reassuring her parents that she was going out to seek her own fortune.

Ever since then, Hayasui has been trying to make up for the years she lost to her training, trying out all sorts of things that were formerly forbidden from her for the sake of avoiding possible distractions. Even so, her love of martial arts kept her training, and part of her always liked to test herself against others.

Then she came across a recruiter for AFW and, enticed by the promise of worthy, or at the very least passable, opponents, quickly joined up, not quite knowing the full scope of what she'd gotten herself into.

1. A high-stakes debut match for the Rookie Martial Artist

3. An embarrasing match, an even more embarrassing loss, and a new friend.

4. New Beginnings, of a sort