» Shibita Aruku vs. Peggy McIntyre
by HighFly Today at 10:26 am

» Atalante Pallas Vs. Lucille Guillot
by LunarWolf Today at 10:16 am 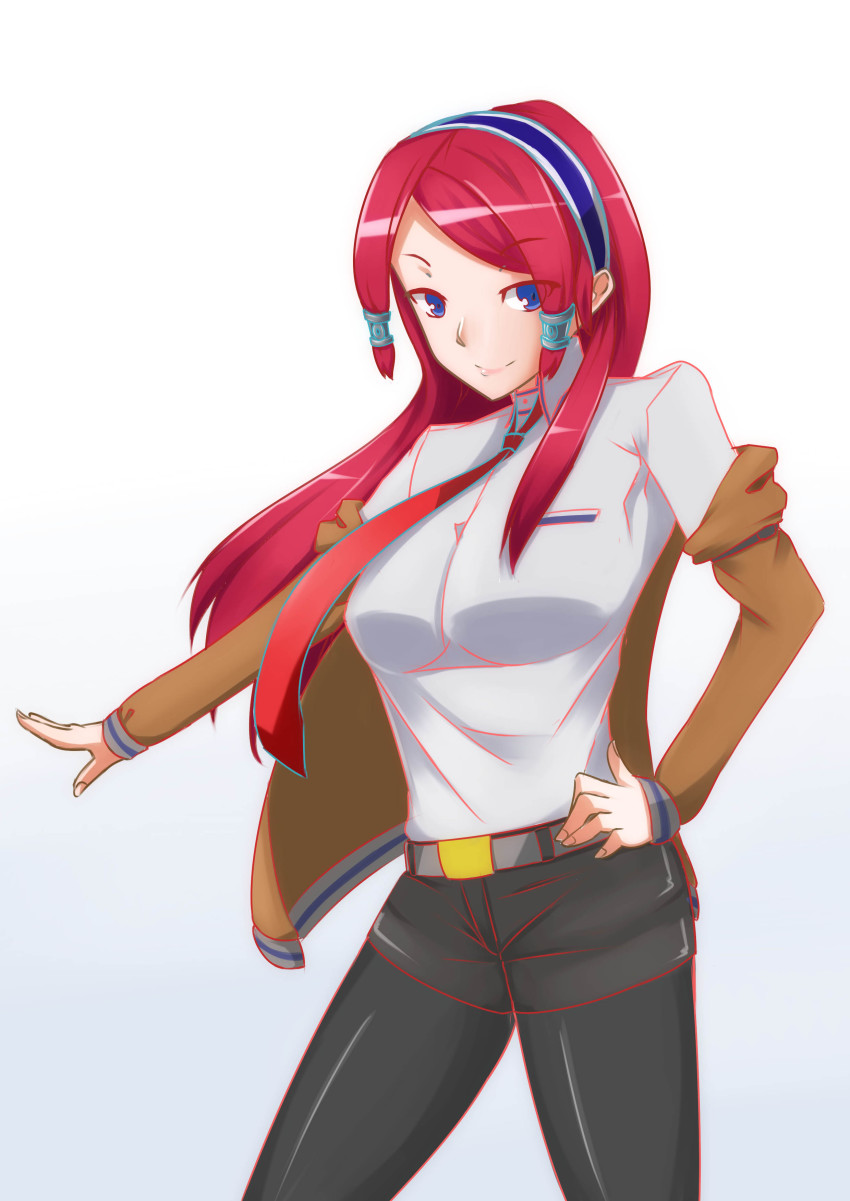 Style: A mix between brawler and grappler, with a definite predilection for submission holds, refined through countless brawls. Also has a bit of streetfighting mixed in, along with the knowledge of how to make a cheap shot and how to make it count. She has a tendency to tank blows so that she can grab the offending limb and use it in a submission or a throw. 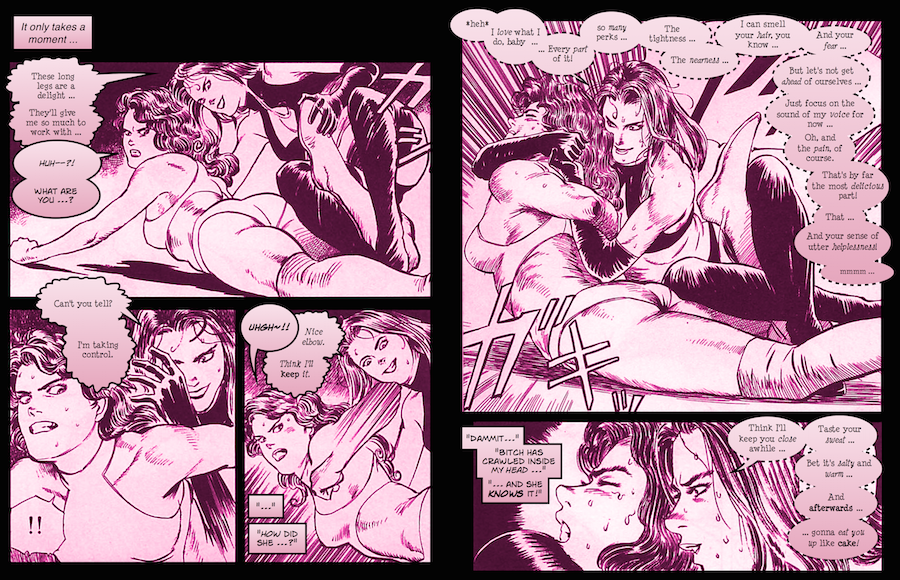 Preferred Matches: Hentai/humiliation, submissions only, though will take on other kinds of matches if her opponent is cute/hot enough.

Striking:
Cheap shots aside, Emily relies on fairly simple, straightforward strikes, usually to wear down someone who's already downed or to punish an opening.

Submissions:
Her bread and butter, Emily has a wide array of submissions, both lewd and painful, and can adapt and even improvise combo holds on the spot.

Powerhouse:
She has a mean suplex, and makes ample use of throws and slams to wear her opponents down and leave them in compromising positions.

Aerial:
Can make use of aerial moves when the opportunity arises, but it's not usually her first pick.

Countering:
Tries to catch strikes when she can to throw her opponent or lock them into a hold.

Personality: Emily is always looking to enjoy herself. In the ring, she enjoys watching her opponents squirm, whether in pain, embarrassment, or both doesn't really matter to her. Even so, she's perfectly willing to cheat to get what she wants, whatever that happens to be. Tends towards sadism in her fights. Out of the ring, she is much kinder, though no less hedonistic, here she tends to both seek her own pleasures while also trying to push other people to pursue theirs.

Wrestling Attire: Used to swap between blue and red leotards and the occasional bikini, but she's since gotten her hands on something a bit nicer for matches. She often doesn't wear her hair decorations to matches, though she'll usually keep it loose, barring hardcore or No-DQ matches, where she'll tie it up in a ponytail. 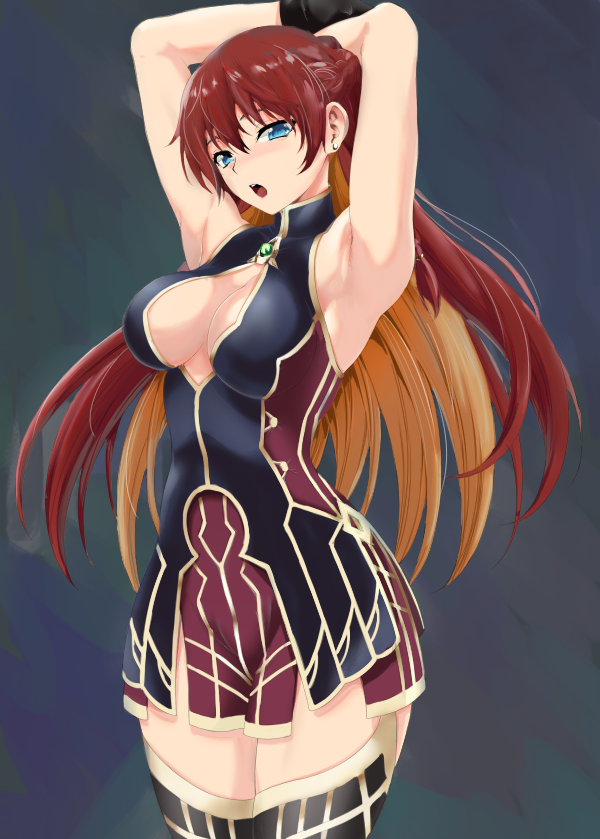 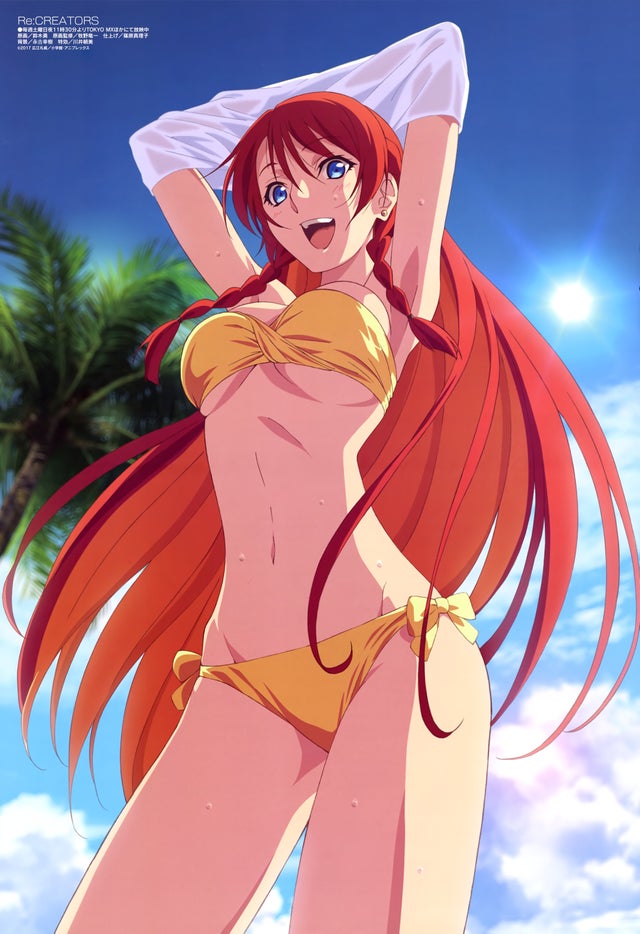 Fun facts:
-Emily, hedonist that she is, finds herself having to battle the temptation to let a competitive edge slide in favor of staying up close and personal with a cute/hot enough opponent at times.
-Despite having the body for it, Emily despises any accusations that she slept her way into the AFW, and any implications of similar nature.
-Emily actually really likes sweet things

To say that Emily had a rough upbringing would be a fairly accurate statement. She doesn't like to talk about it, much less remember it, but it's what gave her the drive to seek her own enjoyment after so long spent simply surviving, never really living. Eventually, she managed to get out of the hole she'd been born in, finding her way into a decent education and set up for a chance to leave all the hardship and the toil behind. After a while, though, she found that that life clung to her like a damp fog. The only place she found she could forget was in a fight. First was the wrestling team, then a few underground rings, where she found that she thrived in a ring. Fast forward some years, and Emily has become a feared fighter in her own right.

Then she discovered AFW. With the money from years of fleecing out underground fighting rings, she bought herself travel tickets and made her way to Japan, eager to compete. Now, here she is.