Preferred Matches: No-DQ/Hardcore, though she can participate in normal matches if the need arises.

Finishing moves:
Black Barrel Replica: With her opponent against a turnbuckle, Sion grabs them in a headlock and kicks off the turnbuckle into an enhanced DDT.

Etherlite: A jumping kick to the head, can be adapted to fit the situation.

Critical Finisher: True Black Barrel: A DDT from the top of the turnbuckle. 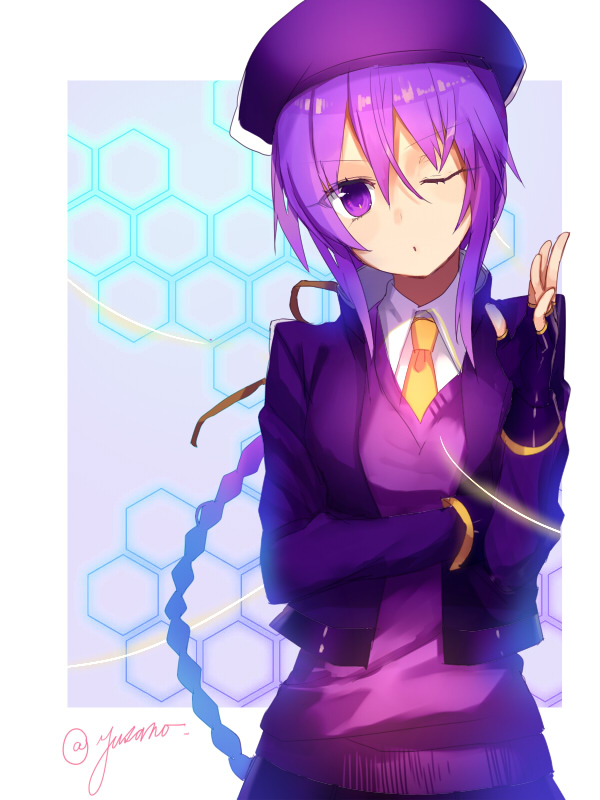 Personality: Sion is a very calculating person within the ring, more or less entirely focused on winning by whatever means necessary. That aside, she isn't much for taking risks. Outside of the ring, Sion isn't much less calculating, but otherwise rather awkward in social situations.

Past/History: Sion seemed to have a bright future laid out before her, having studied her way out of the mean streets and into a decent university as an honors student. Scholarships were beyond her due to a poor early education, but she'd managed to earn enough money to attend anyway. Then her father, who she'd left behind in their squalid slums, came by one night while she was away, somehow making his way into the apartment and taking everything she'd earned before leaving. Sion came back with very little left to her. Figuring that her academic life was over by then, Sion happened across an advertisement for the AFW. Selling her remaining belongings, Sion used the cash to buy tickets to Japan and sign up for the AFW, deciding that she might as well put fighting skills learned in the slums to good use in earning her bread. Upon arriving, however, she took the time to work her way through some local underground fighting rings, using the money to get some proper tutoring in hand-to-hand combat. Now equipped with the skills to, hopefully, pay the bills, along with a few tricks to use if the need arises. Fun Facts:
-Sion is bisexual, but doesn't really give any hints towards it normally, but is perfectly willing to take advantage of if it will win her the match.
-She enjoys intellectual challenges.
-She also has some trouble with social interactions, tending to look at things a bit too...analytically.
-Sion is surprisingly flexible. Helps with her fighting style.