Astolfo wasn't liking this one bit at all.  This Leon guy was taking his entire act.  He even spoke French just like Astolfo.  Sure the pink hair wrestler was cuter and all but he couldn't rely on that.  Plus there wasn't anyone here he felt a spark with and more people had turned up then he had expected.  “Looks like this isn't my kind of party.  I shall drop out and let the rest of you all have fun and aim for the gold.” stated Astolfo as he got up and would exit the room, abandoning his plans to get the title belt.  At least on the bright side, his secret was safe for now.
_________________ 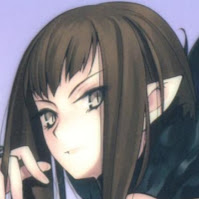 Someone seemed to be leaving. About 90% of Jay wanted to believe that the person leaving was a man. He had been friends with someone that was slightly ambiguous. But even then, this ine took it over the top. As did the man who revealed himself to be named Leon. Jay saw little competition. Then again, he couldn't judge.

He looked I've to the pink-haired man (woman) as he (she) left. He gives him (her) a bit of a glare. If it was something Jay knew for sure he had over him (her) was determination. If you didnt have that, then you wouldnt go very far.

Leon cleared it up without any embarrassment, thankfully she could be glad that that kind of situation wouldn't occur again. Nikki smiled politely and moved to the next person...

It was a girl that Nikki had noticed earlier and appeared to have changed her mind about the opportunity.

"Oh.. Uhm-.. Are you leaving already? You haven't even seen Ms. Sellers yet.." Nikki prompted Astolfo timidly... There was so few 'girls' in the room that she hoped that Astolfo would stay, plus she thought she looked kinda cute.
_________________
The new and improved: Kelsea's Karacters

It seemed that one of the assistants was a bit surprised that Astolfo was leaving already, thus he decided to give her a response, it was the least he could do after all.  “There seem to be more people here than I thought and most of them don't seem to have the spark that I am looking for.  I didn't actually join AFW for glory or to win, I came here to have fun, that isn't to say I won't try to win.  Also, I rather not share a spotlight, if you don't know what I mean by this, look me up in your files, my name is Astolfo.” stated the pink hair wrestler as he then looked at Leon for a second before focusing his eyes back on the assistant.
_________________

Nikki blinked, not really understanding what Astolfo was on about with spotlights. She did start to flick through the folder as requested though, speaking as she did...

"Oh.. uhm.. Well.. The people in this room might not be your competition... Ms. Sellers will be assigning matches for a select few applicants and those matches could be against anyone from Tension..." Nikki found the page for Astolfo and picture to match

"Here you are Mis- er... oh..." She said a faint little blush coming to the top of her cheeks.

"Hello and welcome." Nina spoke softly as she looked at the two... One (Jay) was avoiding eye contact while the other (Max) was quite active with his eyes, surveying everyone in the room.. Both made her feel a little uneasy

"As I said earlier, Ms. Sellers will be seeing applicants shortly..." She found it somewhat weird the way Jay was determined to look at the floor apart from a brief glimpse up at her.. She tilted her head down as if trying to catch his field of vision "If there's anything you need in the meantime, don't hesitate to ask."
_________________
The new and improved: Kelsea's Karacters

It seemed the female assistant was now understanding what he meant by sharing the spotlight.  “Anyways I only came here cause I thought there would be a much lower number, I am not honestly to interested in the title.  Sorry for wasting your time but I should be heading out now.” stated Astolfo as she gave a nice bow before then exiting the room.
_________________

Peeking inside the waiting room, Irene surveyed the other candidates. As she'd predicted, there weren't many girls here. Just one utterly shameless, half-naked woman, and several men who looked like they belonged in a college fraternity. As she timidly investigated the competition, one head of platinum hair wrapped into a large bun caught her eye. A man was sitting not far away, and his crimson outfit and black nail polish were so familiar. She realized that she knew this guy: Leon la Rouge!

Irene and him had fought when both were quite new to the AFW. He had defeated her in a standard match, even requiring her to visit a dentist after one of his savate kicks struck her face and chipped one of her teeth. Harboring no hard feelings, they had both gone on to spend a night at Leon's apartment, where the gentleman had taken the young college girl's virginity. Thanks to him, Irene had learned that she didn't need to be ashamed of her sexual cravings. Like him, she just wanted to have fun.

The two hadn't spoken since then, and Irene was happy to see him, but the thought of competing against someone who had already proven himself stronger than her didn't fill her with confidence. Nevertheless, Irene walked toward him to take a seat by his side. For this occasion, Irene had embraced a local look, wearing a Japanese schoolgirl outfit dyed purple. Her black shorts and sports bra were concealed underneath. It was a little uncomfortable, but Irene wanted to be ready in case she would need to wrestle here and now. These men were in for a surprise once they found out that Irene was capable of holding her own, despite her appearance. 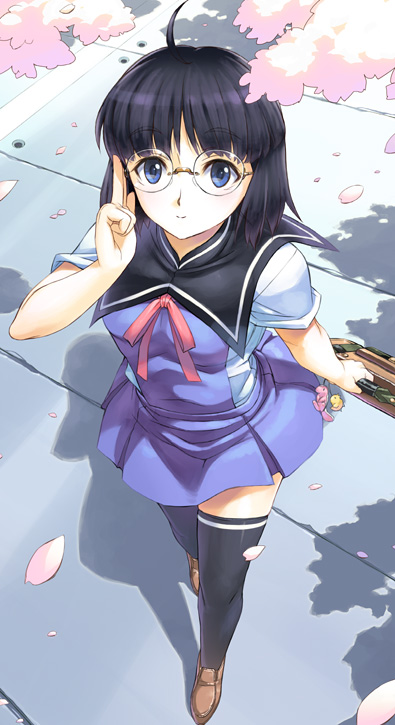 "Hey, Leon. It's really nice to see you again," Irene said softly, turning toward him. She kept the greeting simple, as she wasn't even sure if he would recognize her.
_________________
Current Status - Just got back from hiatus. Sorry I was gone for so long, but my activity should start to resume now.

Jay could hear the footsteps of someone approaching him. He didnt wearing cat ears or tail today, as he thought they would dampen his chances at being selected. So did that make him more approachable to others or was it something else or something more?

It was just one of the women that was to keep them all in line while they waited for Melissa. He quickly looks up to her and flashes a warm smile. At least, as warm as someone who has fought in so many battles as Jay has. He had to try and act nice. Couldn't hurt? "Dont worry, beautiful. I there's anything then I wont be afraid to ask you."
_________________
Indigo's Mosh Pit
First Year, Home 2, Home 3, Juniper and Sabre , Home 4, Home 5: Ultimatum, Home 6: Regear, Home 7: Stage Setter, Home 8, Home X: Big Changes *NEW*

The other person, who had already begin to strike a conversation with someone else had also questionable ideals but Daisuke could assure himself that La rogue was indeed a male.

Leon was smirking as Astolfo was leaving the scene, no doubt in envy of the Frenchman's attitude and overall persona. It was a guy, that much Leon assumed. When one dressed as a trap one could have an eye to discern others, still Leon gave em credit in that he didn't peg em right away. And when Astolfo left Leon's smirk became a grin, good for a laugh.

Seemed like everyone was off doing their own thing, which suited Leon just fine for now. Wouldn't be long till Mr La Rouge saw what all the fuss was about, then he could say he spent sometime doing something rather than nothing. Leon was about to take out his phone and put his feet up on a nearby chair and send a trolling text message to Xiao for the heck of it, till suddenly someone entered.

Looked like a cute schoolgirl, the type that would often giggle whenever Leon bothered to spend anytime looking at them. Honestly with all the people that had shown up someone like that was rather normal in comparison, but what surprised Leon was the woman seemingly intent on sitting down next to him.

And she then spoke, as if Leon should recognise her. He lifted an eyebrow in curiosity, before the voice made him realise who it was. The Frenchman's eyes going slightly wide in response before his trademark smile appeared, Leon moved the hair covering his left eye so that it was behind his left ear.

"Irene, darling it's you! Mon dieu you look different, but still as beautiful as I recall~..." Leon gave a small laugh and would take Irene's hand, kissing the front of it. The young woman was someone he had found a relatable person in, who embraced the crazy elements of Tension and the AFW. Although Leon inwardly may have preferred meeting her in more normal circumstances, it mattered little as he had reunited with the sweet little gal.

"Have you kept yourself well my dear? It's been soooooo boring since the last time we met! Seeing you here's just made all this much better." Leon leaned forward and to the side with a hand under his chin in interest.
_________________
Check out my wrestlers here, but PM me for match requests.