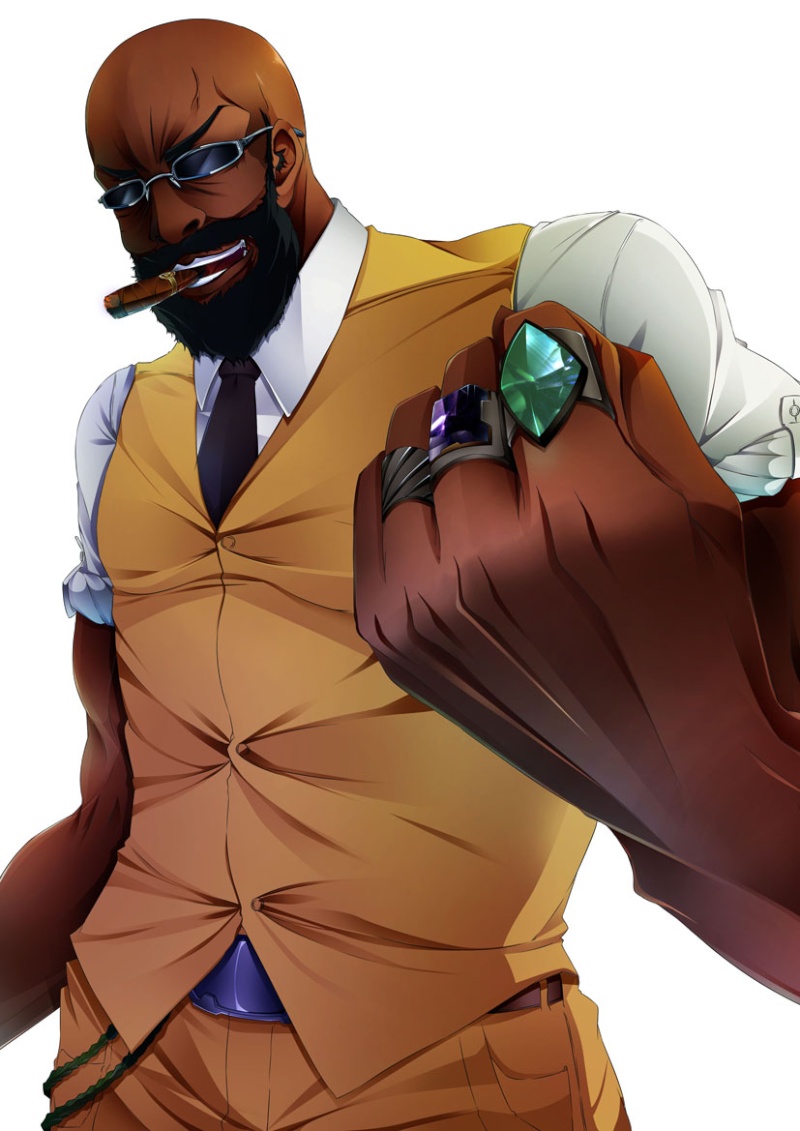 Signature(s)
"Sign Here" A typical big boot, but with a little follow through. After the boot connects and knocks his opponent down, Jamal jumps with his free leg and follows up with a elbow drop.

"Stamp of Approval" A foot stamp from the top turnbuckle to either the back or the chest/stomach of his opponent.

Finisher(s)
"Sealed tight Contract" A jail lock right or left hook. Jamal will get into a boxing stance and weave from side to side as he advances toward his opponent. Once in range, Jamal will stomp on his opponent's foot and then throw a hook after trapping his opponent.

"Back breaking Labor" A sit-out spine buster that leads to a twister submission hold.

Wrestling Attire
Jamal wears a pair of MMA trunks that is half black and white. The left half is black and the right side is black and on each side has "JM" written on it. He also tapes up his hands/arms. He fights shirtless and wears ankleless/toeless footwear.

Jamal is a man who likes honest business and relationships. He doesn't take crap from anyone even if it means going against those above him. To most he may seem like your typical rich businessman, but he doesn't like hide behind lawyers or a desk. Jamal likes to help those who may need financial support, or a sponsor.

Past
Jamal's story is a rag to riches one, but he did work for everything he has know. Coming from an average home, he got into business as a profession and worked his way up. He learned the ins and outs of business and used what he knew to turn the tables on those who tried to take advantage of him. Long story short he became president of his own company. In his spar time he trained in both boxing and wrestling for physical conditioning. He heard of the AFW as he overheard some of his employees talking about one of the matches they saw on TV. He joked about going there and fighting in a match, but most of them encouraged him to actually do it.  Feeling good about all the encouragement he actually studied some professional wrestling skills and signed up to be an AFW wrestler. He only signed for a short contract as he knew he couldn't run both his business and wrestle. Then again he only joined because of his workers constantly bugging him and he did like competition.
_________________