Strategy: Try to intimidate and get into her opponent's head. If she finds herself outskilled, she'll often times resort to using a weapon she usually keeps hidden in her ring gear. Primal fighter. Likes to use strikes whenever possible. Will use weak grapples to feel out her opponent; rarely uses heavy or powerful grapples. She is not a very technical fighter. She likes to do a lot of "flashy" moves that wow the audience. This got her in trouble in her previous wrestling promotion because she would put the crowd before the well-being of both herself and her opponent.
Style: Modified Lucha Libre
Type: Agility/Showmanship

Preferred Attacks: Anything that can be considered a "high spot" to keep it entertaining for the crowd. (Using weapons when the referee is distracted, doing flips from the turnbuckle etc.) 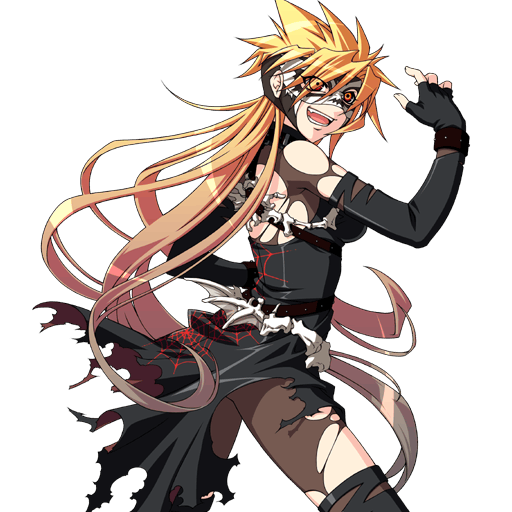 Physical Appearance: Rena is of average height and has a slightly toned build. She has blond, unkempt hair. She is rather busty.

Personality: In-ring, her personality is VERY unpredictable. She has a habit of trash-talking and taunting her opponents; however, once she gets angered, she basically becomes a rage beast: lashing out in anger and brutallity. Outside of the ring, however, she seems to be more reserved and keeps to herself.

Past/History: Wrestled in the Japanese pro-wrestling circuit for about five years before she was let go due to her dangerous style of wrestling. Held a championship in her old promotion, although the title reign was short-lived; it only lasted for about a month. During that month, she realized that her goal wasn't winning, per se. It was simply to put on the most entertaining show she could. Soon afterwards, after pulling a high-risk stunt during a PPV, injuring one of the company's most important wrestlers, she was let go.