The troll and the knight.

The troll and the knight.

Maxxy was in the gym wearing a black t-shirt with the words "BIG BOSS" printed on the front in white and a pair of black basketball shorts. She was in the middle of thrashing a sandbag and singing along with a tune that she was listening to: "Witness the Addiction" by Suicide Silence, one of her favorite bands. She turned and took out her earbuds when she sensed that someone was staring at her from behind. "Hmm?", she asked as beads of sweat fell from the fringe of her bangs down her face. The now stood in front of a man that was slightly taller than she was. wondering what he wanted.
_________________
"The Nightmare" ~ 0W/0L

The man actually came to her because he was intrigued, not just because of her appearance, but also because of her ferocious punching at that sandbag. He was wearing a cross between urban and medieval clothing: a red coat with a gag, black pants and gloves, and sturdy boots. 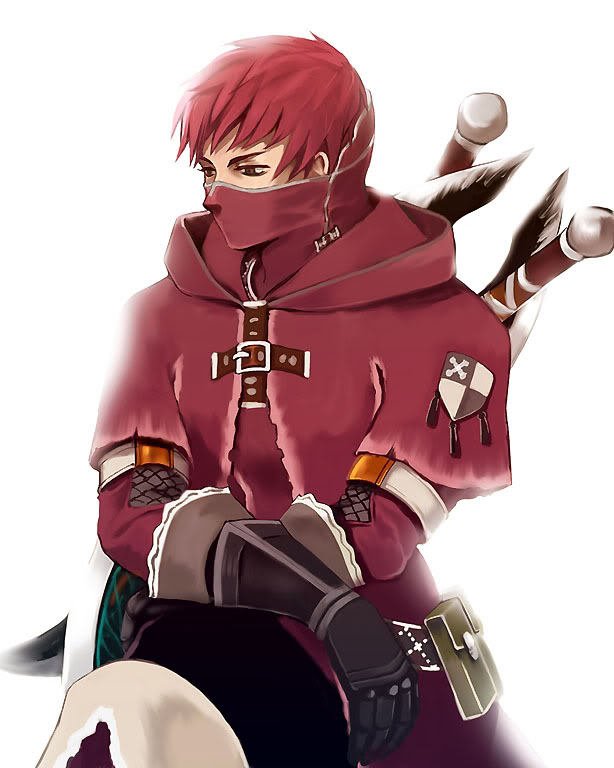 His voice would be calm and respectable as he said to the troll, "Greetings, ma'am. Forgive my intrusion, but my curiosity couldn't help itself. Methinks thou art a newcomer, yes?" He then bowed to her and added, "If thou permits me to introduce myself, I am called 'Red Knight'. And may I ask what thy name may be?"
_________________
Focusing on good old fashioned basics and just having fun. Nothing else and nothing more.

The troll paused for a moment, giving some thought as to whether she even wanted to talk to this guy. After a few seconds, she responded. "...Maxxy." She was breathing heavily, using the interruption to catch her breath.
_________________
"The Nightmare" ~ 0W/0L

"Maxxy. A pleasure to meet thou." Red Knight would take a couple steps closer to observe her a little better. He then said, "Welcome to AFW. My mind has already determined that by your vicious striking on that sandbag that you are quite strong. That is one quality that is of the utmost importance before engaging in combat." He also took notice of an intriguing feature about her appearance. "And if thou permits me to ask, what is your race?"
_________________
Focusing on good old fashioned basics and just having fun. Nothing else and nothing more.

Red Knight simply chuckled when Maxxy started to take his question as if it was a serious offense and answered, "Not at all, Madame. I just simply find you for a troll...exquisite...and beautiful. He took a few steps back and turned to the side to walk to the sandbag to collect his thoughts on his next few sentences. "In all honesty, I always thought my family was stranger and more different than the others around us. We actually have a very interesting lineage that you might consider a fantasy. Hmph, you probably wouldn't believe what kind of family I have even if I tell you." He took a few swings at the sandbag as he felt it was his turn to work out a bit.
_________________
Focusing on good old fashioned basics and just having fun. Nothing else and nothing more.

Re: The troll and the knight

Red Knight nodded to Maxxy to thank her as the sandbag was set in place for resistance. This resistance should help train his arms and fists to have better endurance and muscle. His punches would not hit the sandbag really hard, but firm enough for Maxxy to feel it. The knight was starting slow before a little more intense. Red Knight would say in the meantime, "My family was descended from a knight of peasant blood and an eleven warrior princess. They both were very skilled in fighting to defend their families and their homes from many an enemy. The reason why it was hardly mentioned over the years is the fact that we wanted to live a simple life. The reason why I am fighting now is because I want to showcase my family legacy and carry on their never ending pursuit for justice outside the ring."

Maxxy simply nodded once he was finished speaking. "My story isn't anywhere near as interesting. I'm just a shy troll girl that decided to find a hobby so that I have something to do besides just sitting with my thoughts. I grew up alone and spend most of my time listening to music and talking with people on the internet." Despite her claims of being mostly a homebody, her arms were surprisingly well-toned as they held the sandbag in place without much effort.
_________________
"The Nightmare" ~ 0W/0L

Maxxy's story may sound simple and nothing exciting to add, but it intrigued Red Knight. His punches became a little harder and faster as he asked, "Alone, you say? No friends or family to support you?" His tone showed great concern for her and willingness to help in any way possible. "Surely, there must be an acquaintance who has helped you before arriving here."
_________________
Focusing on good old fashioned basics and just having fun. Nothing else and nothing more.