Lunchadors Roster, for all Your Jobbing Needs ...

Lunchadors Roster, for all Your Jobbing Needs ... 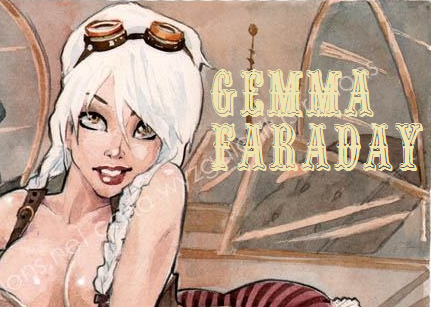 Gemma Faraday:  Daughter of experienced UK catch wrestlers, Gemma has come to Japan hoping to make a respectable name for herself.  Struggling between the ugres to entertain the crowds and actually win her matches, Gemma struggles to prove that she's worth taking as a serious competitor.

CURRENTLY:  Involved in a match, and a storyline.  Unavailable for further threads, at the moment. 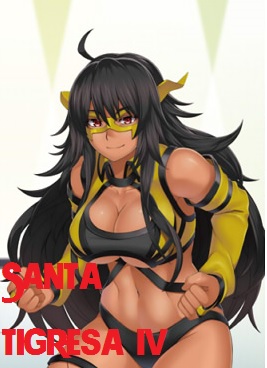 Santa Tigresa IV:  A former nun from Mexico, Santa Tigresa has taken on the mask in order to carry on a long-standing family tradition.  Competing in Japan has helped her to flourish as a competitor, and start forging her own legacy in the world of professional wrestling.  While she still hasn't reached the heights of her predecessors, Santa Tigresa looks forward to earning honor and glory in the ring to match her mask's storied legacy.

CURRENTLY:  Involved in a match & a storyline, unavailable for further threads. 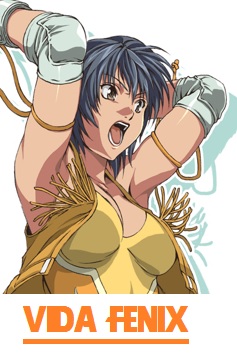 Vida Fenix:  A young rookie, Vida Fenix grew up dreaming of earning stardom in the world of lucha libre.  Following her inspiration Santa Tigresa to AFW, Vida hopes that a successful run here will show her mentor that despite her inexperience, she is just every bit as worthy of her own mask, and her own legacy, as any other wrestler.

CURRENTLY:  Involved in a match, possibly available for further threads.

Helvetica Lee:  Once just an American fangirl who offered her unabashed, often unqualified opinion on professional wrestling.  Due to fan demand, Helvetica got herself into an AFW ring to try and prove herself the equal of the wrestlers she once criticized.  In her most recent match, the self-described "student of the game" got her arm broken, but that loss has given her a new area to focus on. 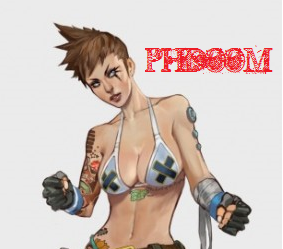 PHDoom:  A bitter brawler that takes things way too far.  Has her own, singular take on the nature of feminism, which doesn't make her too many friends in the locker room.

CURRENTLY:  Getting back into the ring, not available for further threads. 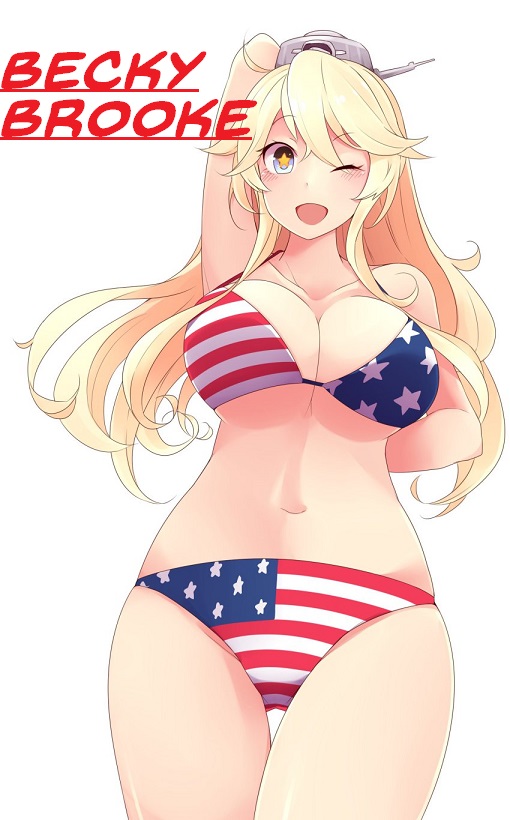 Becky Brooke:  The new kid, an "All-American" with some fairly specific ideas about what constitutes "American."  Massively friendly, but not the brightest star on the flag.

CURRENTLY:  Involved in a match, available for other threads. 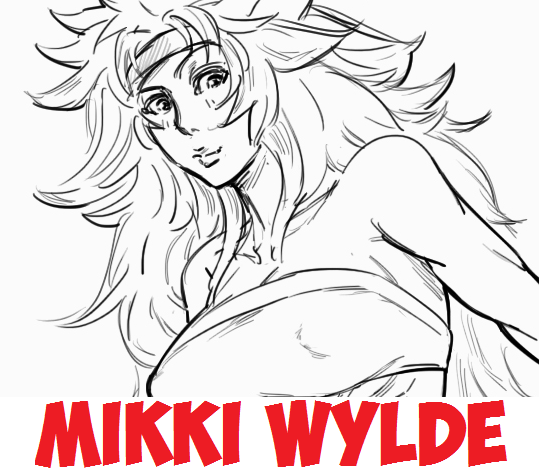 Mikki Wylde:  The powerhouse, casting herself in the mold of classic 1980's wrestlers.

CURRENTLY:  Involved in a match, possibly open to further matches. 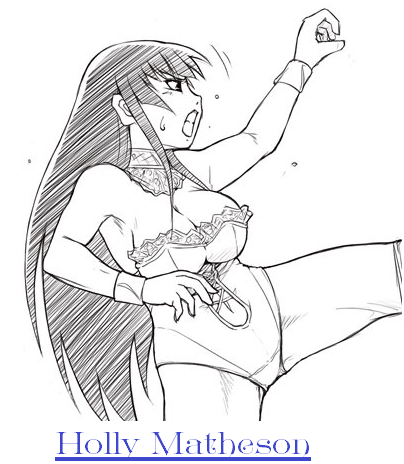 Holly Matheson:  A newcomer to the world of wrestling, this young woman is hoping to make her mark by earning money for whatever charitable cause she can.  Trained and tagging with her partner Gato Blanco, Holly hopes her skill and dedication will help her to stand out.  A competent wrestler, if not a terribly talented or experienced one, Holly is still eager to take on any and all comers if there's any chance of a payoff for the values the holds dear. 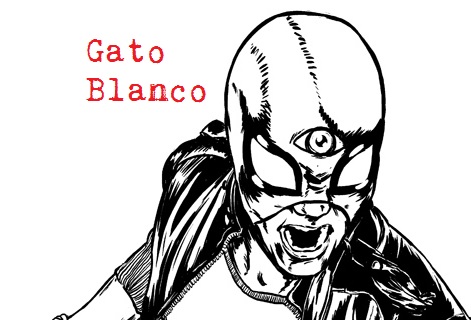 Gato Blanco:  Something of a celebrity wrestler in Mexico and the United Kingdom, he is also Holly's trainer, partner and tag team mate for the matches in which she needs him.  He is also eager to take on whatever challenges might come his way, in the ring. 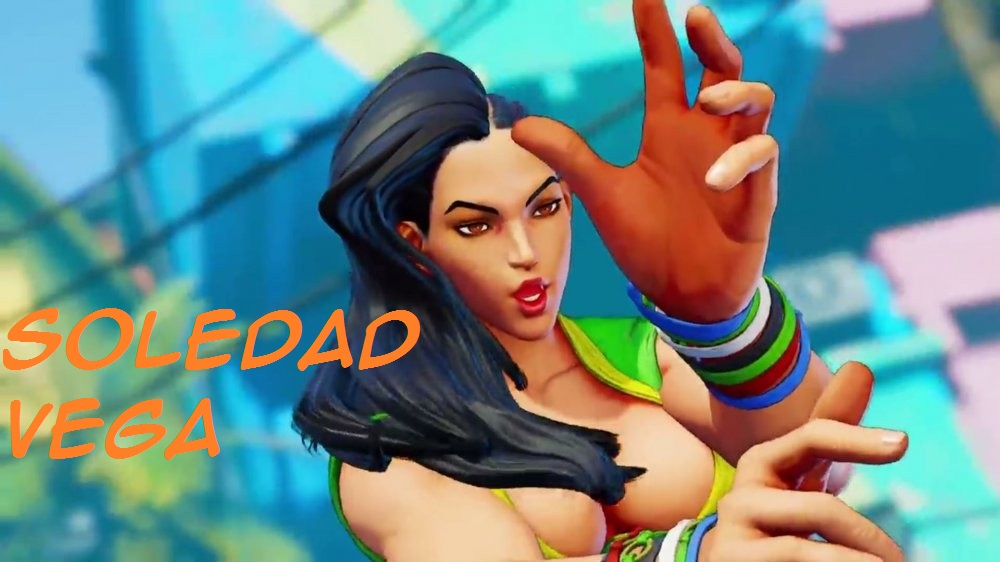 A rough and hotheaded brawler from the streets of Puerto Rico, coming to AFW to grow as a wrestling and escape the misdeeds of her past.  A fierce brawler, who gives everything she's got when she's in the ring.

CURRENTLY:  Involved in a storyline/match, unavailable for further threads. 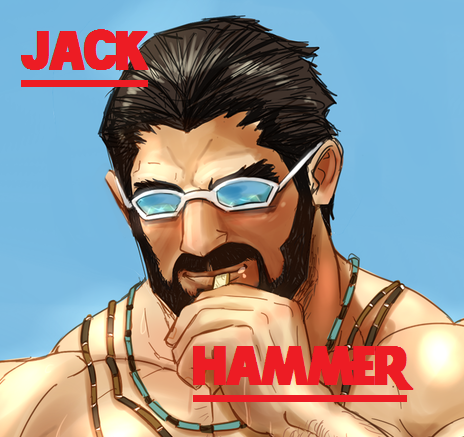 Detective Jack Hammer:  Rough around the edges, and generally just the worst person, Jack has wound up bringing his talents to the AFW, and is looking to make a living in the promotion in the long term.

Re: Lunchadors Roster, for all Your Jobbing Needs ...

Trying to work out what to do with some of my characters next, I've been thinking over what caused me to create them in the first place.  Right now, I'm pretty happy with how most of them are conforming to original plans.  A few, however, have managed to get away from me, in various ways.  So, I think I'm going to try and use this space to think over what I'm doing with them, why, and where I would like to see them go in the future. Feel free to post here or PM me, if you have any suggestions for what I can do with these characters.

Gemma Faraday:
My first character here, and I'm glad that she's someone I can still find threads for and play without much difficulty.  She was originally meant to be a mix of what I find cool, both in fashion and in the British indie wrestling scene.  Gemma's meant to be someone who might fit into a wrestling promotion like ICW or PROGRESS, and I think she does that.  I haven't had her in too many really "serious" feuds or storylines, but I'm pretty satisfied with almost all of her threads.  That has to count for something, right?  I'd love to see her in some ridiculous, unbelievable matches again, since I think that suits her skillset.  Other than that, I think I'd like to see her start rounding the corner, soon, and become a somewhat more "serious" competitor.

Santa Tigresa:
I think my favorite thing in professional wrestling is, and always will be, lucha libre.  With Santa Tigresa, I wanted to pay my own sort of homage to the greats like Santo, Blue Demon, Fray Tormenta and the like.  I made her background a pastiche of all of those characters (leaning most heavily on Fray Tormenta, if I'm honest), and went from there.  I've had some great RP partners with her, and I'm really glad that I have.  She's wound up coming across fairly powerful, moreso than I'd originally envisioned her, but I'm happy for that.  I feel like she's been more impressive to others, and that she's gotten the best development out of anyone on my current roster.  I see this one as my most "serious" character; the one that might eventually get herself a title, or at least show up on a PPV.

Vida Fenix:
Sort of the other side of the coin to Santa Tigresa, I wanted to present a luchadora that was just starting out.  Kind of her sidekick, someone that was less competent/powerful, but still just as driven to succeed.  The sort of character you might see in the opening match of a CMLL card. It's nice that I get to write her as the "pure" aviadora and tecnico, which is a fun thing.  I'm having a lot of fun playing her as someone enthusiastic and lively, just not overly powerful.  Not entirely sure where she's going to go in the future, but right now I'm satisfied that she seems to be a decent character to RP with.

Helvetica Lee:
I created this character as kind of a goof on internet wrestling fans.  The worst ones, at that.  The fans that are totally convinced that they're exact fan-booking is the only way to save the industry, that every company is absolute garbage, and that they could totally do better, given the time, resources and physical fitness that the so-called professionals have.  And I think I'm pretty happy with how that turned out.  She can't actually wrestle to save her life, but that's supposed to be the fun of her.  Helvetica's current storyline has her injured and unable to compete, but I'm hoping that her running her mouth will help to get her character across.

Holly Matheson & Gato Blanco:
Still getting their first match out there.  Loved the set up, and I think the hook of them wrestling for charity and assorted causes is a good one.  Might end up getting dropped or de-emphasized over time, but we'll see.  Kind of wondering if I made the right choice, though, pairing the two of them together.  Might have limited my match options for each of them that way, but I like the idea of a wrestling couple.  In the future, I might relegate Blanco to the role of trainer/manager, and push Holly over to the Friction roster.  I already have two luchadoras, I'm not sure if what Blanco does in-ring adds anything different.  As for Holly, I'm kind of wondering if she might make for an entertaining tag team with Gemma?  Like, the posh girl and the punk girl, sort of an odd couple?  Something I've been considering, anyway.

PHDoom:
Really enjoyed this character, looking to bring her back soon.  Trying to figure out what kind of line I want to walk with her.  Her matches thus far have been enjoyable, I like the character work and it seems others do, too.  I'm just not sure I like how rough she is, or if I should try and soften her up a bit.  Or at least, give her in-ring work a bit more of an entertaining flair.  Not sure.

Mikki Wylde;
Another one I'm re-working.  I enjoyed writing her over the top dialogue and bad, 1980's style promos on the old forums, but that stuff kind of got away from me.  Recently, I've reigned in her size, trying to make her more manageable.  Still trying to bring her down to earth, a little bit, without losing what makes her fun.
_________________
My Roster