» Acrobat against Giantess part 2: the gym encounter!
by Ringropes98 Today at 07:10 pm

» Jasper Rhys Vs. Ryo Kamiya!: Rank Does Not Matter. [Debut Match]
by Diesel_Electric_Razor Today at 06:41 pm

» Halloween match! Trick or treat? - The Part Timers vs Blair Takashima
by pu-level-up Today at 04:44 pm

Preferred Matches: Open for anything, though she mostly prefers hardcore

Depredador: (Front) First, La Bestia would grab her opponent’s head and gives them a massive headbutt to daze them as they are stumbling back. Second, she would run back to them from the side and jump up to perform a running hurricanrana where she wraps her legs around their neck and spins to toss them to the mat on their back.

La Bestia then flips from her position to land her body on her opponent’s stomach before quickly crawling up and slap across their face three times. Finally, she would end with one more massive headbutt to knock them down and raise her up and roar to the skies. (along with a golden yellow tank top underneath, fur on the shoulders, and light brown fingerless gloves) 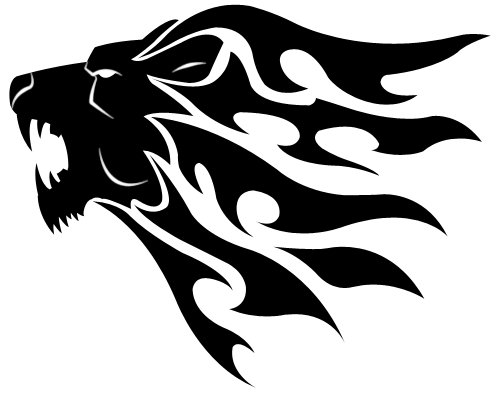 Personality: Gertie used to be come off as cheery and happy-go-lucky, but later, she became solitary, sensitive, easily angered, and not afraid to act defensively and throw a punch to prove her point.

As far back as she can remember, Gertrudis “Gertie” Lavera had always wanted to be a great luchadora. She loved that they were fast, strong, and able to perform amazing aerial and ground techniques in order to clench their victory. But more importantly, she admired the fact that these women can prove themselves worthy to fight in a sport where men mostly dominated in. With that goal set in mind, Gertie set herself to work her way to the top.

She made time after homework to practice her jabs, slams, and flips in order to familiarize herself with what she could be up against. She kept working on her skills throughout her youth with the number one goal in mind to make her dreams become reality. And very soon at age 23, Gertie tried out in a top wrestling federation in her hometown and to make a long story short, she got accepted and was excited to finally have her moment to shine in wrestling.

Unfortunately, it wasn’t what she expected at all.

At first after winning her debut match, Gertie was starting to gain some cheers and respect of the fans. But that didn’t cover up the fact that other wrestlers, including the faces, were jealous of her early success and want to put her in her “proper” place. So Gertie became subjected to their cruel teasing, ignorance, and being taken advantage of because of her status as a novice. Their way of “initiating” as this may be. The matches that followed (whether winning or losing( were nothing more than those opponents telling her that they didn’t want her, she had no place in their or any other federation, and she would never best any of them. And the worst part is neither the cheering audience nor the executives seem to notice any of that or ever bother to ask her. Those taunts alone increased her desire to prove herself worthy of the ring, but it soon drove her to the point where it didn’t feel like enough.

And then one day, Gertie was fighting in a tag team matchup against a couple of heels and she did her best to not show her anger and frustration. But her “ally” then left her alone and forced her to stay so that the other heels can do as they please. Throughout her attempts to survive and fight back, she realized that all three were in on putting her through this torture in order to make an example of her. It was in that moment that she suddenly snapped and her blood turned cold. The moment she got free, Gertie grabbed the chair that the heels were using earlier and suddenly swung it fast to knock one heel down before the other. She would see the surprise and fear in her eyes before knocking them out unconsciously with a few more swings.

After that, everything went…silent. Gertie didn’t understand it as she looked around her. The audience who were cheering and jeering just stood there with their eyes and mouths opened in shock. The referee who was checking and ensuring that the rules were being followed froze in horror. And the traitorous tag team member was so terrified that she ran away in fear. Fear. That was what Gertie felt as well as she immediately turned and ran away from the ring, gathered up her things, and left the federation in a hurry, not looking back and not wanting to return to their torment again.

However, there was one particular spectator who found it impressive that one bullied girl can finally take a stand and make her mark…or two. This spectator found Gertie after the fight and told her that she saw potential in her after surviving such struggles in her career. She wanted to give her a chance to start over and do things the right way so that she can finally live her dream. Gertie’s sadness turned to joy right then and there and she immediately followed, but this time, it’s going to be different. She not only wanted to be a great luchadora, but she now wanted to do so through fear and intimidation to earn herself great power and respect.

Within a few months, Gertie is back again in the ring, but she’s not the same girl with a dream that she was before. If you anger her…if you rattle the cage…you might unleash…

Other Info: When she first fought in the wrestling ring, Gertie’s nickname was “Valienta” which is derived from the word “valiente” meaning “brave” and “valiant” due to her constant desire to challenge herself with stronger opponents. But since she became more brutal and hardcorel, she chose “La Bestia” which means “the beast”.

“Time to play with my prey…”

“By the time I’m done, I’m going to enjoy feasting on your bones.”

“Lo siento, amigo/amiga, did that hurt?”

“The claws are out!”

“I always thought of brutality as sickening to my stomach. And as I look at you now, I feel…satisfaction.”

Friends/Allies: Dark Faction, the 7
Rivals/Enemies: N/A
Crushes: N/A
_________________
Focusing on good old fashioned basics and just having fun. Nothing else and nothing more.