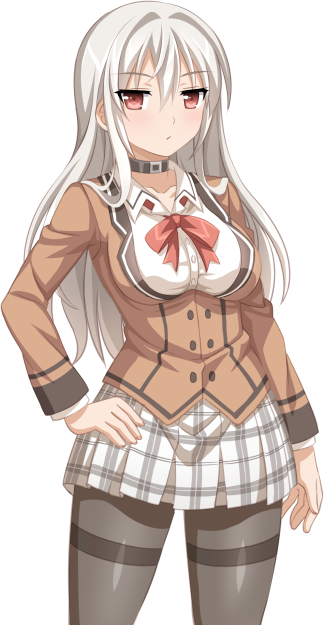 Name: Eliza Lockhark
Age: 19
Height: 5ft 8in
Weight: 130lbs
Nationality: English
Stlye: Stamina & Speed
Strategy: Eliza focuses on speed and stamina during her matches. She tries to tire out her opponent and stike when they begin to slow. Striking her opponent's torso is her main goal as she aims to destroy their core.

Finisher(s)
"Whirlpool" A black hole slam usually done as a counter or from a set up from her partner...


Personality: Eliza generally has a calm so-so atitude when it comes to most things, but she has a great competitive spirit. She doesn't like cheaters, but she does believe in getting even. I guess you can say that she has a bad temper, but it takes her awhile to reach her breaking point.

Past/History: Eliza was born and raised in London, England. Her family and upbringing was pretty average, but her family did have a love of traveling. One of her father's friends was getting married and Eliza's family was invited to the wedding in japan. The trip was paid for and when their plane landed that was when Eliza met Rin. They were about 10 years old and the two didn't get along well. In the few short days that Eliza was in Japan, she and Rin did become friends. During the trip both Eliza and Rin learned that their fathers were big wrestling fans...well bigger fans than they let on. Long story the two got into wrestling a little bit as children. After the wedding the two kept in touch through various mean over the years. Some years later the two met each other again after Eliza joined a student exchange program. She learned japanese ahead of time to surprise her old friend. Even after the program ended, Eliza stayed in Japan to finish school. She lived with Rin's family for a while, before her family eventually moved over. Rin got Eliza into swimming and convinced her to join the AFW after finishing highschool. She agreed to stick around for a few matches as she didn't want this to get too serious.