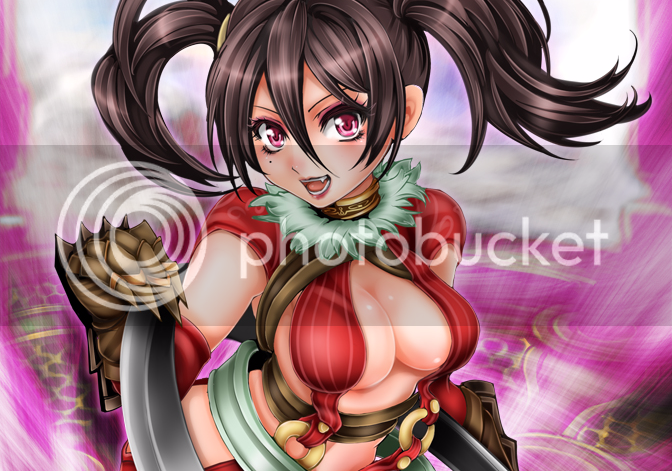 Of course this attitude does change if someone can stomach her for long enough. She tends to be a bit more caring, and helpful towards people she's befriended or even people whom she's wrestles, or wrestles with. Her direct attitude doesn't change much, but subtle hints in her actions, and speech do show that she is a bit more lighter on these special few.

Performer Persona:  If you take all of what was said above, and flipped it on its head that would be only a fraction of how emotionally charged, and energetic Astra, or 'Supernova' is within' the ring. Sense she is such a vivid performer, and crowd-pleaser, it's hard to pinpoint her personality to one thing, as she's so flippant with her emotions. If the match calls for someone to be brutal, and unforgiving, she will do so. But, on the other hand, she can also fill the role of the victim, the innocent hero, etc. Her onstage act will change almost as frequently as her clothing style, which is just as outrageous as her. 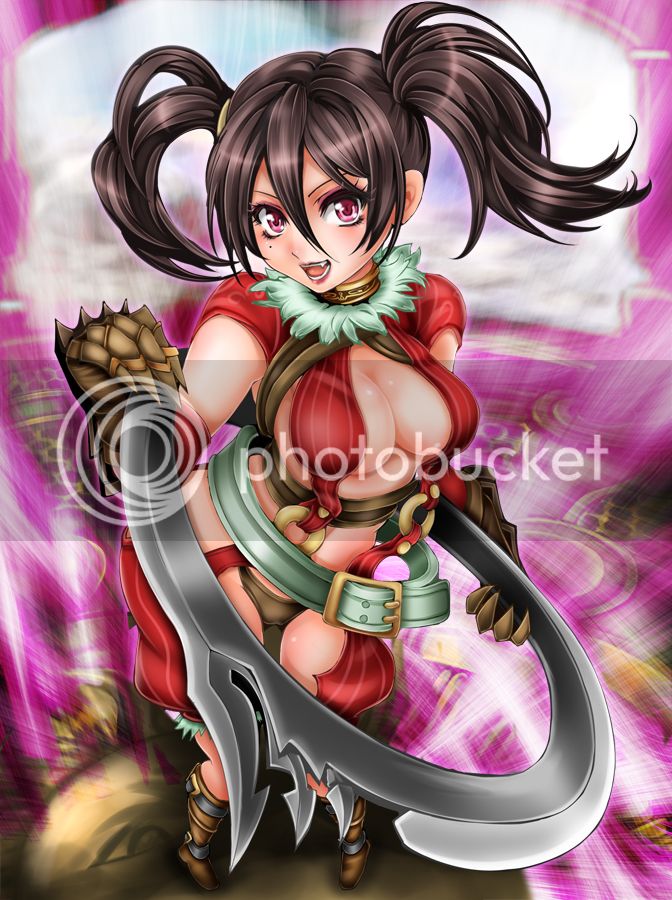 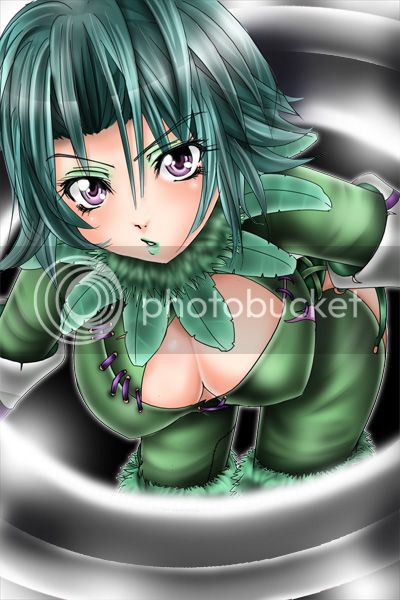 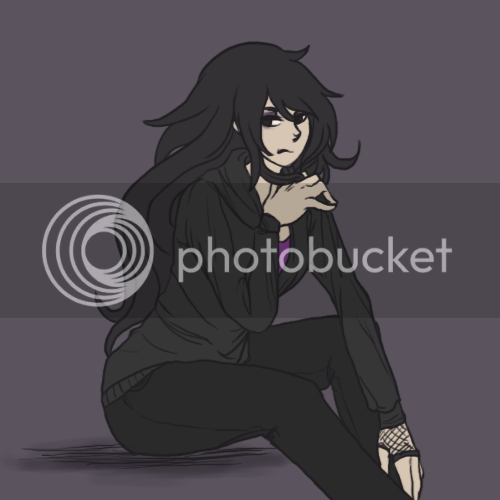 Quotes:
~Winning~
"Can't you hear them~ Ooooh, I just love a good chant!"
"'I'm gonna take you dooooown!' Hehe~ What'cha think? Sound like you?"
"C'moooooon, I'm even board watching this..."

~Victorious~
"N-No No no! You need to get up, right now! Oooh! But that was sooo boring! I demand another fight! No, another two fights! Two vs one!!!"
"That was a goood fight! Now get up, and smile for the audience you fuckin' loser~! Make sure you wave~"

Aspirations/Goals:
❤: To win a Title, any Title, and hold onto it longer then anyone ever has.
❤: To Gain the biggest, and most loyal fan base.
❤: To gain the most perverted, and most idolizing fan club. 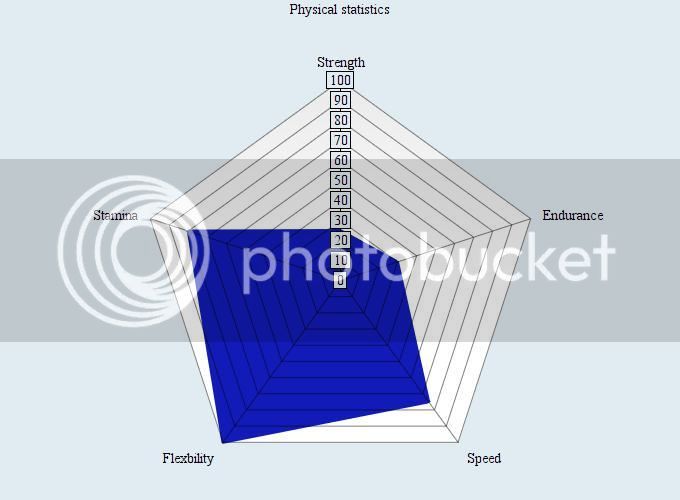 Style: - Humiliation Submissions: It's safe to say, the easiest way to excite, and wow the crowd, is by showing them some embarrassing, and exposing holds~ Because of this, and her flexible nature, all of Astra's favorite moves, and even her finishing move, are humiliation based.

Preferred attacks:
Her attacks are normally just submissions that she twists to make humiliating, or embarrassing. She struggles when it comes to other attacks. When she's not doing submissions, she's normally doing some flashy high flying move. Either form the turnbuckle, or just simply running and attacking. She also tends to use alot of her circus moves as attacks, like handstand kicks/knee drops, and flipping kicks, or dodges.

Finisher!: - Cream Pie~:
This move starts out like a simple Boston crab. But when Astra goes down to grab her opponent's legs, she instead grabs her thighs. She then begins to crotch, and back up, causing her opponent's body to go up straight, and begin to bend. She then stops once her opponent's body is completely straight (Up 'n down). From there, she quickly sits down in front of the opponent's head, and uses her feet to lift and stuff her face into her crotch. She then locks her legs around her head to keep her somewhat still, and begins to teasingly pull down on her opponent's legs. This move can also be pulled off with her naked, leaving her opponents mouth and nose, pressed against her pussy, or in a strap on match, where the strap-on would be forced deep in her poor opponents throat.

It wasn't long, till the ringleader found the poor child in the stands, and it didn't take him long to deiced to raise her within' his little circus. Though, he did have one problem...He needed to give her a name. After talking with his staff, and thinking it over, he deiced he would name her Astra, because he was going to make her his biggest star.

Many years were to follow, as young Astra grew, and learned within' the Circus. She grasped onto the circus staff's teachings quickly, and seemed to be a natural at almost every act she tried. Within' two years she was out miming their best mime, within' four years she was out clowning their best clown, etc, etc. Though, despite all these achievements, there was nothing she shined better at, then the trapeze act. She loved the feeling of flying high in the air, flipping, twisting, and twirling. She'd become a truly elegant act, and a truly impressive performer.

At the young age of fifteen, she was performing with all the others, coming in as the circuses youngest, and most talented trapeze act. She was a hit, and became the main headline act during every show. But...Thanks to her young age, and all that fame, things began to change. She started getting addicted to the fans cheers. At first, it was a simple rush that got her through the night with a little extra energy...But after awhile, the cheering began to increase, and the good feeling began to rush over her more intensely, making her hot, and moist below. It came to the point where she wasn't doing the show to make her father proud, or to get the circus money...It became a sexual need, a way for her to get off...The only way.

And when Astra turned eighteen that tipping point was reached. Not only was Astra making her own act more, and more sexual, and perverted, she was pushing it into other acts! At this point, the ringmaster could accept no more, and finally booted Astra out of the circus, and on to the streets, demanding that if she wants to return, she fixes herself of this perversion. At first, Astra didn't really seem too shocked by the change in environment, she quickly found a way to get her high off, and found work that allowed her to do so...But after awhile, she started to notice the buzz wearing off. The crowd wasn't big enough, not nearly big enough...

It took Astra some time, but after a year, Astra had found something that not only matched the view of her circus, but blew it out of the water. And even better than that, it was full range! Anything she wanted to do, and more!...The only problem was...It was a wrestling league...And aside from some simple flips, and twists...She knew nothing about wrestling...Still, she deiced she had time to learn...So, for almost a year, she worked, learned, and gathered money together to move out to Japan. And right before her twentieth birthday, she gathered just enough for a one way ticket. A one way ticket, to her new stage. 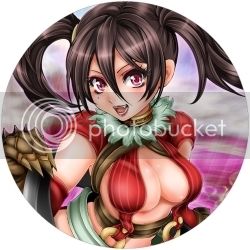 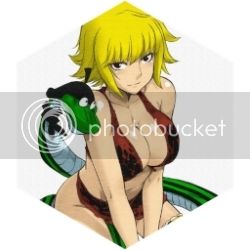