Background
Mawile is a mysterious creature that lures in prey of any kind towards her with it's cute appearance and then eats them with her snap trap like jaws when they least expect it after they leave a big opening for her, she evolved and developed a humanoid body through unknown means and so has learned to speak human and act like one. This helped her lure in much more prey towards her, especially human prey which she finds to be very delicious and her feminine looks help attract LOTS of males and lesbian females to her since they cannot resist her.

Only once she failed to completely devour someone at first, and it turned out to be a strong woman that had some kind of power. Mawile was able to overpower the lady thanks to her steel defense and her brute strength and then was able to devour her. This gave Mawile a satisfying meal and decides to find other powerful fighters, both super powered or not, defeat them and eat them whole.

Appearance
While having a small but strong body of steel, Mawile looks very cute and attractive in her humanoid form and has a "ponytail" mouth on her head that can be fully disguised if the mouth is closed. When she enters her second form, she gains 2 snap trap mouths on her head that cannot be as disguised as her first form's since it's fangs hang outside the mouth if shut. 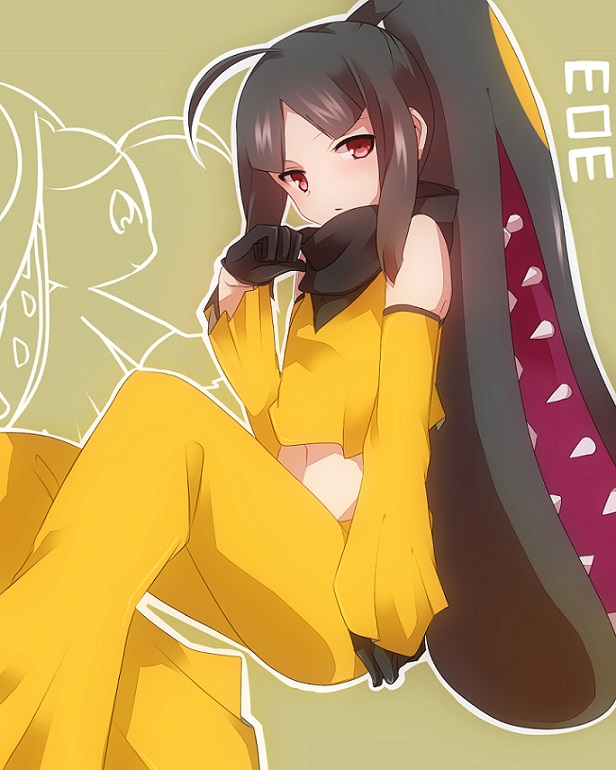 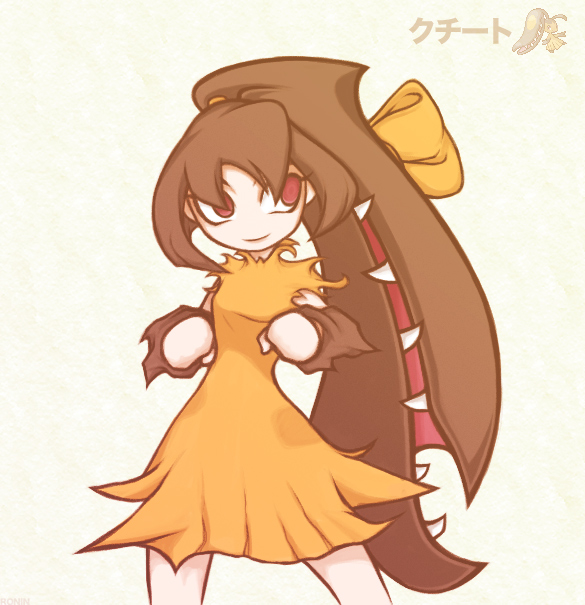 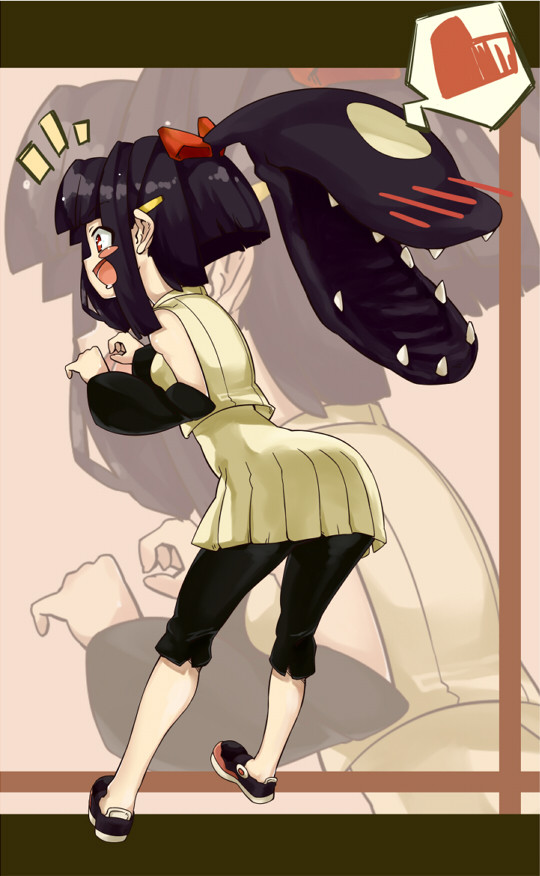 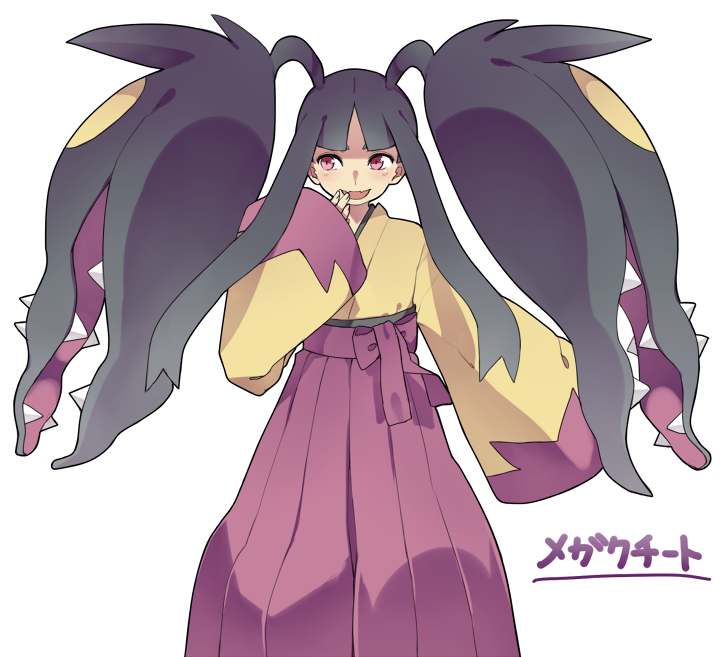 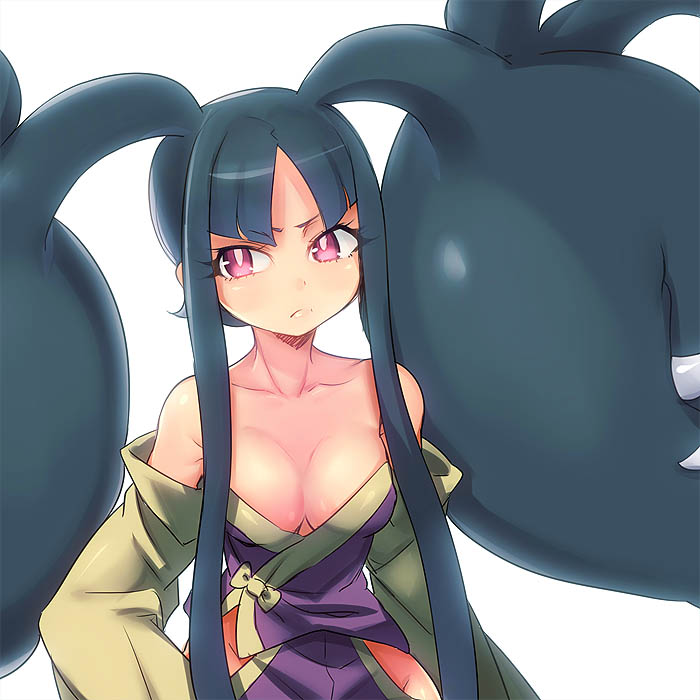 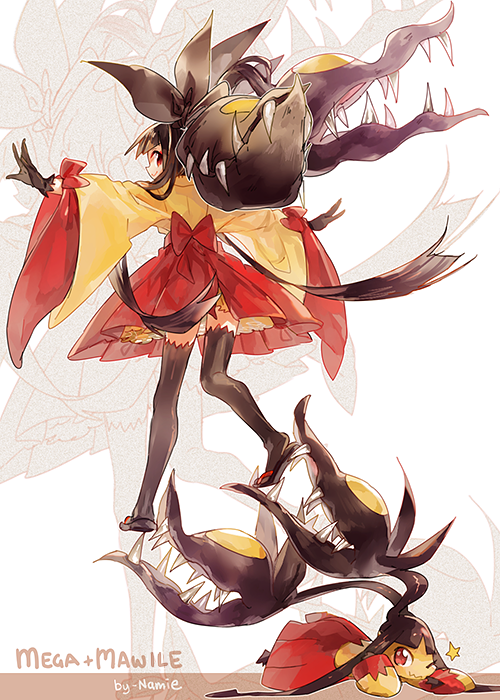 Personality
Mawile's exterior is shy and timid while being easily embarrassed, but inside, she is a deceitful, scheming creature that does whatever it takes to lure in it's prey before either eating it or beating it to a pulp. But she can be nice if treated right and may even fall in love if possible.

Other Facts
- If Mawile somehow does manage to fall in love, she will still gnaw on her lover as a way of being a shy and embarrassed tsundere.
- Mawile somehow developed an interest in Ribbon Dancing and is fluent in it.

Wrestling Information
Strengths: Mawile's body is almost as strong as steel, and her "ponytail" mouth is extremely strong, especially when she slams it down on her opponents or bites them.
Weaknesses: Her only weakness is fire, which can break through her defense and wound her greatly.
Style: Power Attacker
Difficulty Level: Medium - Hard

Preferred Matches: As long as she gets to eat her opponent after she wins, any kind.

Wrestling Attire:
Whatever clothes she wears depending what form she is in