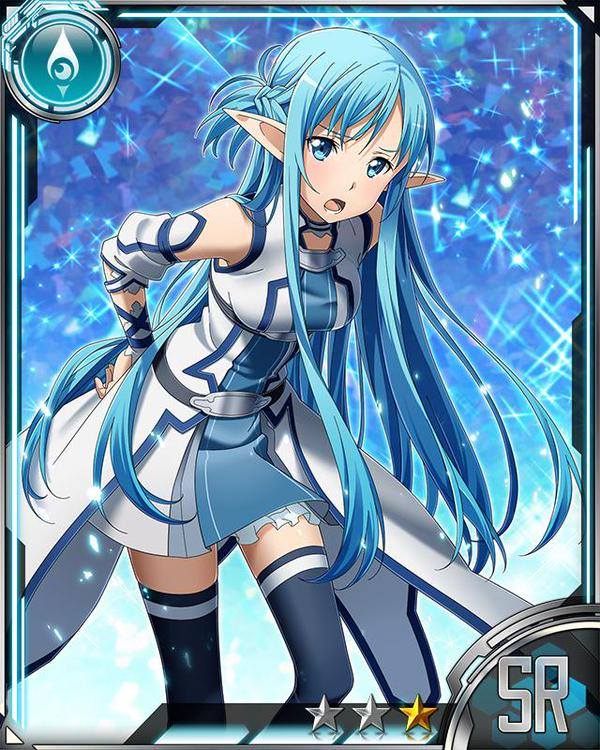 
Backstory- Aqua grew up in the daughter of two anime fans that thought their daughter to be the same way. When growing up, her parents wanted her to either become a voice actress, a singer or an animator. At the age of 13 though, Aqua's father started getting into LARP. Eventually, the group that played with him wanted a young girl to use as a hostage character (in the role play, with permission of course.) They grabbed her and she was given some lines for whoever found her and she preformed them amazingly. Among the group of LARPers that found her, one was a game designer who was looking for a new voice to use in an upcoming game. He liked Aqua's voice and offered her a role to voice in an up coming game. She accepted and started her career as a voice actress. While she was there, doing voice acting, she asked if she could come and figure out how the game was being made started to learn a little game design. Once she finished her role, she was allowed to stay and help the game designers as a sort of intern. She has yet to figure out how to do it, but while there a few more offers to voice act was given to her. During all this time, She continued playing Larp (Though not so much because she was so busy.)

At the age of 16 she was in the game designers office running some errands when she was asked by a game designer if it was OK for them to use her Likeness along with her voice in a new game that they were making by the name of "Elf Wars." Her job was to play an eleven adventurer that was one of the romance options in the game. Looking at some of the notes she was given, she was told that there might be an opportunity for her to sing in the game, so she decided to take the opportunity and do the part. As she was asked to have some pictures taken for the part, She met a woman by the name of Jade, a role player who had also been asked to fulfill another role. As they talked Jade and her hit it off, sharing role playing stories. Once they shooting was done, the two kept in contact and remained close friends.

At the age of 17, Jade started showing Aqua wrestling and told her that when she turned 18, she wanted to do this. Aqua originally said no, but then watched a few hentai matches on her own, she never told her parents this, but when she was watching an anime once, she saw a female slave who was shown in a very sexual light, and a lot of guys practically worshiping her. Since then, she always had the secret desire to be in that light. When Jade Joined on her 18th birthday, Aqua (who had turned 18 about a month earlier) Also joined.

Personality : Aqua is a shy naive girl who always see the best in people. She always wants to hear about peoples stories and when she feels comfortable around other people likes to tell them stories about herself and her role play.

Likes :
Video Games
Singing
Music
LARP
Tabletop games (Has not had the opportunity to do to many, but has enjoyed it when she did)
(Secret) Being spanked

Fun Facts:
Is trying to learn to cook in her little spare time
Want to one day design her own game
Is currently writing her own Anime.
Is in high school
Kind of likes pain (Secret)