Preferred Attacks: Smothers, embraces and face sits. Not to mention the use of wandering hands or lips.

Endurance:★★★ - Amelie's endurance is somewhat average for her scale; it is mostly the desire to push herself on in her matches that results in longevity.
Strength:★★★ - Again another asset imbued to her near purely through her size, Amelie will often woman-handle similar sized foes or lesser ones, but struggle otherwise.
Speed:★★ - Amelie rarely has to use what little speed she has, often relying on tempting her foe to her. Or catching her.
Defence:★★ - In sexual scenarios, Amelie will rarely offer resistance to her foe; curiosity is her greatest weakness.
Technique:★★ - Amelie has little need for technique or skill, relying near solely on her sexual skill for maximum effect.

Strikes:★ - Save for a push or slap, Amelie will next-to-never raise a hand to her foe with such intent.
Submissions:★★★ - Using her great curves, Amelie can be surprisingly effective at forcing her foe to a 'submissive' victory.
Powerhouse:★★★ - Loving nothing more than sexually controlling lesser sized or equal foes, Amelie will often have to find alternatives against bigger foes.
Aerials: - Amelie will simply never mount a turnbuckle or rope.
Counters:★★ - Lewd grinding and clever fingers often make the French Beauty surprising at times when attempting to control her.

Hanging Garden: Used on smaller foes, Amelie will begin by forcing her foe standing and then to face her; Amelie will then bend one of her foes arms up and behind her head in somewhat of a chickenwing hold. Wrapping her other arm around the neck of her foe, she will then proceed to squeeze, in a modified standing triangle. From there, Amelie will often hoist her foes up, often face first straight into her chest with their legs hanging somewhat aimlessly.

Sleeping Dragon: A move for equal or larger foes, Amelie will commence with applying somewhat of a standard grounded dragon sleeper, Amelie will often bring a hand forward, sometimes painfully groping her foe at first the chest, before perhaps sliding down their body, to work a more 'crude' hold.

Roux Trap: Forcing her foes standing and facing to face, Amelie will hoist her foes up, in somewhat typical bearhug fashion. She will then bend and squat somewhat, aiming to have her foes legs somewhat helplessly dangle over her sides, next to her waist. With one hand tightly keeping her foes body against her, she will then bring her hand up to her foes head; which given the bend of the often bigger woman, will be pushed straight into her huge chest. Whilst difficult to apply on equally sized or bigger foes, Amelie is not above trying this manoeuvre, especially given the somewhat gratifying results.

Roux Lock: Stood in front of her foe, Amelie will aim to push them to their knees, still maintaining a stand. Her arms wrapping under and up, locking in a somewhat reverse full nelson, Amelie will then lean in, her hefty chest serving as a huge pillow for her foes as she locks them in a adjusted smother, arms somewhat cranked to keep them restrained.

Past: Born of a typical upper class french family, Amelie had a upbringing common of girls her background. Educated in a all-girls private school, it wasn't until Amelie had finished education that she discovered a somewhat unnatural sex drive. Somewhat spontaneous encounters with sets of both women and men left her somewhat wanting, as she rarely had her fill from sexual partners who couldn't often live up to her expectations. She did discover a somewhat gratification from 'taking control' of her partners; her huge busty frame used in ways to leave her foes often completely empty. Her sexual side is often kept separate from her somewhat strict, old fashioned family and friends, who have next to no idea of the woman Amelie truly is.

Accomplishments:
None of note.

Rivals:
Ari Nagawa: Not a rival exactly, but one that Amelie was most certainly left thinking about for weeks to come following their fateful meeting.

Crushes:
Sig: Amelie's first pet, the French Beauty has not forgotten her. 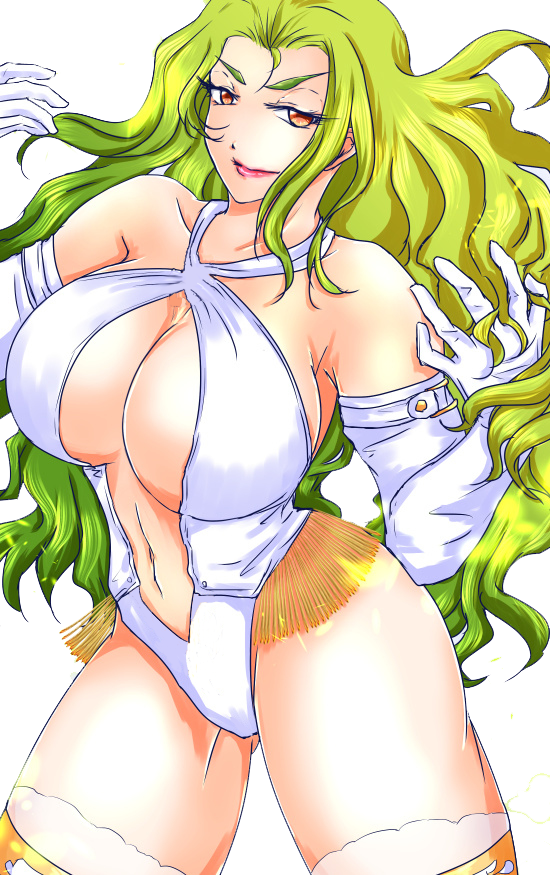 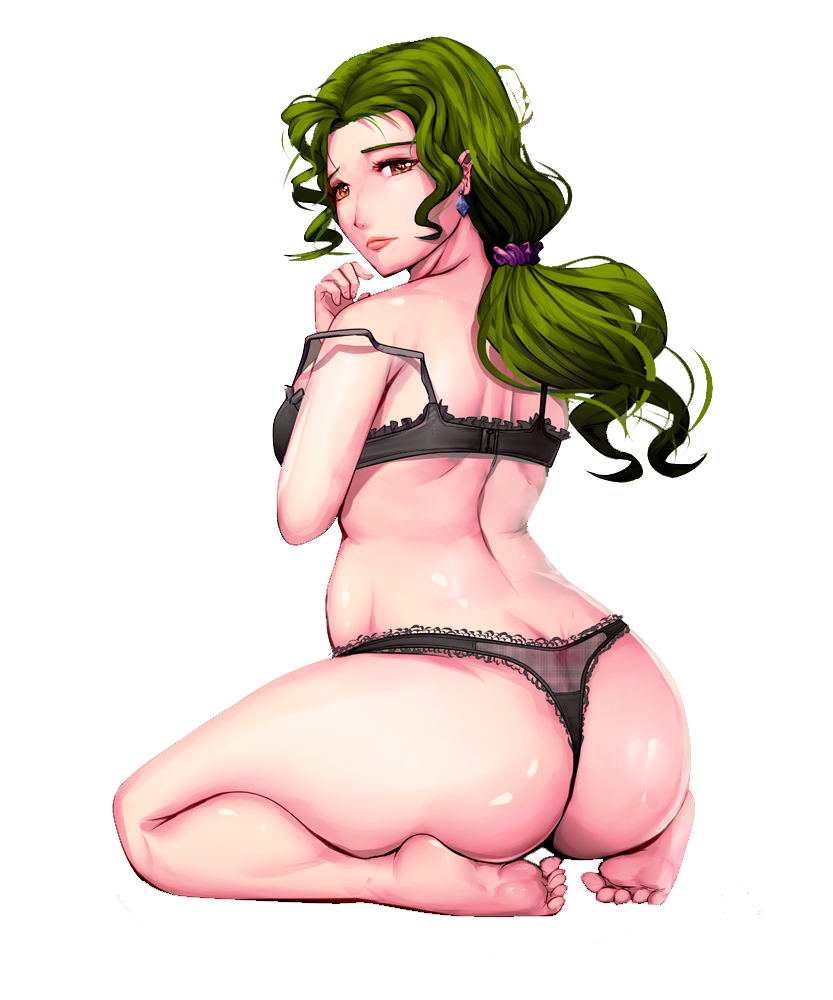 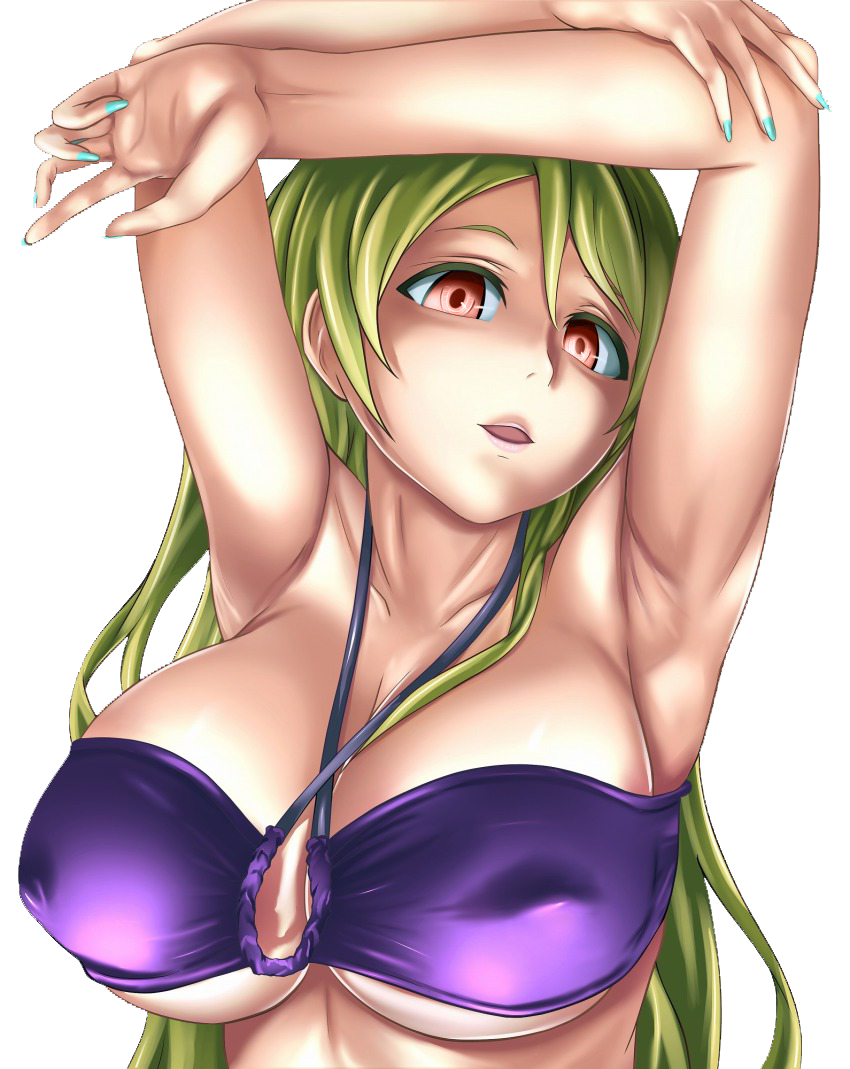 Chapter One
A Long Firm Touch