KNOCKOUT MATCH: Victory only achieved by KO'ing the opponent. 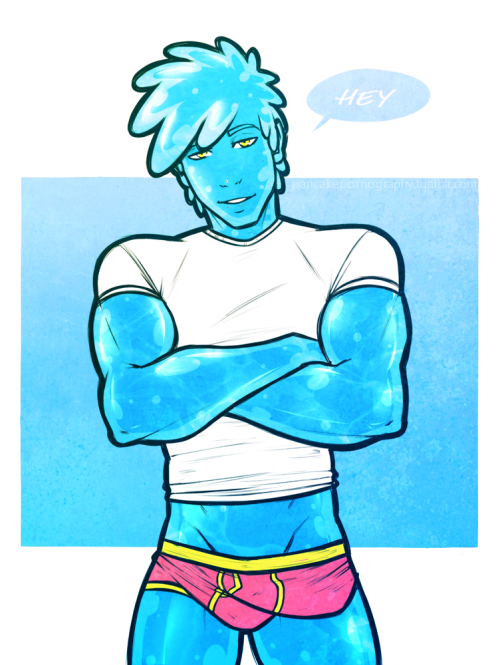 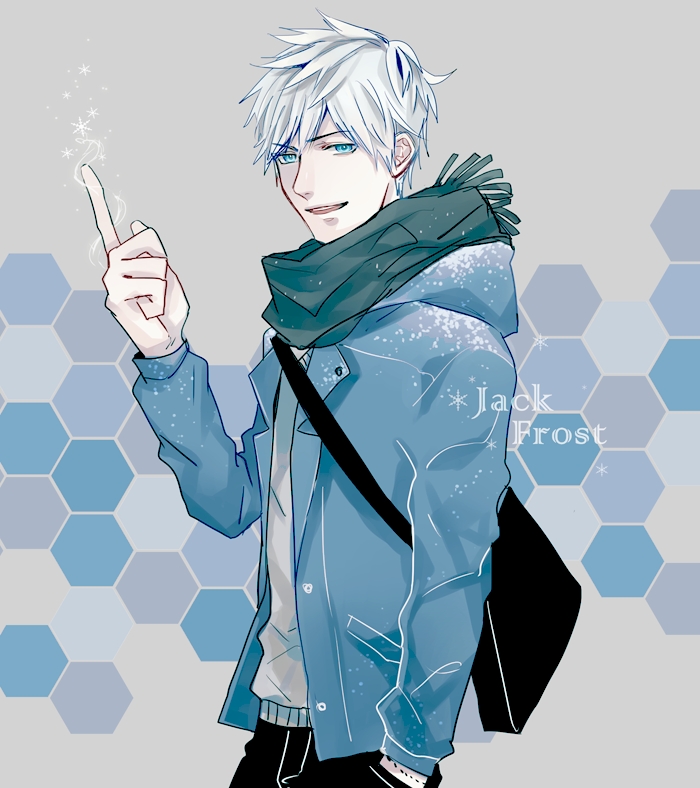 Setesh was pretty jazzed to be debuting in the FnF league this evening, wrestling had always been a favorite past time of his. Though he only really had experience against other slimes, he was assured that he would be encountering all kinds of other species here. That new thrill was essentially the thing that solidified his decision to sign up, and now here he was, ready to make his debut!

He shook his head and reminded himself he was already in the ring, eagerly awaiting his opponent. A winter spirit named Jack Frost, or so he was told. Elementals of any kind made him slightly apprehensive by reflex, but in the end they were just another challenge to face, and defeat!
_________________
My Characters
Tension
- Jean Richards
- Haru Fujiwara
- Jaguar
- S.E.M.E. (Mitsuru Satou, Hikaru Matsuoka, Ryuunosuke Tachibana)
- Kazuhiro Hawkins
- Rafael Vega
- The Oni
- Sage Cáceres (Manager)

At the sound of his own music, Jack flew into the ring, doing a few loop the loops for the crowd, dropping the occasional snowball here and there. After a few laps, the spirit landed lightly in front of the slime. It had only been a day or so since his run in with Sliker the Slime. Even now Jack could still feel the after effects of whatever the slime had force fed him. Needless to say Jack was still a bit hot and bothered even now. He was sure the effects would cease in another day or so, but for now, he would have to fight another good looking opponent while he was horny....this could only end in good.

Smiling, he went up to the slime with a hand out, "Pleasure to meet you man. I hope you're a bit nicer than the other slime around here. Well, you are better looking, that's for sure."

His natural flirty nature slipped out almost without effort. It wasn't even a lie. Setesh's figure was more muscle bound than Sliker's, and his form left little to the imagination.

Setesh grinned when the winter spirit introduced himself with a couple of flirts. As if to play along, Setesh absorbed some of the extra slime covering up his midsection, making his abs POP even more while he wiggled his brows.

"You're kind of cocky for a small fry. I like that" Setesh answered and shook the spirit's hand. If all his opponents were going to be cute and feisty, then he was definitely in for a treat. Setesh clapped Jack's shoulder and sauntered back towards his corner, making sure to stretch and move in little ways that would really make the light shine off his skin in dazzling ways.

Jack's sharp blue eyes caught sight of the more pronounced six pack, and tried to ignore the quick skip of his heart beat. Damn! Even now Sliker was finding new ways to screw him! Still, Setesh seemed nice enough, shaking Jack's hand and clapping him on the shoulder. Jack was dressed in a pair of blue wrestling shorts, so when Setesh's hand made contact with his skin, Jack could not hold back the odd shiver as the moist, smooth slime skin rubbed over his own cool skin.

When the pair broke away, Jack caught the way the light danced over the slime's form, and to be honest, it looked dazzling. Maybe he would need a closer inspection when he won this match!

"Save the bedroom talk for later hot stuff!" Jack smirked as the bell rang, darting in with his guard up. e would begin this fight with simple wrestling tactics to get a feel for the slime's style, then resort to his powers. Jack would duck low to throw a barrage of light punches to Setesh's tight abs to get an idea of what he was working with.
_________________
*sigh* Ok let me get the passcode.....all set, go on in!

Truth be told, Setesh was caught a bit off guard by Jack's speed, he was much faster than the slimes he was used to! The spirit's fists smacked into Setesh's inviting abs with audible semi-wet plops! The immediate area jiggled as the physical force was absorbed and dissipated through the surrounding slime, drastically reducing the effectiveness of the strikes.

"Whoa whoa whoa, is that all you've got? You're gonna have to hit a lot harder, comon Frosty, give these people a show!" Setesh taunted, shoving Jack away from him by the shoulders. With a grin he placed his hands behind his head and flexed his torso, completely leaving himself open to the enemy.

Teeth gritted in frustration, Jack managed to regain his balance after Setesh gave him a good shove backwards. Apparently the guy was stronger than Frost, but the spirit caught the look of surprise in the yellow eyes when he moved in. Setesh wasn't used to being slower...so Jack had a definite advantage.

What threw Jack off, however, was when the slime left himself completely open for an attack. 'So he's THAT confident?' Jack thought to himself, his body tensing up as he prepared to strike. Setesh wasn't moving anytime soon, so Jack needed to exploit this opportunity while it lasted. Using his flying to his advantage, Jack gave himself that extra push to shoot forward like a bullet, his fist sinking into Setesh's gut. Jack's mind was racing at this point. If the strikes did nothing now, he'd have to resort to his powers a lot sooner than he expected.
_________________
*sigh* Ok let me get the passcode.....all set, go on in!

Jack's gut punch sunk in deep to it's target, Setesh had left himself open after all. It was indeed a trap though and one that the spirit fell for, as his fist was engulfed further and snugly held inside Setesh's body. With a grin Setesh reached forward and wrapped his arms around the spirit's torso, bringing their chests together tightly in a bearhug. Setesh shivered slightly as he felt Jack's lower than normal body temperature against himself, that was definitely going to be a factor later on.

A gasp slipped out of Jack's lips as his had and forearm were stuck deep in the slime's body. He wrenched hard on his arm to free himself, but judging by Setesh's smirk and comment, Jack wasn't going anywhere fast.

He felt the slime lift him up in a crushing bearhug, and a painful cry was ripped out of the spirit. It didn't end there, as the slimy body became more and more solid, making the hold that much more effective. Jack struggled in his opponent's grasp, feeling the air slowly being squeezed from his lungs.

Setesh's biceps curled up as he squeezed Jack tighter and tighter against himself, drawing more pained gasps from the fighter with each passing moment. He could feel Jack trying to tug his arm free, but with each exertion Setesh's insides would swirl and jerk the arm back into position.

With the height advantage on his side, Setesh lifted Jack off his feet to prevent him from trying any escape methods that way. With the spirit trapped in his arms, he lined Jack's back up with one of the turnbuckles.

With each passing second, more and more air was squeezed from the spirit's lungs. Jack's head fell forward, resting against the Slime's smooth chest with his eyes partially open. He faintly felt the sensation of being swung around, before he felt Setesh running at full speed. Then Jack screamed in total agony when his spine was driven into the turnbuckle. The spirit's body went rigid for a moment, before going limp in the slime's massive, muscular arms. Jack, by some miracle, was still conscious at this point, but just barely, while he rested against his opponent's chest.
_________________
*sigh* Ok let me get the passcode.....all set, go on in!