Style: Shameless flirting
Strategy:
-Natsuki is well trained in karate, and if she was serious about defending herself she could put up a pretty good fight Unfortunately, when it comes to girls, she never serious, except about getting a date with them.  If faced against an even remotely cute girl, she goes full-on 'Prince Charming' mode and will flirt with them, even while she might be getting beat up.  She often times won't even try to defend herself, at least until she's taken a lot of damage.  Complementing that, Natsuki has a near zen-like level of composure, able to instantly restore her charming smile even after getting hit with a chair.  Of course, when she is actually fighting, Natsuki relies mostly on skillful striking attacks to disable her foes. 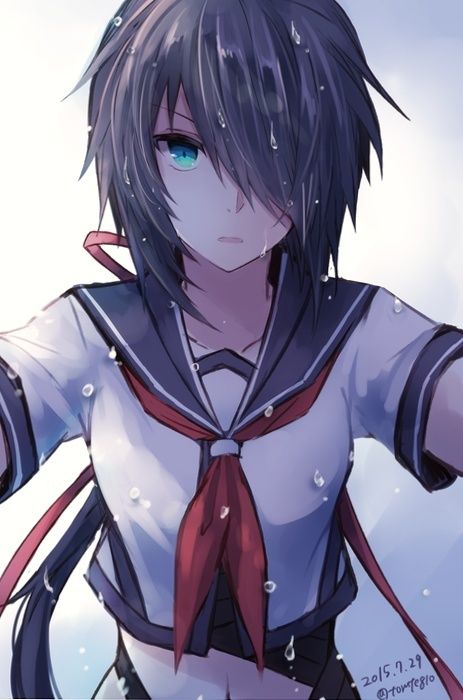 "Of course I sleep naked, how else would you sleep?" 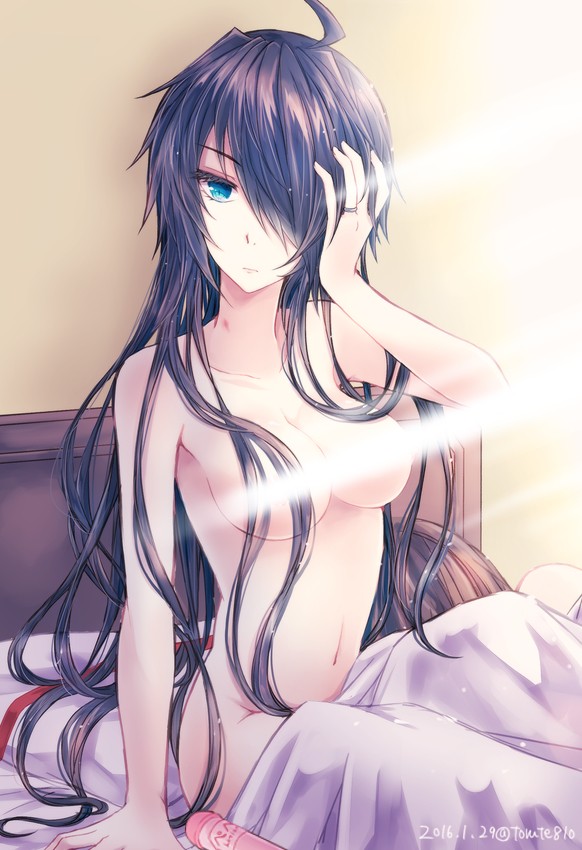 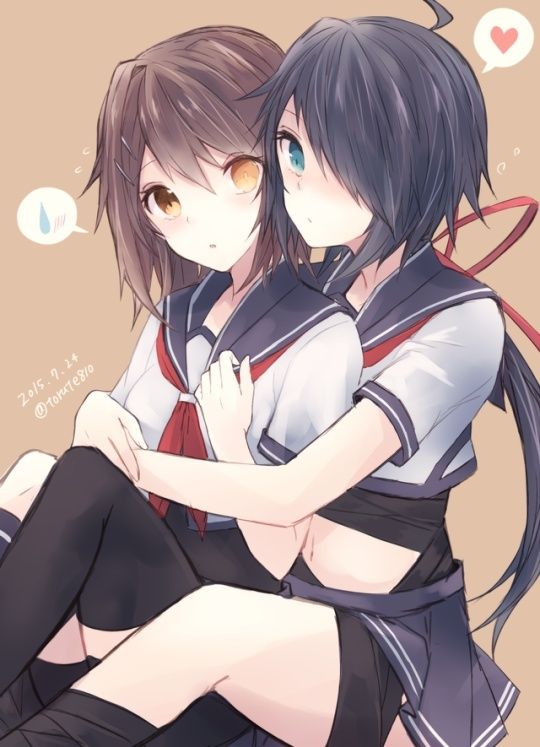 Personality:
Natsuki strove for ideal of being an ikemen, or a perfect guy, throughout high school, despite being a girl, and for the most part she achieved exactly that.  She's athletic, book smart, good-looking, and had a charisma that could make most other girls swoon.  A smooth talker and ever composed no matter what the situation, its almost as though she embodies a ideal of perfection.  Sans one glaring flaw where she flirts with every cute girl she passes by.  She's a pretty persistent girl too, as one, two, or maybe twenty rejections or so don't really discourage her.  Violent rejections actually tend to encourage her, as she believes it to be a tsundere response.  Needless to say, she's completely dense when it comes to matters of actual romance.

She is still pretty clever and a quick thinker in most other regards, though, and largely competent for the most part.  When it comes to regular matters, Natsuki's great at giving advice, as well a being a quick learner able to pick most things up pretty easily.  In particular, she has a very sharp eye for aesthetics, and is great at helping out with make-overs to look either cool or cute.

Past/History:
One fateful day, when Natsuki was about 13, she was accosted by some thugs in an alleyway on her way home from school.  Terrified, she instantly froze up, not knowing what to do, when a boy in a high school uniform suddenly appeared before her.  Though outnumbered three-to-one, he easily took the brunt of the delinquents attacks and was eventually able to dispatch them one by one.  Giving her a comforting smile, even with his busted up face, he escorted the shaken Natsuki all the way home.  She didn't get his name at the time, but his image was permanently inscribed into her heart.

Though she had few clues, as it turned out, that boy was pretty well recognized, partially for his academic accomplishments and being the star of the basketball club, and mostly for his cheesy 'Prince Charming' routine he laid on nearly every girl he met.  He was already a third-year, set to move away to college, but she spend the rest of that school year stalking him from afar, trying her best to remember as much of him as possible before he left.  Not even his blatant womanizing tendencies discouraged her, and she often daydreamed about being the one he was hitting on.

After he was gone, she still thought about him a lot, and over next two years, rather than develop a hallucinatory version of him, the memories imprinted themselves in a different way, and Natsuki would feel a drive to become like him instead.  She realized her infatuation had at some point turned into idolization, impressed at just about everything he was as a person.  By the time she entered high school, she had both impressive academic and athletic marks, a stark improvement from where she started middle school.  And, by that time, her emerging sexual bi-curiosity sort of triggered memories of the womanizing tendencies, which naturally 'inspired' her to copy as well.  Eventually, it wasn't just copying, those things had completely become her own personality.

However, she ended up being a bit less successful in most areas, on account of getting kicked out of almost every athletic team for her 'disruptive behavior', and her studies failing a bit due to her spending a lot of her free time on dates.  Which also was her one great success, as evidently the virtue of being another girl helped when it came to flirting, though it never led to anything serious.  With her now average marks, Natsuki was unable to make it into a good college, but with her well above average looks and charm, she easily made it into a modeling contract.  Though her habits did make trouble there as well, Natsuki still did some really good work, and she got along with all of her coworkers.

Unfortunately, after only two years, an economic downturn and poor accounting ended up hitting the company hard, and they were forced to close down and liquidate.  Natsuki was given a lot of offers, and met with many potential agents, however one came to her with a wildly different offer; the AFW.  Of course she knew of it, and of its nature, but for one thing, she was well-trained in karate and a capable fighter, and for another it was a place full of cute girls everywhere.  Succumbing to her less rational desires with no hesitation, Natsuki agreed and signed up on the spot.

Natsuki didn't like the idea of fighting cute girls on principle, but if it gave her a chance to get to know them, maybe it wouldn't be all that bad.  Maybe some of them were into that kinda stuff, but she had a pretty open mind, not to mention she was a bit accustomed to getting violently rejected for her perseverance and could take a beating.  The cognitive dissonance was screaming in her ears sure, but it was all for the sake of meeting cute girls.  Worth it, right?


Misc. Facts:
-Both her given name (Natsuki) and family name (Tsukino) contain the Kanji character for 'moon', and thus many have given her the nickname 'Tsukitsuki' (lit. Moonmoon)
-Also goes by 'Natsuki-chan', "Tsuki-tan', 'Natsu', among other things
-She's a flirt, but she keeps it classy.  Girls don't like a crude talker.


History:
Draw vs. Strawberry Meringue (Via frustrated referee)
_________________
SummoningProgram.exe
Select an entity to call forth.