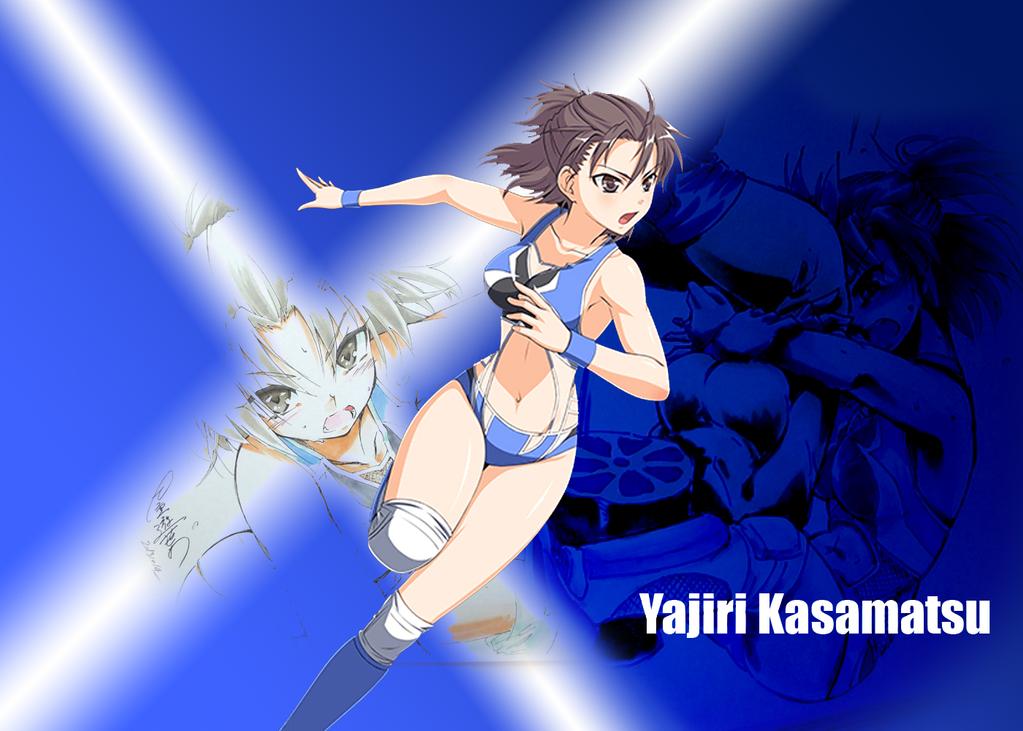 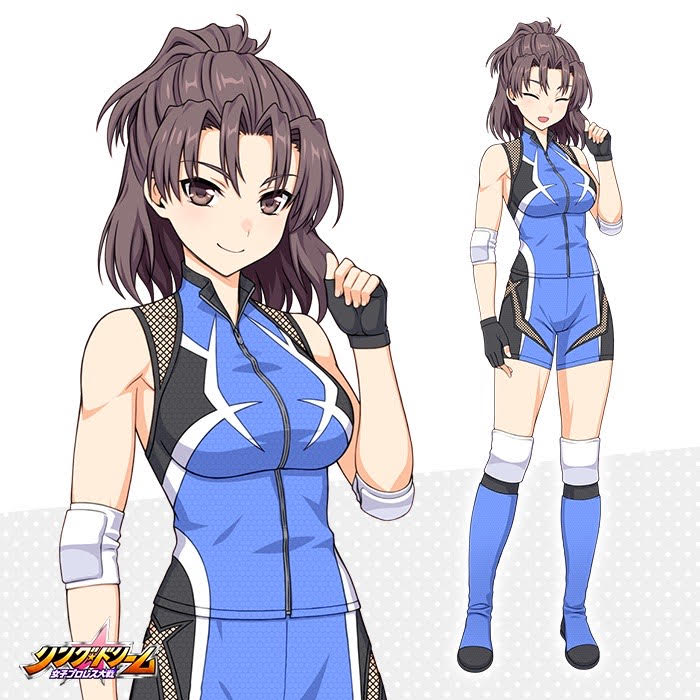 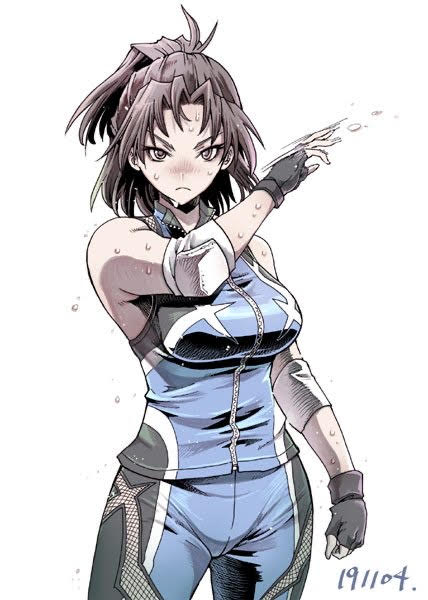 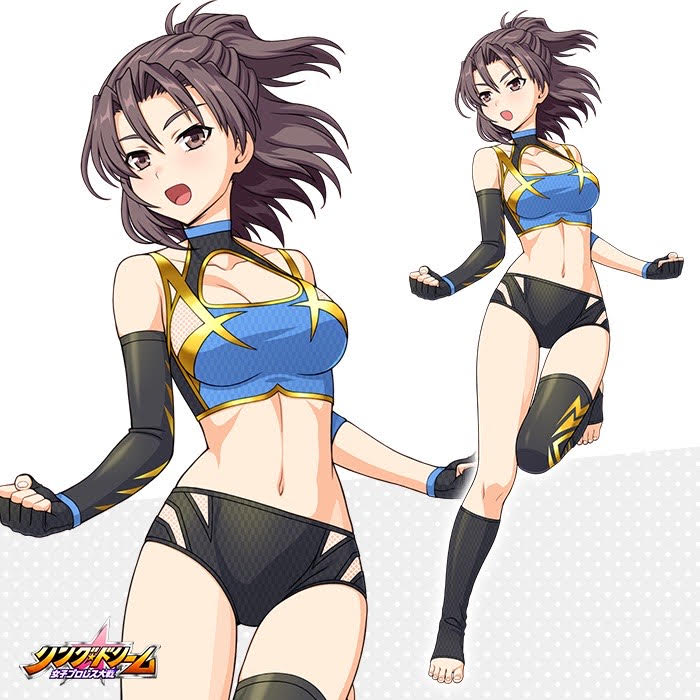 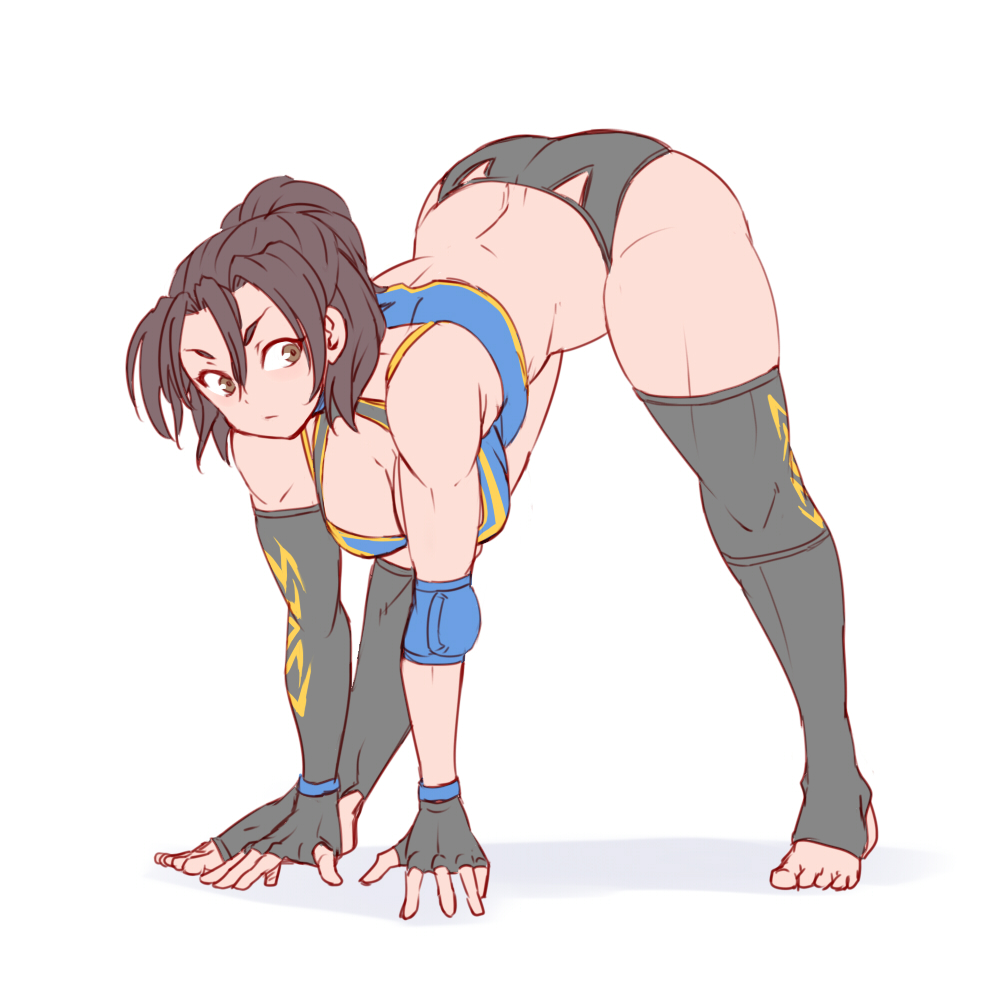 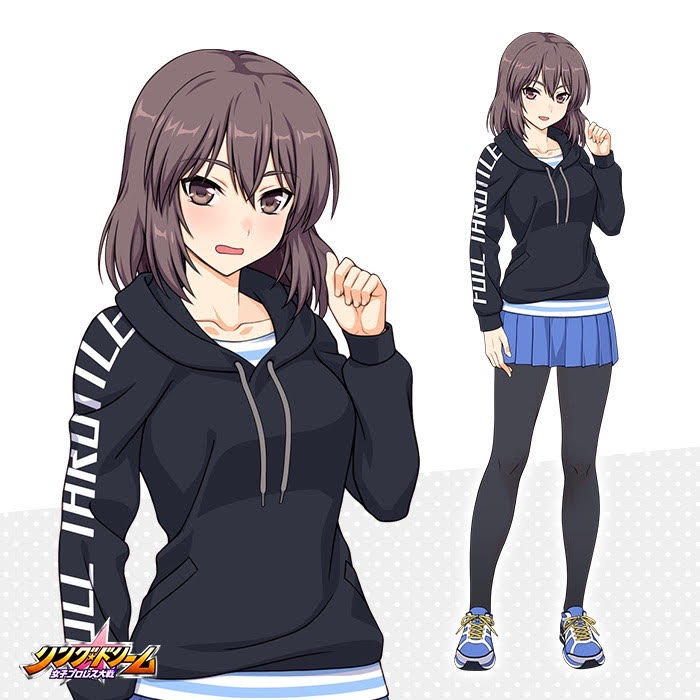 Strategy: While Yajiri’s skills are generally basic and developing, her grappling is by far her strongest asset. The holds and suplexes she employs usually aren’t very intricate or complicated, but her good technique maximizes their value. Yajiri can throw pretty strong kicks, but she tries to stick to her grappling as much as possible. Her gameplan is typically to wear the opponent down with holds and slams until she can work her way into one of her finishing moves.

Spoiler:
She's well-conditioned for a rookie.

Spoiler:
No power specialist by any means, but strong enough to suplex most people she wrestles.

Spoiler:
Has a good understanding of the basics helps her defend herself, with plenty of room to grow.

Spoiler:
Throws pretty decent kicks, but that's about it.

Spoiler:
Most of her holds are pretty basic, but she locks them in tight and with strong technique.

Spoiler:
Not her thing. Much prefers to stick with grappling.

Spoiler:
Good for her level, but she'll need to get better with these to pose much of a threat to more experienced opponents.

Ankle Lock: Yajiri locks her arms around the foot of a facedown opponent and twists it to apply excruciating pressure to the ankle.

Tiger Suplex: Standing behind the opponent, Yajiri hooks her arms around her opponent’s, locking them in place behind his/her back. Then she hoists them up and leans backward, slamming them down onto their head, neck and upper back, and holds them in place while bridging her body for an immediate pin attempt.

Backdrop Hold: Yajiri stands facing the side of a groggy opponent, wraps her arms around his/her waist, then hoist them up and backward to slam them onto their head, neck and upper back with a backdrop suplex. She keeps her arms locked in place after impact for an immediate pin attempt and twists her body to lean against her foe for better leverage on the pin.

Liontamer: A high-angled boston crab, which she usually does while placing a foot or knee against the back of the opponent’s head to anchor him/her in place. (Often her opponents try to counter her Ankle Lock by rolling onto their back and kicking at her, in which case she simply catches both legs and immediately transitions into the Liontamer.)

Personality: Yajiri’s not necessarily shy, but tends to be quiet, reserved and soft spoken. She’s polite, patient, and usually slow to anger. She’s a very hard worker; dedicated and determined to meet any goal she sets for herself. Yajiri is all for making friends, but she’s very independent, and doesn’t like accepting help for things she feels responsible for doing on her own, especially when it comes to her training. She also tends to be more serious than she needs to be, and getting her to lighten up or laugh can be a difficult task. Despite this, Yajiri can be surprisingly sentimental at times.

Past/History: Born in Osaka, Yajiri was raised by a mother who had enjoyed a brief career in wrestling before an injury forced her to retire early. Yajiri was introduced to wrestling at an early age and quickly took interest. She began wrestling at age six, and continued through high school, where she led her school to a regional championship her senior year. But despite the leadership she displayed with her team, she was very quiet and reserved in school. As a result, she had some trouble making friends. But, that helped her keep time open in her schedule to prepare to take on her dream of becoming a professional wrestler like her mother.

One of the few things Yajiri enjoyed as much as wrestling itself was watching it. In her last couple years of high school, she soon found herself closely following the Amazon, Alaina Sanders in AFW. Yajiri could see how bad Alaina had wanted to prove her worth as a wrestler, though time after time the Amazon seemed to be confronted by obstacles that kept her down. But no matter what happened, Alaina always eventually came back from it stronger than ever. Her story was incredibly inspiring to Yajiri, and it motivated her to keep training as hard as she could as she started wrestling in small indie leagues throughout Japan after graduating.

Not long after Yajiri graduated high school, Alaina made a special appearance for a meet & greet with fans in Osaka. Naturally, Yajiri was one of the first in line. She was too starstruck to say much to her favorite wrestler, but did confess how much she looked up to Alaina and aspired to also become a wrestler for AFW someday. The picture she took with Alaina as well as the 8x10 photograph of her Yajiri had her autograph were both framed and hung up on her wall, but something much more significant came months after: an AFW tryout camp! This was a time of breakthrough for both Yajiri and her favorite wrestler. Alaina finally captured the Entropy Championship in a heated battle at Avalanche, and Yajiri was signed to an AFW contract. Young as she was, Yajiri knew she was only taking her first steps on what was sure to be a long journey, but she was excited to see where the road would take her.

- She loves Japanese pop and rock music, and listens to very little else. She can’t stand rap, and will literally cover her ears any time she hears it.

- Yajiri adores cats. Her family owns one named Jiji after the talking cat from the animated movie, Kiki’s Delivery Service. Jiji lives with her parents at their home in Osaka. She wants to get another cat soon, one that would live with her away from home.

- Yajiri’s family is descended from a samurai who gave his life defending his daimyo from an assassin. The samurai’s selfless sacrifice was never made famous through the history books, but his story has been passed down to each generation since to keep his memory alive. Yajiri looks up to him as a model of loyalty and dedication.

- A fan once gifted Yajiri with a copy of her own trading card, which she didn’t even know the company had even made. She’s very proud of it, and thinks of it as a constant sign of encouragement. 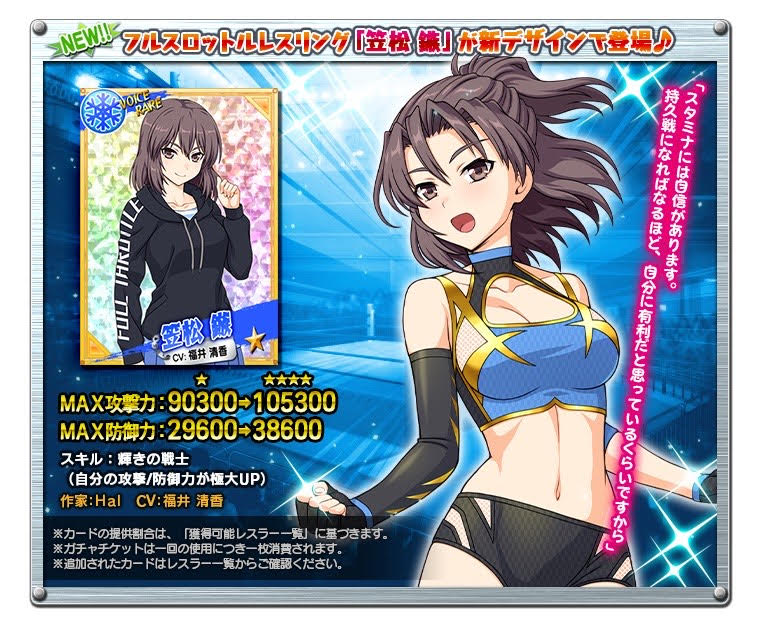