» Bethany Maroza vs Kazuma Satou - A lucky performance!
by Deus001 Yesterday at 6:29 pm

» Double Debut! JJ vs. Pantha
by kerflubble Yesterday at 4:37 pm

Belle had sent the flurry of texts to Clyde about an hour ago and now it was 11:45 and Bell had been casually waiting for Clyde to arrive. She hadn't messaged him since the party where she had gotten into a fight with Kozue and didn't exactly put her best foot forward. Still, she was pretty sure that Clyde would accept the offer, especially considering she had already paid for almost everything except for food. 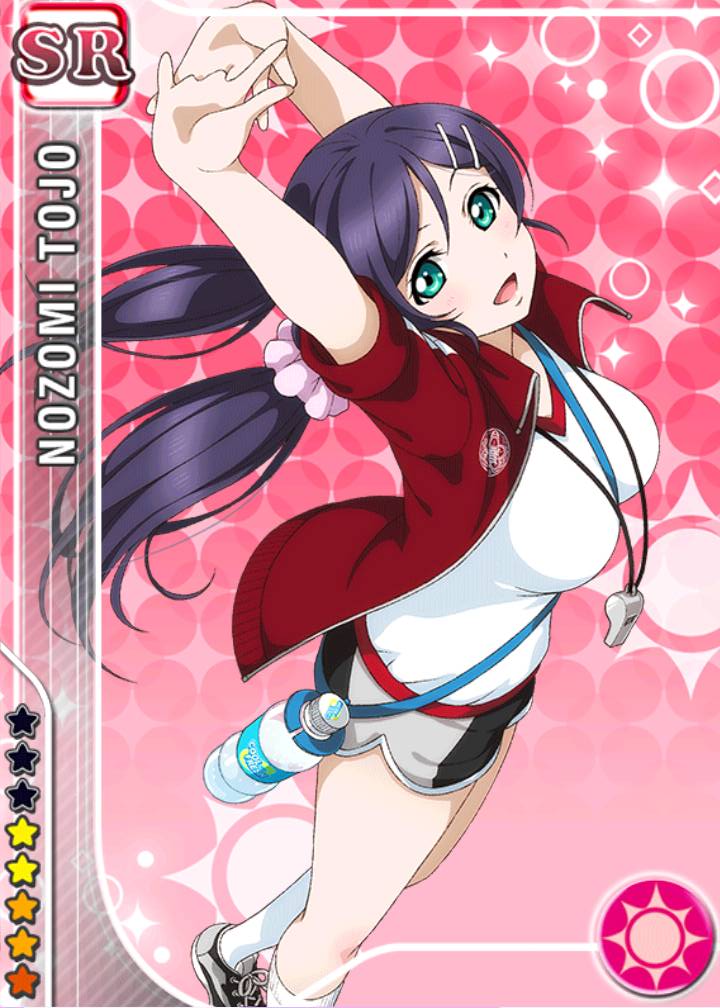 She sat on a bench, watching people while she drank a sour juice she got from one of the vending machines. She checked her hip pack to make sure she still had everything. Movie tickets and the order slip to pick up Clyde's gift. Some extra cash?

Everything was good and it would be great as long as Clyde showed up. She sat, quietly humming as she waited, enjoying the Japanese summer sun.
_________________
Ask for a name change at your own risk!

Clyde was sitting at home, dealing with fallout of everything but also trying to find things to take Her off his mind. Training, watching movies, whatever. He felt he should be happy since he was The world champion instead he just felt bitter, stupid, and heartbroken. But the last thing he was going to do was sit around and sulk. A champion couldn't afford to be that way.

Suddenly though, his phone went off and the first thing Clyde wondered was how exactly Belle B. Barker got his number.

He had second thoughts at first, especially with how Belle treated his friend, Ninjette but the girls seemed to have squashed that. Still, Clyde felt apathetic and an excuse to leave the house was all he needed. A long day out with a pretty girl didnt' sound bat at all.

Maybe this was just part of moving on.

Clyde slipped on a pair of slim blue jeans, brown cowboy boots and a dark red polo before making his way to Kyoto's shopping district, arriving just in time to see Belle sitting there, drinking something and wearing a top that looked ready to burst, just like the one at the party the other night. He supposed when he wasn't mad at her for being naughty, she was quite the hottie.

Belle popped up when she saw Clyde, letting her tits bounce in her tight fitting top. Her smile was huge and she raced over to Clyde.

"Hooowdy, Clyde!" Belle chirped. "You too, of course! Heh. Heh." Belle giggled. "Thanks fer meetin me here! I'm glad ya didn't forget about what I said at yer party. I know it was kinda hectic..." Belle said the last part sheepishly and quickly tried to change the subject.

"Sooo, I was thinkin we could do some shoppin, have some lunch'n go see the movie. We should have enough time ta go to the package place'n pick up yer other gift! Then we can go back ta yer place'n take care'a it. Whatcha say?"
_________________
Ask for a name change at your own risk!

"God, what a babe. If only she could stop hitting everyone with her finisher for no reason." Thought Clyde as the beautiful sooner rushed over to him.

"It's fine..." Clyde muttered, having put the party behind him. "You seemed pretty busy last night too." He added with a bit of a smirk before hearing exactly what Belle had planned. Clyde's eyes widened a bit, it all sounded like a date! But more importantly, what in the world had she gotten him!?!?

"S-Shoppin...?" Clyde said with a flexed brow. What on earth did she expect him to buy her!? Oh well.

Belle smirked at Clyde's words. "Wellll, I didn't wanna ruin yer party and, uhh, maybe I thought you might like the idea of two babes fightin in the mud?" Belle frowned. It sounded better in her head. "I guess not..." She added sheepishly. "It's too bad, though. We've still got some things ta work out..."

Belle grinned at Clyde and then slipped her arm around his. "Mm! Anywhere ya want! I don't know if ya been here too much. I know I ain't so I'm kinda itchin ta look around."

"Hey I like mud wrestlin' as much as the next guy! But a guy's gotta keep the peace at his parties for the guests ya know?" Clyde mused. "Things ta' work out?" He questioned before Belle suddenly slipped her arm around his, earning a small blush from the cowboy at first before he rolled his eyes and smiled.

"Been here a couple times." Clyde mused, honestly wondering what in the world Belle could have gotten him. Hopefully nothing expensive.

"Now you're makin' me curious." He said before walking with her towards a video game shop. "Let's go here! Ya like shooters?" Clyde asked as he walked with Belle.
_________________
Friction: Kelly Conway Zipporah Amos Boudreaux "THE Cyclops"  Bonnie Gastin Andrea Umlaut White Mamba  Trixie Lasek

"Heh Heh... yeaah. We're gonna have a match in the ring. Finish what we couldn't at the party, ya know?" Belle winked at Clyde. "You should watch it. It'll be pretty great! She's an angry gal, though. She's gonna have a heart attack if she don't loosen up!" Belle laughed and nodded to Clyde.

"I hope the anticipation ain't too much! Ye'r gonna make me feel dumb if I can't live up to yer expectations." Belle pouted cutely and let herself get tugged over to the game shop.

With her free hand, she made a gun! "I'm pretty good with a six shooter! Least my Pa taught me right enough!" She mused and fired a few imaginary bullets from her finger. "But vidya games? Not so much." Belle frowned. "Fraid O don't pley them too much, but if you like em, I'll haveta give em a shot!" She said eagerly. '"My hand eye coordination's purdy good! Is that yer favorite kinda game?" Belle asked, curious to learn more about the man she was infatuated with.
_________________
Ask for a name change at your own risk!

"You and Ninjette huh?" Clyde asked before huffing in amusement. "Sure. I'll watch." That actually seemed like a good match. He would then grin at Belle as she talked about his expectations and pouted cutely.

Clyde had to laugh. "Oh I'm just dyin' ta' see y'all tangle!" Clyde mused before before the entered the very loud and bright gameshop where lots of RPGs where being shown off, many showcasing their scantily clad but very young looking female heroines. Clyde was actually SURPRISED to find a first person shooter on display.

"Ya? Yer paw a cowboy?" Clyde asked, honestly wondering if that explained her infatuation with him as he took Belle over to the game display. At the same time though, he was pretty impressed Belle knew how to use a revolver. That was actually pretty sexy.

"Yeah I love shooters and sports games! I play this stuff and Baseball and Football games all the time!" Said Clyde as he bought Belle to the game display of a certain military FPS that involved the British SAS invading Mexico to fight the cartel after they obtained a nuclear warhead. For some reason.

"Oh so they made a sequel? It's only been six months." Clyde said. "Why don't ya give it a try, Belle? It ain't hard." He could never get Mercy to play these sort of games.
_________________
Friction: Kelly Conway Zipporah Amos Boudreaux "THE Cyclops"  Bonnie Gastin Andrea Umlaut White Mamba  Trixie Lasek

"Of course!" Belle chirped. "All that cow print ain't fer show! I ain't some city slicker who bought a hat and put on an accent! I learned how ta milk a cow before I learned ta crawl! Pa taught me ta fire a gun so I could pop snakes'n scare coyot's."

Belle looked quizzically at the controller when Clyde asked her to try it. She gripped it and pushed all the buttons until the game finally unpaused and sprung to life.

"Oh!" Belle sluggishly moved her guy around and fired errantly at anything that twitched. "Dang it! I ain't even knickin anyone!" She cursed as she died for about the dozenth time in as many seconds.
_________________
Ask for a name change at your own risk!

"Not much cow print ta' see..." Clyde muttered quietly as he thought of Belle's skimpy ring attire. "Heh! You're prolly more cowboy than me! Never was much of a farmer." Clyde mused, being more of a farm-hand than an actual farmer.

He then watched Belle grab the controller with glee, snickering as she watched her special ops seal commando ranger guy get gunned down.

Said a dirty Cartel member covered in tattoos, his eyes covered by a bandanna. Biting down on a grenade pin before throwing it at Belle's character and once agian blowing the poor solider into peices were his limbs would be scattered all over the steps of the Lincoln memorial.

Said the British Operator who was clearly portrayed by an American Voice actor.

Clyde chuckled behind Belle seeing her fire like crazy and then get blown away to a GAME OVER. "He sure got you!" Exclaimed the cowboy as he loomed over Belle's shoulder and give her a breif pat as something crossed his mind, enough to make him flush a bit at the idea of mentioning it at first.