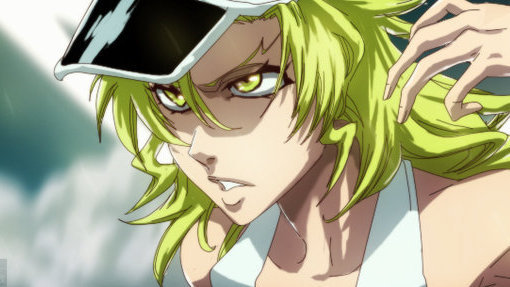 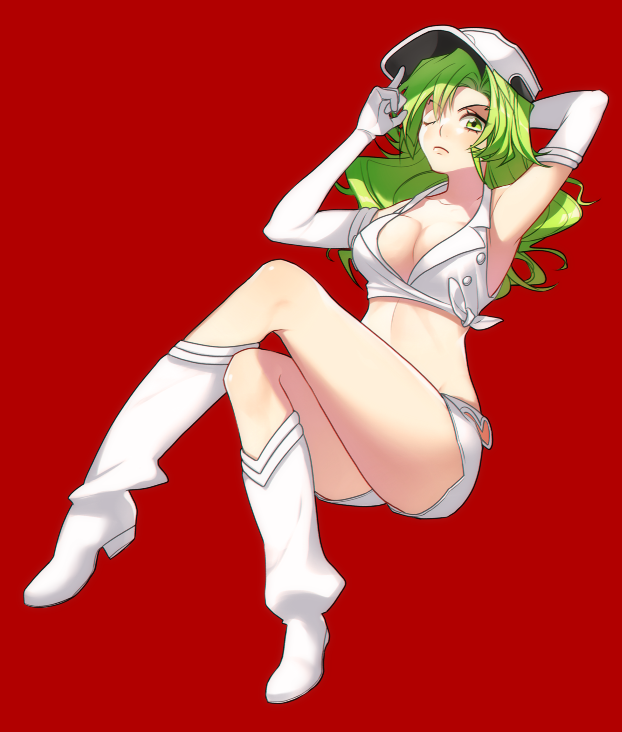 Strategy: She’s a rough, scrappy brawler. Or at least, she tries to be. There’s virtually no finesse to her techniques. Candice operates under the delusion that if she just keeps swinging her fists at her opponent she’ll eventually find her mark. So her offense mainly consists of throwing wild and poorly calculated strikes. She also tends to resort to cheap, rule-breaking tactics when things don’t go her way. When the opportunity comes, she does like to try to humiliate her opponent in any way possible. However, she tends to be the one on the receiving of that.

Spoiler:
Maybe her most admirable trait. She can take some damage and doesn't know when to quit.

Spoiler:
Nothing spectacular, but she's a bit stronger than she looks.

Spoiler:
Not the fastest by any means, but fairly quick.

Spoiler:
What little time she doesn't spend getting thrown around is usually spent throwing wild punches and kicks.

Spoiler:
They're not pretty, but can throw some decent punches and kicks.

Spoiler:
What few holds she can properly apply are very basic, but it's better than nothing.

Spoiler:
Capable of suplexing people around her size, but rarely goes for power moves.

Spoiler:
May attempt a top rope dive if she's desperate enough, but that's it.

Spoiler:
Often limited to kicking and flailing about when trapped in holds, but is just scrappy and resilient enough that it sometimes buys her a bit of time.

Signature Moves: None yet

Finishing Moves: None yet

Personality: Candice is a brat. She has respect for no one other than herself, and acts like a total bitch to virtually everyone else regardless of whether they’ve done anything to deserve it or not. She’s fearless, or at least seems to be, and tends to say whatever comes to mind without considering the consequences. But her bark is far worse than her bite, and Candice’s mouth has gotten her into more trouble than she could handle on countless occasions, wrestling-related and otherwise. Despite this, she rarely seems to learn from her mistakes. It’s hard to say how much of that is resilience and how much is just stubbornness, or even stupidity.

Past/History: Candice Brooks is a living example of what can go wrong when parents don’t put any effort into raising their children. Her parents were average nobodies with ordinary full time jobs, and they hardly ever paid any attention to their only daughter. Candice wasn’t abused, but she was severely neglected. As a result, she frequently acted out in the most extreme ways she could think of just to get attention. The older she got, the worse her attitude became. As a teen she was reckless, constantly starting fights and getting arrested for various acts of vandalism. She dyed her hair green and wore revealing clothing, and refused to show respect to anyone regardless of age or social status. That only made her parents resent her and distance themselves from her even further. Counseling was attempted once, though only thanks to a court order, and that ended up being a colossal failure too.

The day she turned 18 Candice eagerly left home and decided to get as far away from there as possible to start a new life where she’d never have to deal with her worthless family again. That ended up being Japan. Her parents gladly paid for her one way ticket. Once she’d settled in her new apartment, she set out looking for a job, and quickly found that that was a difficult thing to do in Tokyo when you don’t speak more than a word or two of Japanese. But her unusual look and knack for getting into fights eventually landed her in a small wrestling promotion. Her win-loss record was well below average, but she finally had a way to fight to her heart’s content without consequence, so that was fine with her. There she stayed for two years, until finally she grew tired of things there. One day she marched right into AFW headquarters to demand a contract. Maybe someone appreciated how bold she was, or perhaps they realized she was a dog with more bark than bite, but somewhat to her surprise she quickly found herself signing her name on the dotted line. Becoming an official roster member in the “big leagues” inflated Candice’s ego more than ever, and she was eager, if unprepared, to take on the challenges that awaited her here.

- She loves watching game shows and crime dramas. Aside from those, there isn’t much on TV she cares about.

- Before her first wrestling match, Candice had never even seen one before in her entire life. She even had to gradually learn the rules through her matches.

- Her hair is naturally blonde.