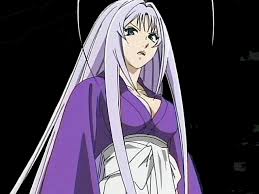 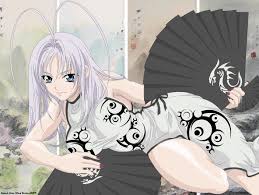 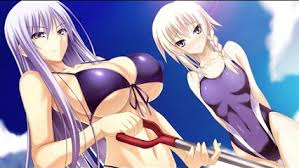 Finishing Moves: Pain Breaker.
Mayumi first puts her opponent in a terrible torture rack for a while before she lifts them up and slams their back onto her knee.


Personality: Very mischevious. Mayumi is a person who causes trouble for others for fun. While she means well, she tends to go overboard with her idea of fun. That said, she is a good person and easy to get along with, as she's very frank. And tends to say what's on her mind. Though she does know when to back down and takes the time to know someone before saying something.
She doesn't like to be responsible for other people as she thinks she can't handle them.


Past/History: Mayumi was born into a well to do family with many siblings. Since young she always had the luxary to do as she liked. However all this changed one day when her father fell ill by coming into contact with a rare disease. His life span was greatly reduced, leaving him with only a few years to live. Her younger siblings were originally meant to inherit the business, however they were too young to do so legally, the responsibilities fell to her to hold onto the company until they were ready.

Not wanting to burden Mayumi with his troubles, her father allowed the luxuary to do as she saw fit until he passes away. Mayumi knows she would not moan for him but take up his request. She joins the AFW looking for new thrills and experiences, seeing that a chance like this might not come up in the future, she decides to enjoy it while she can.

Funny Facts : Mayumi is an impressive artist, but with a childish sense of humour at times. She would bully people or take advantage of them when given the chance. Don't ever show a weakness like sleep, or the next moment you'll find yourself burried up to your neck in water or sand.
Also becareful what you say to her, she can misinterprete words on purpose to trick other people into making a fool of themselves.