» Aoko Reinhardt vs Aphrodite: Start of Something New?
by SimplyMoon Today at 1:47 pm

» Unfinished Business: Kogeki, The Demon Yokozuna vs. Aphrodite, The Love of the World
by SimplyMoon Today at 12:39 pm

Finishing Moves:
Burning Bullet: Once she sees a dazed opponent, she would kick their legs, forcing them onto onto their knees. If she could do that, she would launch a sharp kick straight into their face. 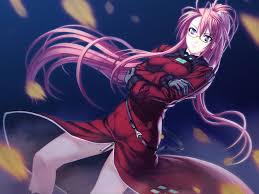 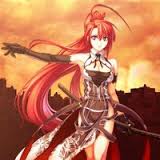 Personality: Ignis is hot headed and adventerous. However she has little socializing skills, this causes her to often offend people without realizing it. The girl is a nice person, however many people can't seem to put up with her for her habit of not shutting up and offending people without realizing it.
The only people who accept her is her younger sister Ignia and a few others. She values her memory of her mother very much and doesn't take kindly to people mocking her.


Past/History: Ignis was born into a family of Japanese and European. When young, she lived without her father due to his business nature which often made him travel overseas. So she grew up looking up to her mother.
Her mother worked in the army as a high ranking official. As it was rare for woman to receive such a high position, she was well respected. However one day, her mother came down with cancer and eventually passed away after some time. Her last wishes was for Ignis and her sister to live with their father, since they didn't have any cousins to look after them.

Though reluctant, she complied with it as it was her final wishes. Naturally their relationship was far from perfect. She often rebelled against his wishes. Her decision to join the AFW was ultimately an act of rebellion against him and to vent her frustrations and sorrow away.