The Ace of Berserk

The Ace of Berserk

"*huff*huff* One...two....three....one....two...three....*huff*huff* Misaki panted out, with sweat glistening off her body as she was on one of the training mats, doing her regular sit up exercises. With Berkerk life keeping her busy, she wasn't usually around the AFW Friction gyms but she was still committed to being a part-timer in the AFW and loved to stop by and train here, even wrestling some of the famous wrestlers from all around the world. Still, it was a tough ask for the Berserk Ace but she was up for the challenge. With her set done, she sat up on her butt, grabbing a towel to wipe the sweat off her forehead. A bottle of water was set up right next to the mats she was on, she grabbed it and opened the cap,quickly drinking it to cool off. 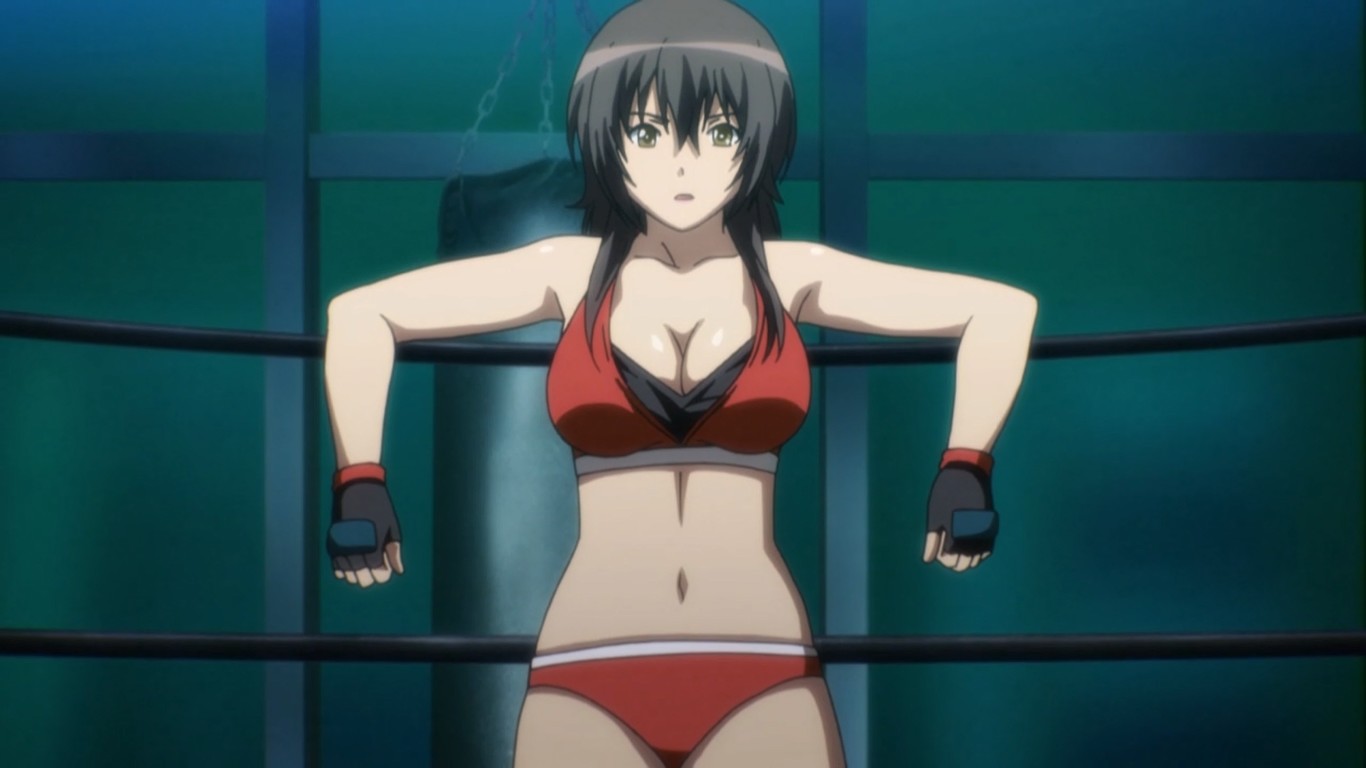 She was in her training gear, which was alot less bright than her pink custom wrestling outfit but she still didn't mind. She was wearing a ruby red sports bra with wrestling briefs and black fingerless gloves while staying bearfoot. "Phew, well that was a good workout, geez...I need to step it up and keep it with the ladies around here"she said under her own breath as she got back up to her feet, folding the mats up and kept them in place. She was a champion in the Berserk league but here she met alot of tougher competition and she was eager to test her skills against the best
_________________
Tension: 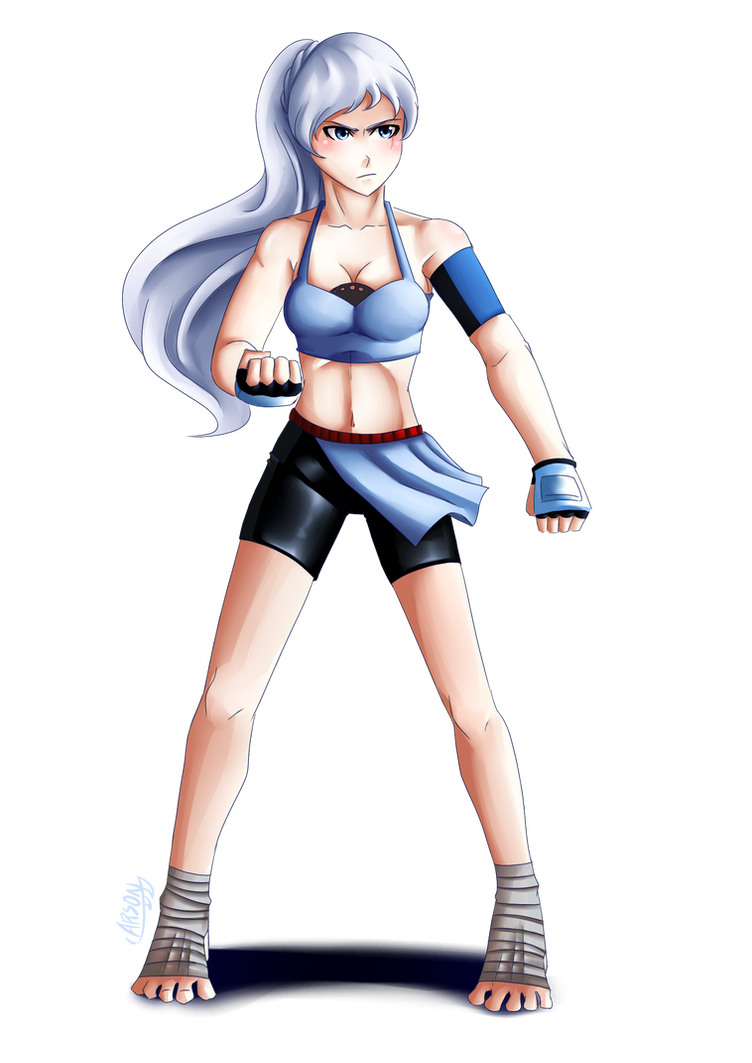 Yuki had taken a break since her last fight in the Friction gym. Needless to say life had been keeping her busy and with her personal life getting hectic, it was rare that she ended up being in the gym for a proper workout. Yet here she was, dressed in her usual mma gear she wore in the ring. Looking around, she tried to find any available workout gear that she could use, and that's when her eyes landed on Misaki.

The snowdrop''s blue eyes widened iin pure shock THE Misaki Toyoda from Bezerk was here? Yuki used to watch her matches when in her old league and was a huge fan. She also developed a bit of a crush on the Bezerk Ace in the past, but that was neither here nor there.

Walking up to Misaki, Yuki tried to calm her nerves as she spoke, "Are you Misaki Toyoda? Oh my gosh! I loved your matches in Bezerk! I had no idea you were part of AFW! My name is Yuki Nakamura, I'm a wrestler here in Friction!"

Misaki was about to pack up and hit the showers, she put the mat away and moved back towards one of the wooden benches where her gym bag was, she zipped it open and put the empty water bottle in it while taking out a hairtie to tie her hair back in ponytail, while she was doing so she heard a rather unfamiliar figure and voice creep up behind her, talking in a rather nervous voice.

Misaki looked back to find a beautiful white haired women. Misaki gave her a warm smile as she mentioned her name and matches. "Oh hello there, yeah I am Misaki- thank you for your kind words....um...Yuki! oh- that's great, nice to meet another wrestler around here" she said, accepting her handshake as the two greeted.

"Haha well I may be something special in Berserk but I haven't earned any fame here- I refuse to use my Berserk fame here, right now Im a rookie here, so I should be honoured to meet you"she smiled
_________________
Tension:

Yuki was amazed at how humble Misaki was, refusing to use her status in Bezerk to elevate herself above wrestlers like Yuki and the rest. But she knew Misaki was talented in her own right, having seen quite a few of her matches.

At her rookie comment the snowdrop could only giggle, "You are far from a rookie in my eyes Misaki. You got plenty of moves that would put other wrestlers to shame!"

Her nerves seemed to subside seeing how calm the Bezerk Ace was like, and Yuki found herself sinking into a natural conversation with her even though they had just met!

Misaki knew she had a good name in Berserk, heck she was champion there but she would never use her status there to establish herself here. Alot of the wrestlers she met here already knew who she was, which was embarrassing for her because usually someone who came to the AFW was relatively unknown. However she came with a big name and that meant she had to live up to everyone's expectation.

"Aww thanks Yuki, I appreciate your words" Misaki smiled back, patting her on the shoulder.

She then put a finger under her chin, tapping her foot on the floor as she paused for a second. "Weellll not so much that, Im more here to prove to myself that I'm not just a good wrestler in my own league, AFW is far more diverse, I want to test myself against the best of the best.....I want to see how good I am" she said in a serious tone.
_________________
Tension:

Yuki nodded in agreement, " Can't argue with you there Misaki. It's hard enough as it is with big shots picking on all the new girls like us here."

At her new friend's comments, Yuki blushed a bit, "Well, I'm far from being the best, but I'm not that bad if you ever want to spar with me. At least I'm better than some of the other girls here. I heard about your match with Cecelia a while back. Awful way she treated you."

Misaki smiled as Yuki seemed to agree with her. "Mhm that's right. There's alot of hidden talent out there, who know's which gem might pop out and I'm ready to test my self against the best of the lot" she said in a confident tone.

Misaki then sighed, taking a deep breath to compose herself after hearing that name. "Well....yeah...HER, I mean- she's a pretty good wrestler but she's just weird around me. She's got some problems with me, I don't mind it though, I'm willing to stand up against her, we'll see what she can do. She wont break me" She quickly shook her head to get that angry feeling out of her head before calming herself down.

Misaki nodded at that thought "Hey, yeah ofc. I'm always looking for new challenges and I think we could have a good match for sure" she said, extending her hand for a handshake.
_________________
Tension:

Yuki was practically over the moon at this point! She was gonna wrestle THE Misaki Toyoda!!! Wow!

Misaki noticed her opponent being rather happy when she suggested that match, perhaps she underestimated the fact how famous she was in the AFW. After the handshake, she looked over towards the ring.

"Sounds good to me." Yuki replied, sliding smoothly into the ring, "as for stakes......loser buys the drinks? Sounds simple enough."