Preferred Matches: Whatever she stumbles into 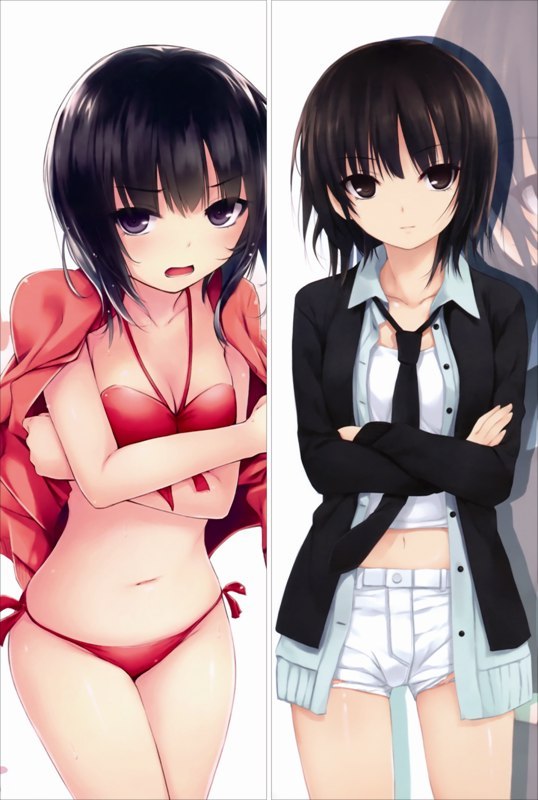 Eri's standard attire (on the right... on the left was an incident where she wandered into an office building, thinking she was going to the beach). 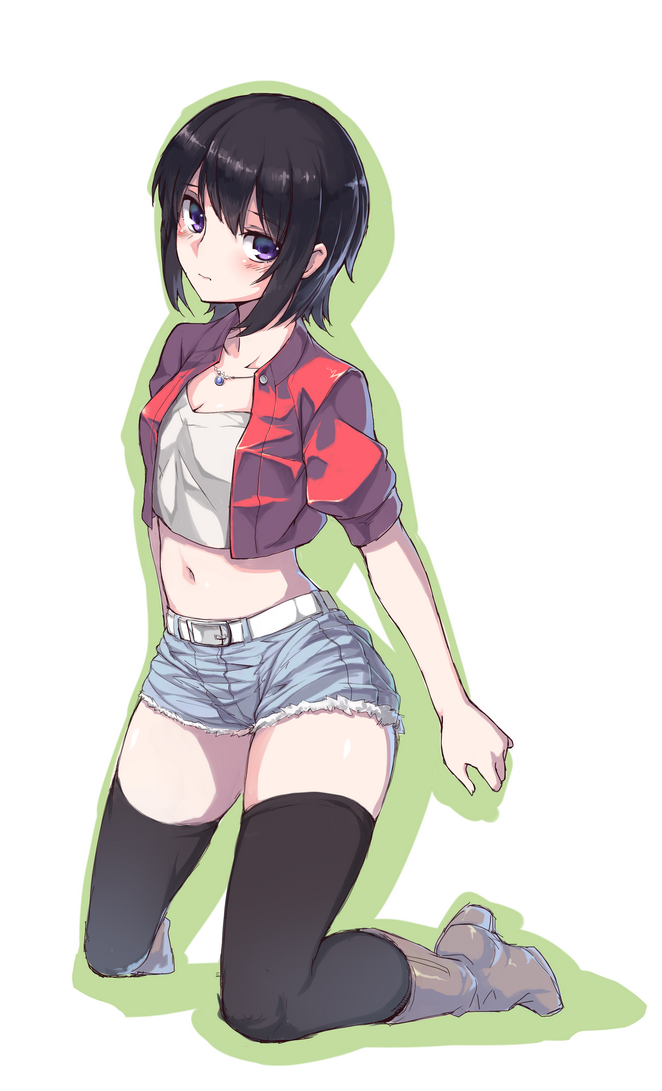 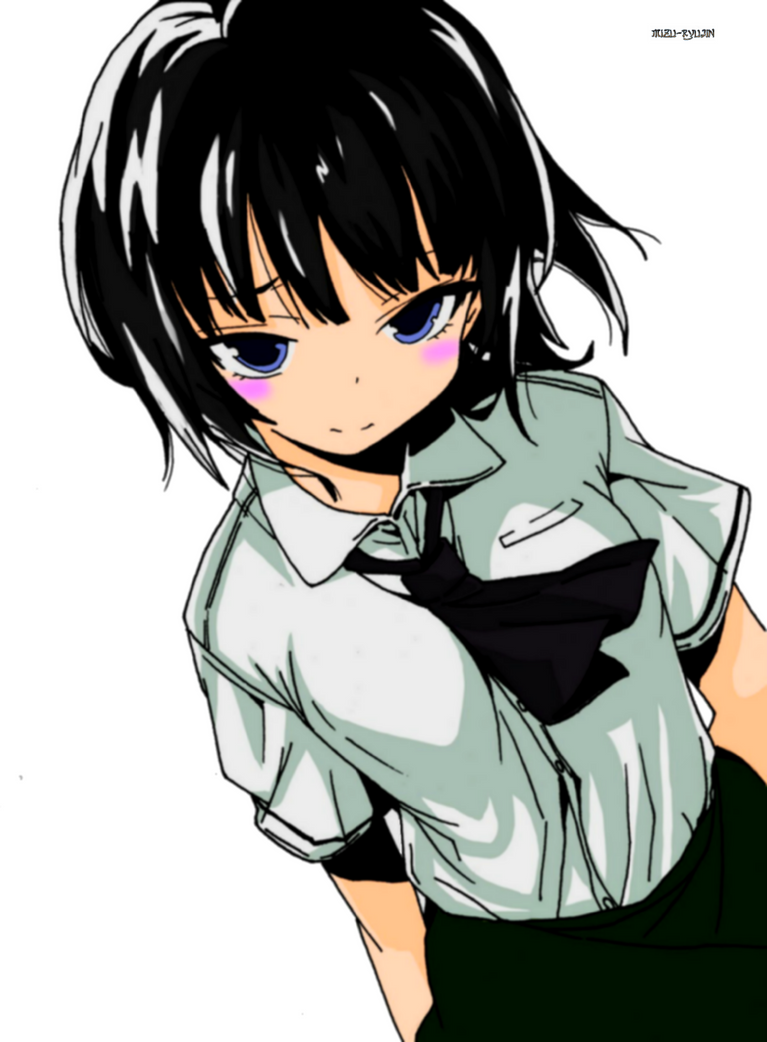 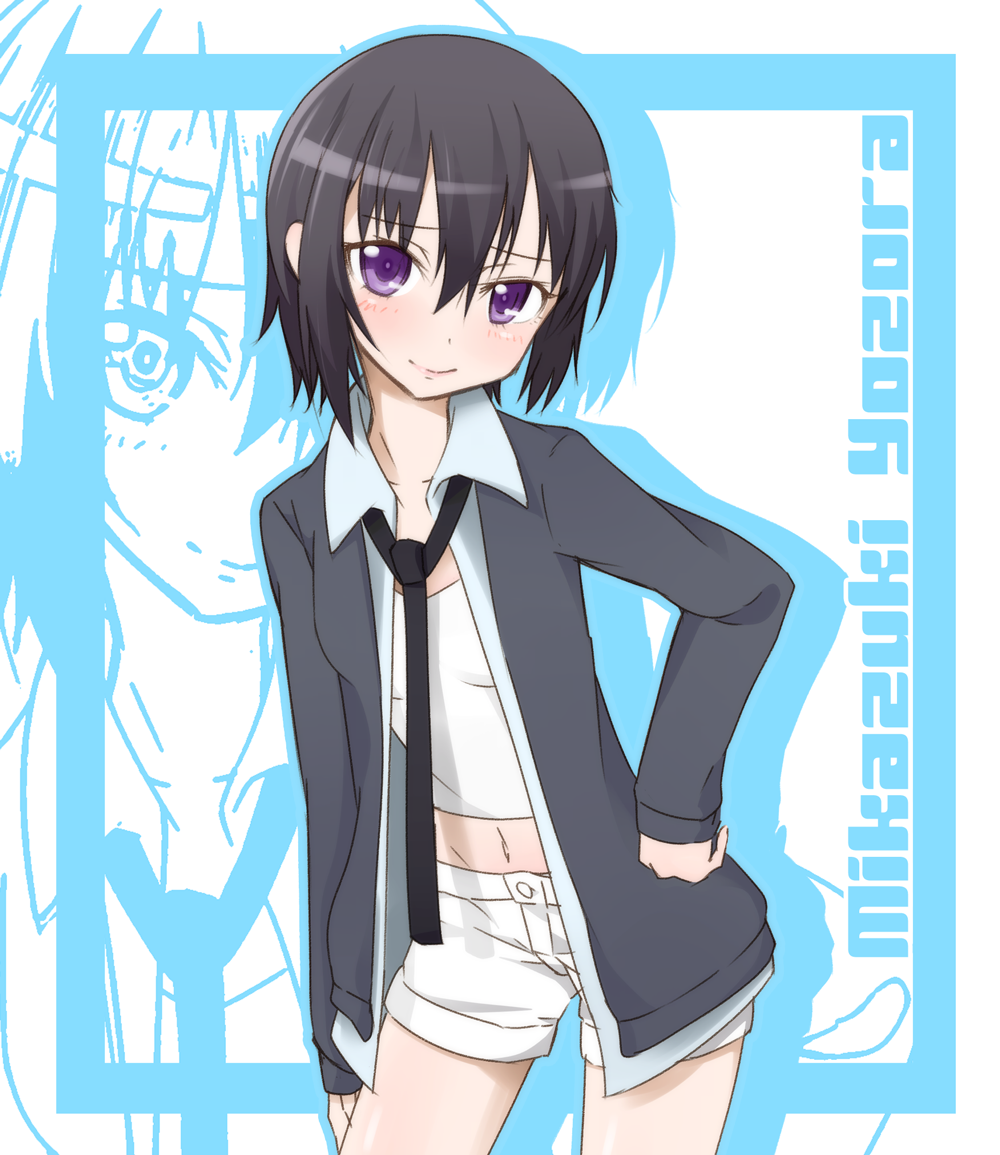 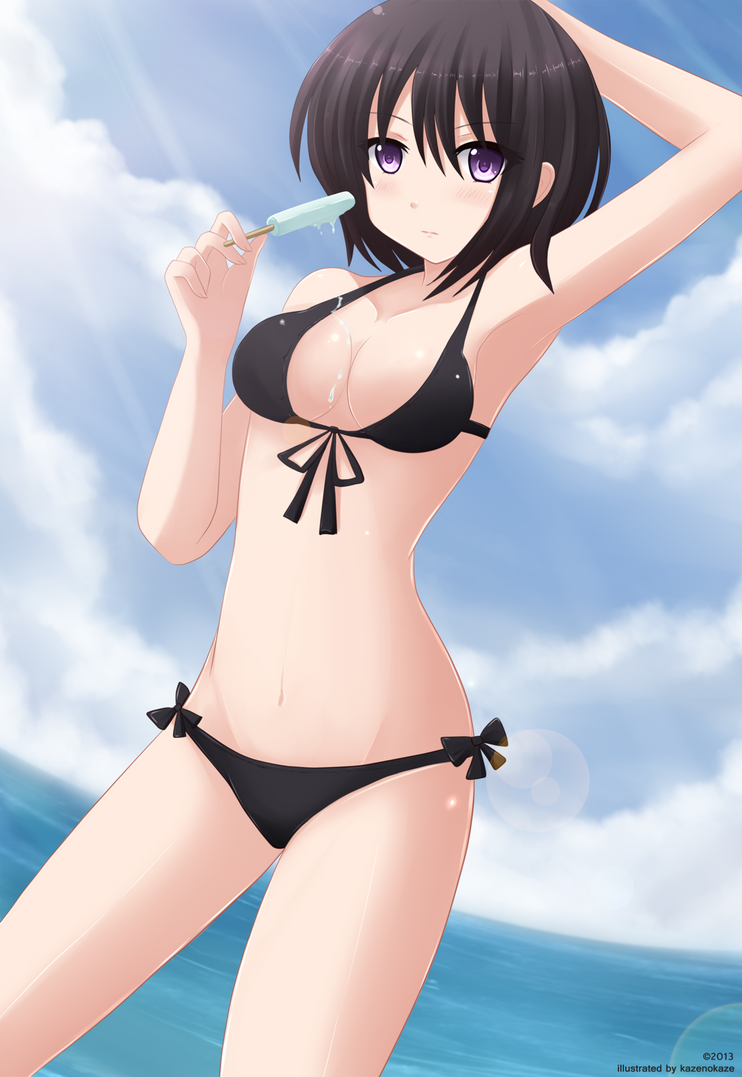 If one were to use a single word to describe Fukuzawa Eri, it would be... airheaded? Confused? Absent-minded? The point is, she's not all there. She has a bad habit of not knowing where she is, what she is doing there, or who anyone around her is. A number of people have even begun to consider that she has serious short-term memory loss, except she generally seems to know where she thinks she is, just not where she actually is, which is much more likely attributed to her legendarily short attention span. After having gotten used to this, she tends to be very laid back and take things as they come. Although, she can also get very stubborn about her situation, to the point that she will put herself through hell rather than admit she is in whatever situation she is in on accident.

Because she has such horrible focus, Eri usually relies on her looks to get her places in life, which, for the most part, works (that's sort of how she ended up in the AFW... sort of). Because of this, she doesn't have much of an issue with showing off her body... or getting physical with it, if the need arises. However, although her attention span is terrible, Eri is actually quite intelligent. She is pretty capable of adapting to a situation on the fly, or at least faking it, and while her retention is awful her problem-solving skills are certainly above average.

Despite the best efforts of even the highest management, nobody can seem to figure out who Fukuzawa Eri is or what she is doing in the AFW. Sure, she has a fully filled out application that was reviewed and accepted, but nobody can seem to recall anyone coming into apply, and the only AFW employee who remembers anyone of her description talks about some girl wandering in talking about how stoked she was to be a model. In any case, she is now signed up in the roster as a competitor, having checked every box on the form with total willingness (including the ones that only apply to tag teams).

Fun Facts:
-Because of her poor attention and laid back attitude, most people either really enjoy Eri's company or can't stand her. More often than not it's the latter.
-Eri has a soft spot for pizza, especially with exotic toppings. It's unfortunate for everyone involved, then, that it can take her up to fifteen minutes to order food.
-Although she didn't join the AFW knowing it was a wrestling group, Eri does enjoy watching various combat sports on t.v., and is fairly sturdy for someone her size.