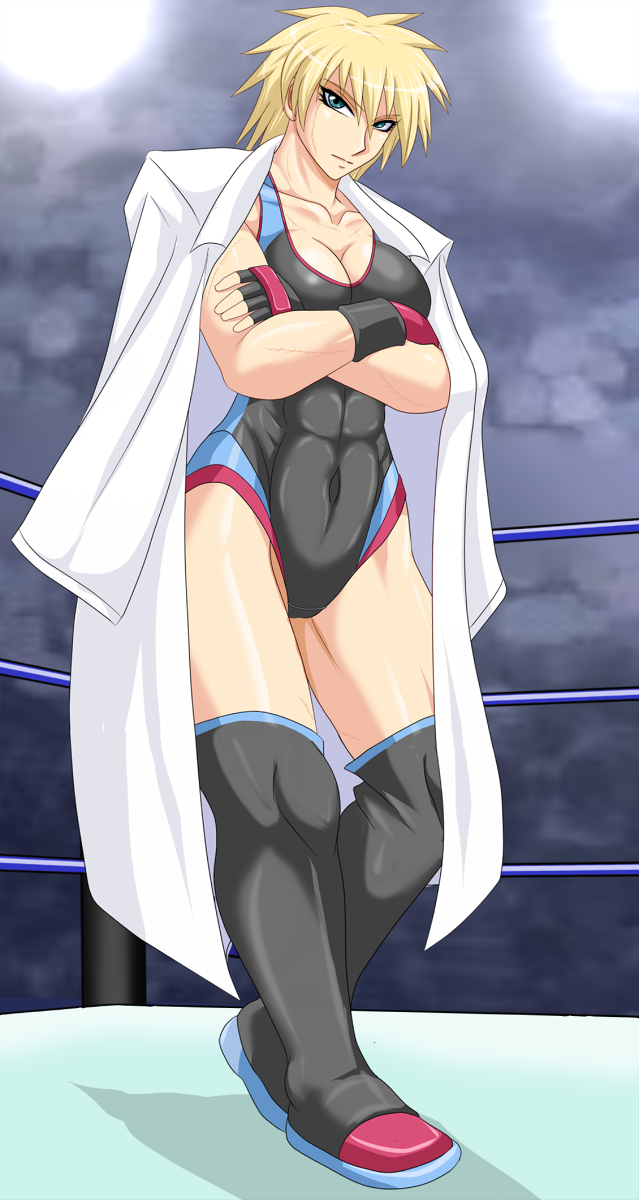 Style: Just... LOOK at her. It's kinda obvious. Hit you hard, throw you harder, and then twist, squeeze, or crush something until it gives or you do. She doesn´t rely on technique. All she need is her power, her strength, her size and her weight to win a match! Don´t believe it? She will proof it to anyone.

Strikes: 5/5 her biggest strength, without problems she can knock out an opponent with one, good aimed punch.
Submissions: 0,5/5 She really sucks at this. Her best submission technique is to punch her opponent and ask him to give up; she keeps this up till he finally gives up. (Not very effective)
Powerhouse: 5/5 Knows some strong throws and suplexs to destroy her opponent.
Aerial: 1/5 Like a rock jumping from a bridge. Effective but not very gifted.  Counters: 3/5 mostly use her power to fight out of the most situations.


Knock out punch:
When her opponent is down on his knees, Alouette fires a strong punch at the side of her opponents head. She puts all her force and weight behind this punch. With a punch like this she can turn your lights off.


Intro music: We Are The Empty - Wasteland


Personality: Alouette is a professional. She makes little allotment for anyone else in this league except for the understated joy of pounding someone's face in. She can be friendly once past her prickly exterior but she considers most of the wrestlers here beneath her. Considering her imposing stature, a bit of pride is certainly warranted... 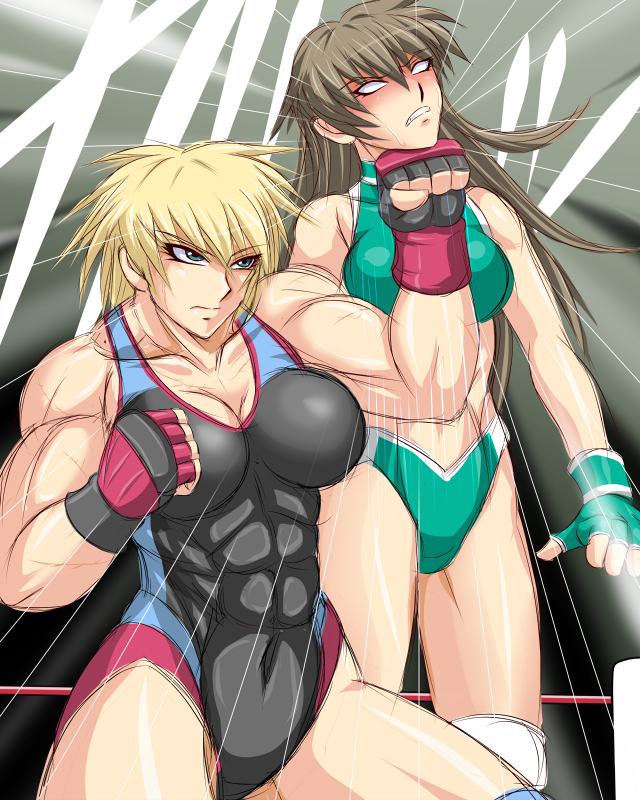 History: Alouette had been an athlete since she was a child. Her size and natural athleticism made her a force to be reckoned with. She made the boys hockey team in middle school just to prove she could, and had by then participated nearly every sport she could, save for wrestling.
Already as tall as most of the boys in her school, when Alouette hit her growth spurt, she definitely stood out.
Often she was bullied from the other kid´s because she was so tall. There was one smaller girl how often insult her really bad. Every time she tried to fight back, the smaller girl started to cry like a baby and no one wanted to believe Alouette that the other girl started the fight with her. So over time she became frustrated over this and started to dislike smaller girls. To get of some energy and frustration she joined a gym to train. From there on her body started to build up muscles very fast and she became much stronger and she also won self-confidence.

One day at the gym, a particularly belligerent bodybuilder insisted on picking a fight with her. Despite Alouette's attempts to defuse the issue, one final taunt finally set her off. "Why are you that big if you don't fight, huh?" It was a good question, and she granted the braggart's wish. She illustrated to her quite soundly the difference between bodybuilder and athlete, looking tough and being tough, and bruises and a trip to the hospital.

Fortunately for Alouette, nearly everyone at the gym liked her more than the braggart and were happy to tell the police all about the nasty tumble down the stairs the braggart took.

But Alouette had realized something. She had really beat that girl. And she loved doing it. She was almost disappointed the fight had been over so quickly.

Alouette had found her calling, and after a few years working through smaller wrestling circuits, she was soon recruited into AFW.

Fun facts:
- Alouette will generally cop to being French as she lived on mainland France for most of her life but she spent her youth running across the island of Corsica and that's where her heart truly is.
- She's a philosopher in her spare time but that does not pay the bills. She is surprisingly well read on the ancient Greek and classical French writers.

(This is adopted Character from Hawthorne22)