MATCH TYPE: BEDROOM
VICTORY BY PINFALL OR SUBMISSION
ADDED STIPULATION: 2 OUT OF 3 FALLS 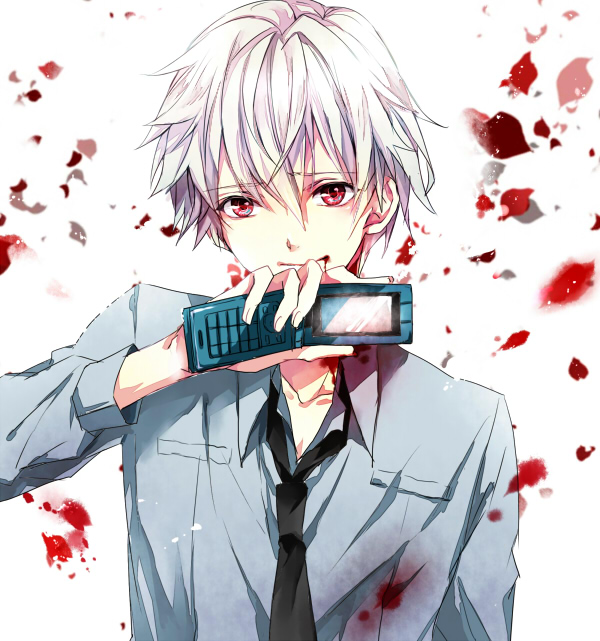 Ryota was nervous as he walked down the corridor of the Fur & Feathers arena, he was set to make his debut match, and it was a bedroom match no less! He was decked in his blue shirt with black tie, complete with black pants and shoes, and was fidgeting his fingers as he anxiously made his way towards his destination. Turns out he was against the Winter Spirit, Jack Frost. Ryota definitely knew who this man was, but was frustrated that he hadn't thought to wear warmer clothing in preparation.

"Heheh....least the bed should be warm.....oh?" He thought to himself to keep himself calm, until he nearly walked face first into a door. He stood back and looked at the number on the door, before looking down at the note he was given with instructions on where he was meant to go, this was the place. He walked in and turned on the light where he noticed the large bed in the centre of the room, complete with a mirror in the room where he could look himself and a camera in the corner, apart from that the room was pretty much bare. "I guess I should just wait..." He thought as he slowly loosened his tie and walked around the bed, feeling how strong the structure was as well as how soft the bedding was.
_________________

Jack at this point was more than excited to get an actual match underway. This would not be in front of an audience, but the match would be taped for release at a later date. This was official and had to go on record after all. Making his way into the room, he eyed his cute opponent before stripping off his sweatshirt, exposing his lean pale torso, which contrasted sharply with the dark brown of his tight pants.

Ryota jumped as Jack entered the room, almost not expecting him to actually show. He watched as his opponent took off his sweatshirt and revealed his gleaming torso, causing Ryota to stare and forget what was going on for a few seconds, before shaking his head and listening to what the winter spirit had to say. "Y-yeah! Let's do this!" Ryota said with a nod and a smile, before pulling off his own shirt to reveal his lean body, and positioning himself on the bed in a kneeling pose, before stretching out his arms in a grappling position, almost as if inviting Jack to join him.

"I'm gonna show you why they nickname me "Iron Will"!" He said with a smirk and a light-hearted laugh. Sure, he was nervous, but he wasn't going to let that get in the way of the match. He mockingly made a motion with his hand as if pretending to ring an imaginary ringbell before saying "Show me whatcha got!"
_________________

Flashing his perfect white teeth, Jack wasted no time leaping onto the bed, wrapping an arm around Ryota's head and falling backward into a DDT. The impact should shake him up somewhat, allowing Jack to drag the young man to his feet, before sinking a few punches into the exposed abs of his opponent.
_________________
*sigh* Ok let me get the passcode.....all set, go on in!

Ryota expected Jack to be slow and have the match start off on a calm pace, but it seems he had other plans as he sprung forward, catching him off guard and would go to DDT him straight onto the mattress. Ryota yelped as the impact didn't exactly cause him any damage, but it made sure to daze him momentarily, enough for Jack to keep up the advantage as he began rapidly punching his gut.

"Ch...cheater!" Ryota said desperately as he tried grabbing the back of Jack's hair and tried to forcefully push him back down to the mattress, where he would attempt to wrap his arms around his waist and squeeze. It would be a light bearhug admittedly, but Ryota hoped that the body heat would be able to get to Jack and distract him.
_________________

"Not cheating when the match has started hot stuff!" Jack replied, ready to go back at Ryota's exposed head, when he felt the hands of his opponent grasp at his hair, throwing him down to the mattress. A bit dazed, Jack felt the young man get him into a bear hug, tightening his grip. In truth, it was a weak attempt, and the body heat alone wouldn't throw him off either. Only Hiccup could raise the temp that high.

Raising both hands, Jack slammed a double axe handle into the small of Ryota's back, before wrapping his arms around the waist of the jobber. With a grunt of exertion, Jack lifted him up, before slamming him to the mat in a power bomb.
_________________
*sigh* Ok let me get the passcode.....all set, go on in!

Ryota squeezed as much as he could, but due to his frame and stature, it left little to no effect on the man, it was stupid if anything. He suddenly felt both of Jack's hands smash straight into his back, and it caused him to release the hold and bend over in pain.

Feeling himself get lifted up, Ryota had little time to react as he was lifted up on to Jack's shoulders. "Waitwaitwait...!" Ryota protested, but it was too late as Jack slammed him down to the mattress with a powerbomb! Slightly stinging from the slam, he desperately pulled himself away and looked for anything he could use to aid him, which resulted him pathetically throwing a pillow straight at Jack, which bounced off harmlessly.
_________________

Jack couldn't help but laugh when the pillow was tossed at him. Catching it, he smirked at the young man, "Thanks! I'll remember to give this back once I tuck you in!"

Not even giving Ryota a chance to reply, Jack slammed the pillow full force into his opponent's face to knock him flat on his back. Tossing the pillow aside, Jack bounced once, twice, before jumping up and landing on Ryota's torso in a frog splash.
_________________
*sigh* Ok let me get the passcode.....all set, go on in!

Jack easily caught Ryota's thrown pillow, and joked about tucking him in. "Heh, it won't be-!" Ryota began to respond until Jack quickly slammed the pillow straight into his face, cutting him off! Slamming back to the mattress, Ryota wiped his eyes just in time to see Jack's slim form crashing straight down onto him for a frog splash!

Ryota's eye's bulged almost as the air left his body and he began trying to regain his breath. "Careful...I'm fragile..." he joked between breaths, he had got no meaningful offence so far, and despite Ryota taking it easily, he didn't want to lose so soon! He tried doing what he could to wrap his arm around Jack's head before wrapping his thighs around his waist in a bodyscissors for an attempted guillotine choke!
_________________

The submission surprised Jack, but not nearly enough to snag a advantage in his position. Sighing, Jack aimed a couple of elbow shot's to the young man's skull, sending the head back against the mattress.A few more strong elbows later, and Jack had Ryota right where he wanted him. Grabbing Ryota's head, he pulled him to his feet, before bringing them both slamming down in a Twist of Fate!

Jack threw himself over Ryota for the cover while the ref slid in and hit the mattress with her hand.