Wrestling Information
Strategy: During the beginning of the match, will try and pinpoint opponent’s weakness, giving them the opportunity to act first (most of the time). After she formulates a plan, she goes on the offensive, attempting to attack said weak point as much as possible. If not pinpointed, she will usually attack opponent’s head. However, if the plan starts to fail, and opponent gets the upper hand, it will be hard for her to recover.
Style: Striker/Technical – Due to training in Muay Thai, she mostly attacks with kicks, punches, elbows and knees. She does have an arsenal of moves consisting of variations of DDTs, some suplexes, etc. Does have an arsenal of aerial moves, like splashes, moonsaults or swantons. Tried to learn how to do a Shooting Star Press, but failed and gave up on it.
Preferred Attacks: Strikes and quick (non-hold) moves (like DDT or a suplex)
Preferred Matches: Anything except hentai (softcore matches are ok (somewhat))
Favorite Matches: Normal, Falls Count Anywhere, Ladder. Wants to try a No-DQ match.

Physical Appearance: A slender girl with relatively modest physique. While she doesn’t have much muscles, surprisingly, can lift people about her size over her head. Has short, green hair and relatively long legs.

Personality: On the outside, she seems like a calm girl. She is fairly introverted and usually won’t talk to people she doesn’t know, even if they are talking to her. However, she is very quick-tempered. If you anger her, she will be quick to shout. Going beyond angering her and she won’t calm until she’s beaten you to a bloody pulp.
During a match, will attempt to keep as calm as possible and not talk too much. She will try not to get into opponent’s mind games, however, she can walk into them without even realizing it.

Past/History: Melody was born in London, England in 1995. Her mother, a CEO of a company, died when she was 6, so she was raised by her father, a worker at said company. Together they lived a relatively happy life, as her father rose through the company while Melody got relatively good grades at school (particularly Maths and Physics). She did however, get into a lot of fights at her school over trivial matters due to her short-temper. During this time, her father signed her up for Muay Thai classes for self-defence.

When she was 16, while at a trip to Newcastle, her friend got her interested to go to a local wrestling event with her. While there she grew to love the athleticism and the stories of the matches. After she got back home, she started researching a lot on the subject, and started to watch major wrestling promotions.

When she turned 17, she fully decided that she wanted to pursue wrestling as a career. Her father, while hesitant at first (thinking that she should go to either business or science) decided to say yes, signing her up to a local wrestling school outside her regular studies. During her final year of school, she discovered a Japanese organization by the name of AFW. While she was turned off at first by its sexual aspect, she grew to love the normal matches the company had to offer.

Once she turned 18, she went to Japan to complete her wrestling training. 2 years later, she joined AFW.

Wrestling Attire: Her Entrance attire consists of a crop shirt worn atop a sleeveless jacket (with sleeves being worn separately). On her legs, she wears racer pants and athletic shoes
During a match, she takes off her jacket, sleeves and top, leaving only a bikini-esque sports bra, racer pants and shoes

Likes:
- Wrestling (winning in particular)
- Japanese pop culture (manga (especially One Piece), anime, games)
- Pokemon (with Serperior being her favourite Pokemon (and not just because her surname matches with its name))
- Her friends and family
- Cartoons (Favorites: Bojack Horseman, and Rick and Morty)

Dislikes:
- Cheaters (Rulebreaking in general) (Can be irritated at rulebending, but won't get as angry)
- People who piss her off or disrespect her or her friends
- Tomatoes, separate and in any food

Fun Facts:
- She is asexual
- Her favourite movie is Deadpool
- As well as Muay Thai, she took up fencing as an ECA. 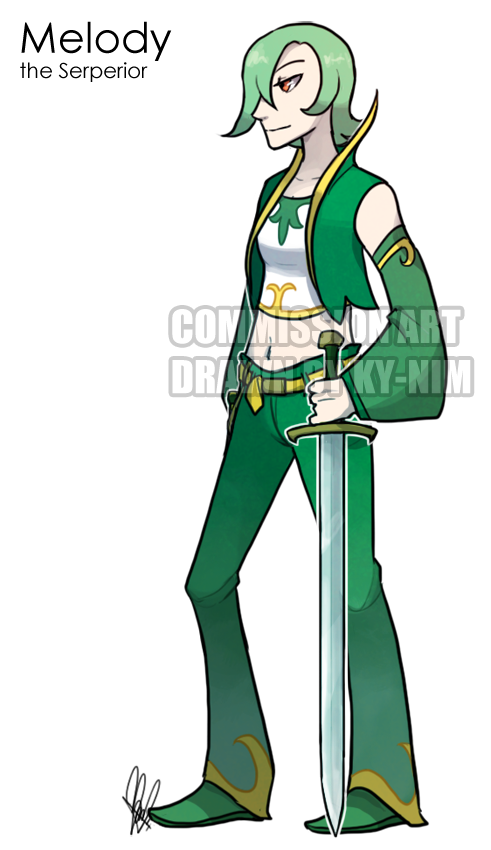 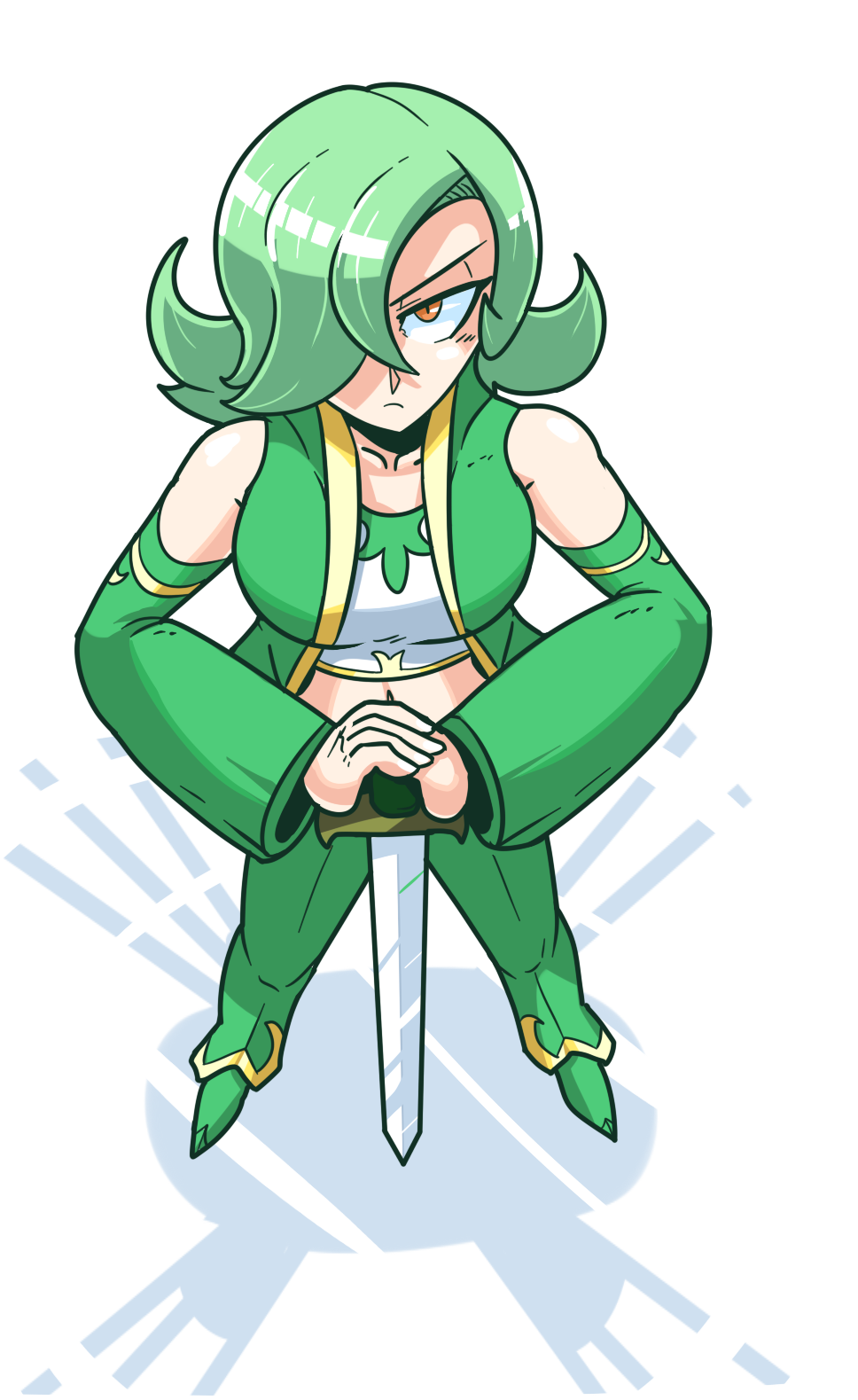 A photo of a commissioned wrestling attire (reskinned from Ring Dream by DizzyKnight): 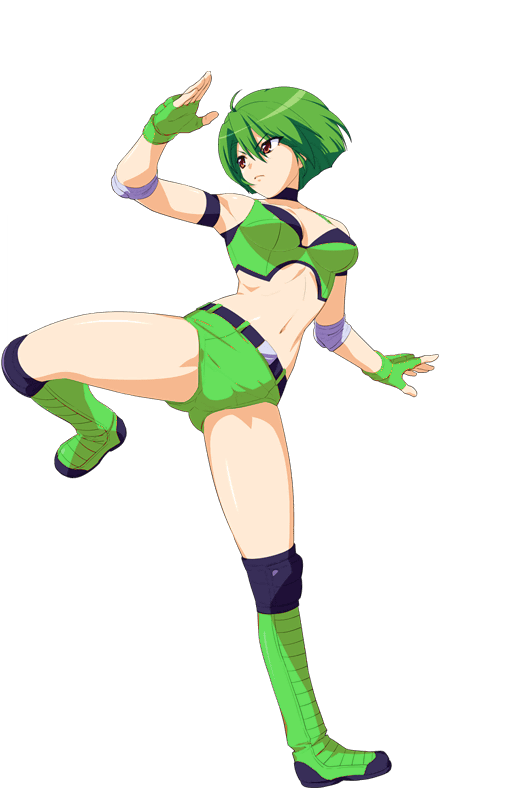 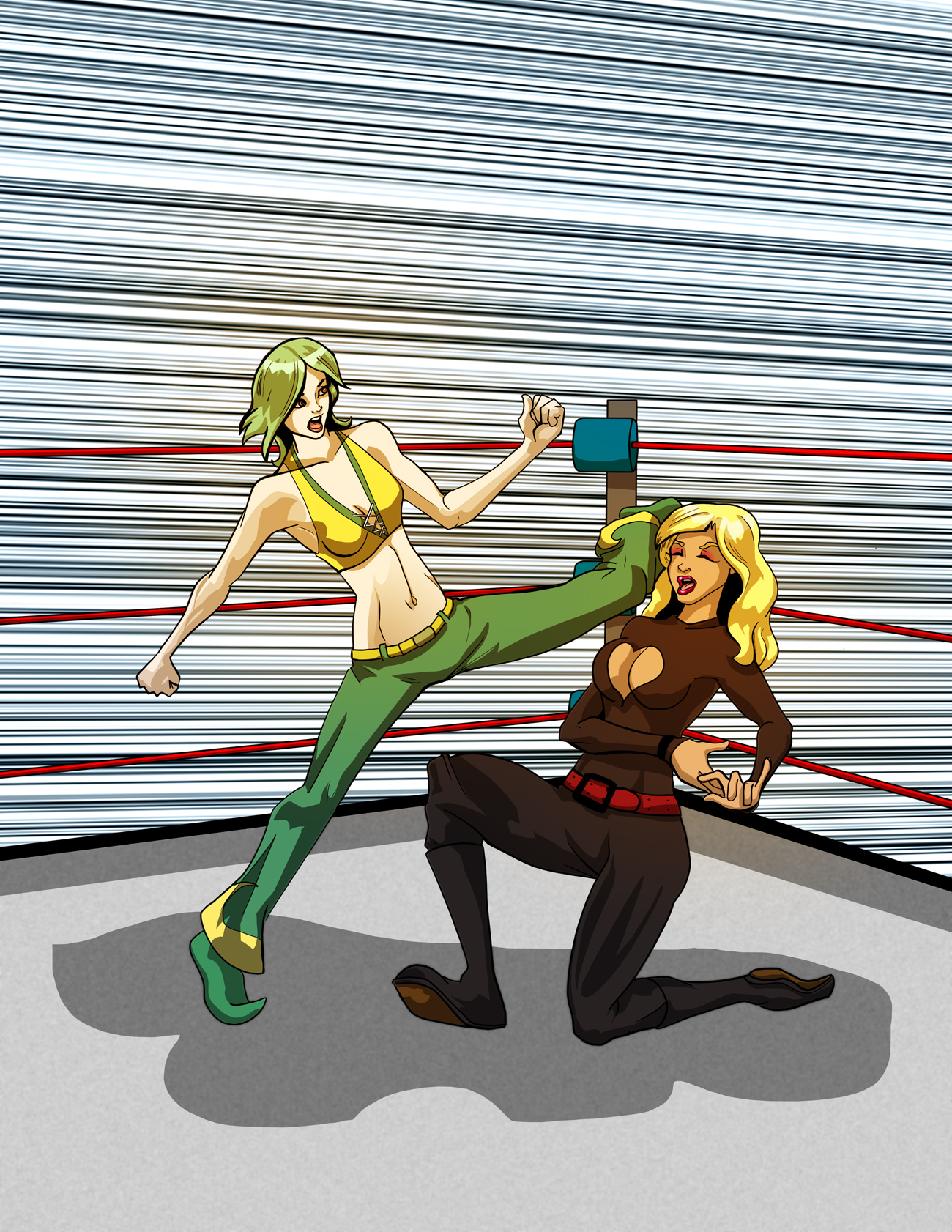 3. vs Akiko (No DQ) - a No-DQ match that slowly transitions into a catfight between the 2 women.

4. A win is a win - on the phone with her best friend after her first match

5. AV 16 - vs Lena Oxton (No DQ) - another No-DQ match (and first PPV outing) which ends up being an emotional rollercoaster

6. Loser's Meeting - After the match at Avalanche, and meeting with former Tag Champions

8. Tactical Retreat - consequances, and getting a match against the former champion

9. Abrupt Negotiations - Tries to help Navi get a valuable rematch, with her recent accidents ruining everything

10. vs Alaina Sanders - Can Melody get her luck back by beating the former Entropy Champion?

11. Time To Talk, No Chairs - Post Match talk with Alaina

12. Picking up a friend - After Navi loses and is carried off to the locker room by her, Melody zooms from her house to save her friend!

14. One Night Elimination Tournament Series Kickoff - Melody signs up for a tourney, which accidentally involves her 2 least favorite people in the company

16.Trying to Break Out - with both Melody and Alaina in a slump, she decides to call the Amazon to spar with her and Navi!

17. Bookstore Encounter - an incident at a bookstore with Navi ends up souring Melody's relationship with Akiko

You might want to put spaces in between the paragraphs in the Past/History section so that its easier to read. But other than that, you are approved and may RP as you like
_________________
The new and improved: Kelsea's Karacters