Cassandra and Allison "The Victorian Beauties"

Cassandra and Allison "The Victorian Beauties"

Strategy: Cassandra is the distracting powerhouse, with the help of sneaking Allison to use Aerials and etc.
Styles: Kicks, Judo, and large amount of teamwork.
Types: Powerhouse and Aerialist

Preferred Attacks: Both use Submissions, but differ in terms of size. So while Cassandra does the lifting/throwing moves, Allison will use Aerials. The two often combine these strengths.

Preferred Matches: In a tag team they will do standard-Henati, probably not hardcore until they settle in though. But they like stipulations, like POW.

Endurance: ★★★★ - Both are the same in endurance terms, which is odd since their sizes differ so much.
Strength: ★★★★ - Cassandra is much bigger than Allison, so strength logically differs here.
Speed: ★★★★★ - Allison is much faster than Cassandra.
Defense: ★★★★ - Since Allison is somewhat, fragile, Cassandra can take more than her fair share of punches.
Technique: ★★★★ - While both have trained about the same time together, Cassandra's technique is better.

Tag Taunts: The duo enjoys enticing the audience, and their opponents, with Sexual Taunts. But whether they are aiming them at their opponents or their fans, it is clear that everyone gets aroused by these actions.

The two do their "Rope play" at he same time, but Cassandra's bounces are bigger than Allison's.... :

Entering with a Split! Cassandra and Allison go to opposite sides of the ring and pull on the ropes to lift them up. They then land in a split to slide under the ropes!:

Under and Over: While Cassandra uses a clothesline, Allison tackles the back of the opponent's legs.

B.R.I.T.I.S.H. Breaker: Cassandra will either throw her opponent up in the air, or hold them with her belly to their back, allowing Allison to use a Double Knee Facebreaker on the opponent (While in midair or not).
(B.R.I.T.I.S.H. = Being Rich Is Technically, Incredibly, Severely Hellish!)

The L.A.D.Y. (LIGHTWEIGHT ATTACKS DOOM YOU): While the opponent is sitting on the top ropes, Cassandra will boost a running Allison up to land on the opponent's neck and shoulders. Allison will then use a Frankensteiner, whipping them down to the ground.

Wrestling Attire: They wear bikinis, one red and one white, while on a tag team together. 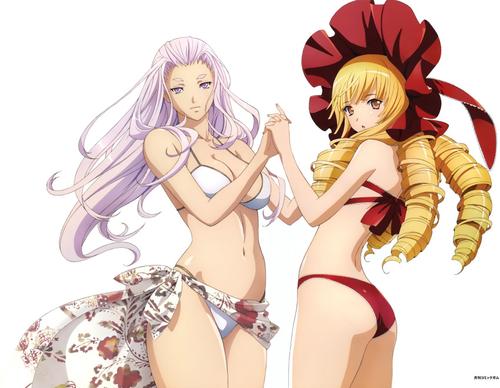 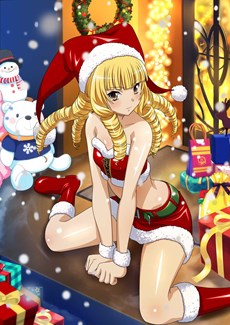 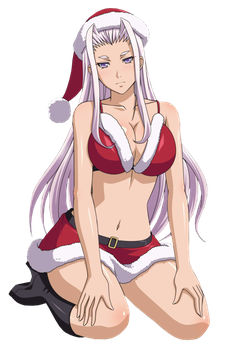 Visual Appearance: One is big, the other small.
(Both are very sexy)

Physical Appearance: One is short, the other is tall.
(Both are fit)

Personality: Together they are best friends who would do anything for each other. ANYTHING - Allison

Their team name comes from the fact that Cassandra hated her family/social status due to their obsession with greed and their narcissism. And if Cassandra hates it, Allison feels just as much hate towards it.