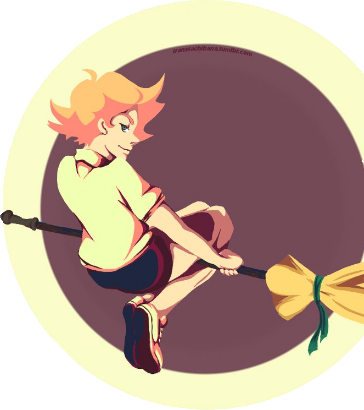 This is Frances, an American girl who understands that there are two kinds of artists who make a career in modern day Wrestling: Girls who can cry, and girls who know how to make other people cry. 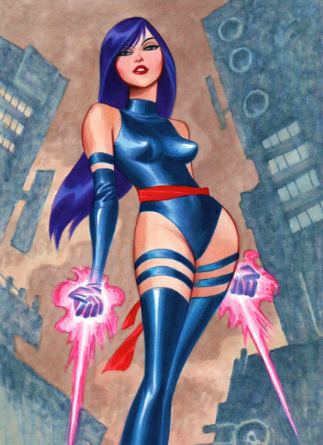 This is Misaki, the character she plays. Read on below to learn their story.

The Story:
When Frances was fifteen years old, after a life of Ds in every class but basketball, she found herself in the custody of the Northern Iowa Juvenile Detention Services: 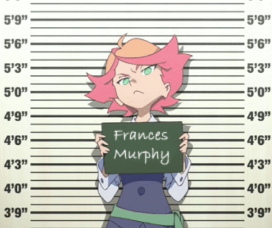 “And for what?” asked the less insightful of her teachers. “Girl drama. Can you believe it? I could just shake her--honey! You are so talented. You don’t need to be wasting your life for some boy you won’t remember in five years...”

‘Girl drama’ is what they call it when a dance student who can do this: 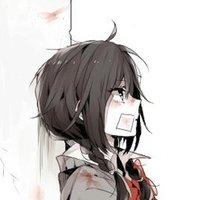 And uses a knee to break her nose and front teeth--ostensibly over a boy. But it was never really about a boy, of course. It was just the explosion at the end of an escalating whirlwind of bad behaviors, starting with joking insults, rising to to shoving and kicking over lunch, until it finally reached that point where Frances decided she needed to be the one who would end this shit.

Later, a teacher at Reform School, Ms. Merkel, saw this for what it was.

“Frances refuses to study in class not because she’s tired or hungry, and not because she has any behavioral disability. What I see is a girl who wants attention in the worst way. And I think she’s fixated on negative attention. If she puts her head on her desk all class, and that makes me call on her, then she’s getting what she wants. If I ignore her, then she picks a fight with Cindy. If Cindy ignores her, then Frances escalates until either Cindy or I can’t ignore her.

As usual, problems like this probably originate at home. Frances’s mother...”

It isn’t my story to tell how Ms. Merkel built that girl back up, brick by brick. I don’t have the space to talk about the midnight calls, the ones full of sobbing, nor the ones where Ms. Merkel cut her off and left her to deal on her own.  I don’t have the time to talk about how dance built Merkel’s confidence, or how boxing let her punch out the pig-skinned face of her mother for hours at a time.

All I have time to say is that there were two things Ms. Merkel said that--no matter how good her grades or how happy her social workers--Frances never believed.

1. “You’re just as smart a student as you are a talented dancer, Frances. You have a future in college.”

See, Frances was never what she might call an egg-head. A thespian? Maybe. But if she was so smart, she wouldn’t have ended up in reform school. And anyway, she didn’t want to go to college. She’d never tell poor Ms. Merkely, but she had other ambitions. She wanted to join the premiere international network for physical, combat-oriented talent: 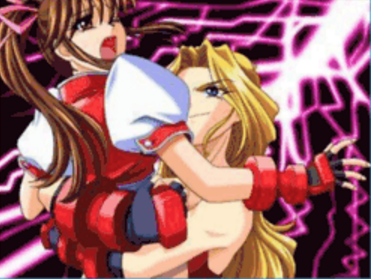 And that led to Thing-Ms-Merkel-is-Wrong-About-Number-Two:

2. “You don’t ever need to hide your real self to be loved.”

See, there were things Frances never told Ms. Merkel. Things she hardly admitted to herself. Like that maybe it was never just about beating up on other students. Maybe 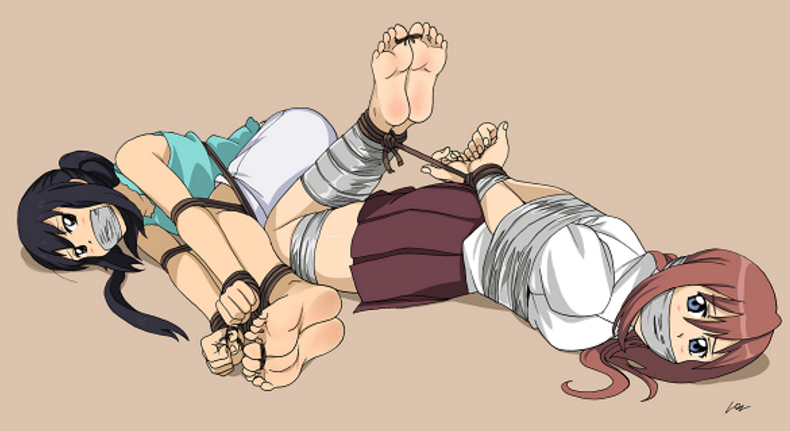 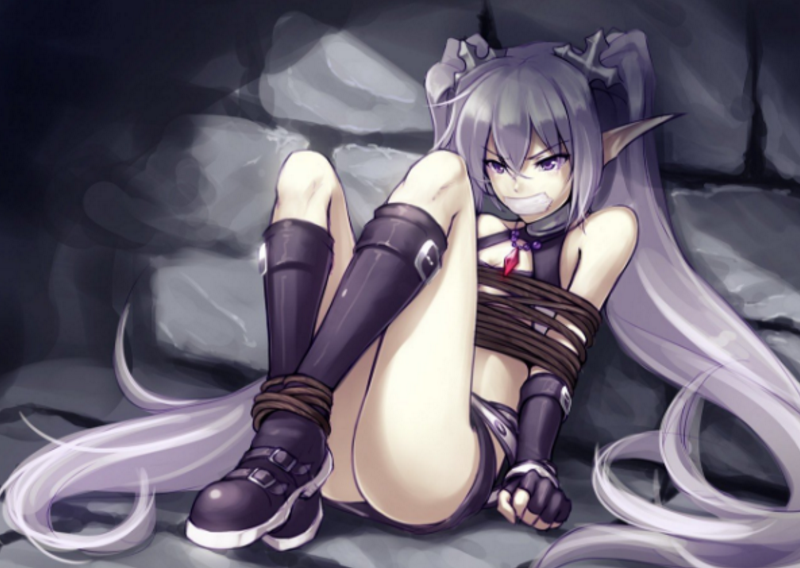 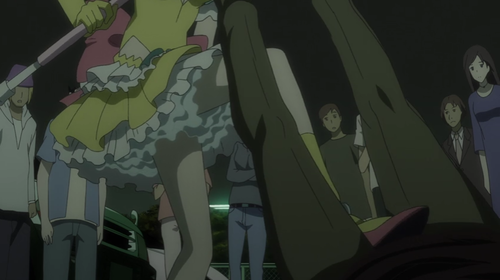 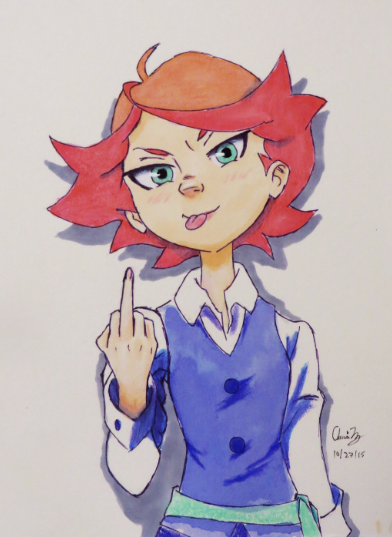 But...Frances couldn't face any of that. Not as herself.

So from hair dye and hair extensions, from spandex and magazines of wild AFW wrestlers, she invented Misaki “The Kennel-Keeper” Risu: 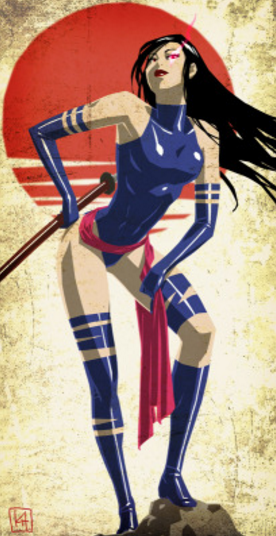 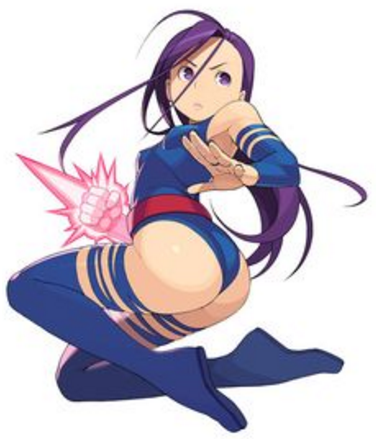 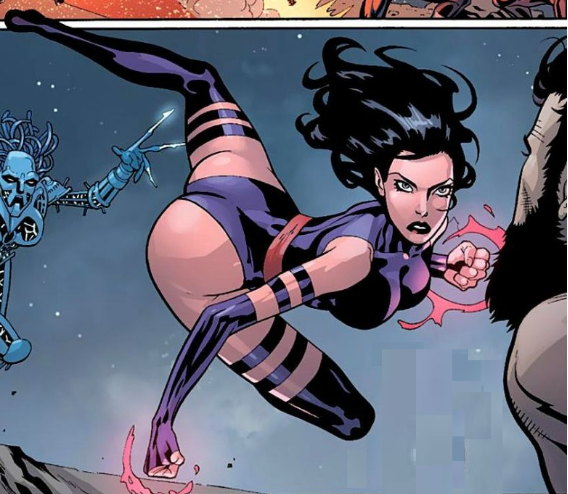 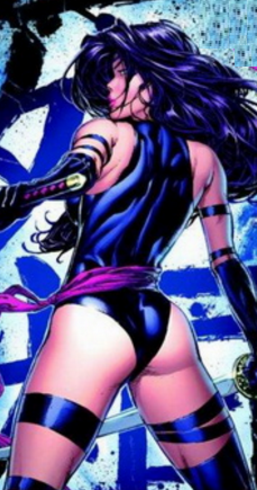 The heel who could give the AFW audience everything they wanted--and have fun doing it.

FAQs:
So Frances Murphy and Misaki Risu are the same person?
Yes.

But they look so different!
Think of Risu as something like Frances Murphy in a very deep cosplay.

Do people know that they are the same person?
For all intents and purposes, no. I'm sure there are some people who know--administrators who signed Murphy on to the company, for example. But most people don't, and unless we decide otherwise together, your character does not.

Do both characters wrestle?
Yes! However, Frances wrestles strictly clean matches, whereas Misaki will do both traditional and hentai-style matches.

Strategy: Use weaving footwork to avoid direct confrontation, then fire off an aerial maneuver to lock in unorthodox submissions. Sounds like a gamble, don't it? She's that kind of player.

Preferred Matches:
Frances: Standard, hard core. Anything where she has the opportunity to break another girl.
Misaki: Anything. Anything. Especially bondage-oriented games with POW stipulations.

Endurance:★★ - "But I'm a conditioned fighter!" So is everyone at the AFW, girl. You're nothing special.
Strength:★ - "Yeah. Fine. Accurate. Shut up."
Speed:★★★★ - So go up to spoiler #1, scroll for the .gif, and tell me how you would describe that moment when she goes into a Tasmanian-style spin. That's how fast she is. Analogically speaking.
Defense:★★★ - Frances can defend herself competently against most opponents in most styles. However, an expert in any one style of combat will be able to overcome her stances.
Technique:★★★★ - Frances can get as technical as anyone but the very best. Her specialization is in aerial-to-submission transitions.

Strikes: ★★ - Yeah, Frances did boxing. For years. She still keeps up with it. Now if only she would hit puberty and grow those sexy shoulder muscles a girl needs to strike the KO...
Submissions: ★★★★ - Frances dives off the top rope and hopes you're strong enough to catch her. That's when she'll use her legs to lock in a strangle-hold while she breaks your wrist with her hands.
Powerhouse: ★ - More like powder-house. Do you know how much makeup Misaki's getup requires? But no. No power.
Aerial: ★★★★ - Like I said. Frances = skydiving spider of leggy death.
Counters: ★★★ - Frances has enough background in karate to step into defensive stances and throw your full-bodied punch aside. She kind of hopes you're not much more sophisticated than that, though.